Staff member
The World Trade Center Cross is a monument made off two crossed steel beams draped with a piece of metal. It was found, along with several other similar crosses at the site of the world trade center. 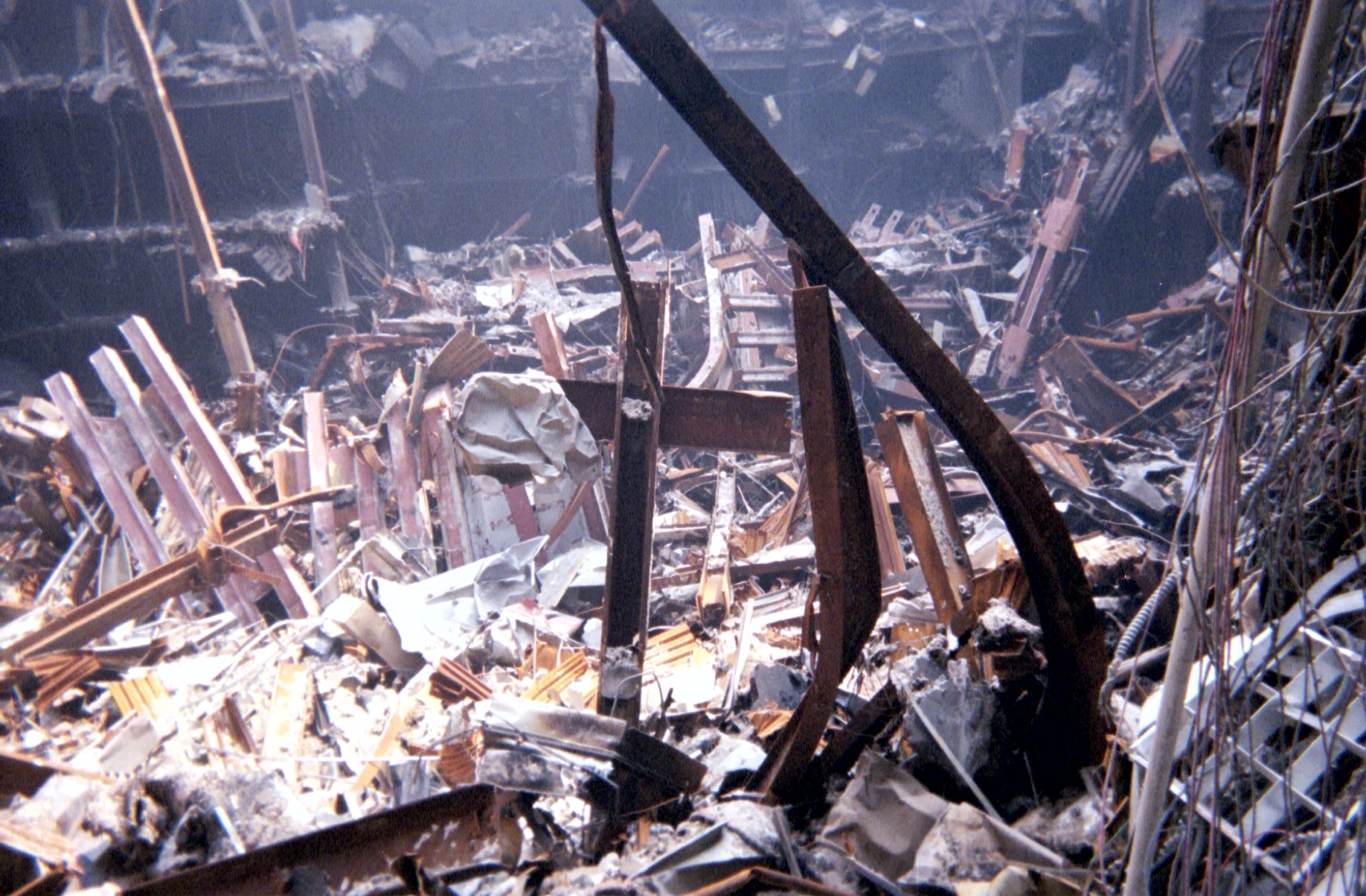 The following image shows the other crosses indicated by arrows. 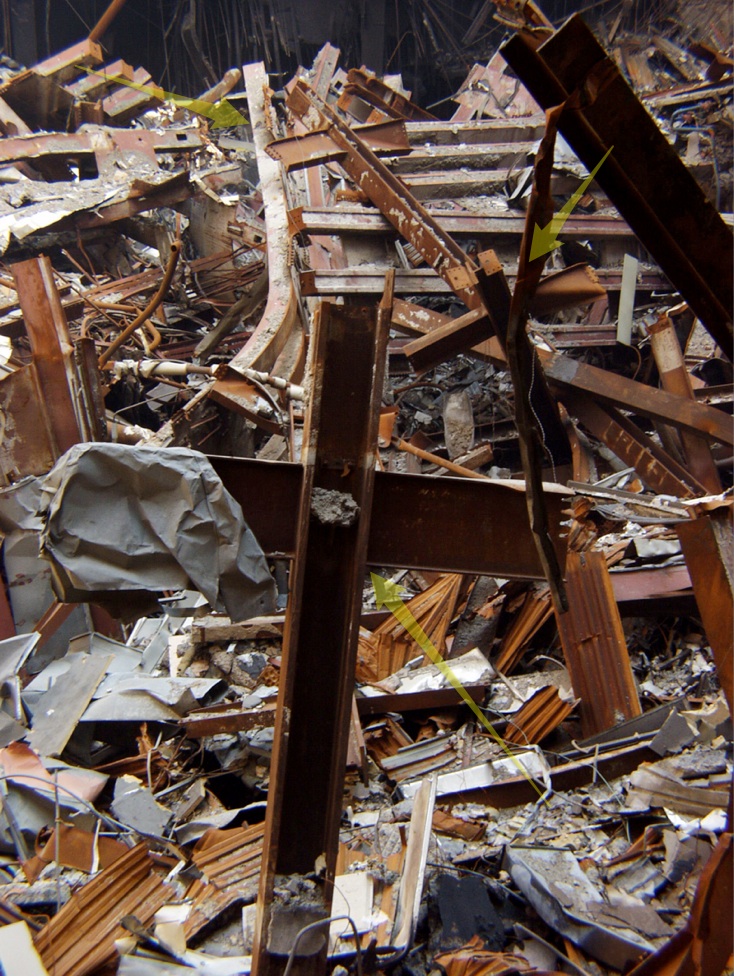 There's nothing really special about it, or the other crosses. The cross is just a prefabricated component that is bolted into place with plates. You can see where the forces of collapse ripped the crosses from their positions, inflicting varying amounts of damage.

The photo below shows an entirely different cross, yet it is often presented as a photo of the same cross. You can tell it's not the same most simply by noting that the center vertical beam is rotated 90 degrees, so the flat side is facing out. 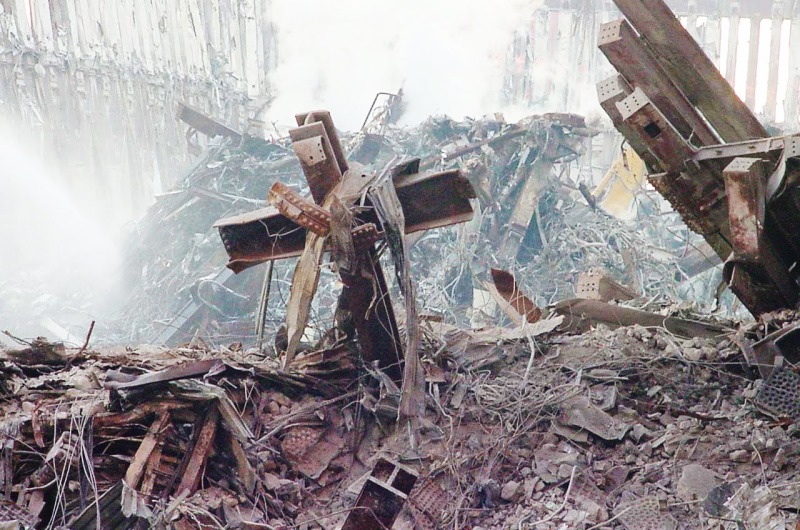 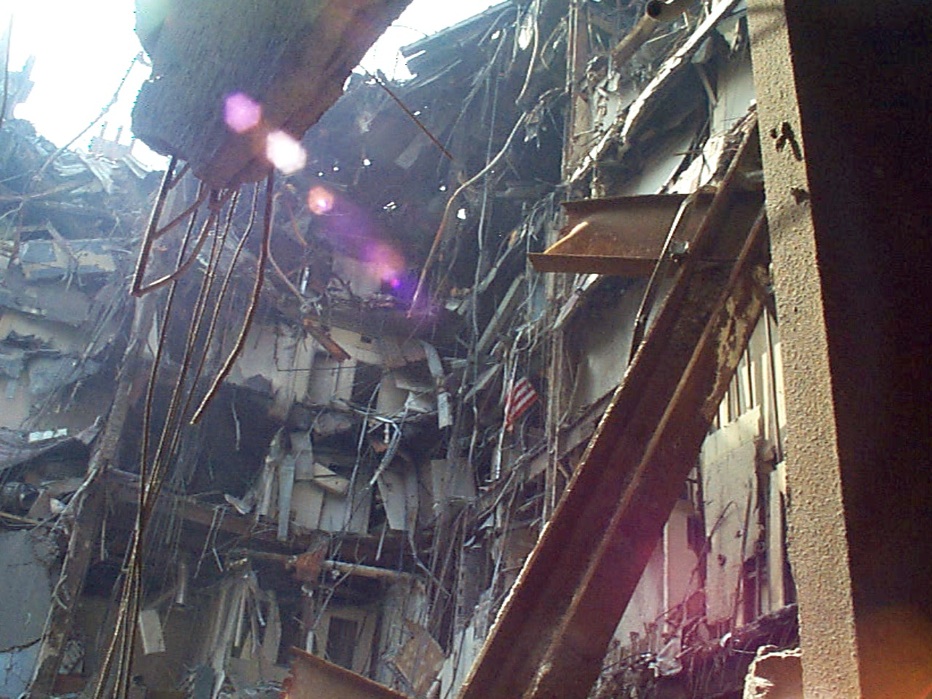 Here's a "double cross", it's quite posible that the crosses seen above are also double crosses, with the rest of the cross buried in the debris pile, and when it was removed they cut off the top part. 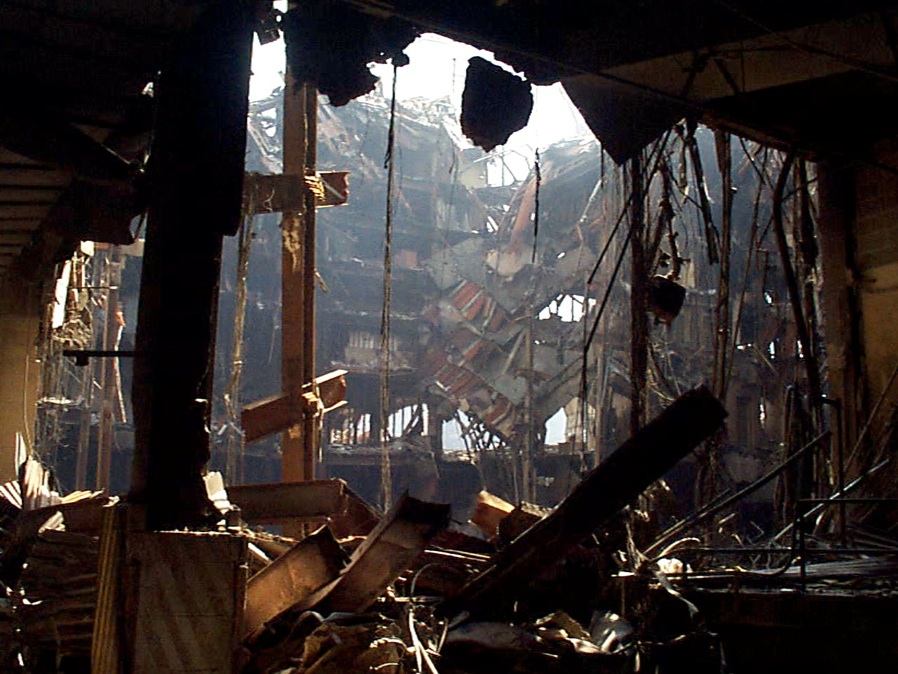 The cross, like much of 9/11 has acquired some mythology, it's presented as a unique, almost miraculous apparition.

Consider what the guy says about the WTC Cross, something the above video presents as evidence for molten steel:


"and there, this cross, fully extended, melted together with the intense heat, the two beams were never initially part of the same structure, heat literally melted them together, and the piece of metal that's draped over was molten metal that had literally fallen over one of the arms"

Quite frankly, that's nonsense. The cross was NOT melted together, there's nothing melted at all about the beams other than their original welds. The two beams obviously WERE part of the same structure. And the piece of metal "draped" over them is about as far from "molten metal" as you can get. It looks more like it was crushed around the one arm.

The metal "draped" over the cross, both here and in the other cross pictured above, somewhat resembles the "Easter Cross" practice of draping the cross with cloth (black or purple) on Good Friday, and so would have resonated with anyone of catholic upbringing. 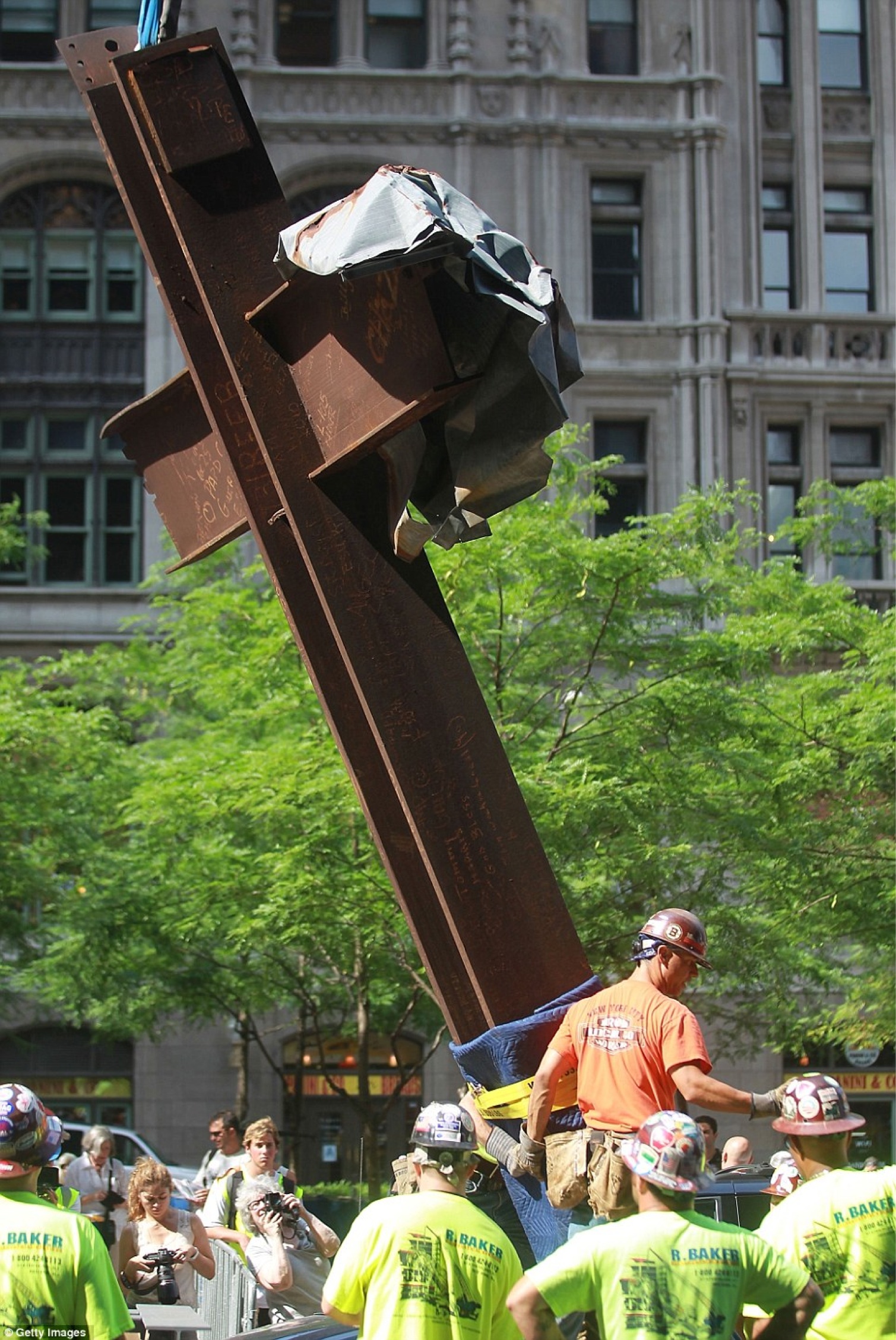 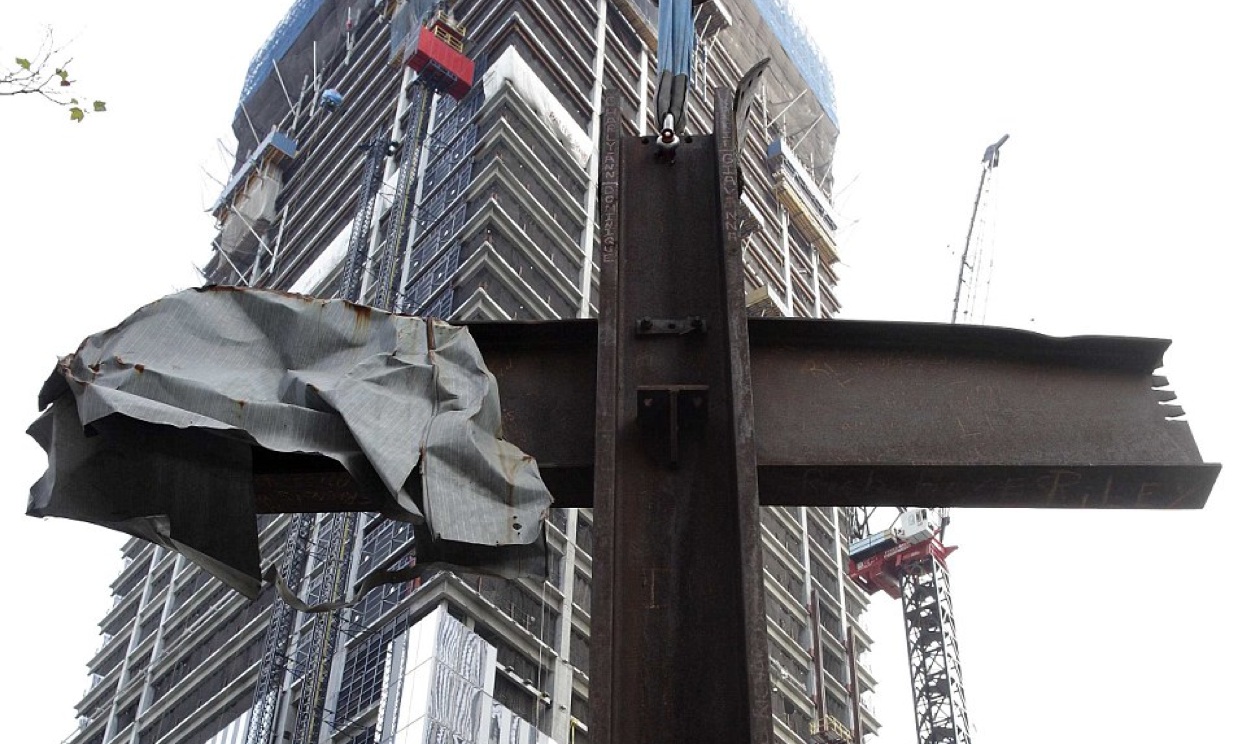 So here you've got a guy going on about "molten metal" and things "melted together", when the thing he's talking about is STANDING RIGHT BEHIND HIM, and quite obviously is entirely unlike what he is talking about.
Last edited: Nov 20, 2013
You must log in or register to reply here.