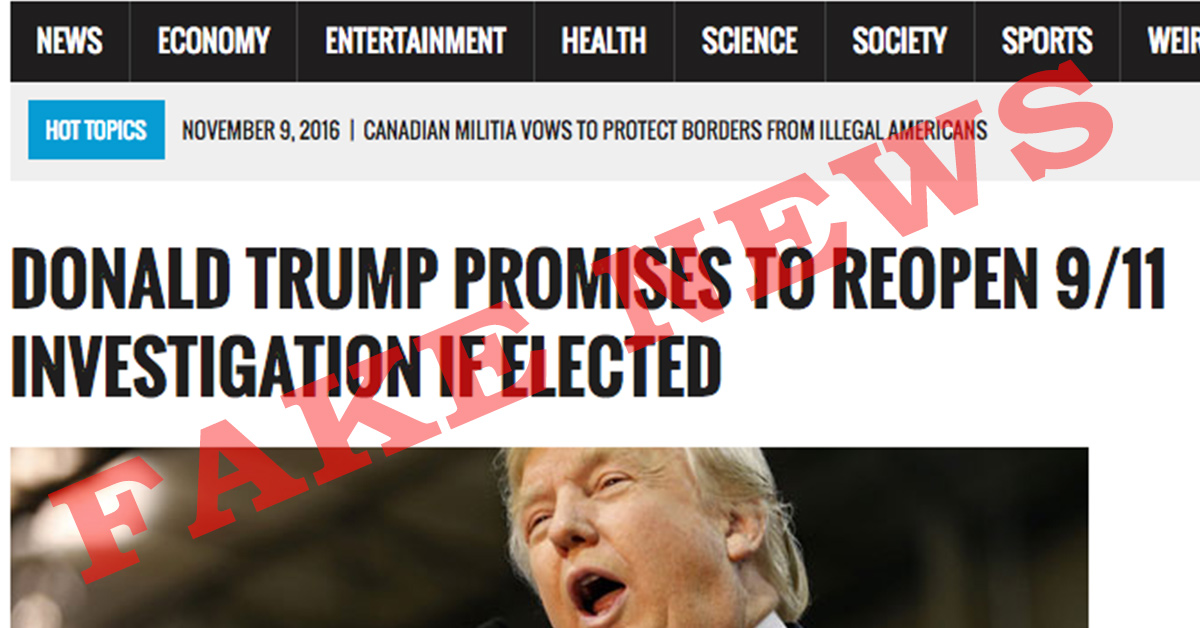 [bunk]
RICHMOND, VA | Donald Trump, the GOP’s 2016 front-runner, brought his campaign to Henrico County on Wednesday night, where he made an unexpected statement after answering a series of questions from the crowd.

Pressed on the subject of the September 11, 2001 terrorist attacks and what he would do to prevent such a thing from happening again, the presidential candidate known for his brash answers completely took his supporters by surprise.

“First of all, the original 9/11 investigation is a total mess and has to be reopened” he told the crowd of supporters. “How do two planes take out three buildings in the same day? I never got my head around the fact that nothing is mentioned about the destruction of Building 7 in the 585 page document” he explained, talking about World Trade Center 7 which also collapsed during the September 11 attacks.
[/bunk]

This story appears to be almost entirely fake. Trump did give a rally speech in Richmond, Henrico County, on Oct 14th 2015. However the speech makes no mention of 9/11 and Trump does not answer questions from the crowd.

WNDR assumes however all responsibility for the satirical nature of its articles and for the fictional nature of their content. All characters appearing in the articles in this website – even those based on real people – are entirely fictional and any resemblance between them and any persons, living, dead, or undead is purely a miracle.

Unfortunately the story was regurgitated by the lower end of online media. First reappearing today (November 11th, 2016) on "Your News Wire" a clickbait site that focusses on Conspiracy Theories. They simply cut and paste the WNDR fake story, and added a few paragraphs.

Then it was was repeated by the UK's "Daily Star" tabloid site, and widely repeated by hopeful 9/11 conspiracy theorists on social media.
Last edited: Nov 11, 2016 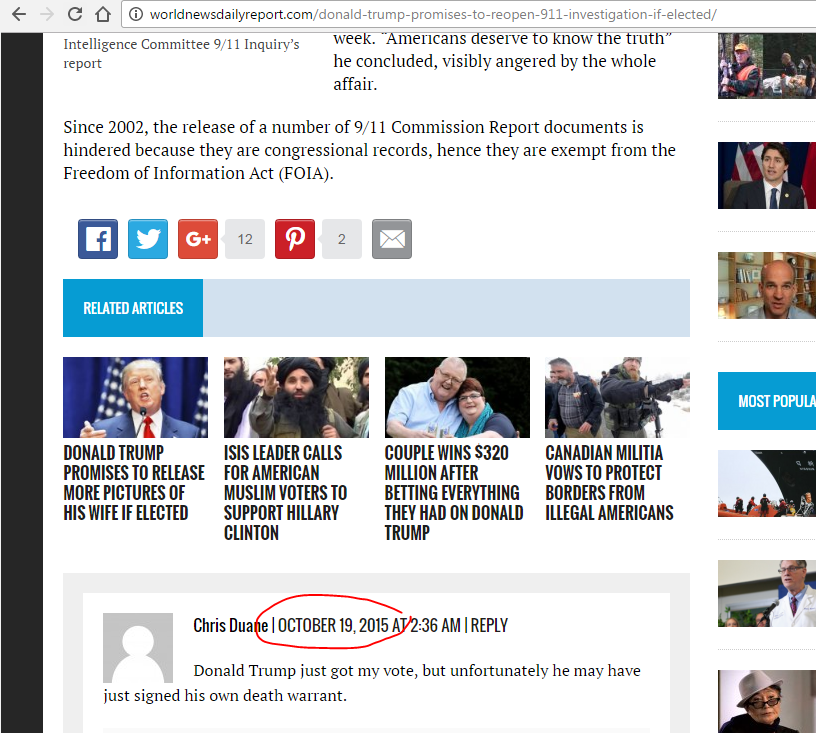 Also confirmed on Google if you search for the supposed quote. 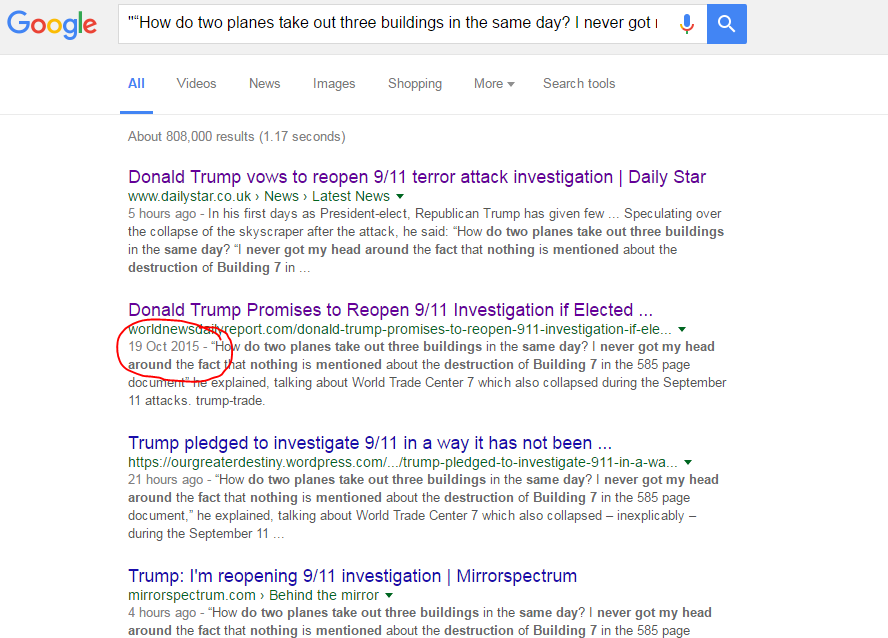 Staff member
I suspect the timing was inspired by real (and very different) comments by Trump, reported the previous day (October 18 2015) on the September 11 attacks.

However, quite contrary to the WNDR claim, Trump was actually making the point that his tough stance on immigration would have prevented the foreign perpetrators from being in the country in the first place.


Republican presidential frontrunner Donald Trump suggested Sunday that he could have prevented the 9/11 attacks had he been president in 2001 -- escalating his feud with primary rival Jeb Bush about the fatal terror strikes.

Trump, a first-time candidate, implied his stance on immigration could have kept out the terrorists who slipped into the United States and trained in the country to hijack the four commercial airliners and kill nearly 3,000 people on American soil on Sept. 11, 2001.

“I am extremely, extremely tough on illegal immigration,” Trump told "Fox News Sunday." “I believe that if I were running things, … I doubt that those people would have been in the country.”

Yes, realized that after checking the Internet Archive. I've updated the OP to reflect this.

Staff member
Trump HAS long suggested that the blame for 9/11 rests, at least in part, with Saudi Arabia.

But it wasn’t the Iraqis, you will find out who really knocked down the World Trade Center. Because they have papers in there that are very secret, you may find it’s the Saudis, okay? But you will find out.

That was from a feb 16 2016 event, so after the original fake story. But obviously he's said similar things for a while. In this instance (39:45) it's just a minor aside - he's actually attacking Lindsay Graham for his support of the Iraq war, basically saying that 9/11 was an incorrect justification for invading Iraq.
You must log in or register to reply here.