So obviously most flat earthers say the sat picture/video feeds are just CGI generated based on known weather patterns, so I've trying to think of ways to demonstrate at a primitive level that satellites do in fact provide realtime video feeds by doing something sane that would show up in the video/picture feed.

For example, how big of a retroreflector would it take to be seen? One could be built with a bunch of space blankets (mylar) and paracord for relatively little cost.

This should show up on the L Orbit sats, if big enough.

Probably it's a no-go for the full-disc images in the USA because each pixel probably covers several miles.
The 10000x10000 pixel full disk is interesting but I think they are not covering USA.

I'm wondering if my best bet is the ISS and it's live feed, since it's so close. But tracking it would be harder, or a retroreflector would only work during a solar transit.

So perhaps a tracking spotlight during the night could blink out morse code.

Indications that something like this might work include this capture of the ISS live feed (Ha! By Jaranism who showed it in his video where he showed the ISS solar transit) - in the right-third of the picture, half way up, where the "shadow" (bright spot) is under the ISS, you can see that something flat and shiny passes under the ISS and a bright spot shows up.

That and during night views, the ISS live feed can also just faintly see the brightest of cities.

It would bring me significant pleasure to blink greetings to my flat earth friends via the ISS live feed.

Staff member
It has been done at night:
Source: https://www.youtube.com/watch?v=2UoY15WDuHQ

Weather satellites like Himawari-8 sometimes show the effects of non-weather events like volcanos, dust storms, wildfires, and floods. There are several good examples in YouTube videos by Australians WheresWally and WadesUnderworld. These effects could not be faked merely by computer simulation of 'known weather patterns'; they would have to be deliberately entered into the images by trained operatives, based on media reports or other sources. And it would be necessary for the operatives to scan a wide range of sources, to ensure that they enter all events that ought to show up in the images, otherwise the fakery would be easily exposed. It just shows the lengths that 'they' (NASA, etc) will go to in order to perpetuate the great satellite hoax!

Mick West said:
It has been done at night:
Source: https://www.youtube.com/watch?v=2UoY15WDuHQ

Thanks! Yes this is super cool! But it was done in coordination with months of planning with the team onboard the ISS - and the video was not sent back in realtime via live feed.

Now to be clear, I'm NOT a flat earther. But after engaging flat earthers for the last year+, I know they won't trust something that took months of planning and human intervention with a greatly delayed video back to earth.

That's why I'm looking for ways that don't require any human intervention on the part of NASA - where it's literally impossible for it to be faked - a method where a flat earther can literally produce a flash in the ISS live feed even when they are the only ones in the world knowing that they are doing it, if that makes sense.

If we had a method like this to demonstrate that there are cameras in space, it makes quite a convincing set of arguments against flat earth because then rockets must work in space, and space must be real because sats are moving so fast without burning up, and they must be orbiting because it'd take too much energy to change direction at orbital speeds all the time, which means sats would have to go around the earth as a sphere, and so on. A whole manifold of problems arise for flat earth as a result of a single point of observation that NASA does in fact have cameras in space sending realtime video.

DavidB66 said:
Weather satellites like Himawari-8 sometimes show the effects of non-weather events like volcanos, dust storms, wildfires, and floods. There are several good examples in YouTube videos by Australians WheresWally and WadesUnderworld. These effects could not be faked merely by computer simulation of 'known weather patterns'; they would have to be deliberately entered into the images by trained operatives, based on media reports or other sources. And it would be necessary for the operatives to scan a wide range of sources, to ensure that they enter all events that ought to show up in the images, otherwise the fakery would be easily exposed. It just shows the lengths that 'they' (NASA, etc) will go to in order to perpetuate the great satellite hoax!
Click to expand...

I totally agree with you.
But the FE mindset doesn't know enough to realize all that, and in fact they have no lazy way to even confirm whether the dust storms seen on sat images are real.
That's why I'm trying to close the loop between the event and the observation, allowing the FE to witness or even cause the event, then see it in the live feed, or weather images, or whatever.

Bottom line: They won't be convinced by anything. There are 50,000 commercial vessels at sea right now, and none of them report anything unusual. Means nothing to FE beleivers. I've tried.


If you're interested, do it for yourself. But don't program your life around these people.

Jesse3959 said:
Probably it's a no-go for the full-disc images in the USA because each pixel probably covers several miles.
The 10000x10000 pixel full disk is interesting but I think they are not covering USA.
Click to expand... 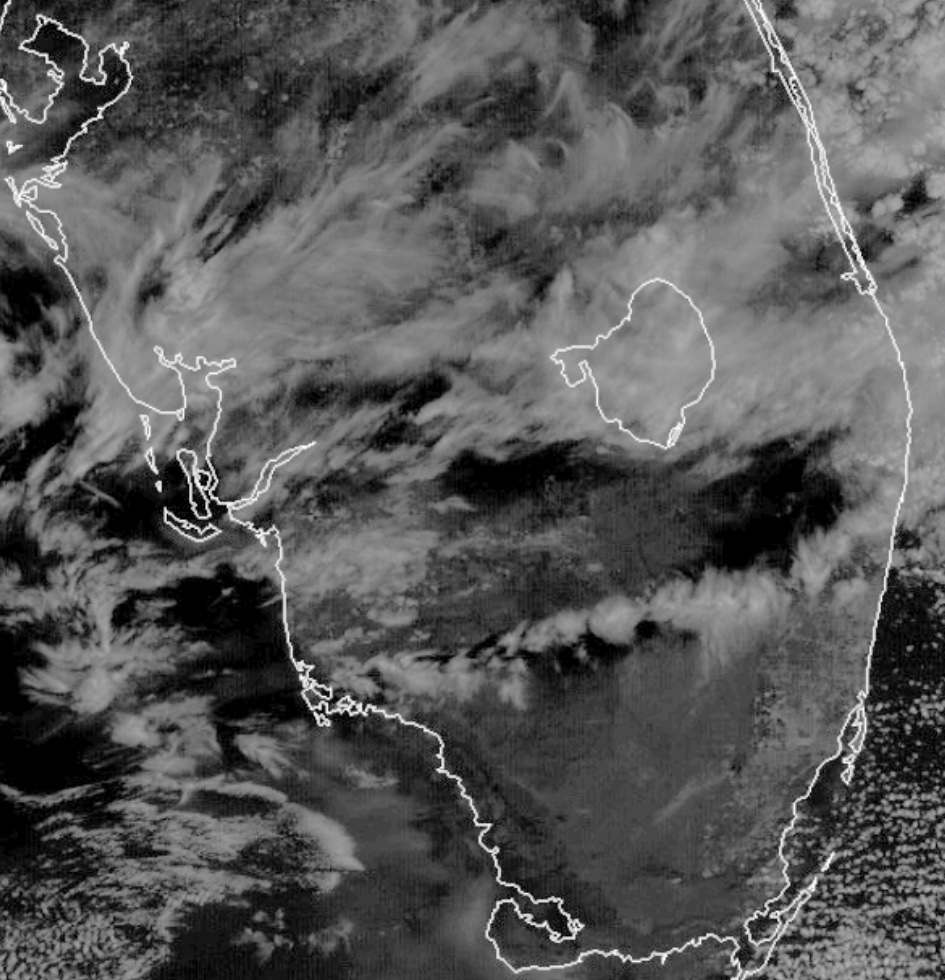 Brightness is more important than size. You'd want to do like in the video, and have a very bright searchlight and/or laser. The good point here is that GOES-16 and GOES-17 are geostationary, so you should be able to have it fixed in position - just like aiming a satellite dish.
You must log in or register to reply here.
Related Articles
Claim: U.S. Covid-19 Deaths are being Artificially Inflated
Claim: Distant Objects Being Obscured Is Due To the "Mirror Blocking" Effect of Inferior Mirages
Catalina Island Being Obscured by the Curve, from Huntington Beach
Debunked: Trees being cut down "because they block 5G" (tree replacement in Belgium)
Flights being quarantin
Red Dragon, Cassini Picture Being Used As Nibiru Proof
People being scared by clowns
Virginia Shooting Hoax Claims - Can People Run After Being Shot [Yes]
CHEM Trust currently being promoted by anti-fracking activists
Gary Cameron Clydebank, Scotland Video, 1st May 2015- Claim of aircraft not being on Flight Radar 24
Claim: Organ donors give up their right of being totally dead before donating & may still feel pain
Debunked: Irrefutable proof we are all being sprayed with poison [Lead in Avgas]
HAARP is Being Permanently Dismantled
MH370 "Clone" being held by Israel?
Schumman Resonance, the (supposed) Key To Our Well Being
Interesting topic on alternet that talks about libertarianism being associated with conspiracy.
Conspiracy Theorist Mark S. Mann claims of being a Ct. Police Officer and Firearms Industry Executiv
Conspiracy Theories being advertised
Greek Survey suggest 1 in 3 Greeks believe they are being sprayed
At change.org: Senators & Congressmen: Investigate Cointelpro Harassment Now Being Used To Silence A
Poll: Do you think that threads should be closed after being debunked?
AWACS being refueled with off-on contrails
Climate Change Why it is NOT being caused by increased CO2 emissions from humans
Why do People Remember the Sky Being Bluer In the Past?
Clarifying: Indian Schoolgirls discover Asteroid
International Space Station (ISS) Live Stream from 2/21/2020 - Unidentified Object
"Mouse" in Space (Frozen Oxygen)
Explained: RARE Video Footage of "Alien Space Craft" WATCHING ISS Astronaut!
Explained: "It's photoshopped because it has to be"
Unidentified "space vehicle"
Explained: Why the Earth does not look oblate in photos from space
Why Does the Atmosphere Not Fly off into the Vacuum of Space?
Identifying Sun and Moon Transits
Debunked: Nibiru FOUND? Mysterious gigantic rogue planet spotted lurking outside our solar system
What does the Flat Earth Look Like From Space, with Perspective?
Explained: Space Shuttle Footage Reflection of Face [Shot Through Window]
How to Evaluate Specious Evidence (Like "Bubbles" in Space)
Claim: First Image of Space Taken from V-2 Rocket Proves the Earth is Flat
SpaceX Falcon 9 Captures Video of its own Contrail from Space
How did Tim Peake get full Earth in his helmet picture? [convex mirror illusion]
[Debunked] Apollo 14 Flag Waving Before Ascent?
Debunked: "Fake" live chat from the International Space Station (ISS) with Boise State
Explanation needed for the decrease in size of USA in NASA's picture from space taken in 2012-13
Spiral Contrails viewed from the International Space Station
Strange cloud UFO over Russia November 2011
Explained: Chinese UFO Crashes in Fiery Crater - Space Junk, Part of Rocket Motor
Edgar Mitchell's Email to John Podesta about Aliens and Weapons in Space
Debunking "That's not a Space Station, it's an airplane"
How to take Photos of the ISS (International Space Station) with a P900
Identifying: faked image of Earth from space (artwork, not "official")
Share:
Facebook Twitter Reddit Pinterest Tumblr WhatsApp Email Link