1952 - Condensation Trails From Aircraft - With a 1937 Persistent Contrail Photo - Oldest Ever? 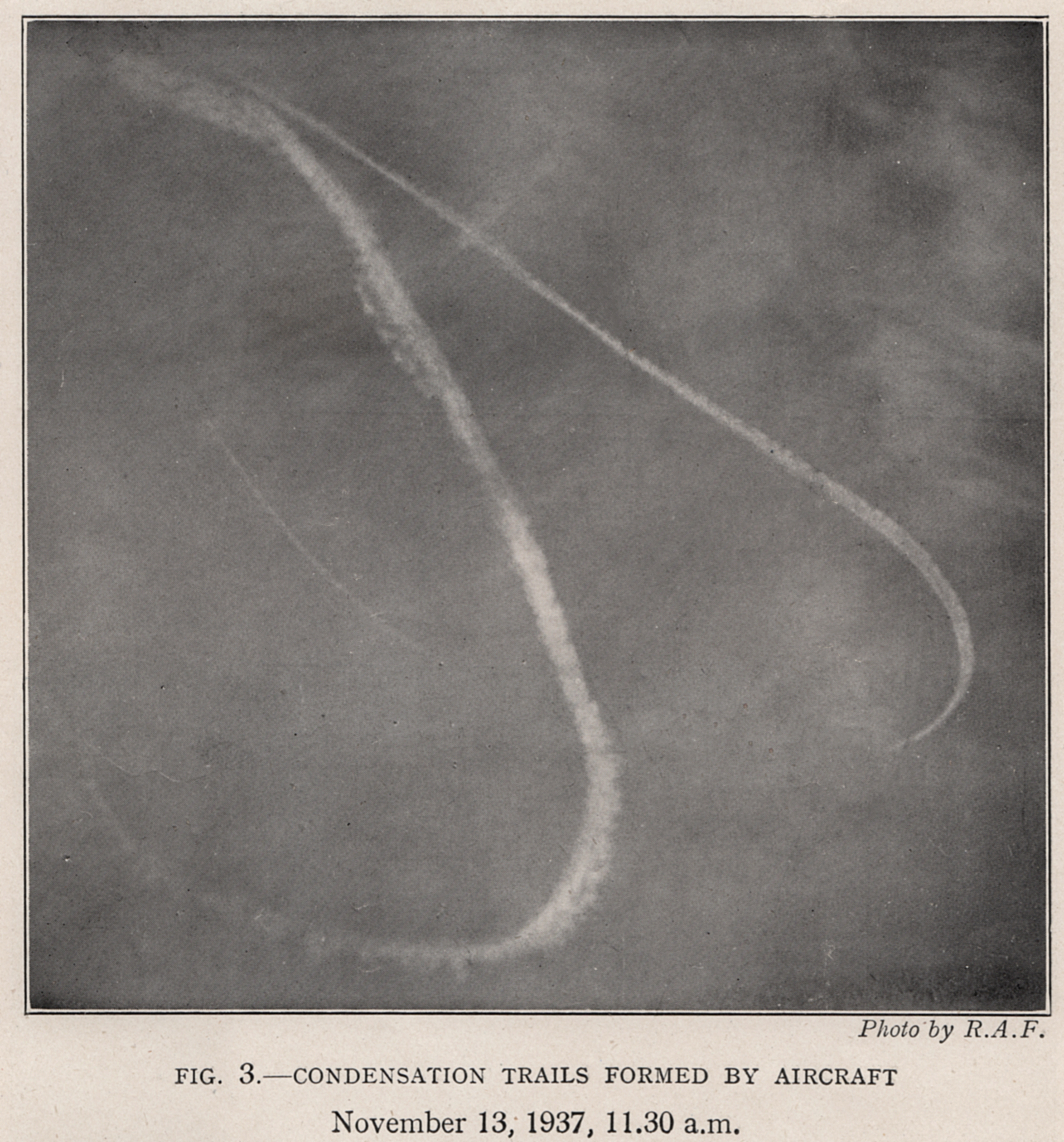 I got a nice little booklet in the mail today, a 1952 UK Government paper on "Condensation Trails From Aircraft". It contains some interesting discussion on the science of contrails and experiments that were carried out during WWII to try to advance that science. Contrails were a major concern in WWII, as they were huge visual indicators of a plane's position.

The thing that caught my eye the most though was the photo above, of what looks like a persistent contrail. Judging by the relative difference in the two circuits of the trail, it seems to be formed by one plane, and has persisted for several minutes at least. It is dated November 13, 1937, 11:30 a.m, and is attributed to the R.A.F. (The Royal Air Force in the UK).

While there are written accounts of persisting trails dating back to the 1920s, this seems to be the very earliest photo of a contrail, 79 years old.

Does anyone know of an earlier photo of a contrail?

Well, there is the known 1936 film of a contrail over Paris. Would you count that?

Staff member
I'd forgotten about that. Yes it would, beats it by a year. 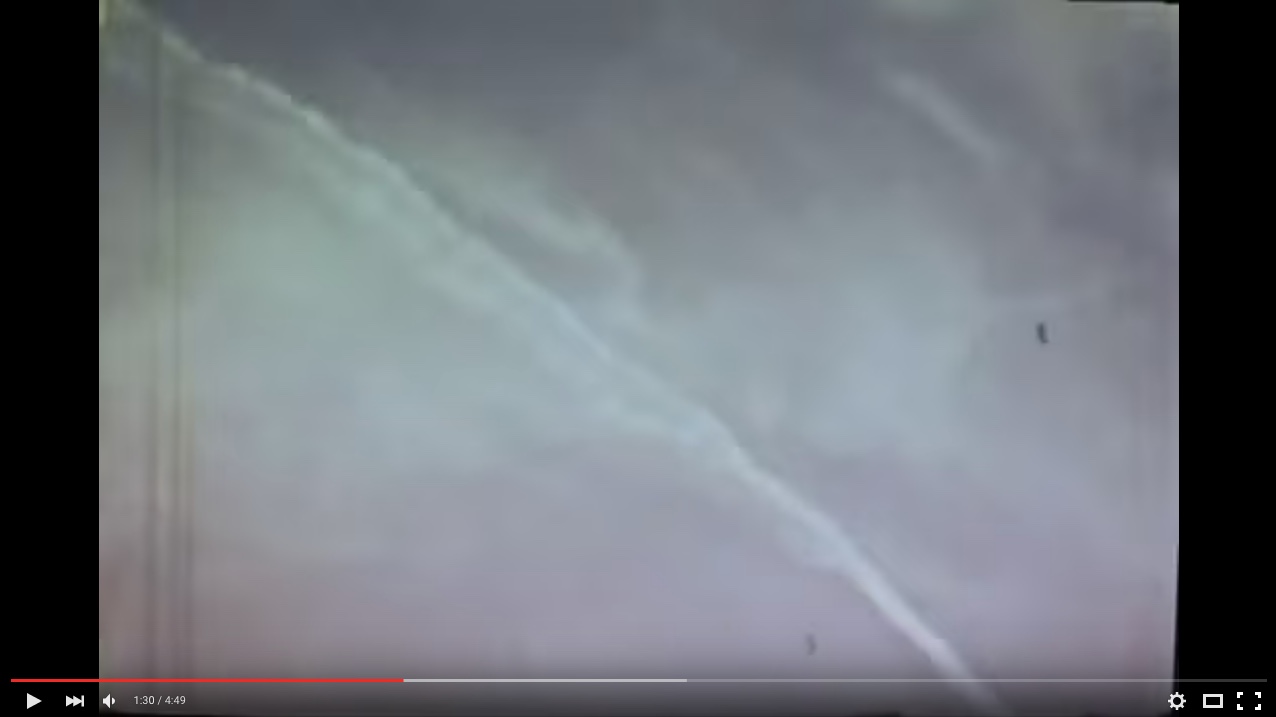 I think there must be some earlier photos/film. Planes had been making contrails for 20 years at that point. Of course earlier they would have been vary rare - high altitude flights were very occasional, and generally just for research, or record setting. And they would be not that high, so more dependent on cold weather. 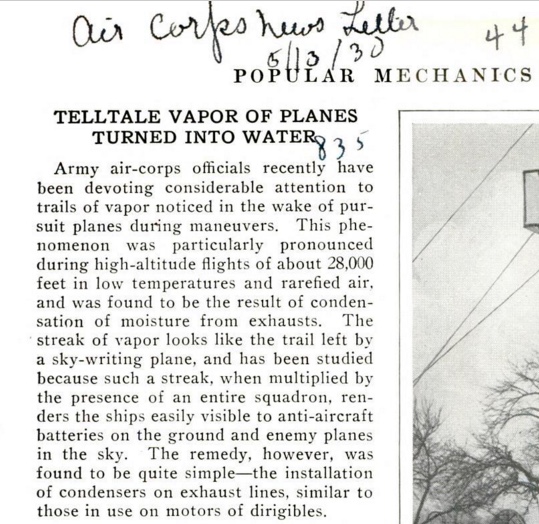 I think it's pretty likely there would have been some kind of photography involved in those tests.
You must log in or register to reply here.