Split from the OP in https://www.metabunk.org/threads/co...-planes-at-lower-than-typical-altitudes.6082/. I hope that the discussion will assist the identification of this sepatate interesting trail.

Murphy's Law in Action. I usually have my camera with me when I cycle to work and back, but yesterday, 20 April 2015, I left it at home. Surely, it happened to be the day when I saw the most unusually shaped trail that initially looked like a mirror image of "figure 5". I took a few pictures with my iPhone, but it is not the same. Here are some pictures, showing the trails evolution.
18:12 BST 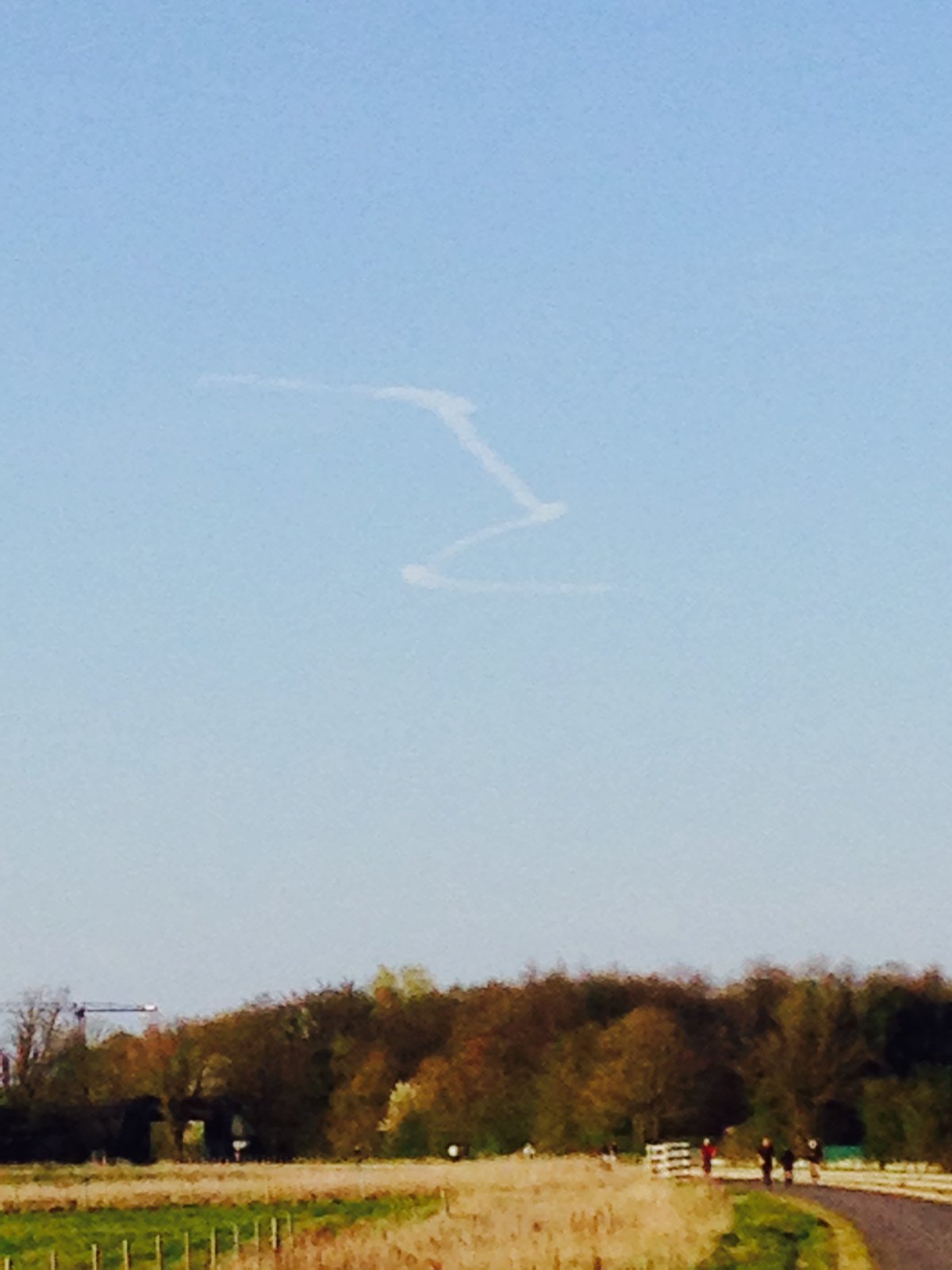 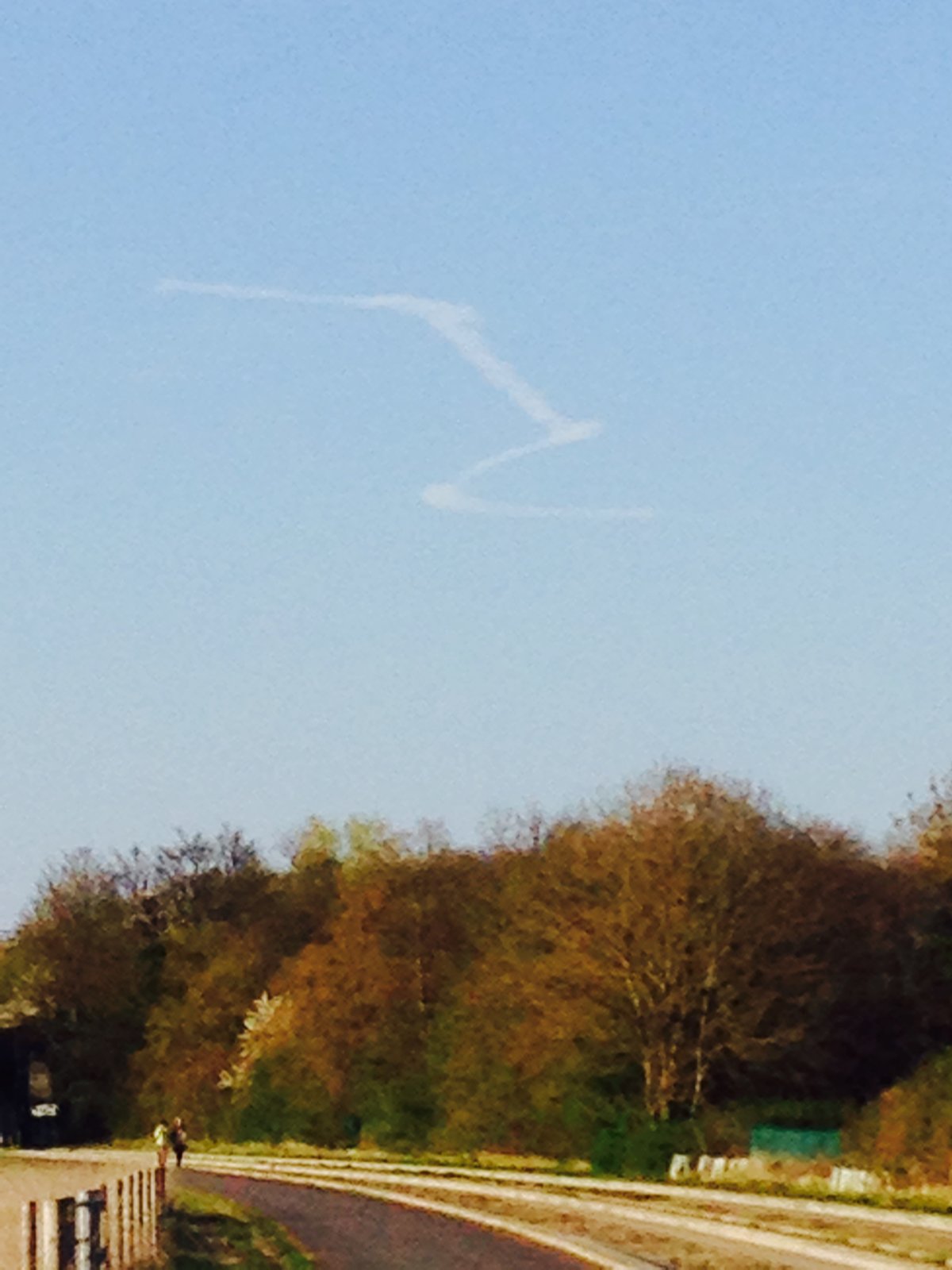 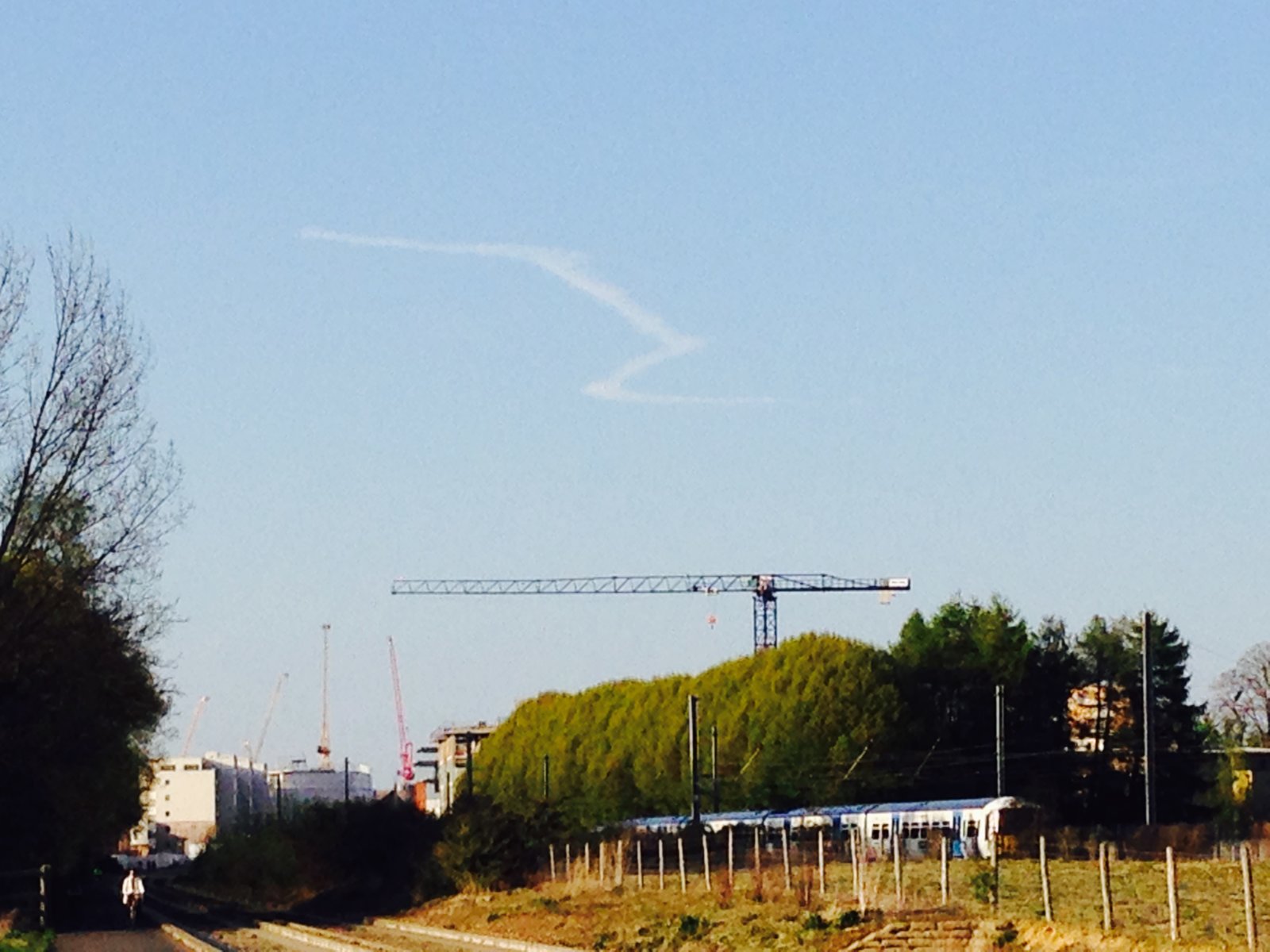 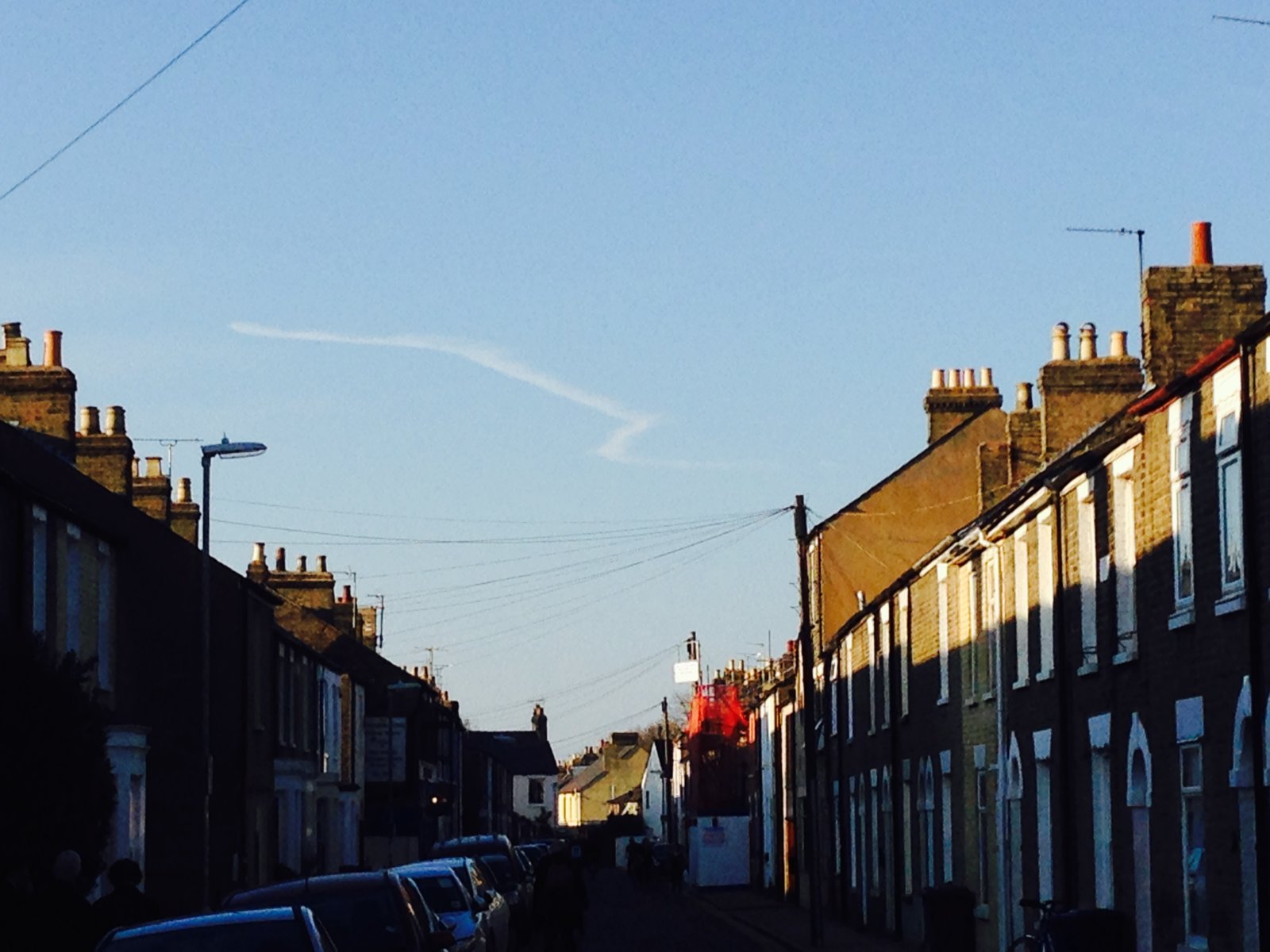 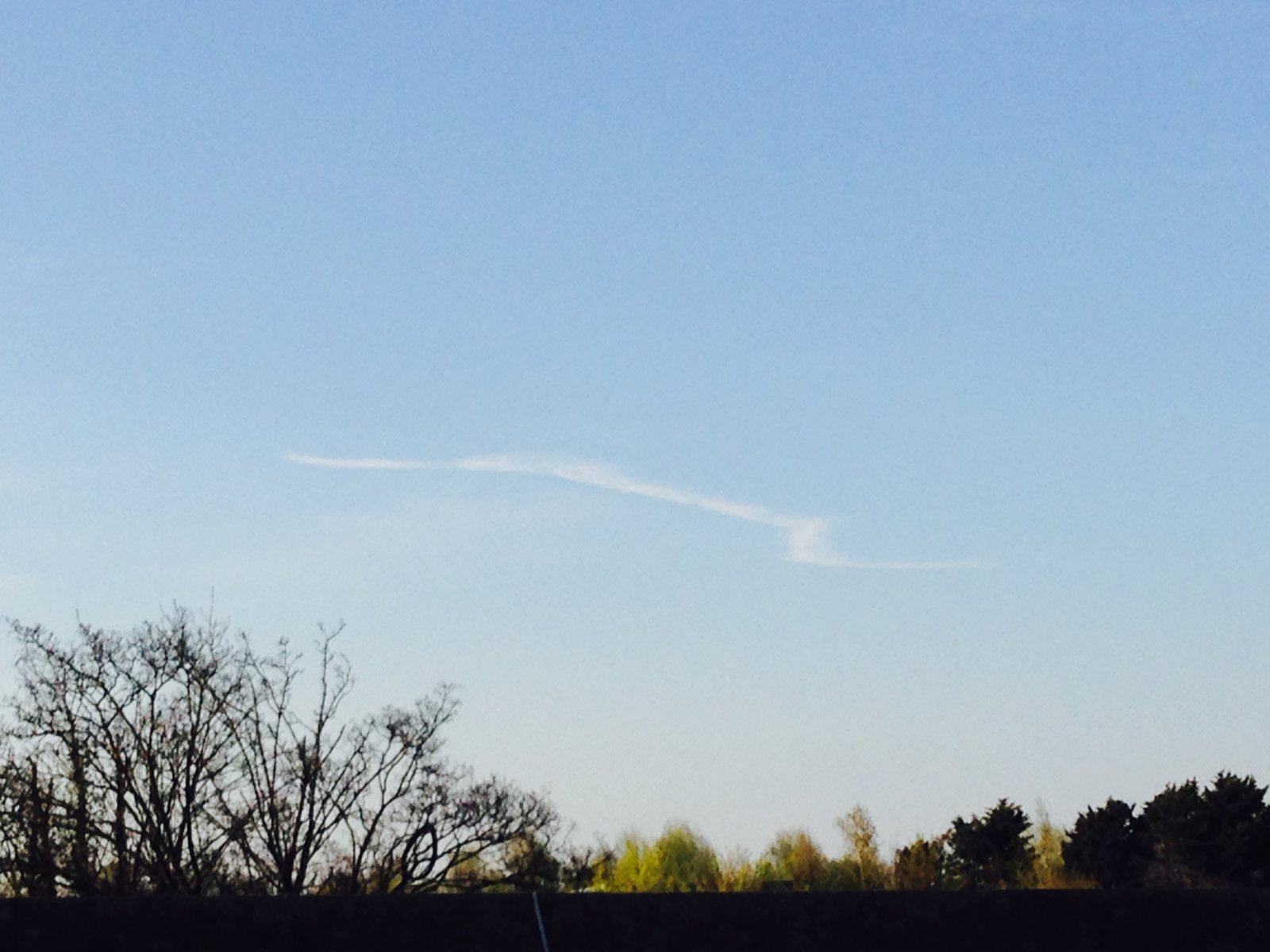 The trail (or, probably a combination of short connected trails) was to the north of Cambridge, probably as far as the Wash (a RAF playground). It would be interesting to see if there are photos from other locations.

By the time I got home to my camera, the trail was blown far away and looked almost linear (18:43 BST; just above the roof): 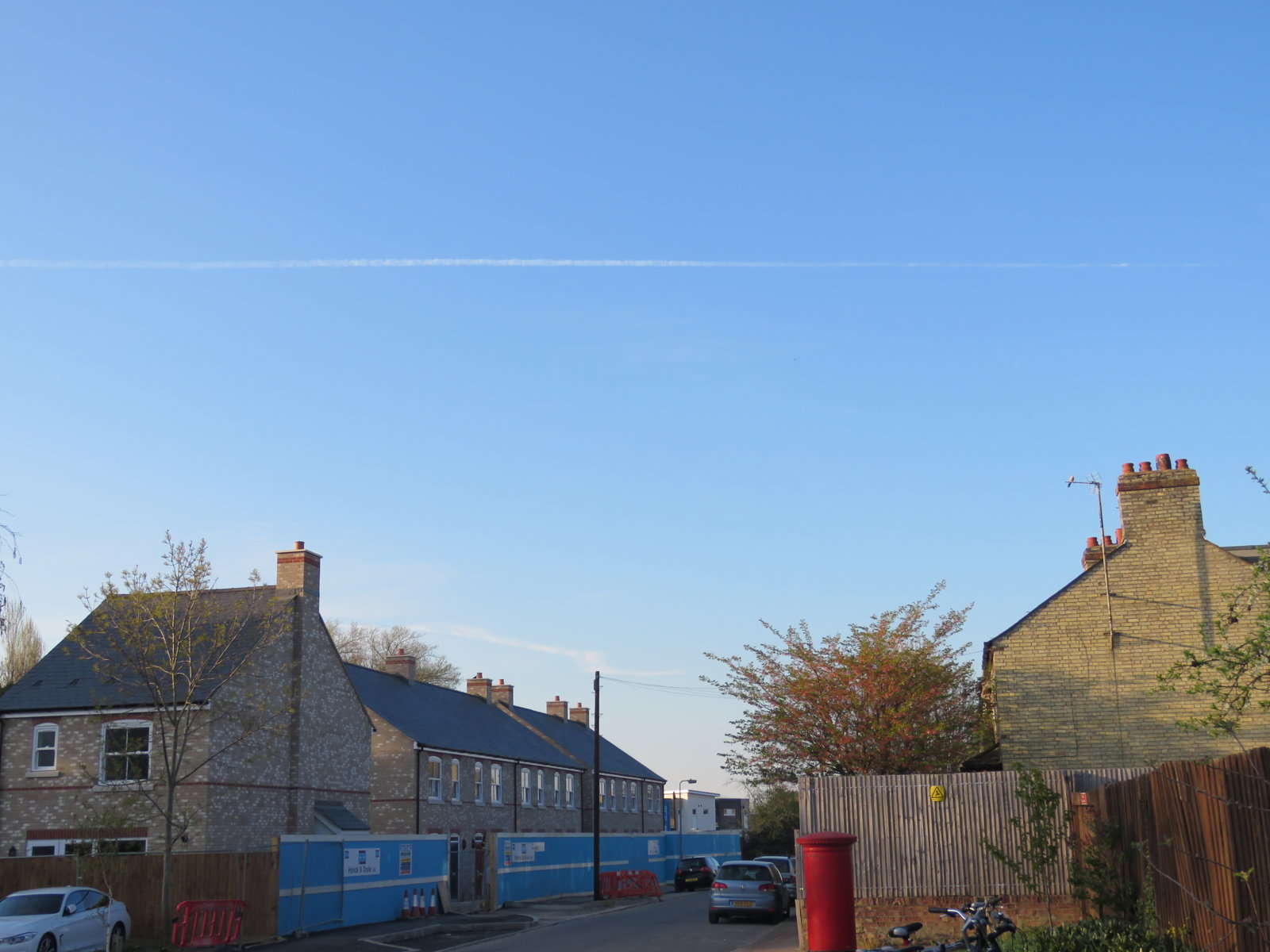 Updated on 21 April 2015:
I have not found photos of this trail from other locations (yet). The direction and estimated distance to it from the first photo's location suggest that the trail was above the RAF Marham in Norfolk, some 35 miles NNE from my location. Interestingly, a planespotter took there yesterday a photo of a Tornado aircraft taking off at 17:47 BST, just about 25 minutes before I saw this trail for the first time. This timing suggests a possible origin of this trail.
Last edited: Apr 21, 2015
You must log in or register to reply here.