First of all - sorry, no picture for this one, but I'll bet there are pictures of it elsewhere, once identified.

So I was sitting in the hot springs yesterday morning in El Chorro, Baja California Sur (just west of Agua Caliente, which is just east of Santiago, located between La Paz and San Jose del Cabo pretty much right on the Tropic of Cancer) when I saw some incredibly unusual lights in the sky (ie, I've never seen anything like it).

It was a little before sunrise and I was looking south or maybe a little to the west of north. Up in the sky at maybe 30-40 degrees elevation I spotted a long line of light. I'd just seen a shooting star not long before and at first glance thought it was an amazing example. But it continued to move across the sky without diminishing for many seconds. It looked at first like a solid line of light, which I'd estimate at around half the length of a standard pen when held at my arm's length (3ft). It travelled in an arc across the sky, disappearing I guess towards the south/southwest. The more I looked the more I noticed that, rather than being a solid line of light, it appeared to be made of perhaps 20-30 small dots, and the way it moved was reminscent of a satellite - that smooth, constant motion across the sky. The dots/the line were/was as bright as anything else in the sky.

If I had to say exactly what it looked like, then, it would be a parade of 20-30 satellites, and so close together and orderly that they appeared to form a perfect line. Whether such a thing exists or not though, I have no idea. But it was so striking I'm sure others must have seen it somewhere.

Anyway, hopefully someone can find some details and photos/videos. Alas, being in the wilds I don't have much internet at the minute, so no capability to do anything more than type this. 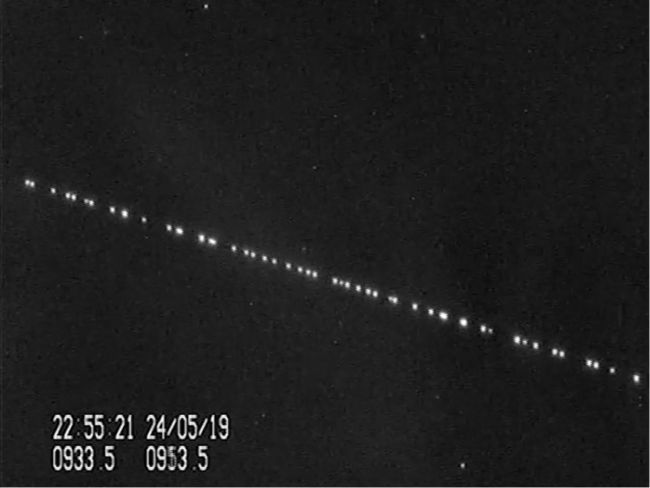 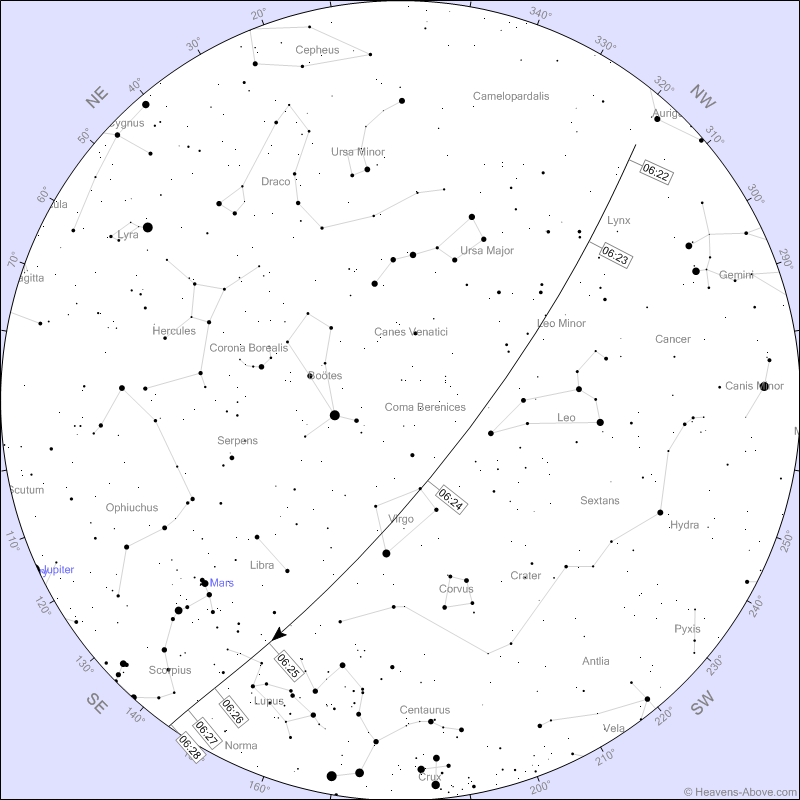 Cool. I knew you guys would get it quick sharp and pronto.

Great flat earth test: observers the world over - FE'ers, preferably - follow it as it moves 'above the plane' [sic] and then notice how it appears to disappear off one side and reappear on the other (assuming that's what it does).
Last edited: Jan 8, 2020
C

If the timing is right and 90 minutes or so later they are still sun lit then yes, they will reappear from the other side! But then, note that they'll be moving in a new direction as, after 90 minutes, being free of the atmosphere the Earth will have rotated under them https://www.heavens-above.com is your friend
You must log in or register to reply here.