It's ironic that Scott Fraser (forensic psychologist) gives a TED speech on memory-lapse....then during his presentation...
....falls victim to his own expertise when speaking of 911 media coverage. [saying that nobody saw the second tower collapse on TV until the next day, which is false, as it was live, and then re-shown again and again]

I guess you can view this as "proof of concept" ?

"There was absolutely no media footage of the second world trade tower collapsing until over twenty-four hours after the event".

That sounds unlikely to me. He sounds very confident about it, so I assume he researched it.

Staff member
The funny thing is that his memory of the events which he claims is wrong is actually correct. He's misremembering something else (a study on remembering seeing the impacts on TV). Since he's an expert on false memories, he's primed to trust a memory more if it suggests his memory is wrong.

From the TED talk transcript:
[bunk]Let me ask you to consider the horrific events of 9/11.Think about when you first got the informationabout this catastrophe, how you felt,and more importantly,when was the first time you saw the second trade towerimplode and collapseafter the first trade tower had gone down?If you're like most Americans, myself included,you have a very clear memory that you saw the first towercome down and then you saw the second towerfinally collapse, after the other plane crashed into it,within an hour or two afterwards.I remember vividly where I was.I was down at LAX at the satellite terminalfor American Airlineswaiting to get on an airplanes to fly to San Diego,and of course all the air traffic was ceased.And so I had nothing to do but to sit and watchthe television monitors with all of the news broadcastsover and over and over againof the horrendous events.And I know I saw that second trade tower come downan hour or two after the first.And all of the research we have indicates thatmost Americans too, except for a few people who happento live in certain places in New York, right?

And you know something?That's a totally false memory.It could not be something you experienced.There was absolutely no media footageof the second trade tower collapsing until over 24 hours after the event.But in fact, you know, intellectually, cognitively,that they did occur fairly close in time,you did know about and see the first one,you did see the second one,but you didn't see it until over a day later at the earliest,but the brain, without you being aware,has pulled them together,and you believe you saw them very close in time.It is a reconstructed memory,not an accurate memory,no matter how vivid, no matter how sure you are.[/bunk]


The paper he's incorrectly remembering which makes him doubt his memory of events:
[Pezdek, Kathy. “Event Memory and Autobiographical Memory for the Events of September 11, 2001.” Applied Cognitive Psychology 17, no. 9 (2003): pp. 1033–1045.]
http://www.cgu.edu/include/Event%20Memory%20and%20Autobiographical%20Memory.pdf

This research compares event memory and autobiographical memory for an event that wasexperienced to be more distressing, with more signiﬁcant and widespread consequences than was
any other event for which memory has been studied in a large sample. Memory for the events of
September 11 was assessed seven weeks later in three samples: (a) 275 college students from
Manhattan; (b) 167 college students from California; and (c) 127 college students from Hawaii.
Whereas event memory was most accurate in the New York sample most involved in and
most distressed by the events, autobiographical memory was reported with the least detail in
this sample. This ﬁnding is consistent with the prediction that it is the synergy of arousal and
rehearsal that affects memory for stressful events. Constructive memory distortions are also evident
in the data; 73% of the respondents reported (incorrectly) that on September 11, they saw on
television, the videotape of the ﬁrst plane striking the ﬁrst World Trade Center tower

Content from external source
Since the evidence for false memory that he incorrectly remembers is so wonderfully compelling as it illustrates his life's work so perfectly, his brain is seduced into "remembering" it, and unremembering his actual memories.

As a seasoned Conspiracy Theorist I am required to consider whether he did this On Purpose for dramatic effect.

Since he also forgot to wear a belt, I think the odds favor "no".

Staff member
I also considered if he was doing it as an experiment, to see if he could get people in the audience to say "I don't remember it that way", and then turn around at the end and tell them he's just implanted a fasle memory in them. But no, he seems just confused.

It's difficult to believe that he had a "slip-up" between two words....because he did not. He had a whole scenario wrong....and he explained it fully.
It is very possible that he got nervous when speaking in such an important venue....and mistakenly transfered (and described) a whole different story, than he had intended to say.
It's possible he did not intend to say that at all.


I believe he wanted to describe how the fireman's documentary footage (Naudet) of the first plane impact....was not released until the next day...but we "think" we saw it on the first day.

Mick said:
.....Since he's an expert on false memories, he's primed to trust a memory more if it suggests his memory is wrong.
Click to expand...

Am I off-the-edge...or would this make a compelling film plot ?
.....an expert on memory and the brain....finds that suddenly his life depends on total-recall...The twist is that he has to bend what he knows about the way other people "think and recall", to save his life.

Stupid said:
Am I off-the-edge...or would this make a compelling film plot ?
.....an expert on memory and the brain....finds that suddenly his life depends on total-recall...The twist is that he has to bend what he knows about the way other people "think and recall", to save his life.
Click to expand...

You write it and get it produced...I'd probably watch it. Netflix though...not in the theater. Unless it has Christina Hendricks in it....hubba hubba.

Staff member
Reviving an old thread as I was looking up memory in preparation for an interview. I went looking for videos from that day. There's the Today Show on NBC, and there they don't show the collapse of WTC1 live, cutting to a shot looking like about 20 seconds after the collapse. (at 1:41:42) below:
Source: https://www.youtube.com/watch?v=0uiSq0jfVpM&feature=youtu.be&t=6102 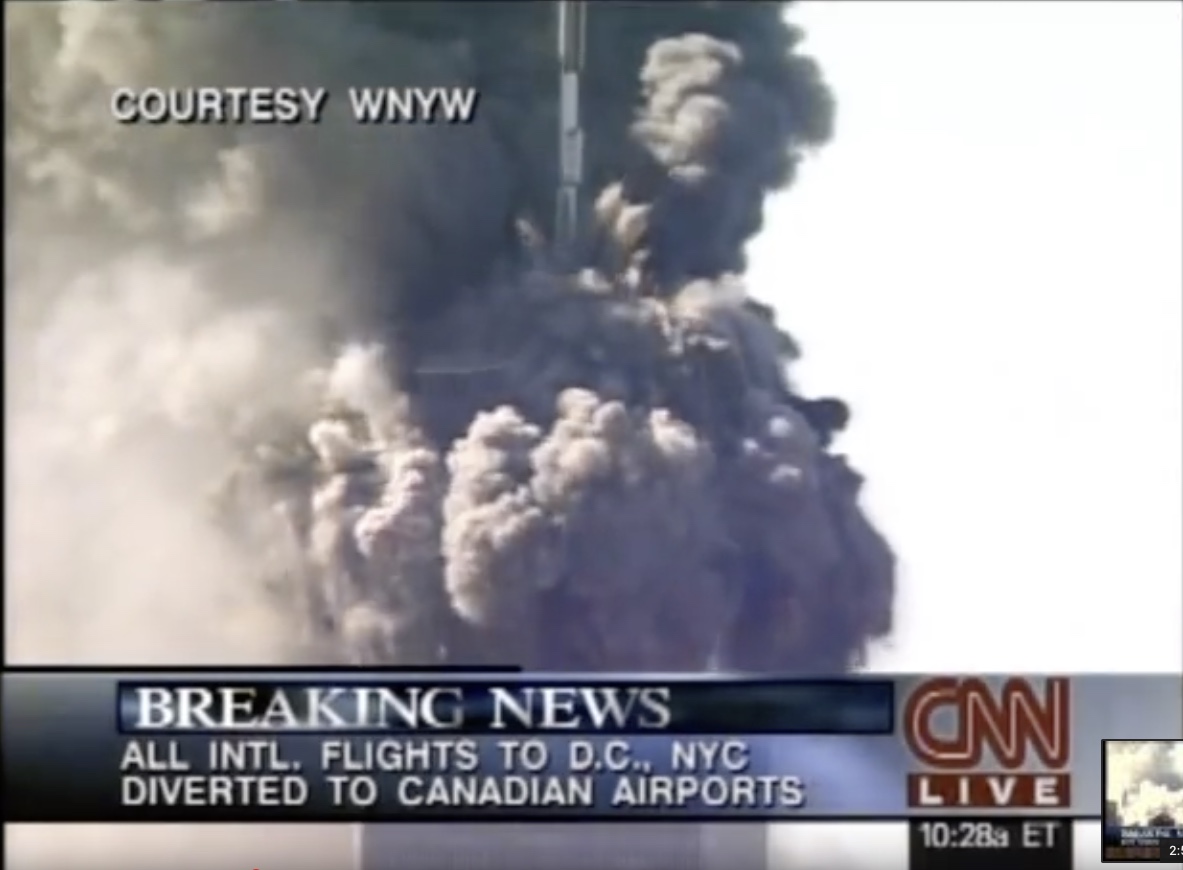 On Sept. 11, Fraser himself vividly recalls watching the second tower collapse on TV roughly an hour after the first tower collapse. But that footage wasn't actually available until 24 hours later.

Content from external source
Not sure how long it took them to realise the error, but TEDx edited it out in a later version (uploaded to YouTube about 10 months after the original):

Editor's note: In the original version of this talk, Scott Fraser misspoke about available footage of Two World Trade Center (Tower 2). The misstatement has been edited out for clarity.

But we are all experts on what we saw or see, and when.
To us....it happened a very certain way.
But when confronted with a different idea or circumstance, some people are open to change their memories, then swear those new memories are now true, or updated, despite "certain" previous memories.
It then become obvious that it is difficult to determine what really happened..... except for corroborating evidence.

Leifer said:
It then become obvious that it is difficult to determine what really happened..... except for corroborating evidence.

And now that deep fake technology is close to maturity, it’s not looking good for our memories!