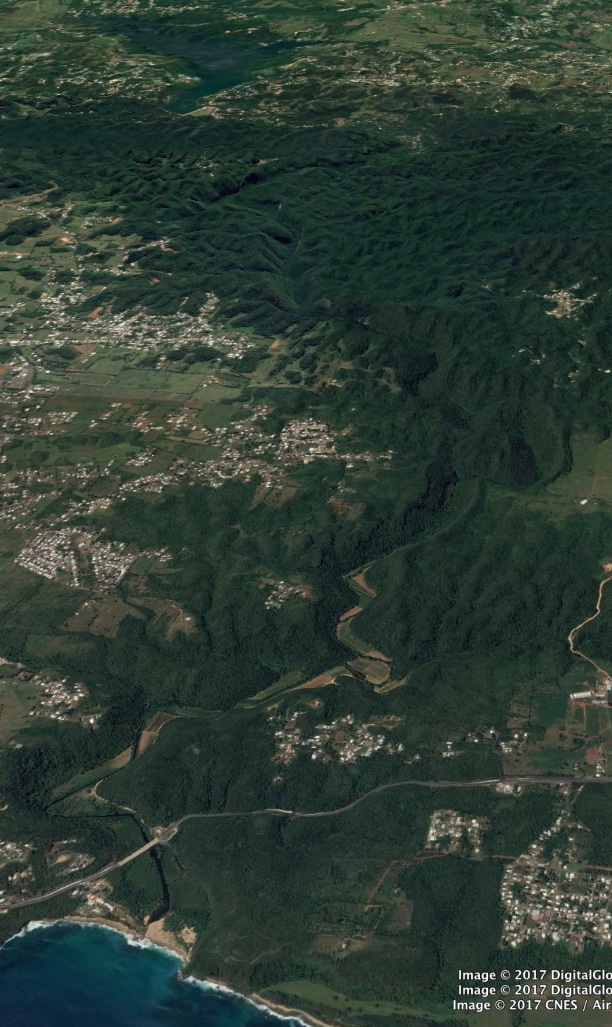 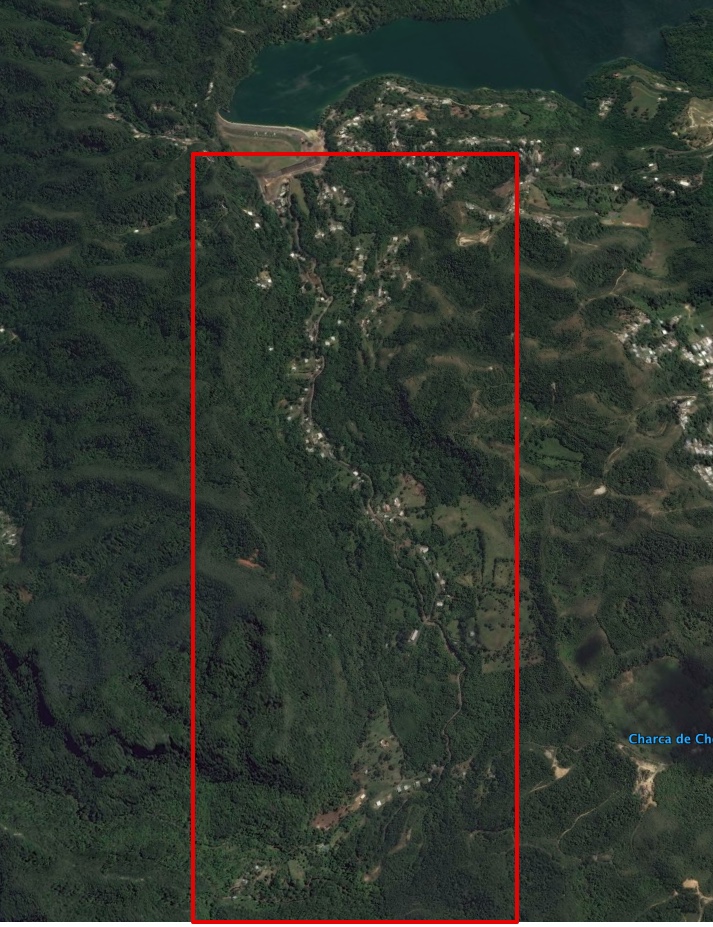 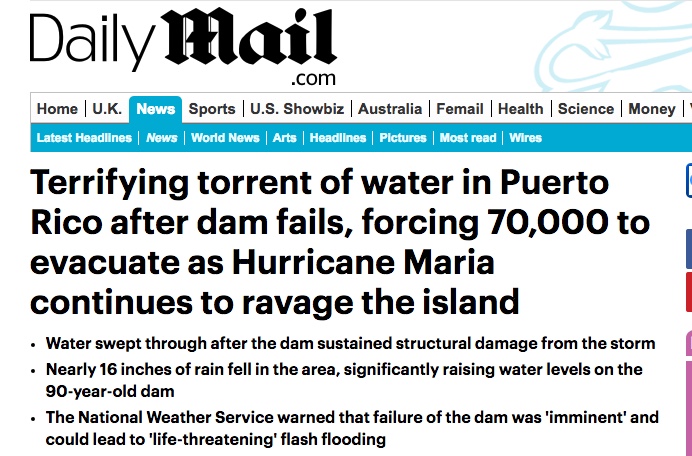 The ridge they are referring to surrounds the river downstream of the dam. It is indeed remarkably deep, and the Quebradillas (east) side is 100 feet higher than the Isabela (west) side.

I think it's important to note that most of the the flow of water we see is NOT the dam leaking. It's essentially just the Guajataca river after heavy rainfall. The dam is full, so anything that flows into the dam just flows right out over the spillway. 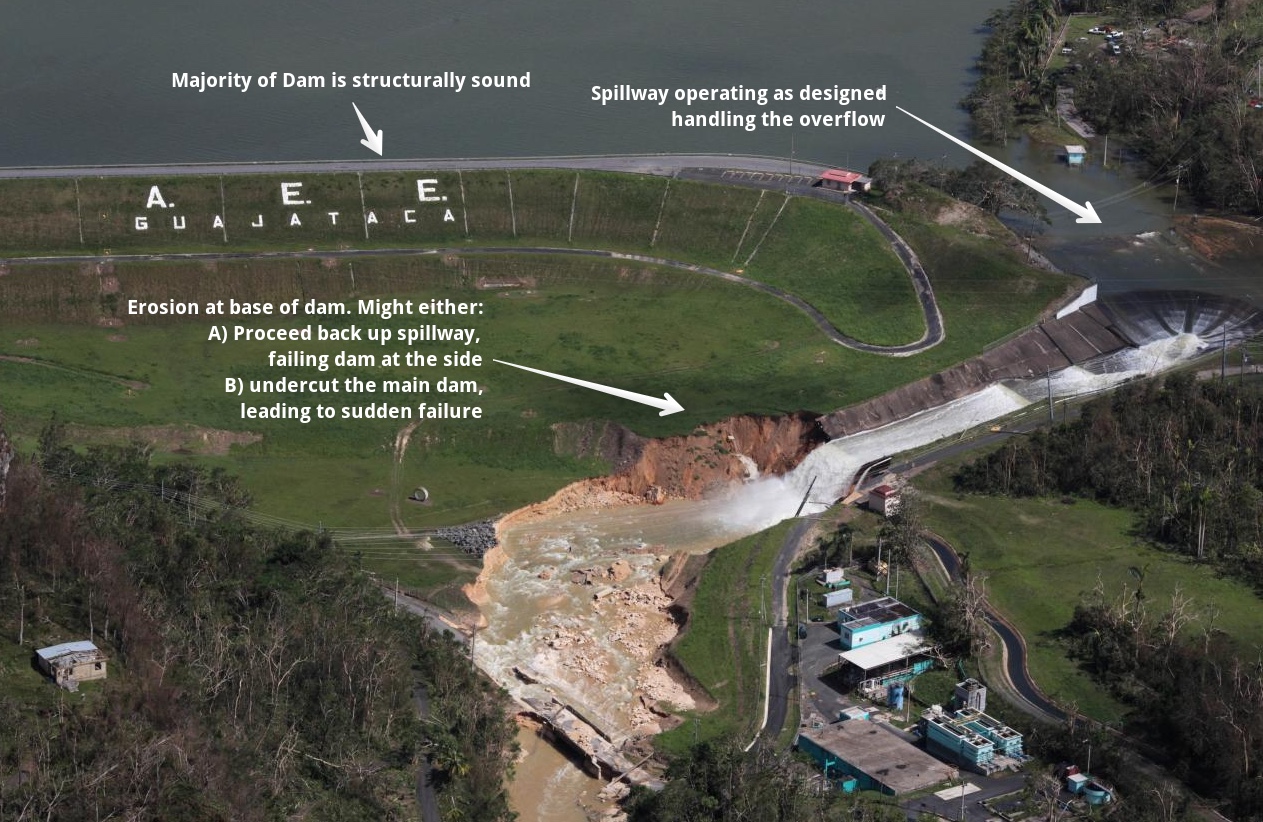 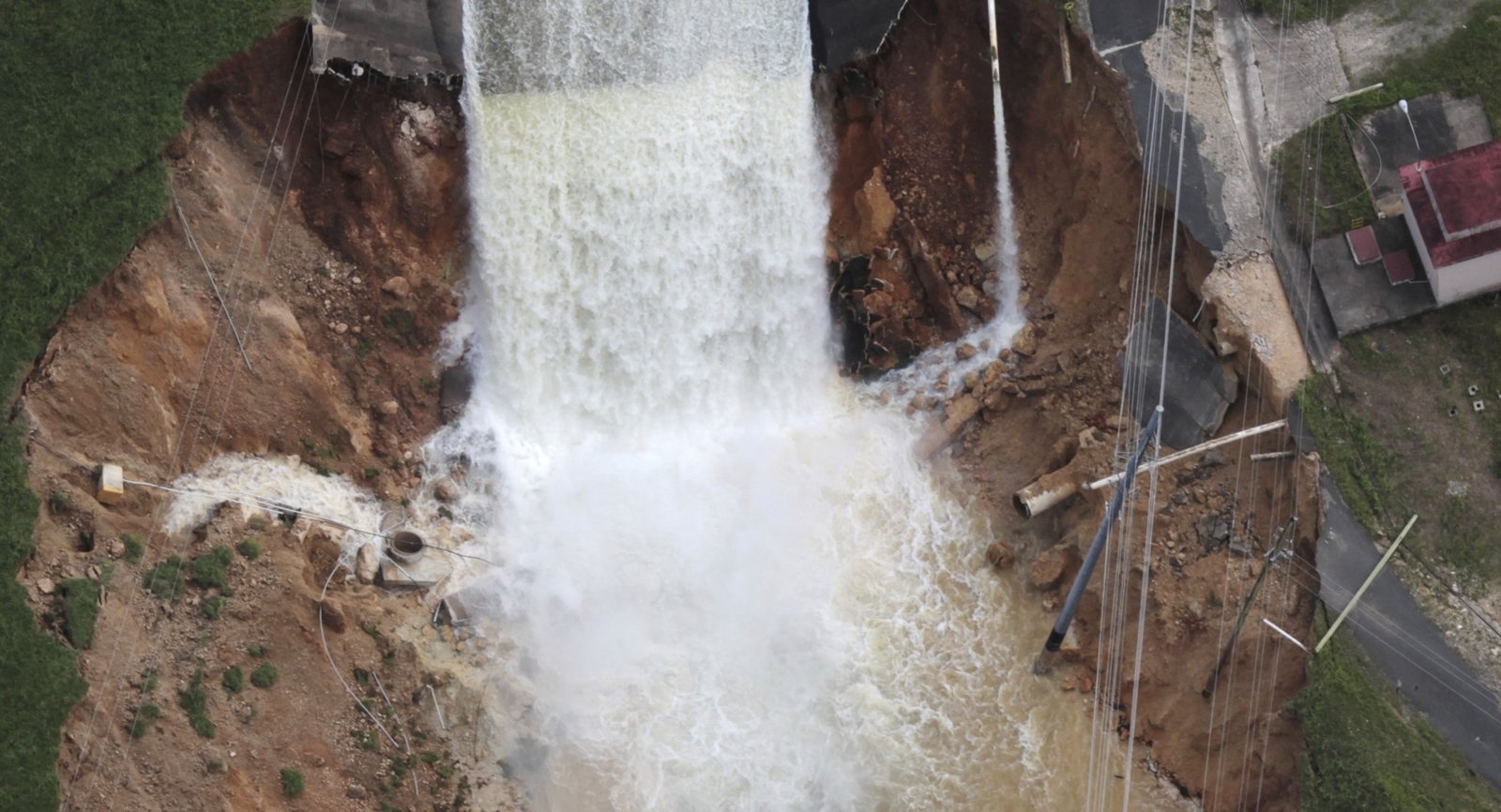 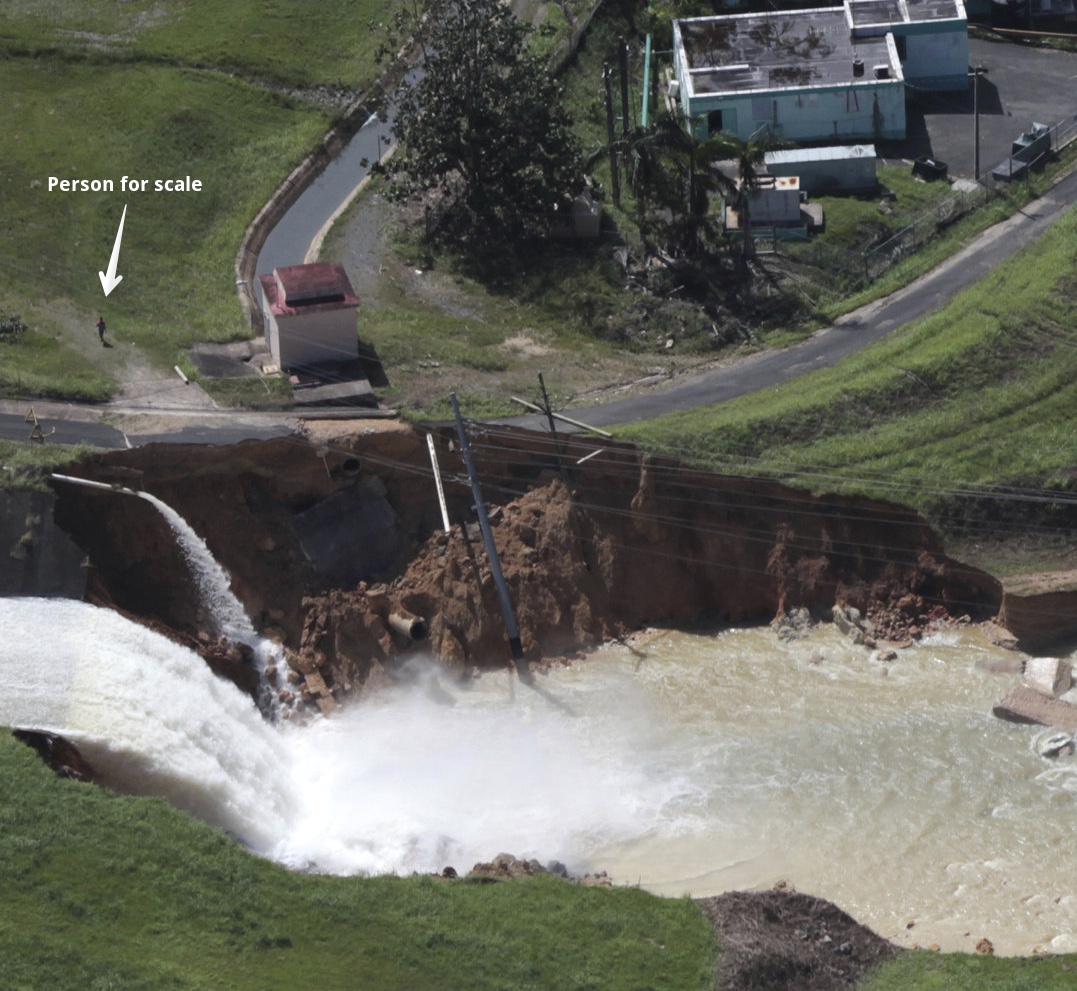 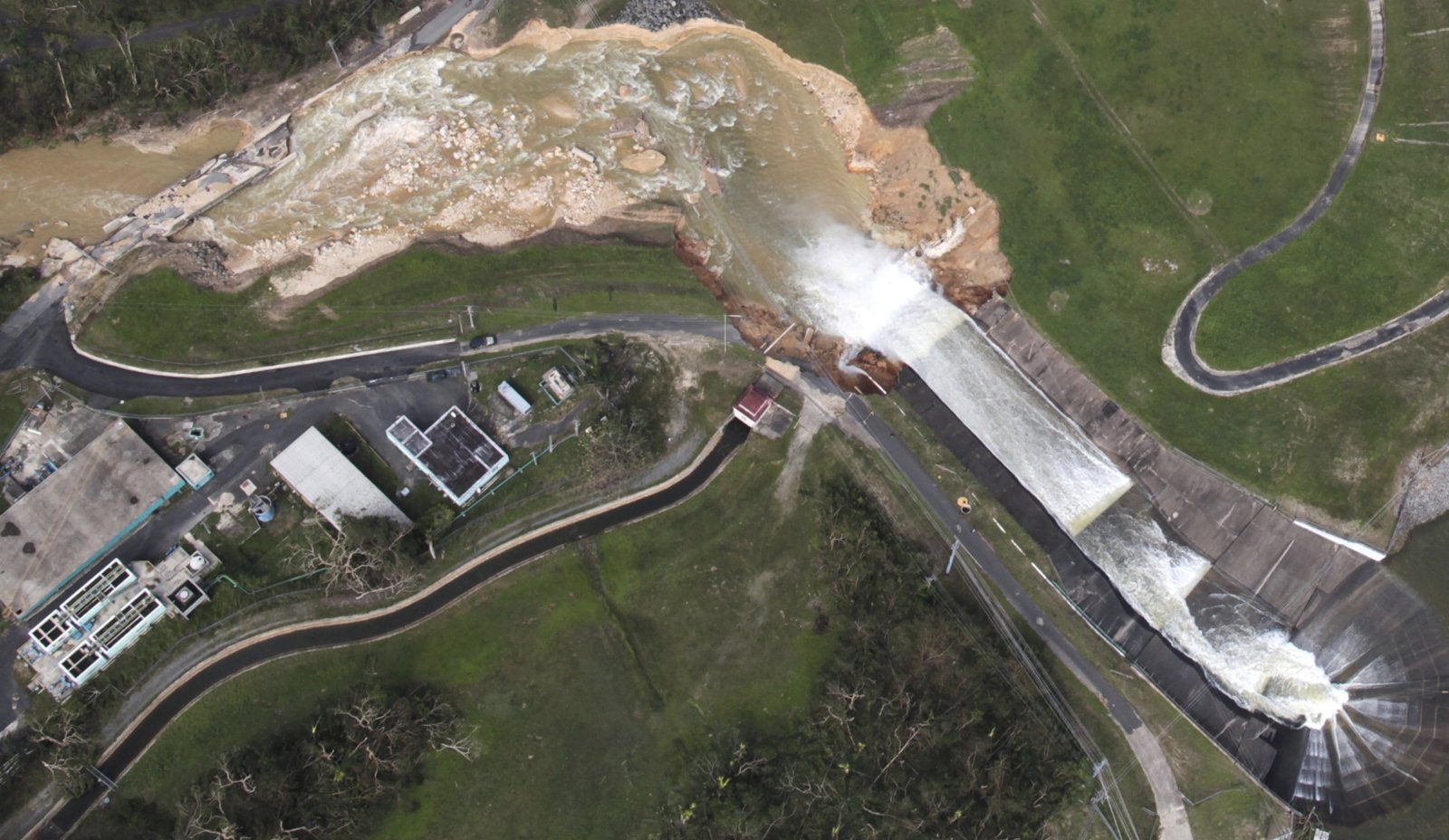 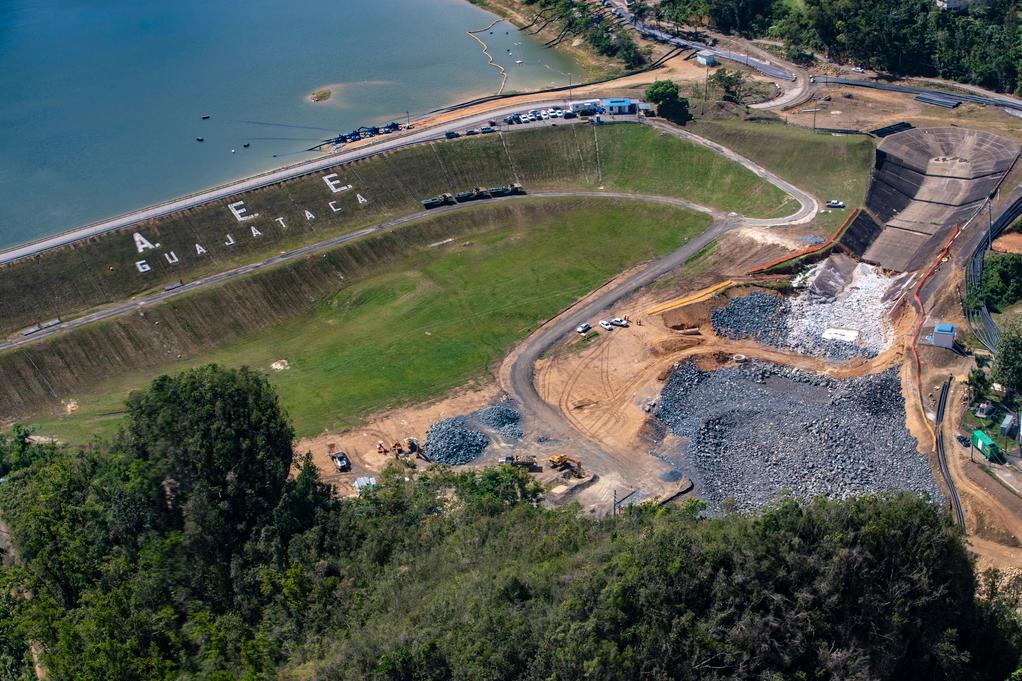 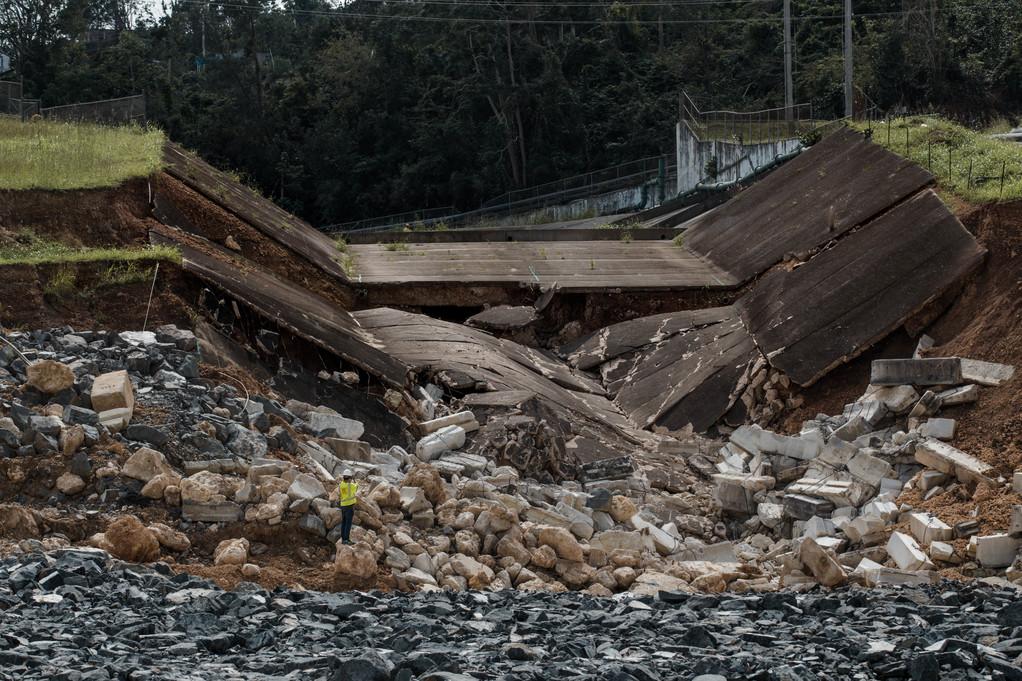