Staff member
So I was walking home around 9:15 today, Aug 6th 2012, Los Angeles California, and I saw this giant triangle UFO following me. I quickly realized it was just three points of light in the sky that happened to be in a triangle. But I was a little confused, as I'd never seen an equilateral triangle constellation like this before: 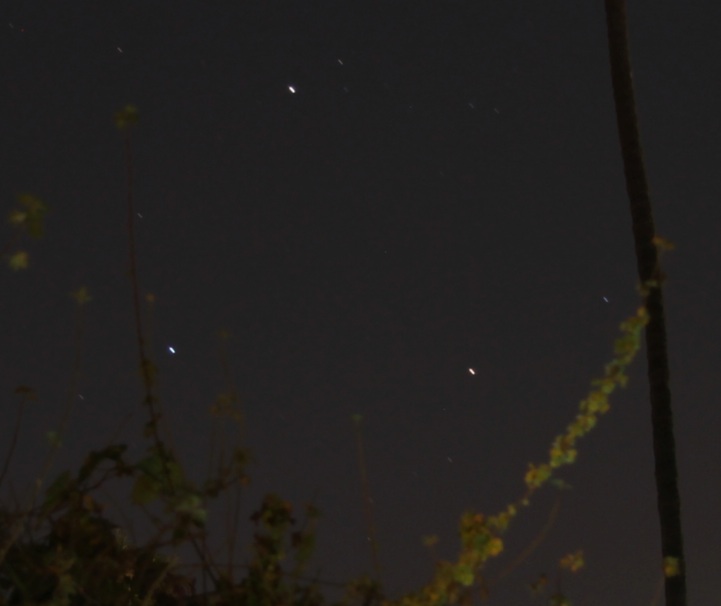 I booted up Stellarium, pointed it around 250 degrees (WSW) and here's what it told me: 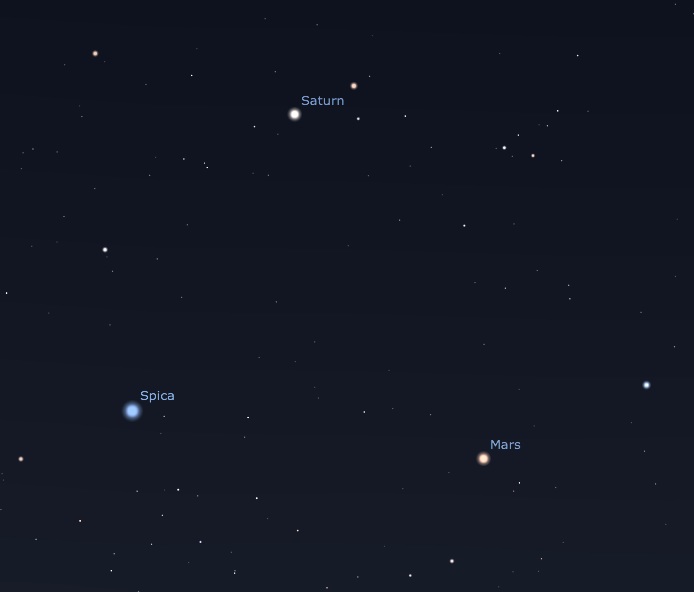 Here it is in a broader context:

It was just a lucky conjunction of two planets and a bright star (Spica, the brightest star in Virgo, and the 15th brightest star in the sky). But because of the light pollution in LA there seem to be NO stars inside the triangle (as they are all too dim to be visible). This gives it the illusion that it's a solid triangle. A little like the Kanizsa triangle illusion: 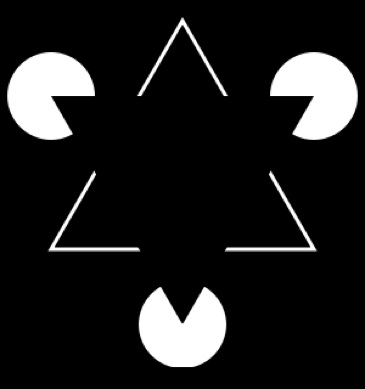 I wonder if some of the famous "triangle" UFOs were actually something like this. Especially if you are in a moving vehicle, this triangle might seem like a very high and very large "spaceship" that's blocking out the stars, and your motion relative to trees and building might make it seem like the "craft" was moving. Because this is not a "normal" constellation, people might not recognize it as just stars and planets.

Either way, an interesting sighting, and especially timely to see Mars so well placed. It's even tinted a little red in my photo.

What would be interesting would be if some reports of a triangle UFO crop up overnight.
Last edited: Nov 20, 2013
U

I can see it up here in San Francisco - just noticed it tonight, about the same time, but on 8/7

Staff member
On 8/13 they will all line up in a line, not perfectly straight from here though, but some parts of the world will see a kind of phantom Orion's belt.
U

I saw the triangle here in pittsburgh pa.. I even called my buddy to have him look outside from
His house.. I instantly did the google sky map & found the same planets, mars & saturn, along with
Spica.. I watched it for 20 min in amazement cause spica was changing colors & just brilliant.. I have neverseen such a perfect triangle constellation but
The odd thing is that the whole reason i pulled over wasnt to see the triangle cause i didnt even
See it @ first.. What i saw was something resembling a shooting star but coming straight down.. It made me super curious so i pulled over & thats when i noticed the triangle
U

I saw the triangle line up last evening at South Padre Island, TX. Very interesting as I'd never seen this before.

Staff member
It's progressively becoming more squished, as Mars moves to the east. However on 8/21 it's going to form a near-equilateral triangle again with Mars on the left, and best of all, a crescent moon will make up kite shape at around 9 PM Pacific. Maybe even more like a UFO? 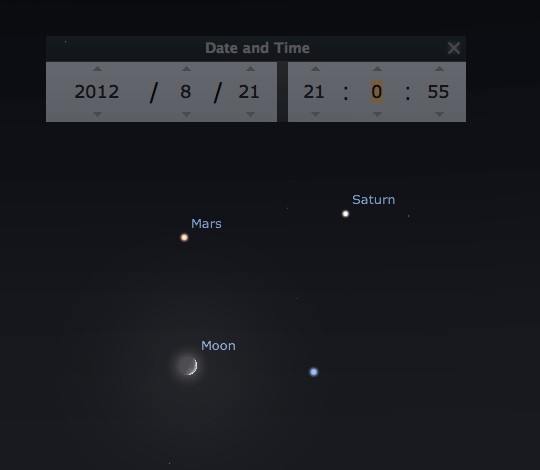 Thank you so much for your post! I chuckled when I saw what you wrote because you could have been reading my mind. I too looked up into the sky on about the same day you did and saw "the triangle" I suddenly realized that I had never noticed it before. I got busy and forgot to look it up. Today I looked up and noticed that it had gotten "squished" too and then realized that at least one of the stars must be a planet and that this was why I hadn't noticed it before. However, I am NOT good with even beginners sky charts and was beginning to get frustrated when I saw your post! Mystery solved...thank you!
You must log in or register to reply here.