Staff member
Puerto Rico is a literal disaster zone with 3.4 million people living in it. Power will be out for weeks or months, a major dam is not supplying water and is at risk of collapse, hundreds of thousands of homes are uninhabitable, food and water is running out. People are dying, especially the old and the infirm. Crops have been destroyed, topsoil eroded away, trees stripped bare, local agriculture devastated.

Yet for several days after Maria it was hardly mentioned in the press. Only in the last two days has there started to be significant coverage.

SAN JUAN, P.R. — Gov. Ricardo A. Rosselló of Puerto Rico said on Monday that the island was on the brink of a “humanitarian crisis” nearly a week after Hurricane Maria knocked out its power and most of its water, and left residents waiting in excruciating lines for fuel. He called on Congress to prevent a deepening disaster. 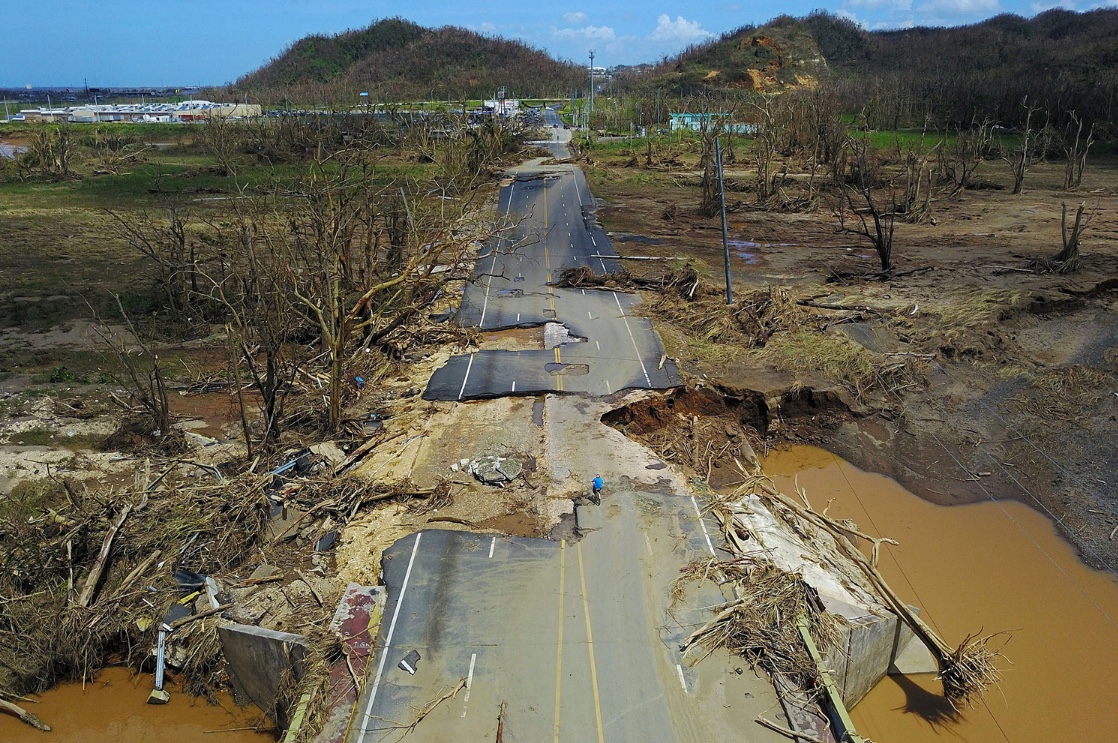 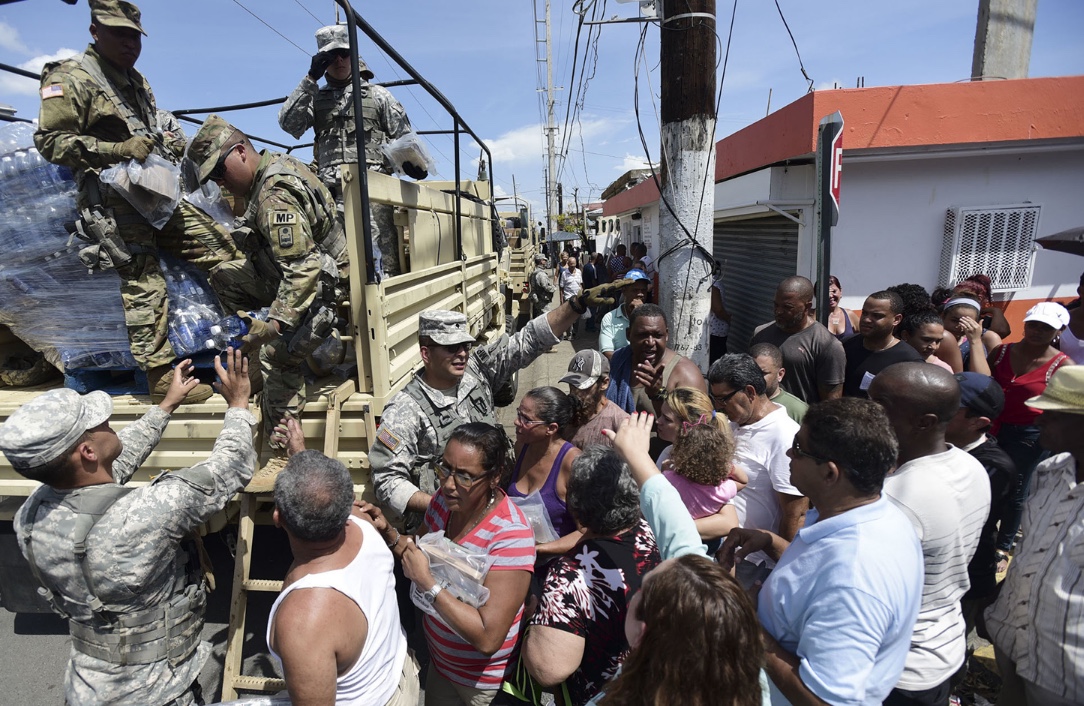 It's not simply the significant short term effects either. There's going to be death and despair in the coming weeks, but long term the island, essentially a part of the United States, is ruined. People are going to leave and come to the U.S. The consequences for Puerto Rico are enormous, but they will echo through the US as a whole for decades.

So I'm starting the "Current Event" thread because this is a highly significant current event, and one that will raise the obvious spectre of racism, and so be subject to a large amount of media spin around things like Trump's response, and the scale of the FEMA response compared to other states. Like other current event threads, the intent is to keep track of what is going on, and identify areas of misinformation.
Last edited: Sep 26, 2017

Staff member
And, of course, conspiracy theories. Like this one from Mike Adams:
https://www.naturalnews.com/2017-09...on-reveals-weather-weaponization-culprit.html

Although [Dane Wigington] didn’t state this directly in the interview, it appears that the United States is being targeted precisely because Donald J. Trump is President. The apparent goal is to cause maximum economic destruction — a goal that was meticulously carried out by former president Barack Obama, who deliberately sought to destroy the United States of America from within by sowing cultural hatred, collapsing border security, destroying job opportunities and putting tens of millions of Americans on government welfare programs. The economic destruction that Obama began, the thinking goes, is now being continued through weather weapons and other nefarious means to destroy the pro-America Trump presidency that seeks to restore America’s economic independence.

Basically he is saying the hurricane was deliberately engineered to make Donald Trump look bad. This is nonsense for a variety of reasons - you could equally say it was engineered to make him look good by allowing him to respond well to it - but the main objection is that nobody knows how to steer a hurricane, as explained here:
https://www.metabunk.org/debunked-hurricane-harvey-project-stormfury-conspiracy-theories.t9041/

Aldea, who works as a secretary in the mayor’s office, is living with and taking care of her mother in the tiny room downstairs. Darangellie spends most of the days with a relative in town, but at night she sleeps with her mother. The child has asthma and needs to use a daily nebulizer treatment — requiring her mother to turn on their generator at night. They have enough diesel to power the generator for one more day.

She has a half-tank of gas left and can’t set aside the entire day that would be necessary to wait in line for more because she has to care for her daughter and mother. It doesn’t help that driving to town for her job — which usually takes seven minutes — now takes more than a half-hour because of blocked or inaccessible roads.

I think this typifies the current situation, people are just burning through what they have at hand. It's a logistical problem which has not yet fully hit. It's going to get a lot worse before it gets better.

Disasters are good for competent presidents, or at least one who's competent with domestic policy, which has evaded even some good presidents. In general a hurricane is only going to make a president look bad if they already looked bad.

Targeting storms that carry the kinetic power of thermonuclear weapons seems overkill when it's been well proven all you have to do with this particular president is say something mean about him on Twitter.

Staff member
And really, if Obama had the power to use the deep state to secretly steer hurricanes without anyone noticing, you'd think he'd just rig the election, or have Trump's brain zapped to incapacitate him. It seems rather disproportionate.

Mick West said:
And really, if Obama had the power to use the deep state to secretly steer hurricanes without anyone noticing, you'd think he'd just... have Trump's brain zapped to incapacitate him.
Click to expand...

Are we sure he didn't? 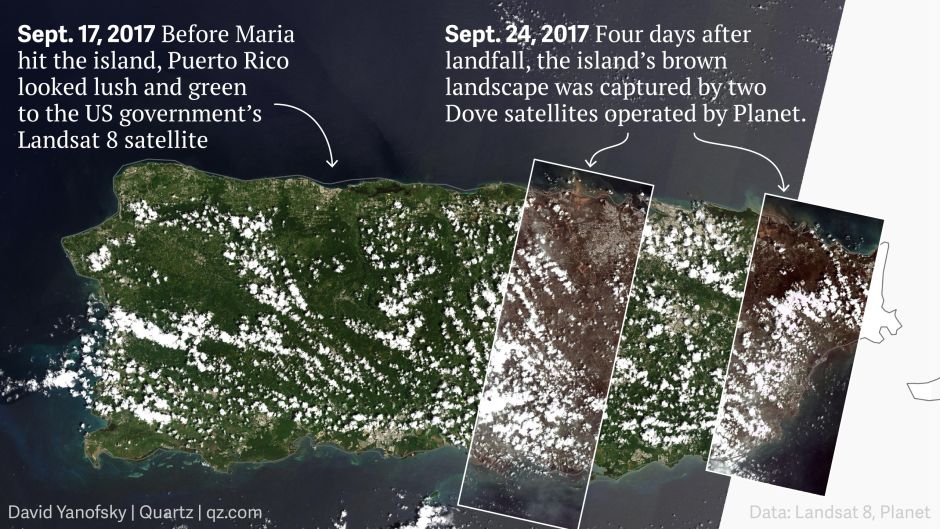 Those images are from different satellites, so I think we have to be careful when comparing colours.

Trailblazer said:
Those images are from different satellites, so I think we have to be careful when comparing colours.
Click to expand... 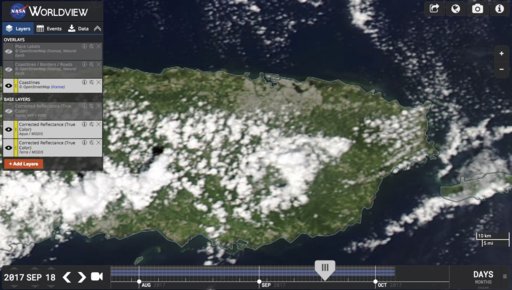 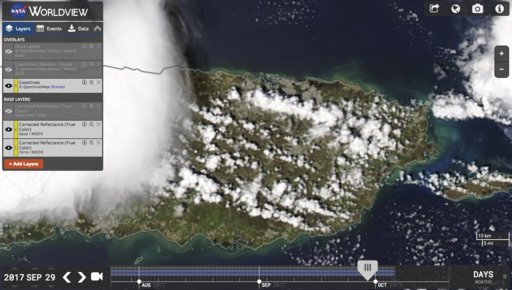 Even the time of day the image was taken can affect the resultant color though.

Trailblazer said:
Those images are from different satellites, so I think we have to be careful when comparing colours.
Click to expand...

Yeah, when I said "seems unbelievable", I meant it literally, though I realize my comment may not have come across that way (I do that sometimes just to see what reaction I get!)

I remembered a thread on this board about images of earth from space and how differences in the colors between two images might give an illusion that something is going on, when in actuality it's just differences in camera equipment or some other factor (I may not be remembering that particular thread accurately, but I believe that was the basic gist of it). So I was hoping that someone here would be able to explain the image I posted.

Quick search does show, however, that before & after satellite imagery is being used to help identify areas that were damaged.


To assist in disaster response efforts, scientists at NASA's Jet Propulsion Laboratory and Caltech, both in Pasadena, California, obtained and used before-and-after interferometric synthetic aperture radar (InSAR) satellite imagery of areas of Eastern Puerto Rico to identify the areas that are likely damaged. The imagery -- acquired before the storm on March 25, 2017 and again one day after landfall on Sept. 21, 2017 -- is from the radar instruments on the Copernicus Sentinel-1 satellites operated by the European Space Agency. The resulting Damage Proxy Map shown here may be viewed and downloaded in full resolution at:

The map is used as guidance to identify potentially damaged areas and may be less reliable over vegetated and flooded areas.

T
Claim: National Endowment for Democracy has funded the Chief Editor of The Kyiv Independent