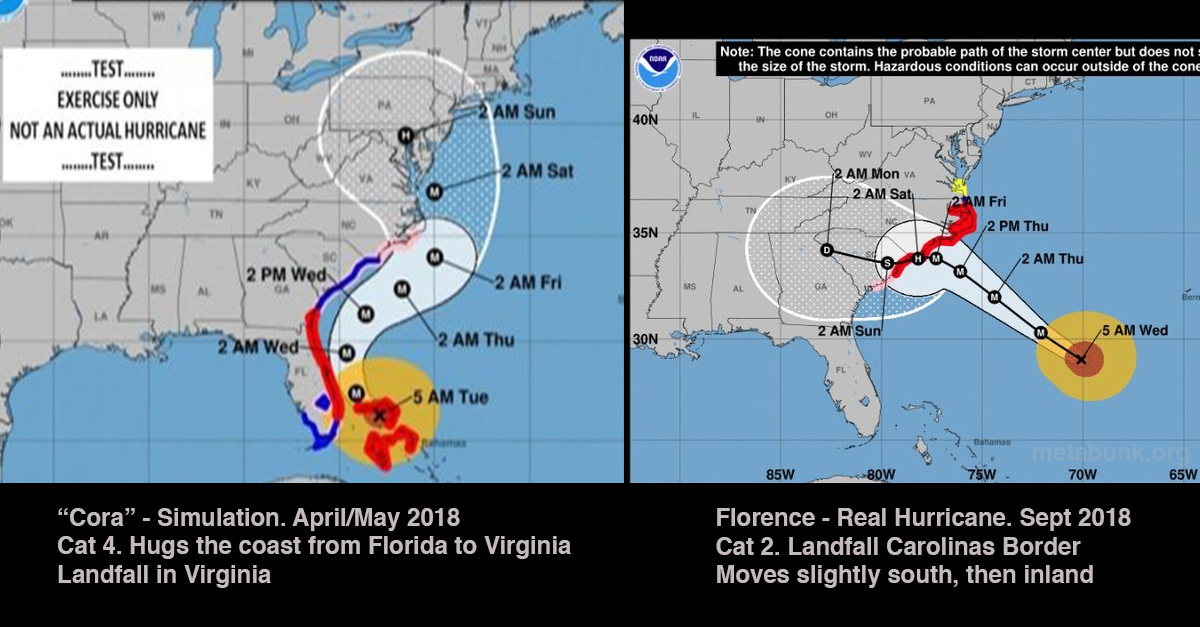 Hurricane Cora was a simulated hurricane used in a readiness exercise earlier this year. Some conspiracists have suggested that it is very similar to Florence, which must mean that "they" knew Florence was coming, presumably by being able to control the weather.

However Cora is nothing like Florence. Cora basically parallels the coast all the way from South Florida to Virginia, moving rapidly from south to North and eventually hitting Washington DC. Florence is at right angles to this, slowing down as it makes landfall, then dissipating inland.

With Cora, the areas of maximum storm surge (see the red line in the diagrams above) are mostly in Florida. With Florence, these are in the Carolinas and Virginia.

Cora was also a (simulated) category 4 all the way from Florida to the Carolinas. Florence is expected to make landfall as a Cat 2.

Basically Cora was the worst case they could think of, the entire East Coast being hit by a major hurricane. So any hurricane that hit the East Coast is going to resemble a part of the Cora simulation. But hurricanes hit the east coast all the time, so there's no coincidence here.

In the comparison above I used the Wednesday start point, because I wanted to include a period where it was actually a Category 4. If we use the current (Thursday afternoon) cart, the difference is even more stark. Notice that "Cora" stays a major hurricane ("M") all the way up the coast, and hits Washington DC still as a hurricane. 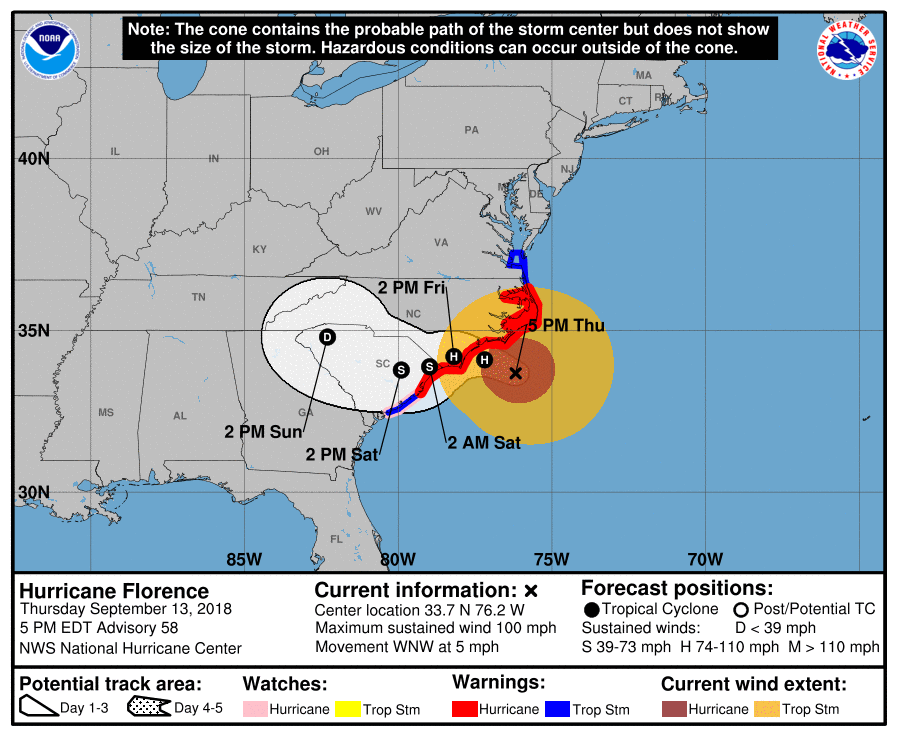 It moves onshore slowly (meaning lots of flooding) then moves inland to a tropical storm ("S") then a depression ("D"). Entirely unlike Cora.
Last edited: Sep 13, 2018
You must log in or register to reply here.