How to Debunk Quotes 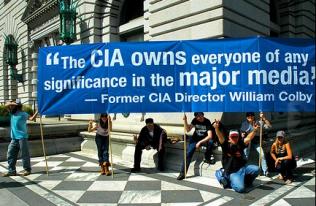 Quotes are a very effective means of getting a message across. You can say "you know that Ghandi said ..." and it gives what you are saying an air of authority.

But frequently quotes are not what they appear. They are sometimes fake, sometimes subtly paraphased, and nearly always taken out of context. In short they are frequently bunk, and they need debunking.

Debunking a quote is a straightforward process.


6. Discuss the degree of truth in the quote
7. Ask the source what they meant (you might want to do this first, but it can take a while to get an answer)​
Meta Step


M. Put the debunking somewhere it can be reused and referenced.​
Let's have a look at each of those steps in detail.


0. Check to see if it's already been debunked.

This is step 0, because it's the default step of any debunking process. It's what you do BEFORE you start to debunk.

It's very temping to just leap in, debunking away, researching, compiling evidence, and writing interpretations. But often someone has been there before, and did a better job than you would, and spent more time on it. Don't duplicate their efforts when you could be off debunking something else.

Take, for example, Larry Silverstein's oft repeated quote that "we decided to pull" World Trade Center 7. Like with most WTC myths, that one has already been debunked. So start there.

Pretty much done right there. But as a Meta step you could collect a variety of links like that, and perhaps provide a summary in the "Quotes Debunked" forum. . You can still also try to provide a single sentence debunking, like "He meant pull the firefighters, as "pull" in demolition means pull down with cables"

Sometimes the source is given to you with the quote, but you still need to try and track it down. Some kind of time-limited search is often useful here, such as Google Books, where you can limit the date, and hence crop out the flurry of conspiracy sites.

If it's a spoken quote, ideally you want to find video, the next best is audio, so you can get a better sense of what's going on, and what they actually mean. Either way you want a transcript you can post for context, and it's better to try to find the official transcript, but if needed you can make your own.

If it's in a book, ideally you'd try to look at the actual book to verify the wording of the quote. A very useful tool here is the "Look inside" feature of Amazon.com, which often allows you to search for a quote, and then read several pages around it.

2. Establish the context of the quote

List as many of the surrounding sentences as is needed to clarify the meaning, maybe a couple of paragraphs before and after the quote.

If it was an answer, then always list the question, even if the answer is long and you have to crop a bit.

Explain anything relevant about the situation at the time. Why was this question being asked? What topics were being discussed, and what were the concerns of that period in time? (For example, Kennedy was concerned about communism, but Bush was concerned about terrorists, so similar statements about "our greatest threat" will have different meanings for different presidents and times).

3. Establish the meaning of the terms, allusions and references in the quote and context

Go word by word through the quote. Are there words or phrases that are being misunderstood? This could be either because context is lacking, or because the terms are technical, or refer to something specific to that time period. Or the confusion might just because a term like "it" is taken to refer to something in the previous sentence, rather than the general topic at hand.

For example, when Kennedy says "a monolithic and ruthless conspiracy", he's not referring to a domestic US conspiracy. He's referring to the Communists in the Soviet Union. And when David Keith says "moral hazard", he's referring to the technical economics use of the term (not that it has another use, but it kind of sounds like "something morally wrong", so people go with that).

4. Explain the meaning of the quote

You've set the stage, now pull it together. This can be difficult, because you often can't be 100% sure of what they mean. Often if it's a live quote (such as William Cohen's eco-terrorism quote), it's something in the middle of a rambling series of disconnected utterances. But try to establish a plausible chain of thought. If it's doubtful, give alternatives.

Don't totally ignore the conspiracy theory interpretation of the quote. Explain just how plausible or not it is in the context you've established, and with the true meaning of the words and phrases. Give some possible alternate meanings if they exist. It might even end up that you can't really tell what they meant - which is still a debunking, as it debunks the conspiracy interpretation as well.

5. Give a single sentence debunking

This single sentence is something that you can give as a simple response to the quote being used in discussion. It's intended to get directly to the heart of the matter, and state what is wrong with the other person's interpretation of the quote. It's a clear statement that you need to be prepared to back up by explaining the previous four steps. It does not need to contain every single thing you discovered about the quote, just a simple statement.

"Kennedy was talking about the communists".

That's all you need. If they go on you can explain the context, the time of the speech, why he was talking to the American Newspaper Publishers Association, and what message he was trying to get across ("I'm not going to censor you, but please don't help the communists"). But try to start out with the simplest of debunkings. You can build on it depending on the the reaction of the other person.

6. Discuss the degree of truth in the quote

This step is optional, and often unnecessary. If a quote is directly false or misleadingly out of context, then you can just stop there. But sometimes the quote is actually reflecting a true situations, and you don't want to ignore that. It would not be honest, or helpful, to give someone the impression that you think you've debunked the entire subject, just because you've shown one quote was misleading.

For example, William Colby's quote about owning people in the media seems to have been made up. The CIA did pay some people in the media, Colby did admit this, but that policy (and the quote) dates back nearly 40 years. You might want to think of a single sentence explanation for this as well, maybe incorporate it into the debunking sentence. Like "fake quote based on something that was half true 40 years ago"

7. Ask the source what they meant

Email them. Ask politely if they could clarify. Explain how the quote has been taken out of context. Be brief and respectful. Post what they respond with.

Of course, the conspiracy theorists will just say "well, of course he would deny it now, he was only speaking the truth accidentally". So sometimes you can't just rely on the word of the person who said the quote, you've still got to go through the process of establishing context and meaning based on the original quote and setting.


Meta Step. Put the debunking somewhere it can be reused and referenced.

If you put some effort into debunking a quote, then you don't want that effort to go to waste by having your debunking languish in the depths of a conspiracy forum, or as a comment on some blog post or news story. Put it somewhere that it can be easily found, somewhere that's not going away, and preferably where it can updated and discussed.

You also (and perhaps most importantly) want it somewhere that will show up on search engines, so if someone searches for "kennedy warning quote debunked", then your debunking will show up, and be obviously the debunking people are looking for.

To that end I've created a forum here, specifically for debunking quotes. One thread per quote, and the quote is the title of the thread. The first post contains the debunking, and subsequent posts can discuss it.

I've started it out with a few quotes that I see popping up over and over, and I'll add more over time. It's not going to stop the tide of bunk quotes popping up everywhere, but it makes it easier to slap them down when they do.
Last edited: Nov 20, 2013
You must log in or register to reply here.