Not sure if this is an old or new video considering the tabloid provenance but interesting. Looks like space junk re-entering the atmosphere and breaking up to me. 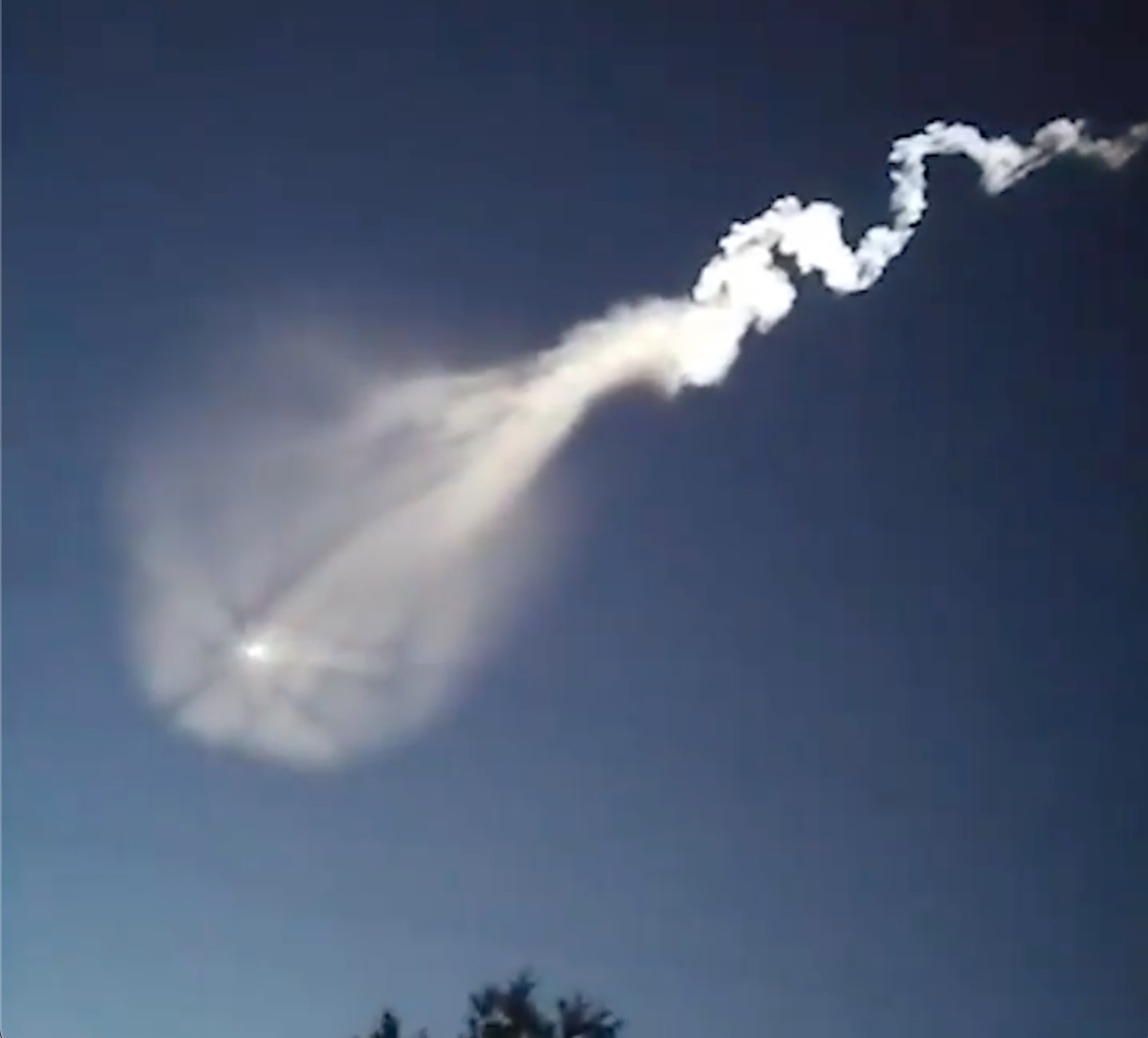 What you want to try to do is embed the video or picture. You say what the link is about, but your asking people to "click the link", which might violate the "no click policy". Let people see what your talking about. I just highlighted the text above and below the video and then copied and pasted. Let' see if it works. Something like this:

Edit: Nope, I can't get it to work. It shows up when I do the response, but not when I post it. More work needed.

Edit2: Ok, so I hovered over the actual video which gave me the classic "pointing finger symbol" then right clicked using Microsoft Edge (no making fun of me like my kids do, I usually use a Mac). that gave me the option to "copy" the video then paste it here. Now we can see what your talking about.

Edit3: Never mind. I'm clueless, the video wont show up when I post. We need someone smarter to handle this. 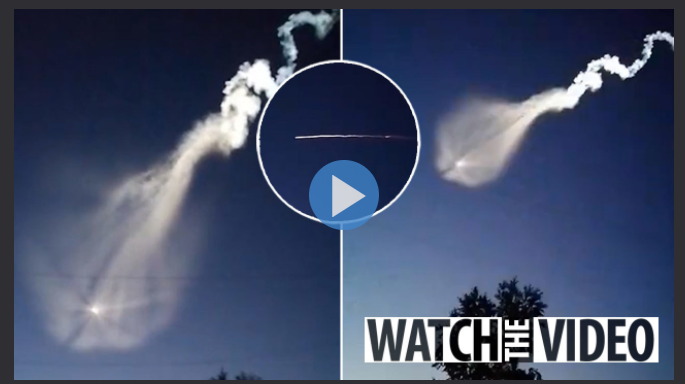 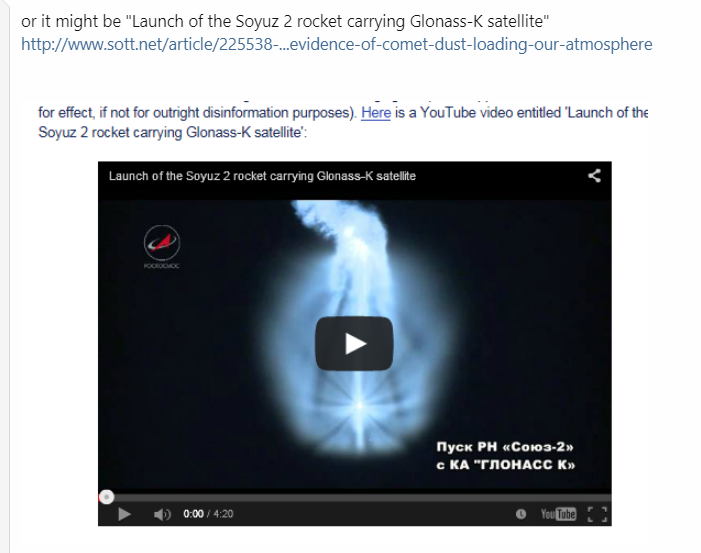 Occurred on July 1, 2021 / Amur Oblast, Russia My friends and I saw the movement of some object in the sky, it looked like a comet, but it flew slowly and we realized that it was some kind of rocket or flying machine, a little later it exploded and a pattern in the form of jellyfish was formed, we even heard some kind of sound similar on blast.

Indeed, several test launches have taken place at the newly remodeled Vostochny Cosmodrome launch site in Amur Oblast where the video was shot. Records show that the most recent test launch was completed on July 1 — the same day of the sighting. 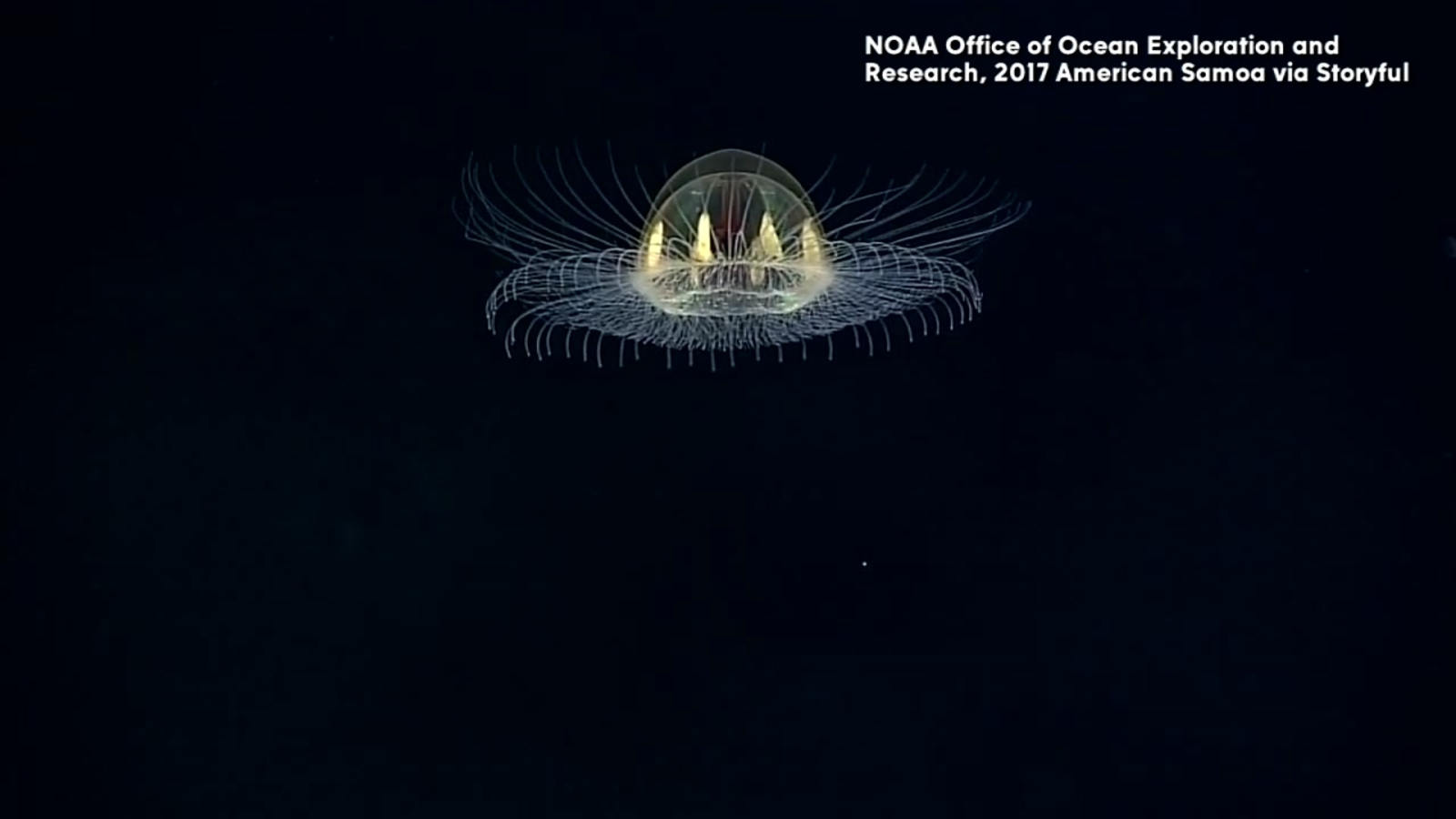 Or this, which comes from the fridge. 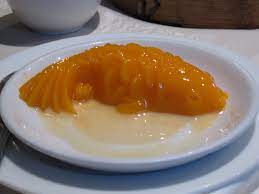 Gary McH-P said:
Or this, which comes from the fridge.

That was a Soyuz-2.1b launch with 36 OneWeb satellites from the Vostochny Cosmodrome, Russia, on July 1, 2021: https://youtu.be/xrAZDacXrmQ

Definitely a rocket launch, either before dawn or in evening twilight. This picture I took is from a pre-dawn launch from the Kennedy Space Center approximately 45 miles east of the location the pic was taken at. As the rocket rises into the upper atmosphere the sun can illuminate the exhaust plume which expands in this less dense region of the atmosphere. Here the rocket is seen moving away from the camera viewpoint, in the original post the vehicle is viewed above the camera but the effect remains the same. There are many videos/images available of this phenomenon to view via your preferred search engine. 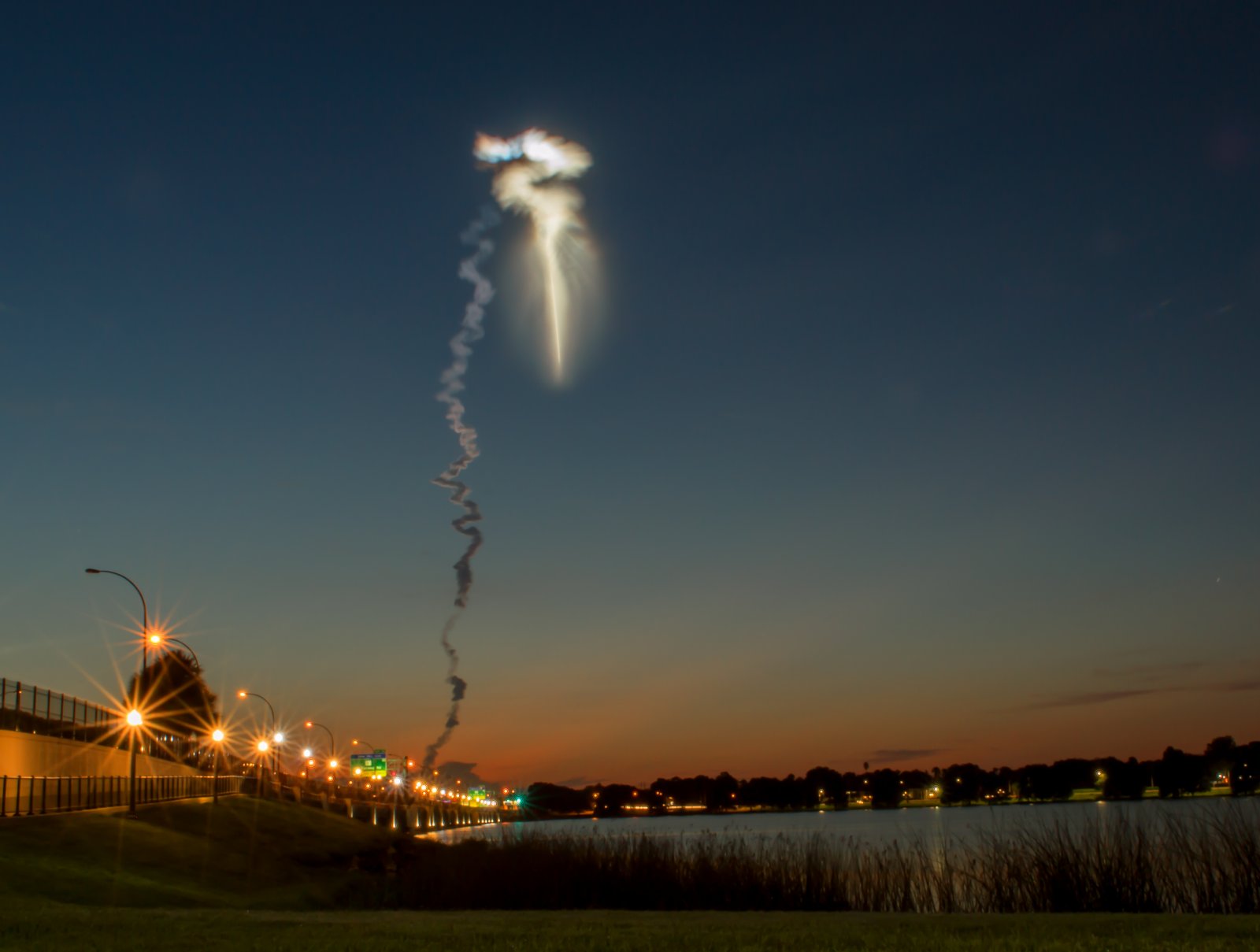 Rocket exhaust inside the atmosphere is like confetti fired out of a cannon. It comes out fast... but the air slows it down to nothing almost before it has a chance to get anywhere.

The same rocket exhaust in the near vacuum of "space" is like confetti fired out of a cannon with no air to slow it down. It's bullet-fast when it comes out, and it stays bullet-fast. So... it spreads.

The pre-dawn launches are awesome when they shoot it towards the rising sun so the exhaust spread in the far upper atmosphere lower space is illuminated. I live on the "Space Coast" and am out on the water most mornings before sunrise and those early launches are my favorite to watch.

For those that have not seen it, this seems a good place to drop a mention of the "2009 Norwegian Spiral." Picture below. A favorite of some UFO enthusiasts -- understandably so, as it is dramatic, unusual and beautiful -- it still crops up on UFO/parnormal boards from time to time. It was also a rocket launch, an Russian submarine launched ballistic missile (SLBM) test. Since we have so many great images of normal rocket exhausts here, it seems a good place to post one that went wrong and produced an unusual effect, as an illustration of another face a rocket launch can show to observers on the ground. 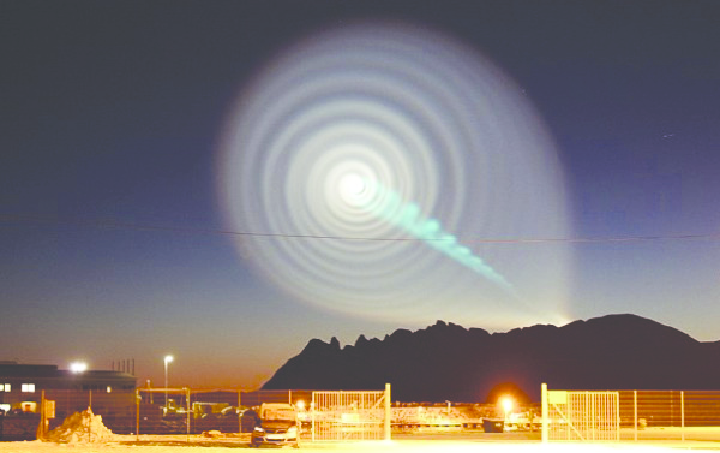 On 10 December 2009, the Russian Defence Ministry announced that a Bulava missile test had failed. According to a spokesman, "The missile's first two stages worked as normal, but there was a technical malfunction at the next third stage of the trajectory."[8] Russian defence analyst Pavel Felgenhauer stated to AFP that "such lights and clouds appear from time to time when a missile fails in the upper layers of the atmosphere and have been reported before ... At least this failed test made some nice fireworks for the Norwegians."[10] Prior to the Russian statement, Jonathan McDowell, an astrophysicist at the Harvard–Smithsonian Center for Astrophysics, had already suggested that the unusual light display occurred when the missile's third stage nozzle was damaged, causing the exhaust to come out sideways and sending the missile into a spin.
Click to expand...