Some strange white lines appeared on the iPhone "Living Earth" app this morning.

These are obviously not aircraft contrails, as they are far too long and straight. The most likely explanation is some kind of image processing glitch. But how did it get there?

Shortly after I took those screenshots, the lines were gone. Living Earth seems to update the cloud cover image every three hours or so. I snooped the traffic and found it was fetching the images from a CDN server with a URL like:
http://cdn.livingearthapp.com/maps/clouds/clouds-09-03-2014_12_00.jpg
Which looks like: 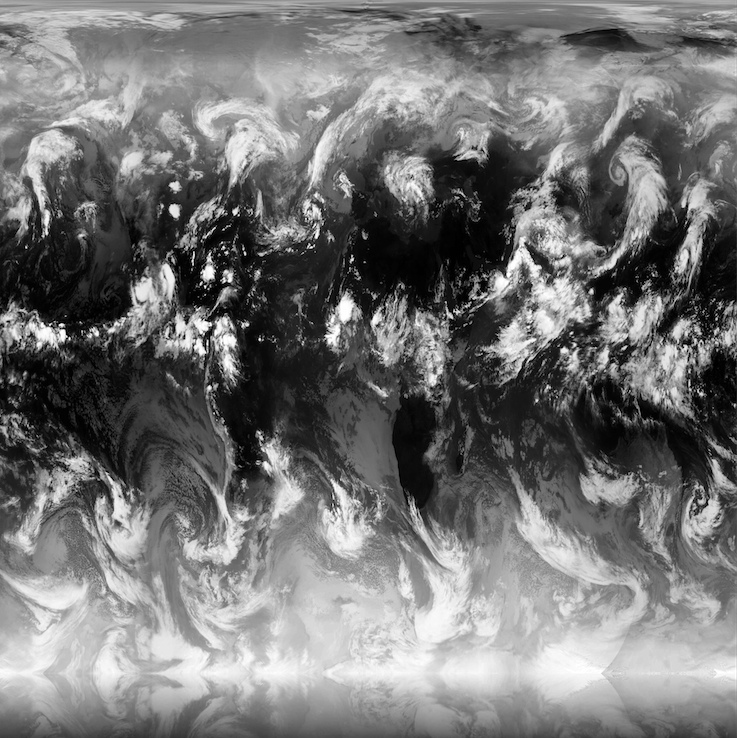 This is an equirectangular projection, a square image that can be wrapped around the globe simply by converting latitude and longitude into X and Y position in the image. 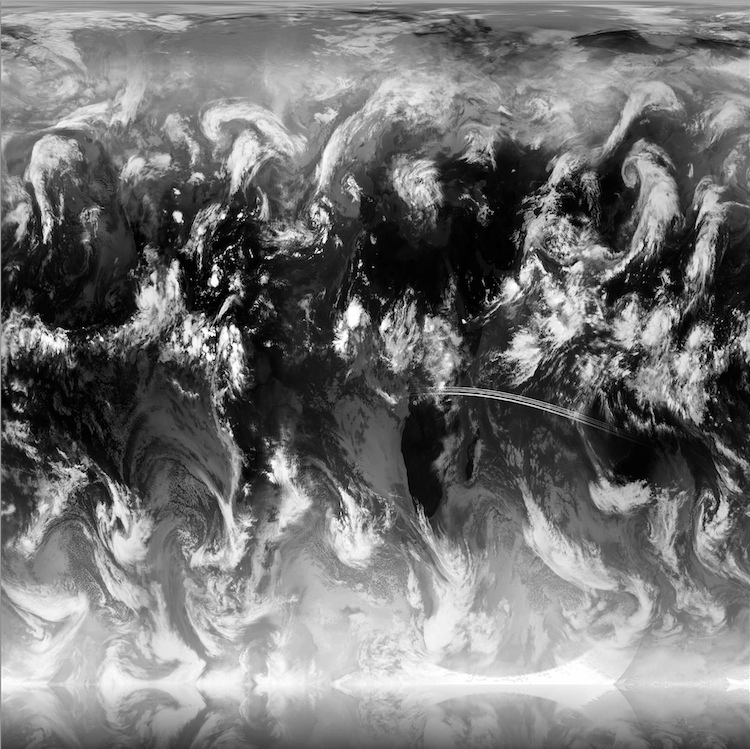 The full globe cloud images are created from a patchwork of multiple sources. So it looks like this glitch came from the stitching together of a corrupt image with a good one. Sometimes there are transmission errors between satellite and ground. It looks here like it lost a few lines of the image.

Confirmation that this happens can be found in older images, like:
http://cdn.livingearthapp.com/maps/clouds/clouds-09-02-2014_21_00.jpg
(showing just the north half) 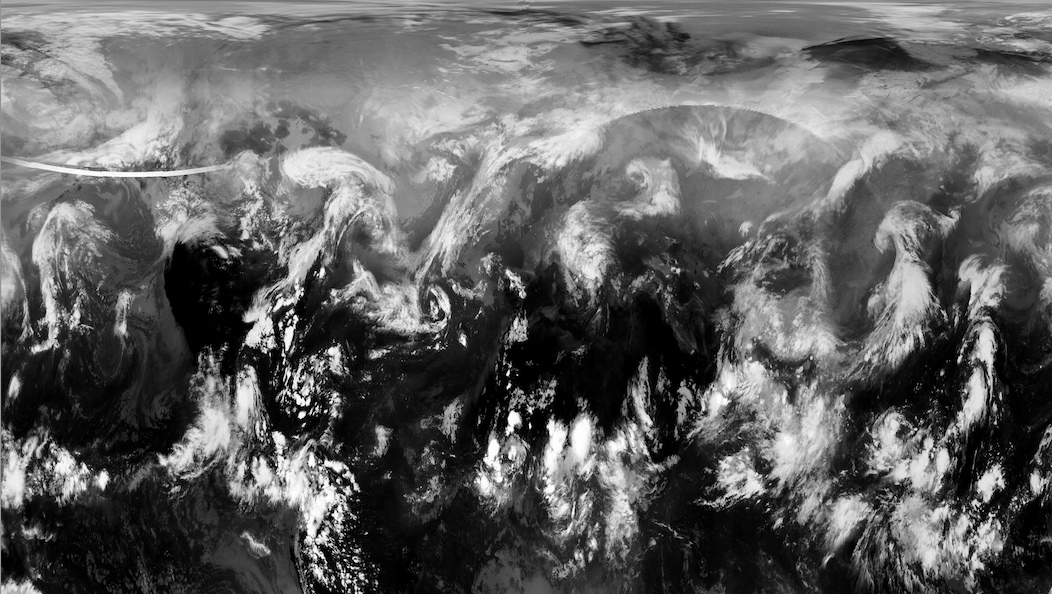 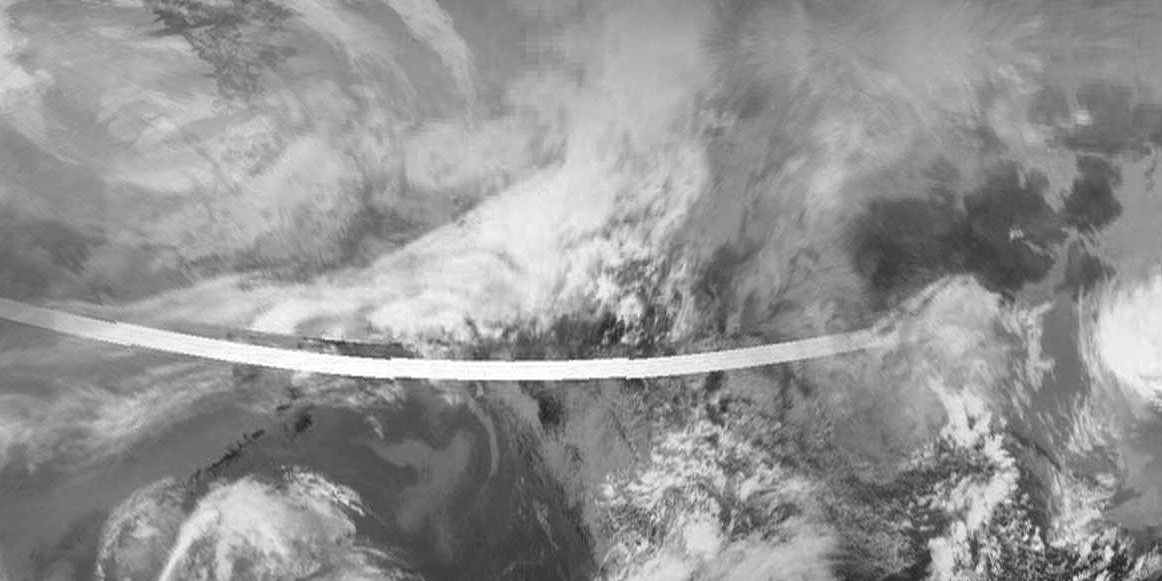 Here it's more obviously a digital glitch. You can also see it fade out at the left and the right as it is blended into adjacent images. Notice also the curvature, which matches the curve of the "trails", except inverted, being on the other hemisphere.

There are only a few sources of these images, most of which can be found here:
http://www.ssec.wisc.edu/data/geo/
You can select the satellite and the type of image from the drop-down box: 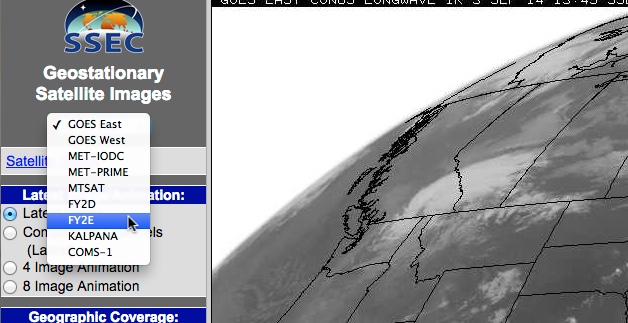 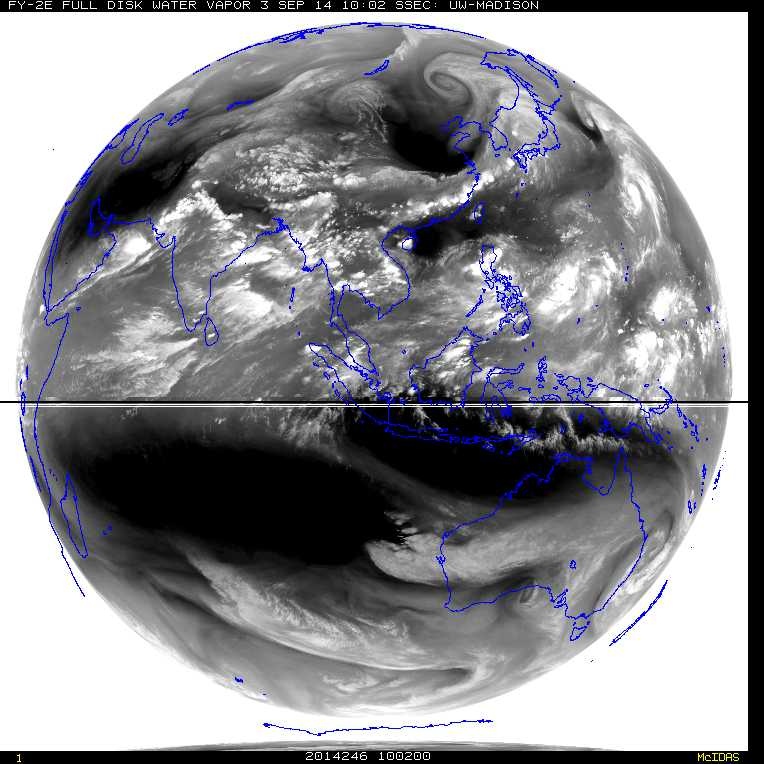 So all we have here is some glitched data, which is creating these interesting lines when stitched together
Last edited: Sep 3, 2014
You must log in or register to reply here.