Staff member
A video from Prison Planet and the linked story suggest there are 17 fake cell phone towers that look like regular towers that are intercepting people's calls and hacking their phones: 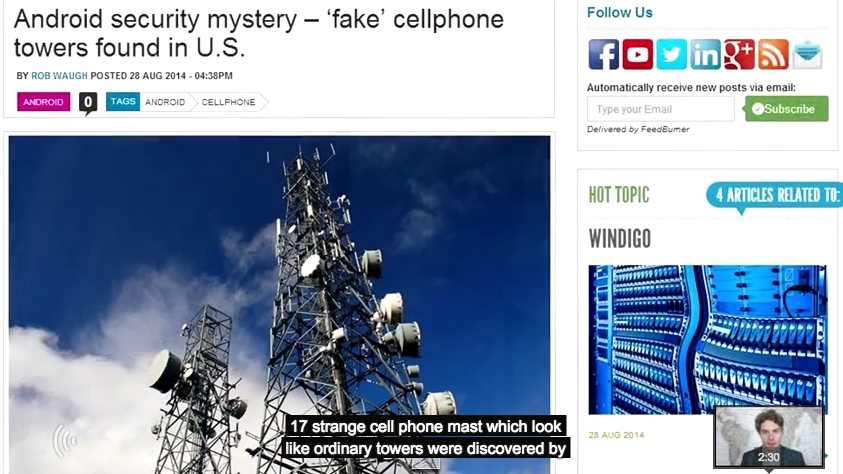 Firstly they are not actually towers, they are interceptors or IMSI Catchers, which are basically just computers with an antenna:, often referred to as "StingRays", which actually refers to a specific brand name.
http://www.meganet.com/meganet-products-cellphoneinterceptors.html 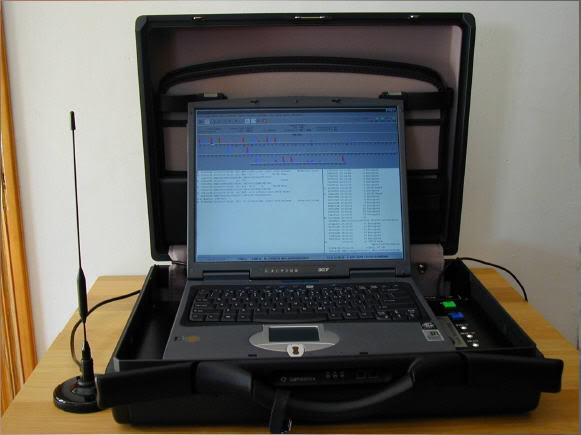 Or can be slightly larger suitcase sized boxes: 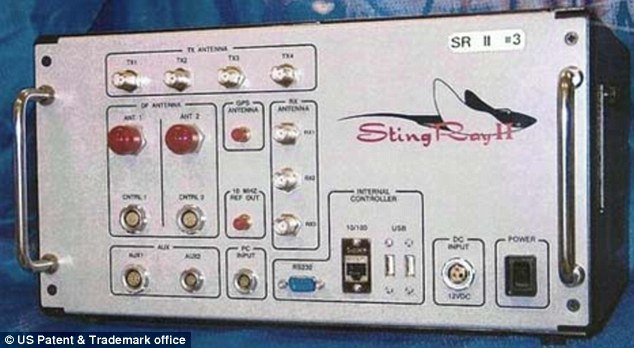 The original story in PopSci got this wrong, and everyone else followed suit.

The speculation in the PopScie article just does not really make sense:

Chinese interceptors on a US military base? Why didn't you tell the military about this? For that matter why isn't the FCC investigating?

But what a lot of people are questioning is if this is just a public relations exercise for the manufacturer of the "Cryptophone 500", which supposedly detected these 17 interceptors. Online commenters have suggested that what is being detected is likely just secure government private networks, such as might be used at military bases.


While QSAlpha's general descriptions of its technology sound reasonable, claims of being "un-hackable" are bound to draw derision from security experts. After talking to Chao, Ars reached out to two experts to get neutral opinions on Quasar IV, speaking to Steve Thomas, who recently discovered a critical flaw in Cryptocat, and cryptographer Jean-Philippe Aumasson.

Thomas was blunt in his response. "The only thing you need to know about this phone is 'proprietary encryption.' If you aren't aware, this means it's probably broken. Don't trust me, just Google 'proprietary encryption,'" he told Ars in an e-mail. "They also 'absolutely guarantee the security of their personal data.' That sounds like something a cryptographer would never say."

For more than a year, federal authorities pursued a man they called simply "the Hacker." Only after using a little known cellphone-tracking device—a stingray—were they able to zero in on a California home and make the arrest.

Stingrays are designed to locate a mobile phone even when it's not being used to make a call. The Federal Bureau of Investigation considers the devices to be so critical that it has a policy of deleting the data gathered in their use, mainly to keep suspects in the dark about their capabilities, an FBI official told The Wall Street Journal in response to inquiries.

A stingray's role in nabbing the alleged "Hacker"— Daniel David Rigmaiden —is shaping up as a possible test of the legal standards for using these devices in investigations. The FBI says it obtains appropriate court approval to use the device.

Given that they were in use five years ago, they are probably still in use now. So it's hardly surprising that a specially programmed phone might detect some if you drive around the country for a month.
Last edited: Sep 6, 2014

It looks like the FCC has started a task force to look into it but what I'm getting is that the bunk part is that the devices in question aren't fake cell phone towers, but computers hooked up to antennae that simulate cellphone towers. Is that right?

Willie said:
It looks like the FCC has started a task force to look into it but what I'm getting is that the bunk part is that the devices in question aren't fake cell phone towers, but computers hooked up to antennae that simulate cellphone towers. Is that right?
Click to expand...

That, and that the PopSci article reads like an ad for the Cryptophone.

Its been almost a year since this was posted and the conspiracy of fake cell towers has changed thanks to a lot of information about their unlawful use being exposed.

A public defender in Baltimore is calling this a public crisis and a group of lawyers there are seeking to use the fact that law enforcement was secretly collecting data from telecommunications devices via these portable fake cell towers called interceptors (aka stingrays). Lawyers are seeking to overturn convictions because law enforcement was acting in an unlawful manner when it used these devices and then willfully acted to conceal the use of these in court. Law enforcement had signed a NDA with the FBI to not discuss the devices.

Law enforcement uses technology that it signed an NDA with the FBI to not discuss and purposefully conceals the use of these in court. How is this not a conspiracy?

BlueCollarCritic said:
How is this not a conspiracy?
Click to expand...

"Conspiracy" covers a whole range of people discussing things in private. Perhaps you could use some more precise language? What are you trying to debunk here?
B

Are you implying there's nothing to debunk here Mick? Not entirely sure why the dubious label is still on this thread.

Bunk Rogers said:
Are you implying there's nothing to debunk here Mick? Not entirely sure why the dubious label is still on this thread.
Click to expand...

You think I should change it to "debunked"? After all there were no fake cell photo towers. Just the StingRay type devices.
B

Well they only figuratively referred to them as 'towers' because of their similar functionality, they in fact use quotes and define the use of the term early on:

So while there are not literal spy towers, there apparently are figurative ones, which is all the article actually states. What's more dubious is making such a big deal over whether the spying devices are literal towers themselves or simply linked in to the tower system. Either way, the story says we're being spied on through towers, which is now admittedly true.

Staff member
But the thing that was being debunked was that there were actually towers. Then there's some discussion of if the story was hyped by the "secure" cell phone manufacturer. That's all. Seems like you want to discuss something else. I suggest you have a quick read of the posting guidelines.
https://www.metabunk.org/threads/posting-guidelines.2064/

I think this particular thread is done.