Debunked: Video of ghost running through football stadium in Bolivia

This story has been doing the rounds. The Daily Mail posted an article about a video of a "ghost" running through a football stadium during a football match in La Paz, Bolivia.

Video here:
There's all sorts of nonsense claims in the article and I've seen on comments and websites about how it's a ghost, how it's remarkable to run so quickly and smoothly down a narrow line between the seats, how the ghost ducks and weaves in and out of the people, how it runs through a barrier, etc.

However, if you watch the video, it's obviously not a barrier he runs through, but merely a set of steps between blocks of seats as you can see a fan sitting on the steps and there's a similar set of stair on the left where a steward in a high-vis jacket can be seen.

There's also video footage of the same guy running down the stairs before he takes a turn and runs through the seating area. I found a link in the comments of the Daily Mail article which linked to it.

Original video here:
And if you look at photos of the stadium in La Paz where the footage was recorded, there's a break in the seating blocks and there's a pathway right where the figure is running so there's nothing at all remarkable about what he's doing. The following is a crop of a larger aerial photo of the stadium in which you can clearly see the break in the seating where the guy runs along so he's not actually running down a narrow row of seats but down a path where he's got plenty of room. 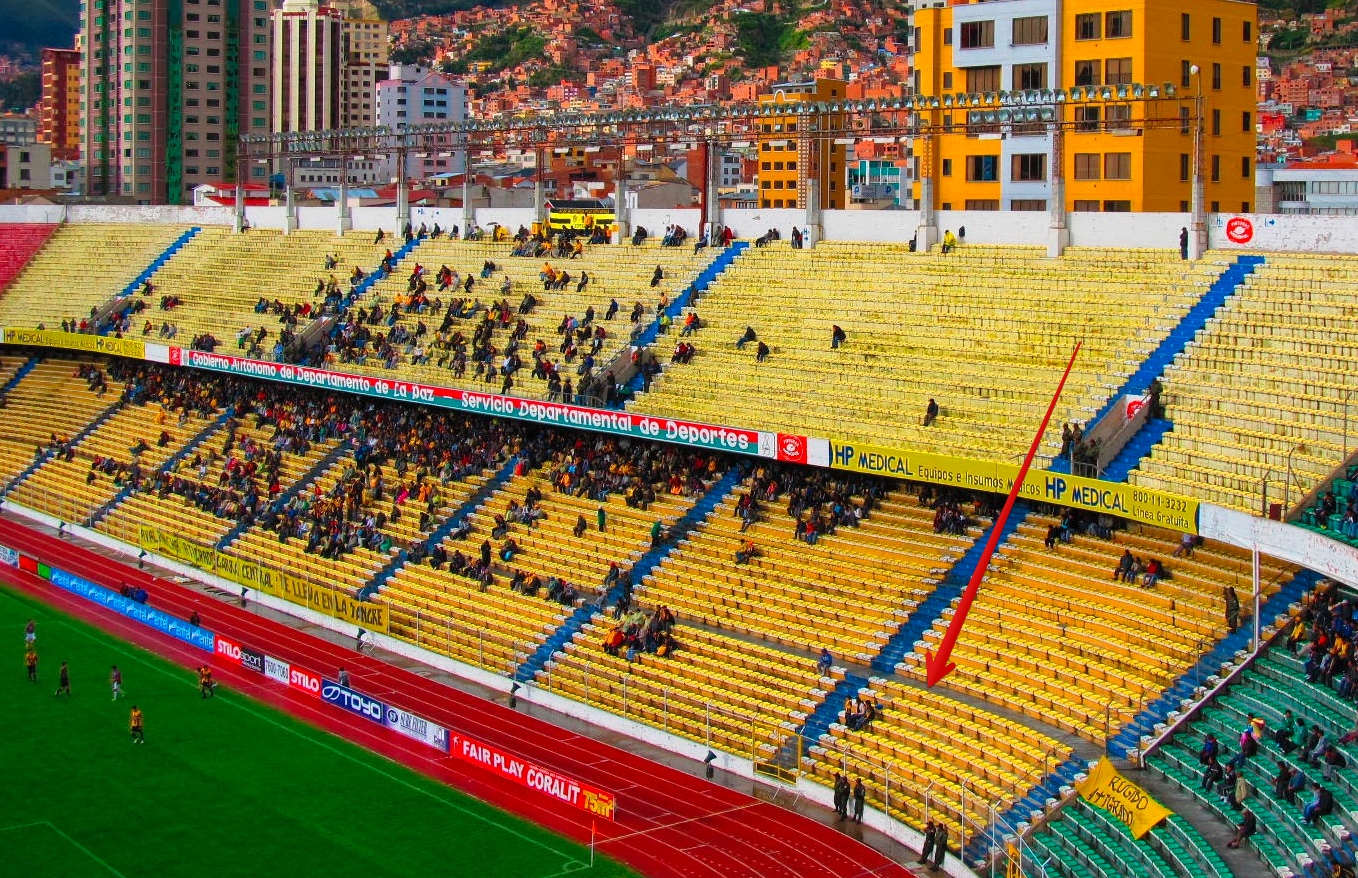 Anyway, I didn't see it mentioned on the forums here, so I thought I'd put together stuff I'd posted on another forum into a single post here.

I've also seen people leaping to conclusions about video editing, or it's something on a zipline, or a shadow of something, how he doesn't run through the barrier but climbs over it etc.

It's just a dude running through a football stadium, there's no barrier and there's nothing at all remarkable about it.
Last edited by a moderator: Apr 24, 2014

Staff member
Swapped out your image for a better one showing the path in more detail. Clearly it's plenty wide to run along very fast.

Nice, that picture also makes it more obvious that there is no "barrier", but merely blue steps between the seating blocks. 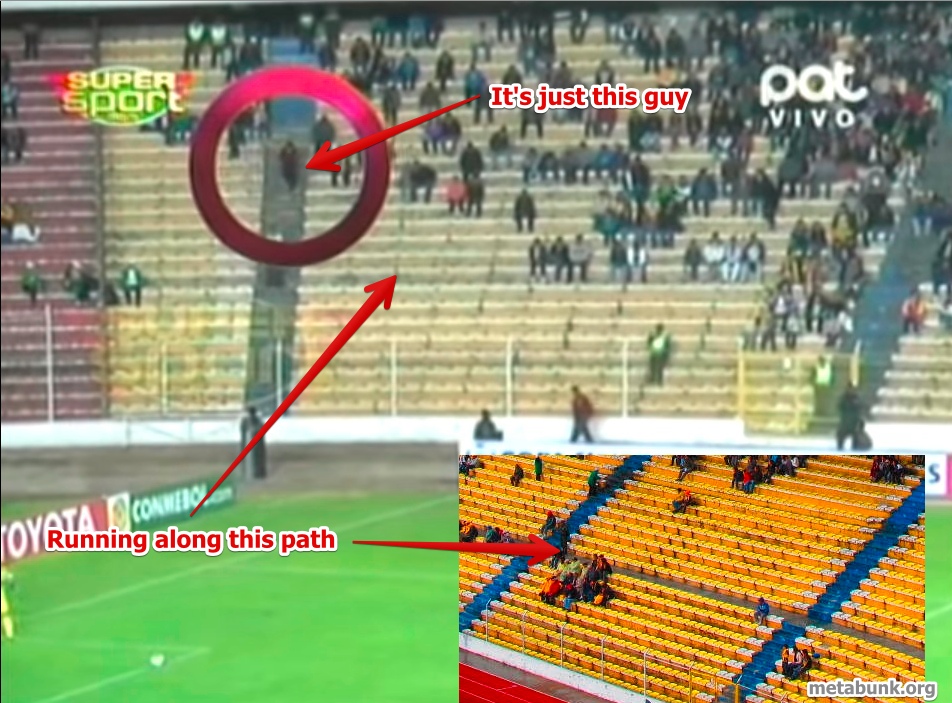 My journey out of the woo