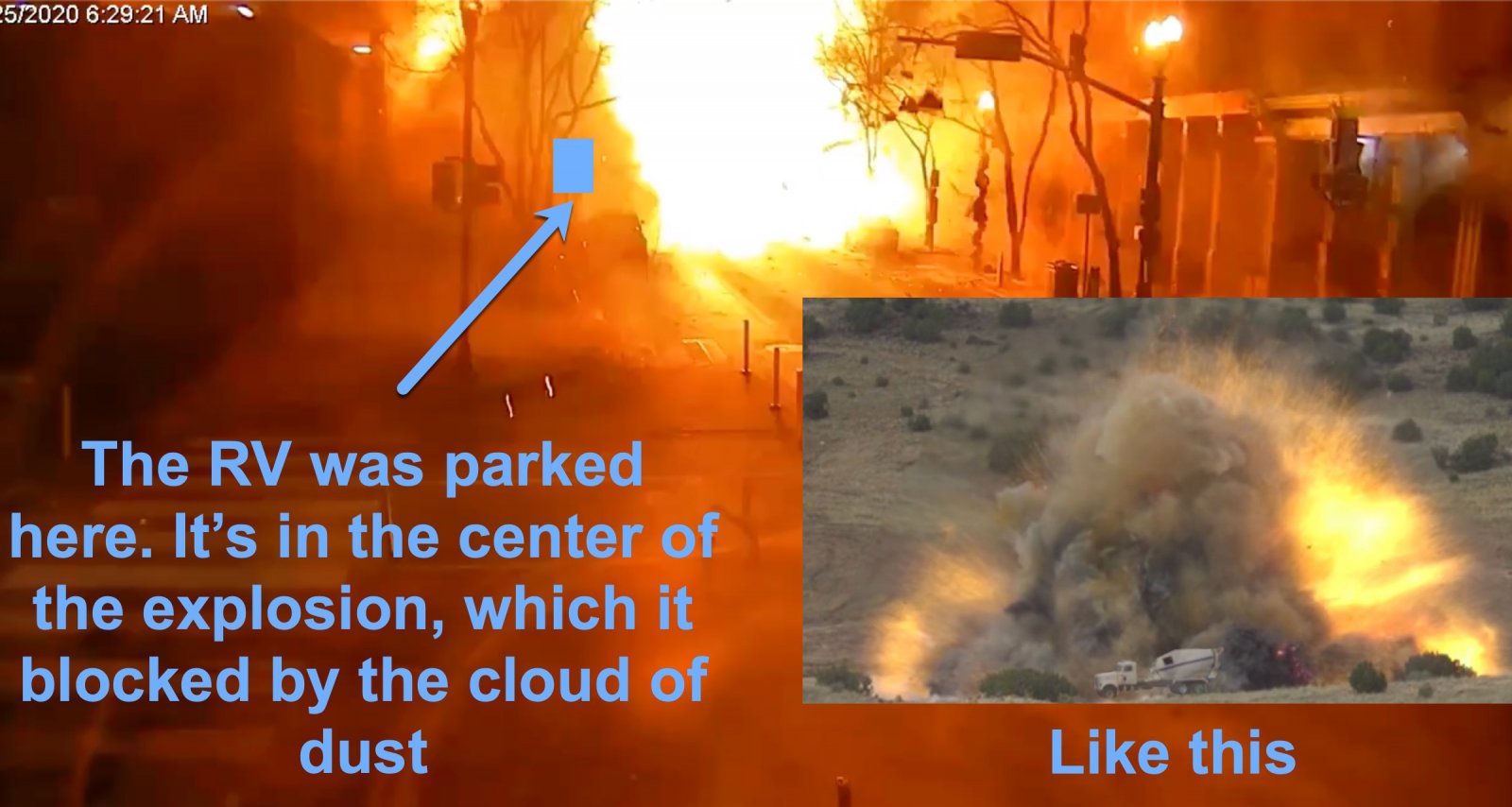 The following video is a cropped and slowed version of the official Metro Nashville PD video of the RV explosion. I've also corrected it for the camera motion from the blast, so you can more accurate see where things are before and after.

Some people have claimed that the explosion comes from "across the street". This is an understandable mistake. If you overlay a before and "during" shot, you see a portion where the fireball is visible on the right, but the RV was on the left. 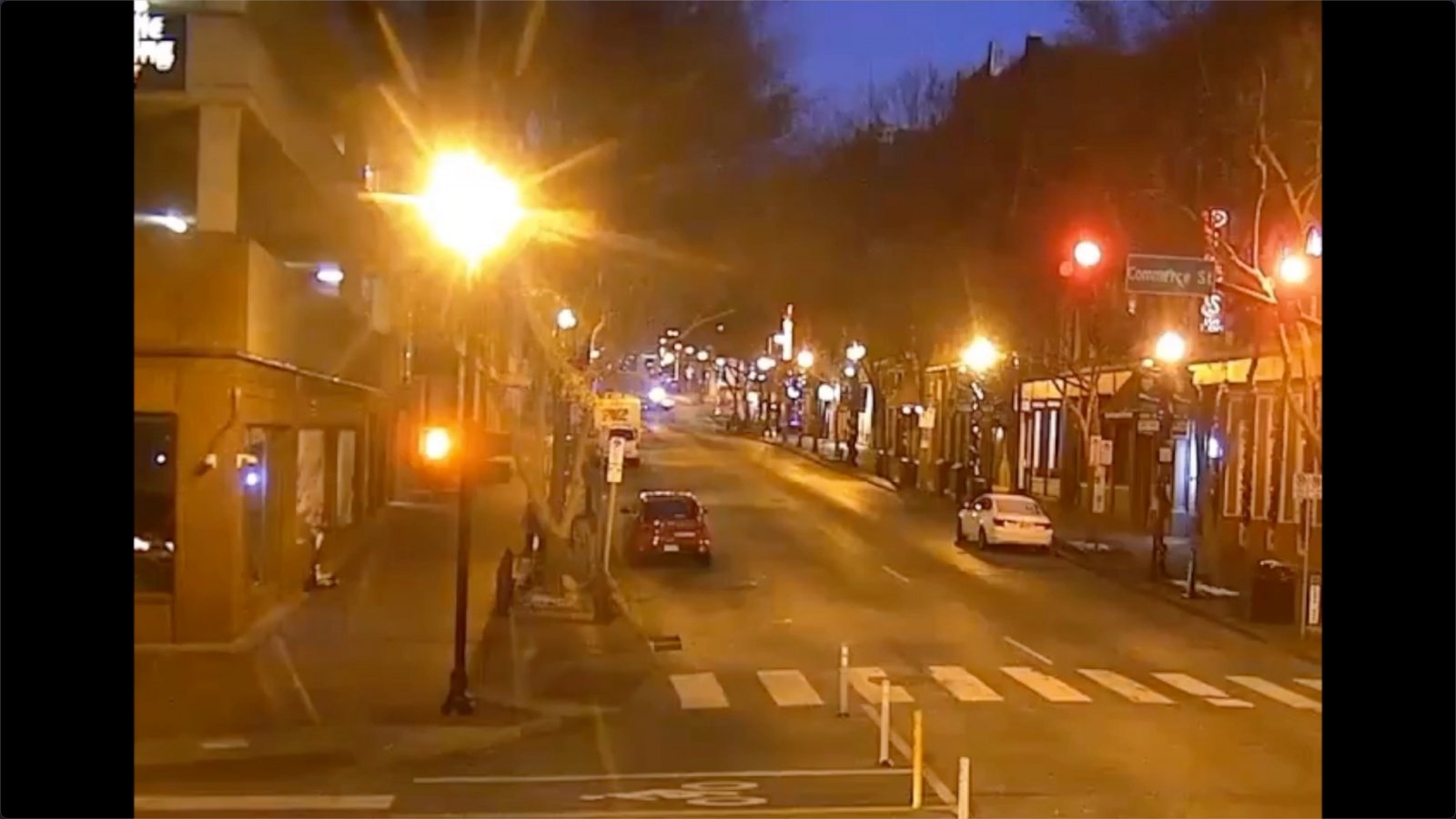 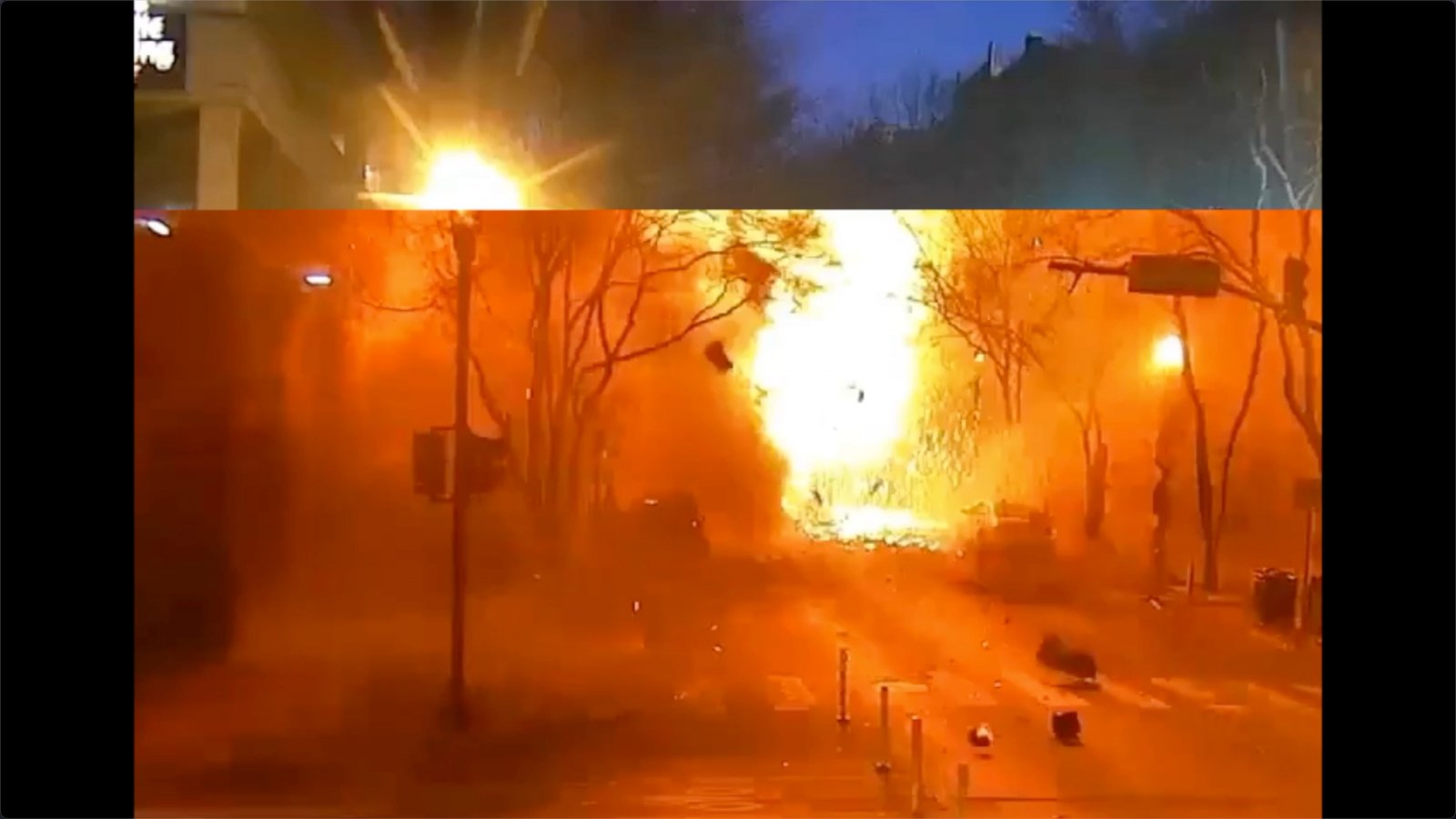 However even in this comparison, it should be obvious what is going on. The fireball is there, but it's blocked in the center by the dust/smoke cloud, and on the left by the building, so the only place you can see it is on the right. You can see the same thing in this footage of a cement truck exploding from Mythbusters. 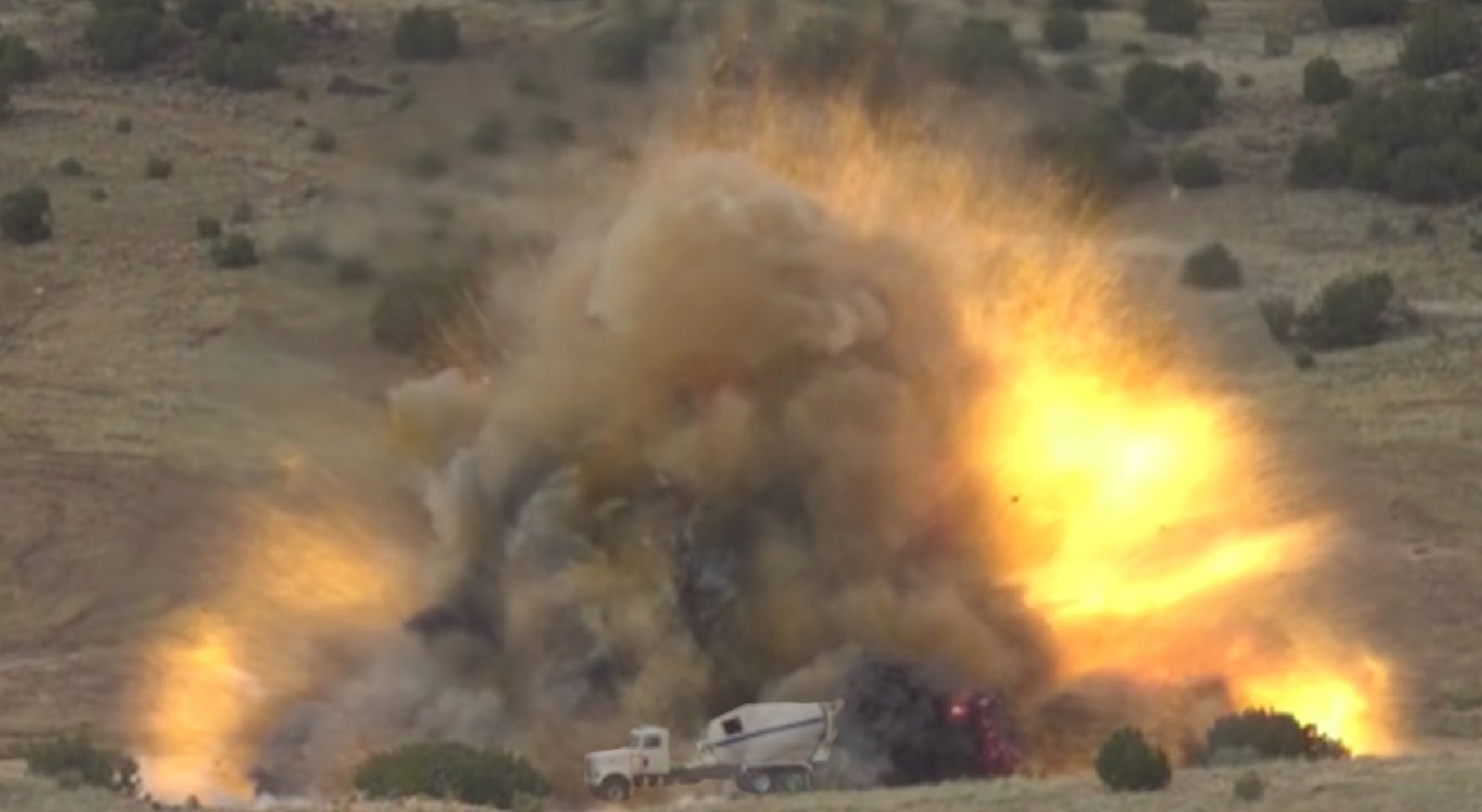 The epicenter of the blast should also be apparent from the aerial shots. The three cars in the street are still there, but the RV has totally disintegrated. 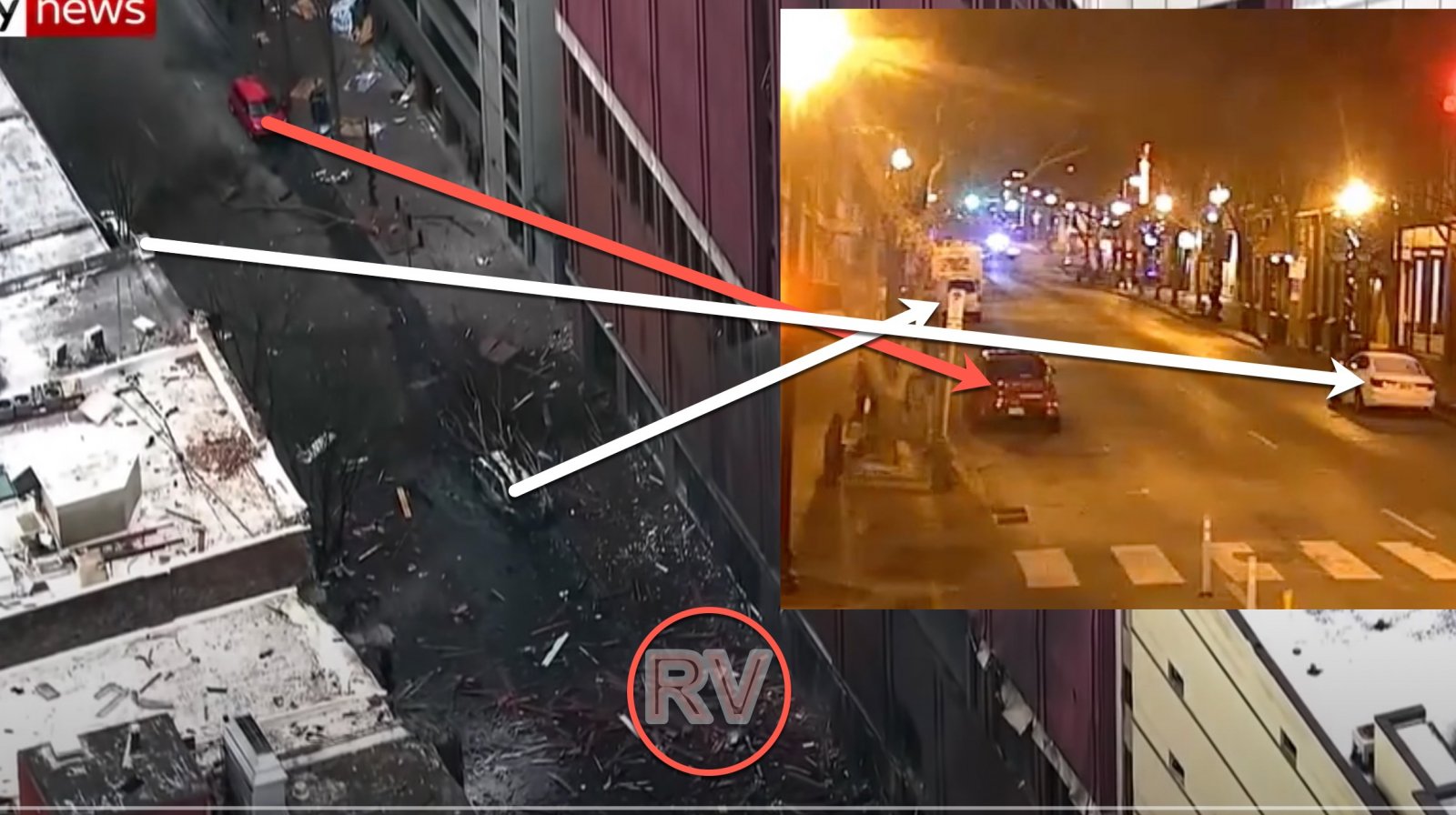 Was It Possible For Trump To Take The Wheel?