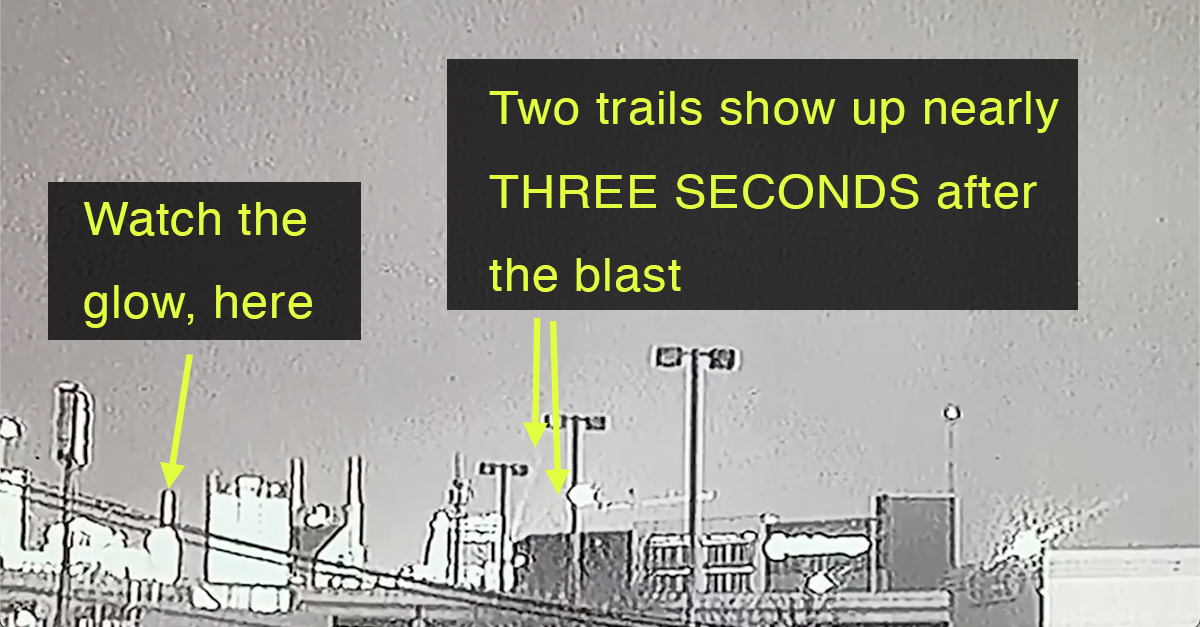 The idea that a city of 700,000 people would somehow fail to notice a missile being fired a an AT&T building, or even the idea that some powerful and secretive cabal would think that nobody would notice, is pretty obviously ridiculous. But missiles are a common target for conspiracy theorists and so it should have been un surprising that some people say that the explosion in Nashville was not only from Anthony Warner's RV, but was augmented, or perhaps caused, by a missile.

The evidence presented for this is tenuous. Firstly there's the idea that the explosion happened across the road from the RV, an idea that took hold because of video showing a the central fireball being obscured by a dust cloud - discussed and debunked in another thread.
https://www.metabunk.org/threads/de...sion-was-across-the-street-from-the-rv.11516/

The second piece of evidence is what looks like a trail of smoke that appears very shortly after the explosion in a remarkably low quality video shot from Blast Away Sandblasting, about 1.1 miles to the South East of the explosion location, this looped video is a cropped portion of this.

The video starts either with the explosion, or very soon after. If you look at the bottom right you will see a building ramping up in brightness as it reflected the explosion fireball. This is the L&C Tower on 4th Ave & Church. 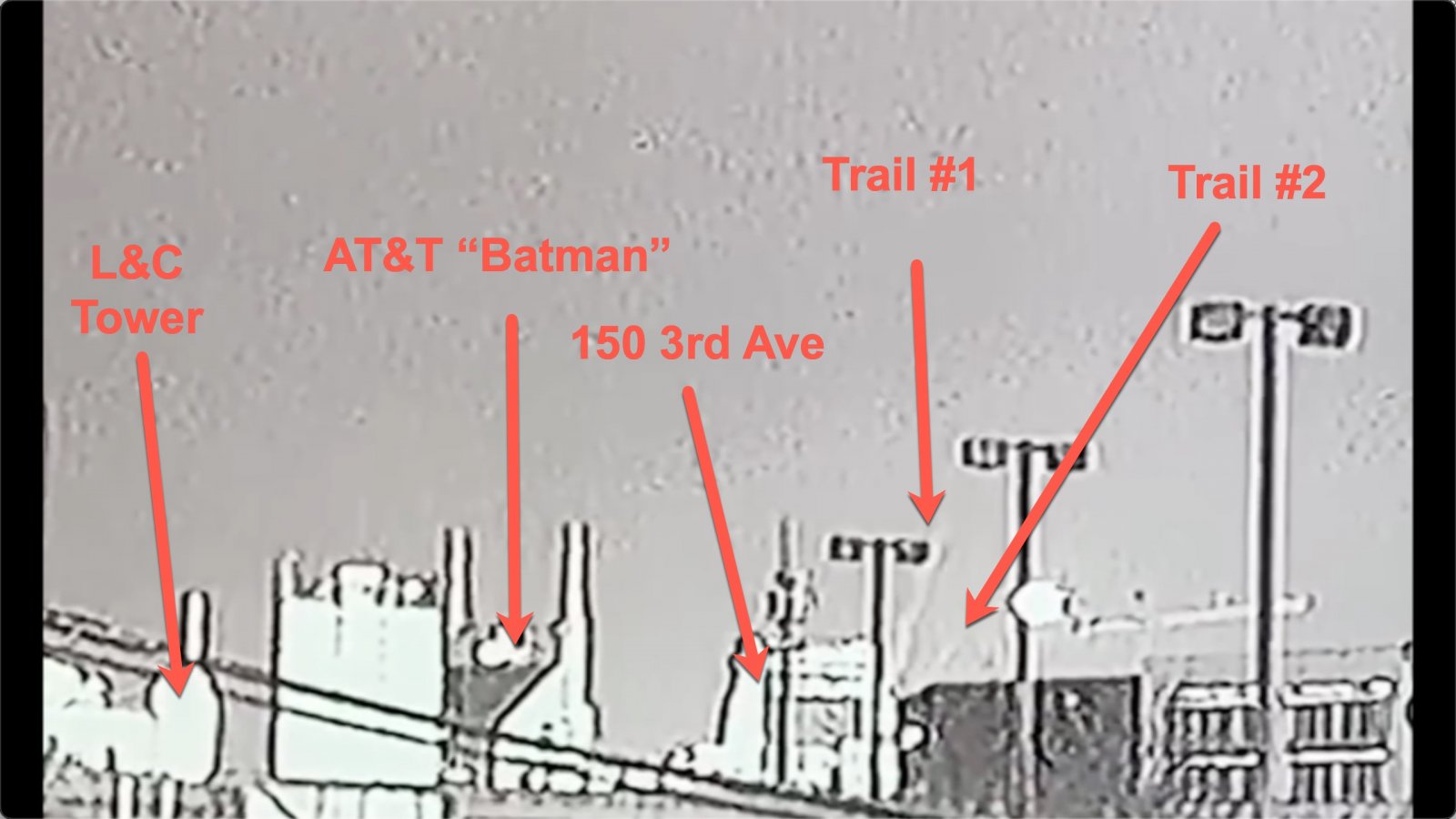 The first time we see the "trail" is about 1 second into the video, so at least one second AFTER the explosion. Over the course of three seconds it comes into view, stretching as high as the second lamp posts, and then fades away. It seem that it's only visible while brightly lit by the fireball below, as it fades away exactly as the bright light on the buildings fades away.

Of significant note, there are TWO trails. The second one is smaller, down just to the right of the first, and appears about a second after.

Given that both trails are only visible after the explosion, the simplest explanation is that they are bits of smoking debris, possibly incompletely combusted explosives, that were thrown into the air, leaving a trail.

This video synchronizes the BlastAway video with another video using the brightness of the on surrounding buildings. It shows that the trail does not appear until nearly three seconds after the explosion.

Its fascinating how some conspiracy theories will propose a process to achieve something that is either counterintuitive or way too complicated to achieve a goal or task. This is good example of that. Nice write up.

I'll amend my (self-deleted) post, by footage of an actual recent missile strike in the country of Yemen. Here is what it looked like where the actual missile arrives....(graphic)..
Source: https://www.youtube.com/watch?v=SCpdDiFUIIA

In the Nashville incident, we see the flash come from inside a street, surrounded between two-story buildings or taller as barrier....... how can that be launched or lobbed from above, like a lucky pinpipoint missile. ??
Last edited: Dec 31, 2020
You must log in or register to reply here.