As many of you know, NASA's Perseverance rover landed safely on the surface of Mars on February 18th, 2021, but it didn't take long before conspiracy theorists came up with the claim that the famous footage of the landing is fake. Well, everybody was expecting it but this particular claim grabbed my attention. 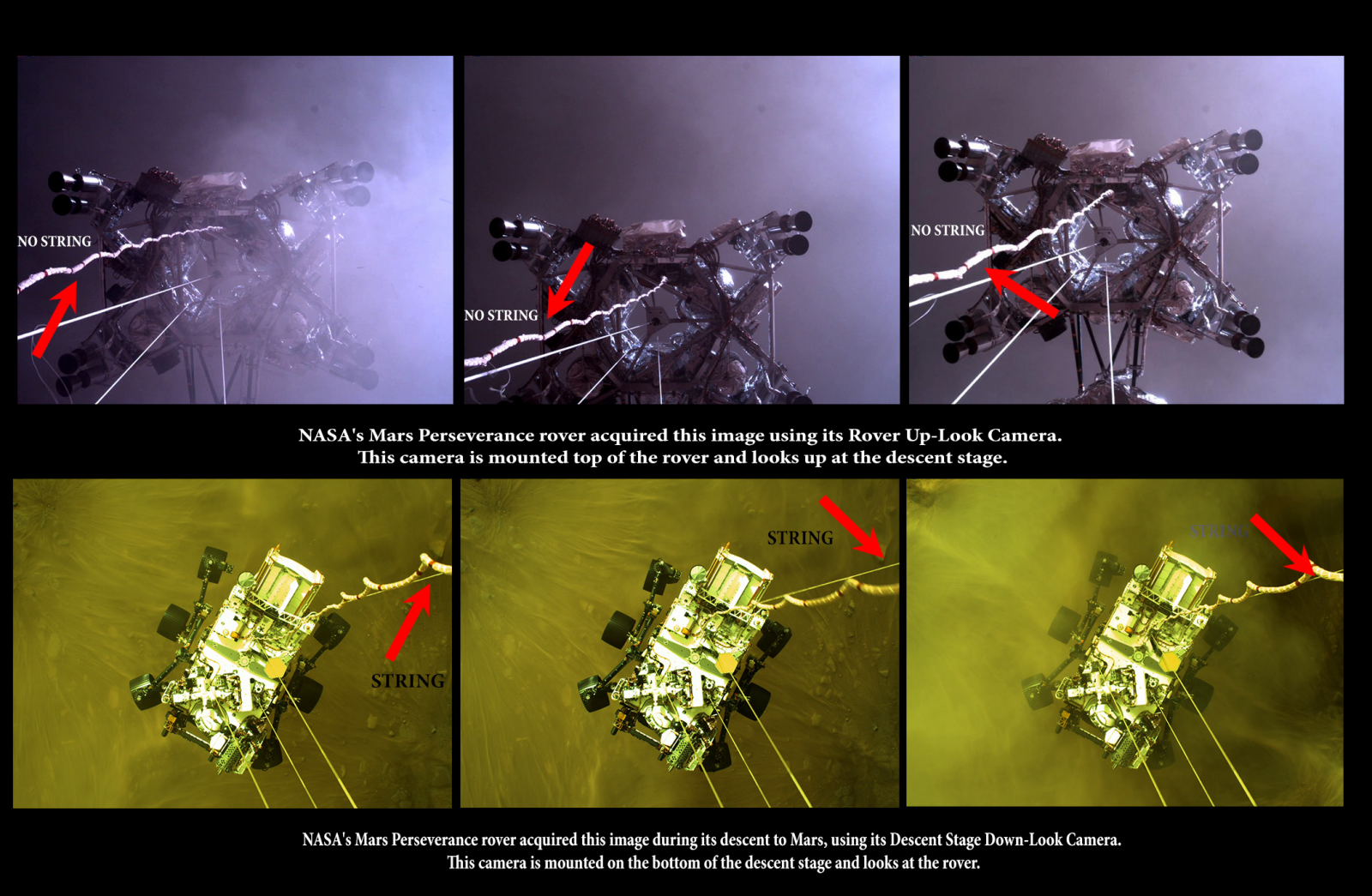 Based on some quick analysis, it appear the "string" is actually part of the twisted communication chord because in the video footage it can clearly be seen how both cables move together. I also think the "string" is made from a different material than the other three cables (it appears more traslucent and thin) and I don't think it goes all the way to the rover but it becomes part of the communication chord. Based on this, I believe the maker of the claim is also looking way down the communication chord in the video footage of the descent stage, because the string seems to be all the way to the top. I've reviewed the landing footage and I cannot locate said string but I did notice this: 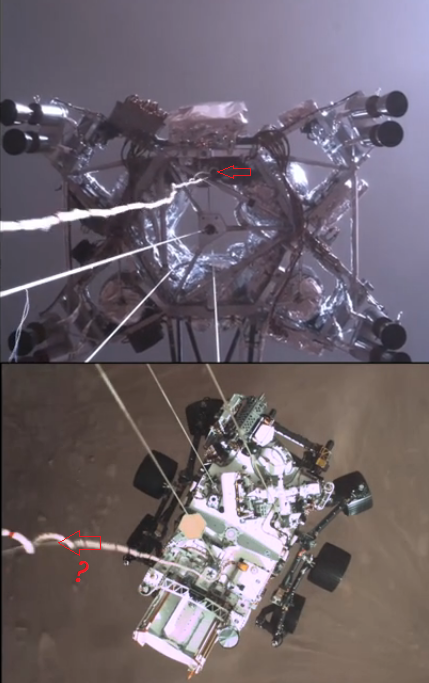 I'm having troubleidentifying the camera locations; I assume both cameras can see each other. Could you indicate them?
Also, what are the dimensions? What's the size of both objects, and what is their distance?

Remnants of the string can be seen in the bottom left corner of all the upward-facing shots. The string is probably a guiding cable to help keep the coiled communication cable from tangling while it unfurls. Once it reaches full extension, the cable snaps to keep it from unbalancing the rover during the hard braking maneuver. That leaves just the 3 hard cables supporting the load of the rover.

Staff member
It's from a video, not photos. The "string" seems to only be there near the top - and not a structural thing.

It can be seen in both shots but as it's up high then it's difficult to make out from the low shot. I've attached a 4K cropped and reframed version 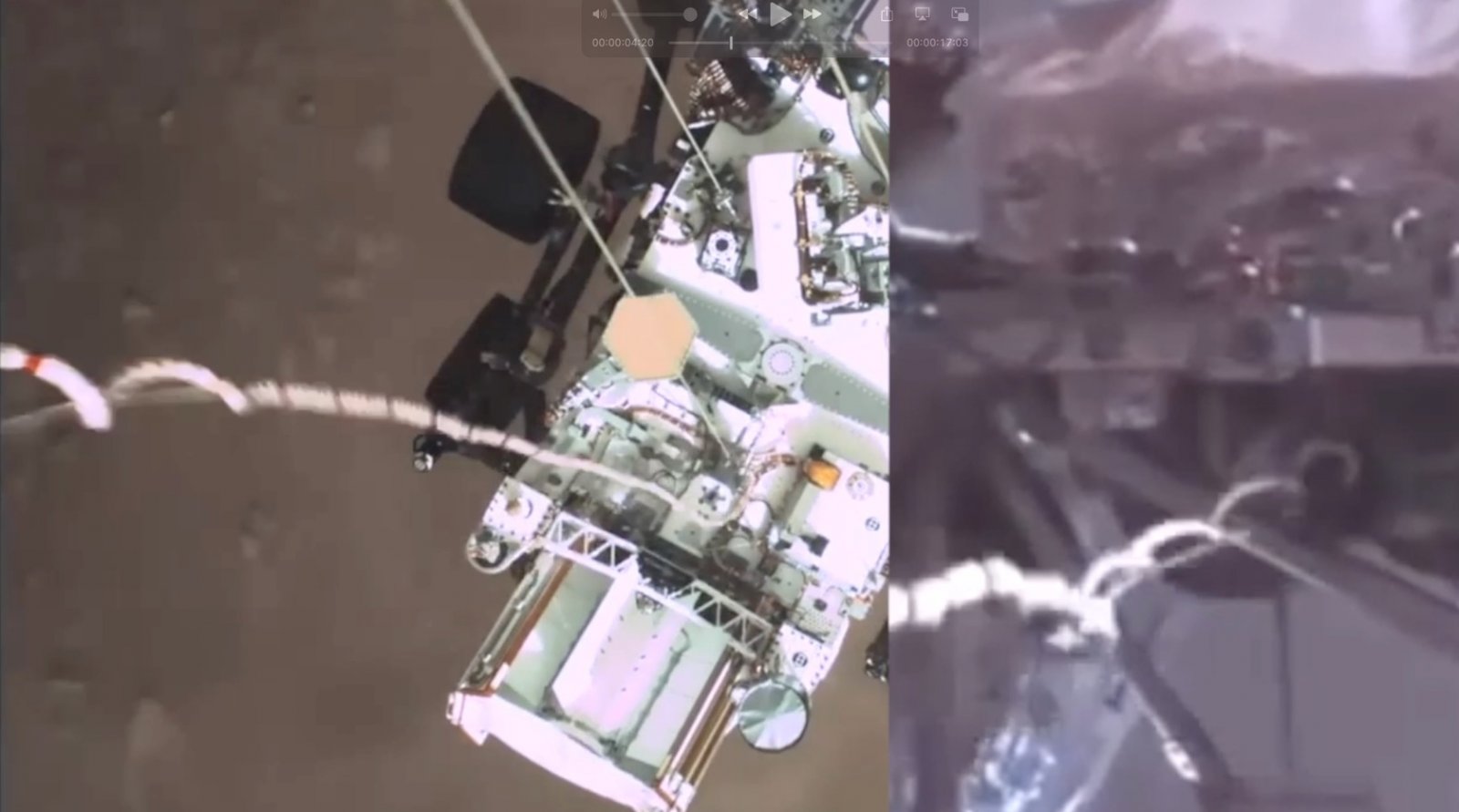 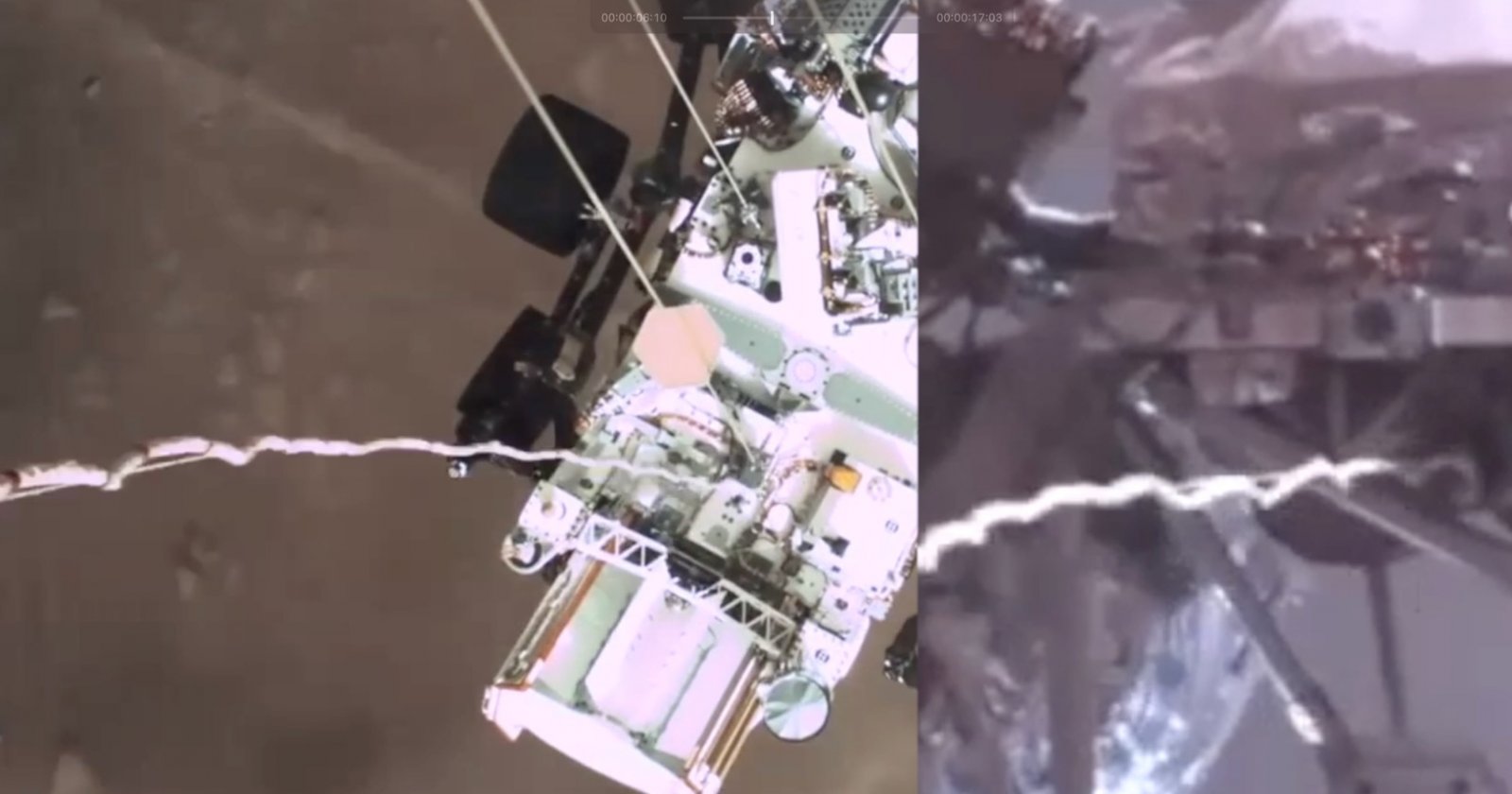