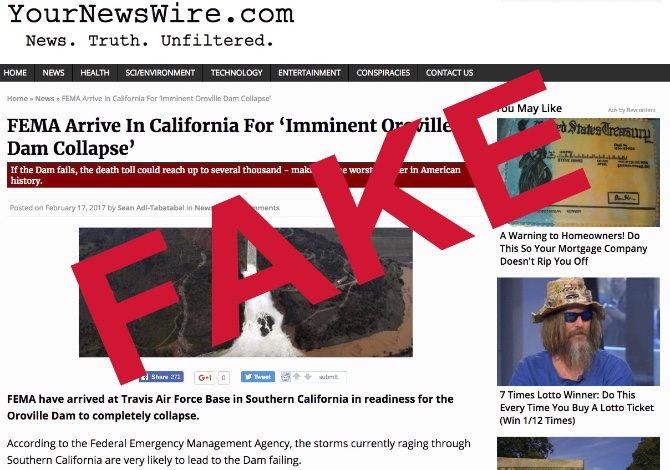 Multiple fake news and clickbait sites are repeating variations of a story that FEMA expects the Oroville dam to collapse, killing thousands of people. This story is false. The source quoted is KCRA:
http://www.kcra.com/article/fema-su...ce-base-in-case-of-oroville-emergency/8944641

Big rigs filled with emergency supplies from FEMA have been arriving at Travis Air Force Base since Wednesday night.
...
At least 44 trucks and more than two dozen personnel from FEMA are expected to arrive at the base through Friday.

“We'll move them as quickly as we can, as soon as the state says there's a need for them,” Verde said.

Perhaps the most obvious clue there is that only "two dozen" personnel have been deployed. Not a lot for the "worst disaster in American history". 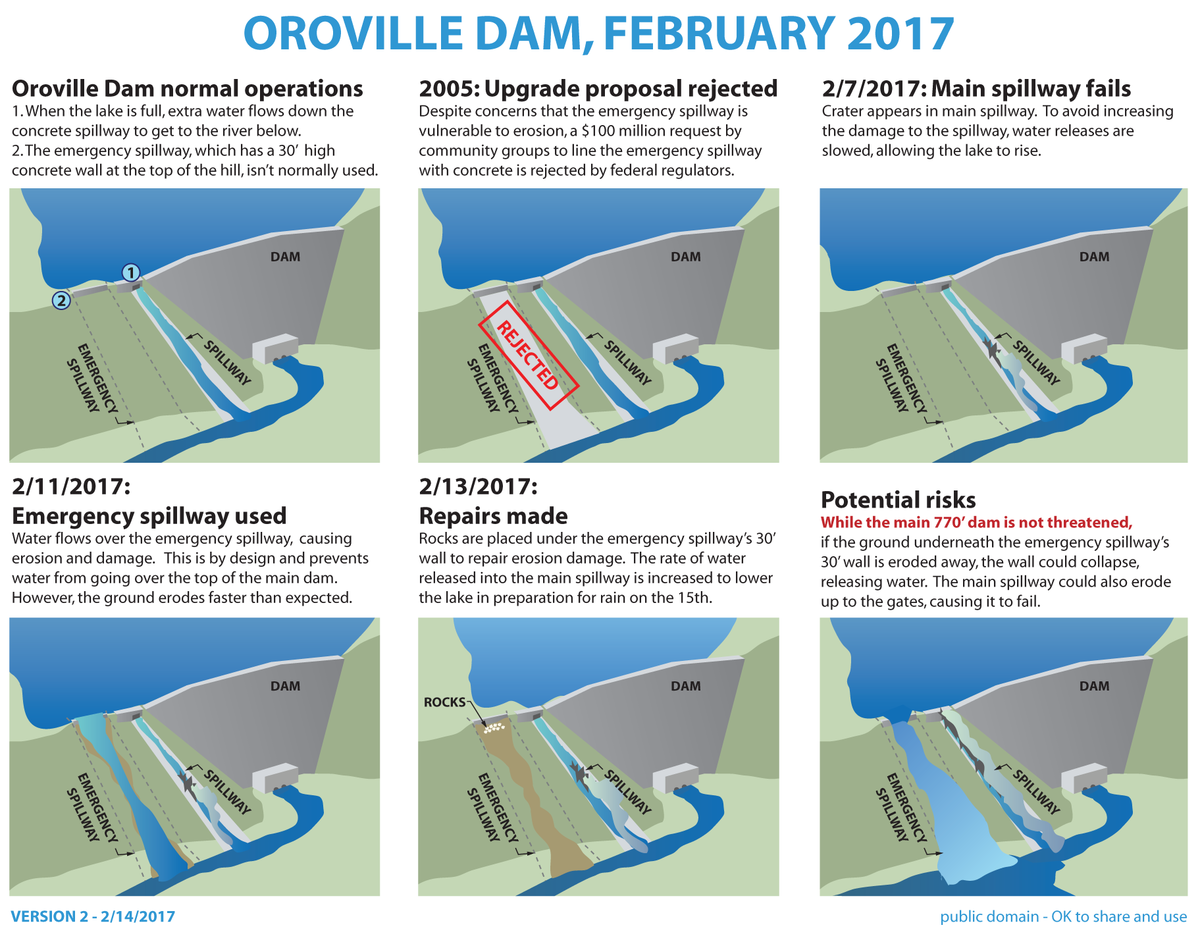 There's no current risk to the dam itself. The spillway is separated from the dam by a rock ridge. 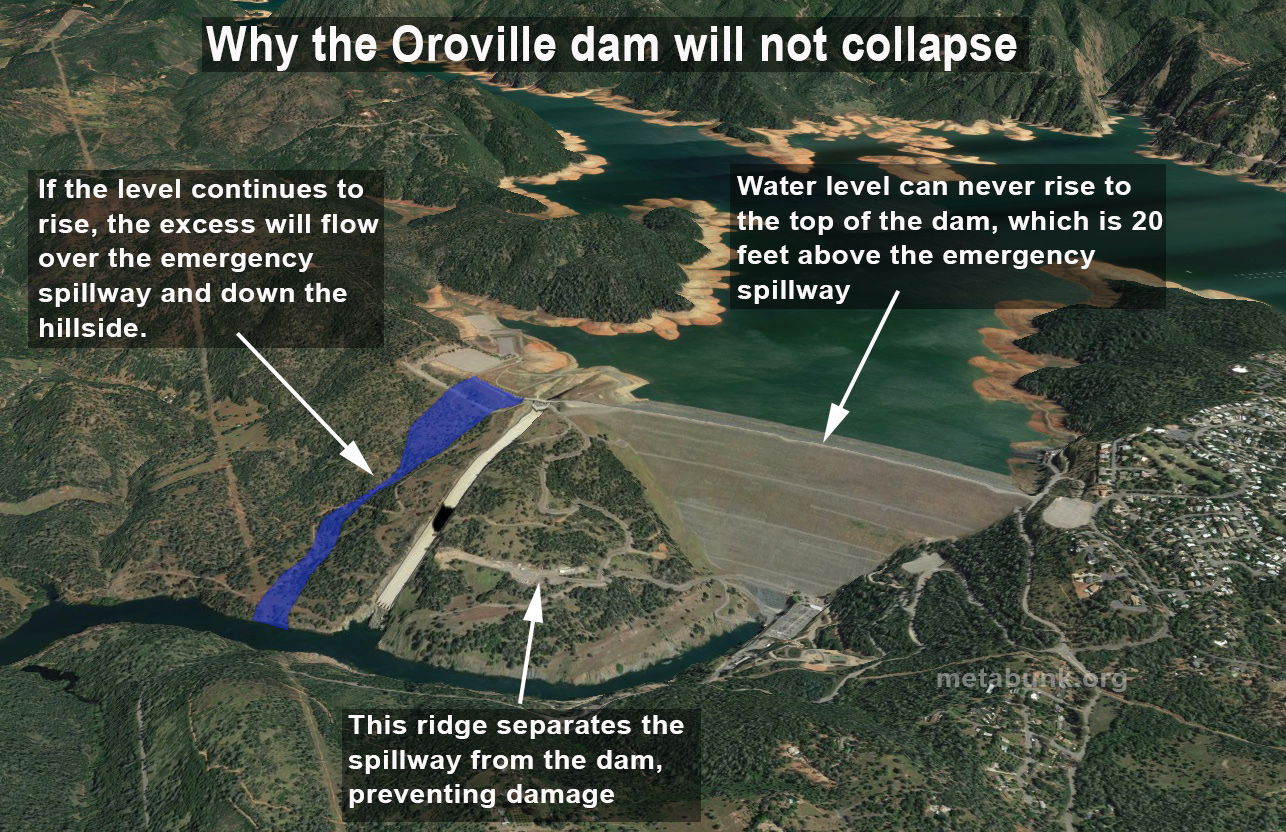 So what did FEMA actually say?
https://www.fema.gov/blog/2017-02-16/supporting-oroville


This week, we’ve been focused on the spillways of the Oroville Dam—about 75 miles north of Sacramento—along with much of the rest of the country.

Spillways regulate the flow of water into or out of dams and when they are damaged by erosion, impacted by debris, or hindered in any way, there can be serious consequences—including potentially dangerous flooding.

The Oroville Dam’s primary spillway was damaged by unexpected erosion as a result of heavy rains and an emergency spillway has also been impacted. Two separate spillway concerns have created a unique situation.

So again, it's the spillway that might fail, not the dam. And that emergency declaration was largely based on the Feb 12th overtopping and evacuation. That event was chaotic and uncertain, but it was handled, repairs are being made, and the level of the dam is 50 feet below the top of the spillway, allowing ample room for the next storm.