A dying scientist has made a bizarre deathbed video claiming he knows what is really going on at Nevada’s mysterious Area 51 – and says that he reverse-engineered flying saucer technology for defence firm Lockheed Martin.

Boyd Bushman made the revelations in a video recorded just before he died this August – along with photographs of aliens he claims were taken on disposable cameras within American military facilities.

Now, looks like someone already found another pic of the toy alien pictured: 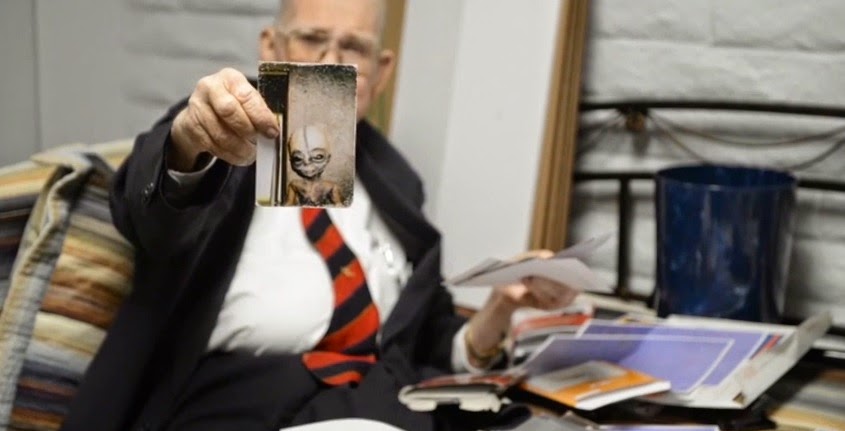 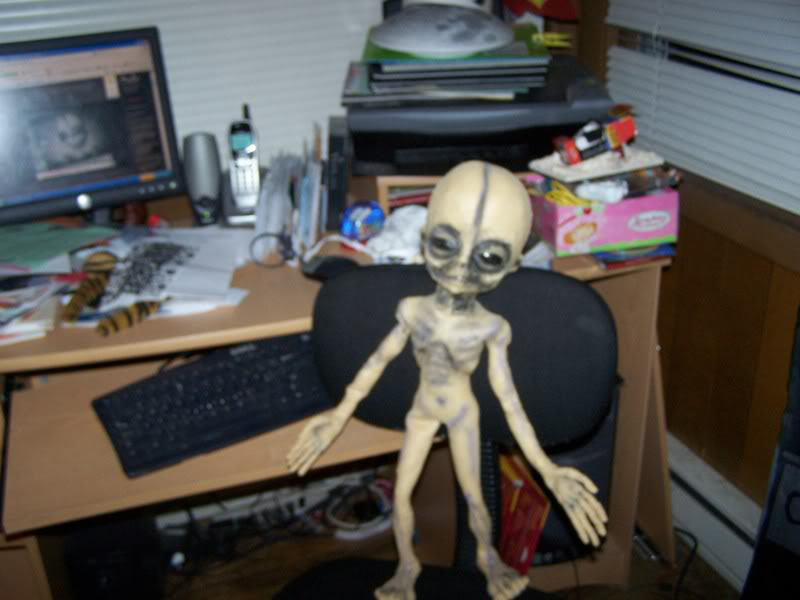 though I can't find anything to reference where the pic came from.

Anyone else want to take on this silliness?

Even Rense says it's a rubber toy!!

So: crazy old man or deliberate hoax? He was, apparently, involved in some antigravity stuff, and I see the overunity folks use him as a ref.

CapnPegleg said:
Anyone else want to take on this silliness?
Click to expand...

I looked into that the other day when it first appeared and traced the source of the photo you posted back to an Above Top Secret thread from 2008, which also included a second photo of the same "alien". The poster claimed it was a K-Mart Halloween decoration from the late '90s. There was a second photo in the post as well. 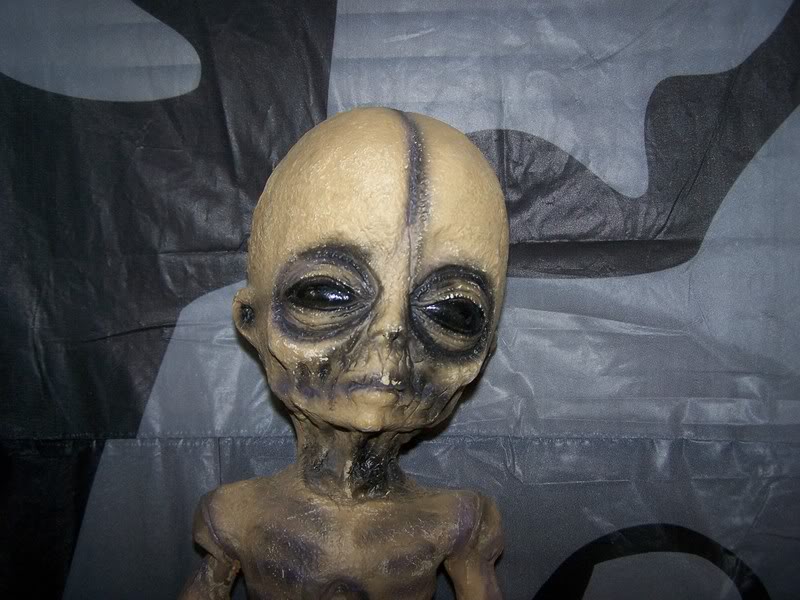 Not sure if the ATS thread is actually the original source of these two photos, but they seemed to agree the photo of the alien provided by Bushman was a fake.

CapnPegleg said:
So: crazy old man or deliberate hoax? He was, apparently, involved in some antigravity stuff, and I see the overunity folks use him as a ref.
Click to expand...

Pretty much has to be deliberate, though I can see it not being deliberate by him, if somebody else pranked him and he's taking credit for their claims.

Given his history, I'd bet the contents of my attic that's not the case*. But it's possible.

Still, basically has to be deliberate. The photo itself might not be meant to intentionally mislead, but it was intentionally created. The picture could be as old as the late 90's at best, since any older and the toy used to make it didn't exist yet. At the very least it's been intentionally aged to look older. Probably not much more effort than that, just one of those oldie-style filters most modern cameras have, an hour or two of rough handling, and a coffee ring for good measure. Since he doesn't seem to have given it to anyone and just held it up for the youtubes, most of the finer details aren't available for scrutiny anyway.

Have we gotten to the "He was killed to cover it up, that's how we know it's true, Clinton/Obama hit list" part yet?

This sort of thing makes me want to be a death-bed whistleblower of some complete nonsense, just to laugh at CTs from my non-existent afterlife....

I'm thinking "Former Israeli/British explosives guy tells the truth on Diana" and say something like it was a plot between the Paris tourist board and Dutch florists to boost sales...

Don't you have to be, you know, actually in bed and not sitting in a chair and not wearing a suit and tie for it to count as a deathbed confession?

Literally, yes, but the term is not really a literal one. You have to be dying.

@BombDr, if that's your intent, why not just do it and not die? A few conspiracies have had deathbed confessions from people who remain prominently not dead.

Hevach said:
Literally, yes, but the term is not really a literal one. You have to be dying.

@BombDr, if that's your intent, why not just do it and not die? A few conspiracies have had deathbed confessions from people who remain prominently not dead.
Click to expand...

I could, but then I would be accused of co-intel, or whatever nonsense they call it...

when i read the title of this post, i was actually excited and hoping it would be true and proven.

Hevach said:
@BombDr, if that's your intent, why not just do it and not die? A few conspiracies have had deathbed confessions from people who remain prominently not dead.
Click to expand...

Also, Im in a high-risk profession, and should the worst happen, all of you would have to metabunk Alex Jones claiming I was silenced by 'them'...

"No Alex, BD was joking"
"THATS WHAT THEY WANT YOU TO THINK!"

I am experiencing quite a lot of pushback on the story about this on Doubtful News. Frustrating that people are so wrapped up in this stuff that they can't see the obvious rubber alien. But I'd like to thank ceruleanblu for finding the 2008 posting of the photo. I have now referenced the source photo. I think that is extremely helpful to the story. Of course, to some the toy alien was modeled after the REAL ones housed at Area 51...

Sharon Hill said:
Of course, to some the toy alien was modeled after the REAL ones housed at Area 51...
Click to expand...

Because of course if you want to import cheap plastic **** from China and sell it in K-Mart the logical thing to do is get your hands on a real top secret black ops dead alien first.

Sharon Hill said:
Of course, to some the toy alien was modeled after the REAL ones housed at Area 51...
Click to expand...

On another forum discussing this guy I've heard a couple of lame attempts at dismissing the photo of the model alien.

One is exactly what you say, that some govt. agency had some toy company that made models make up alien toys that looked like the real aliens that are in Area 51 so if photos were ever leaked, they could then leak photos of the toy as a way of discrediting any whistleblowers.

Another is that the photo of the model alien was given to Boyd Bushman in order to discredit him.

Of course, no evidence for either of these scenarios is forthcoming, but I've noticed that some people are so far down the rabbit hole that they simply can't admit to being wrong and will invent ad hoc excuses for inconvenient facts. They've built up a wall surrounding their beliefs that simply can't be penetrated by reason or facts. Anything that shows them to be wrong is simply handwaved away as part of an attempt by the-powers-that-be to coverup the conspiracy.

This guy Boyd Bushman's story is doing the round on various websites and he's taken seriously by some people because he held the position "senior scientist" at Lockheed-Martin. It's interesting to see that kind of argument from authority coming from the kind of people who are usually the first to reject arguments from authority (arguments from authority can be valid IMO if they're coming from someone who is talking about their field of expertise and subject matter they actually understand and work on)

As it is, the usual poor defences are being made for him that are made for other supposed whistleblowers. "He has nothing to gain from lying!" "Why would he lie?" "He risked himself and his loved ones by coming forward with the truth!" "He's not making any money from revealing this stuff!"

I don't care why someone would lie about working on alien technology or whether or not that they gain financially from it. What I want is verifiable facts that back up their case. Without that, it's just a lot of lip flapping.

I'd like to show you other hoaxes from the footage: 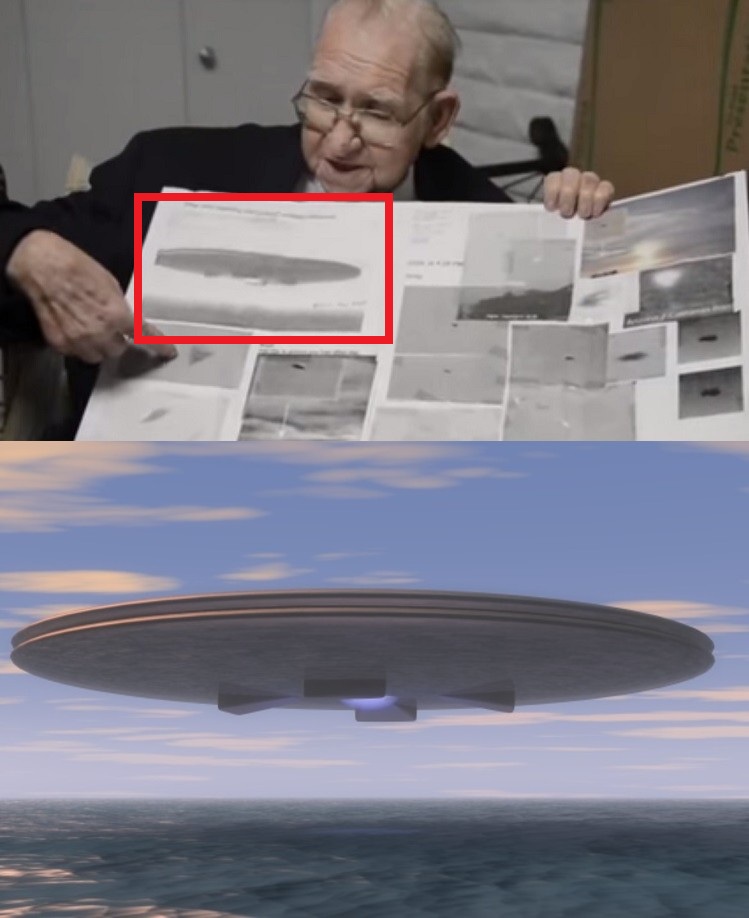 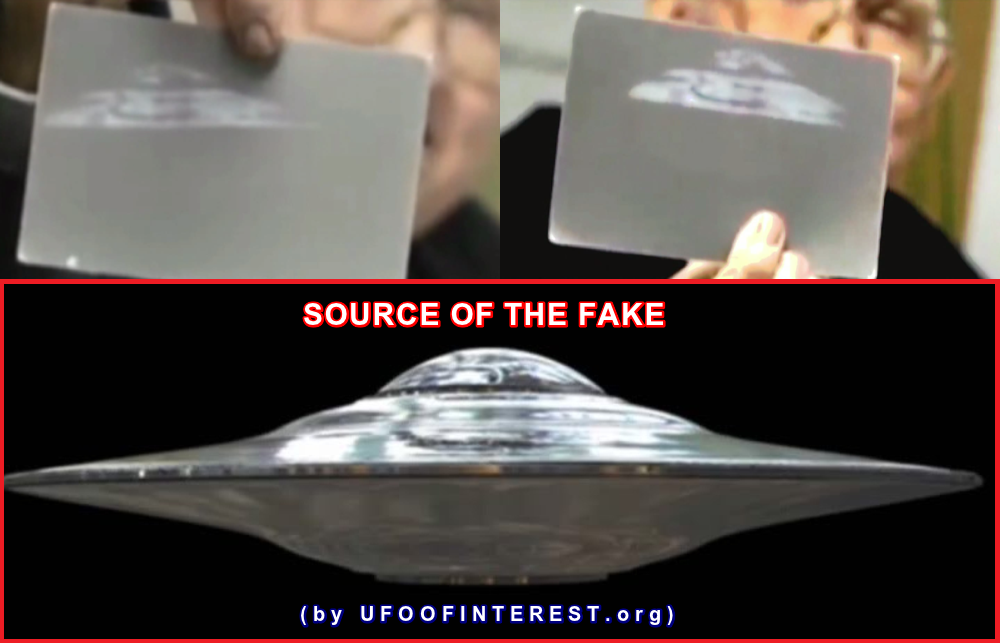 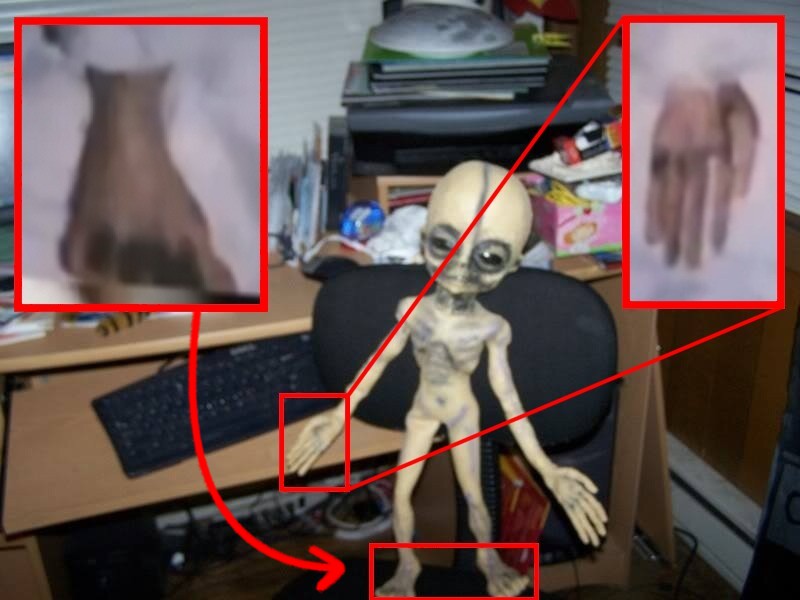 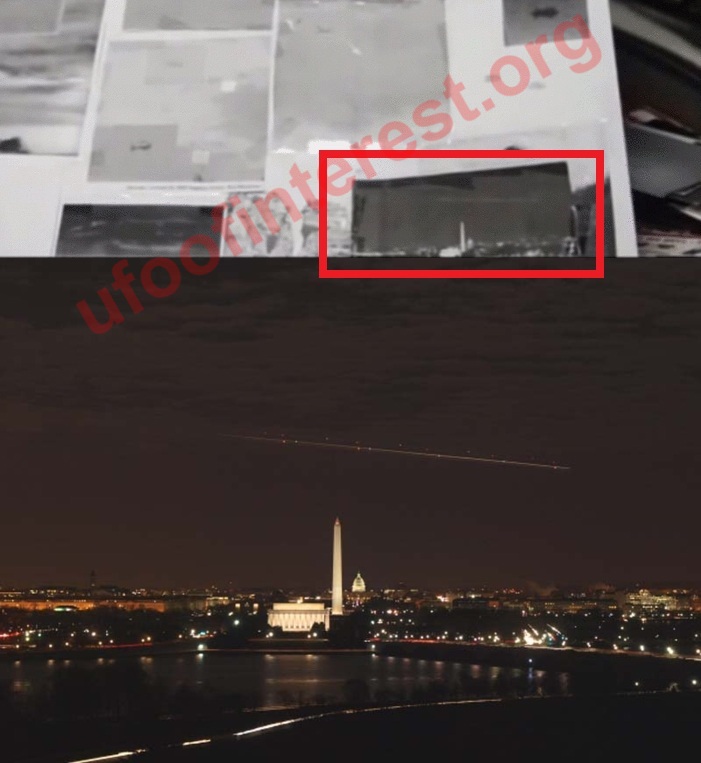