Images of the above decomposed shark skeleton have been passed around the internet for months, with the title "13 FOOT Long “HORNED SEA MONSTER” Found on Beach Leaves SCIENTISTS BAFFLED". However they seem to have confused the initial reluctance of scientists to say exactly what type of fish it was, with being "baffled".

The reason this story has legs is that some photos of the carcass seem to show it as having "horns": 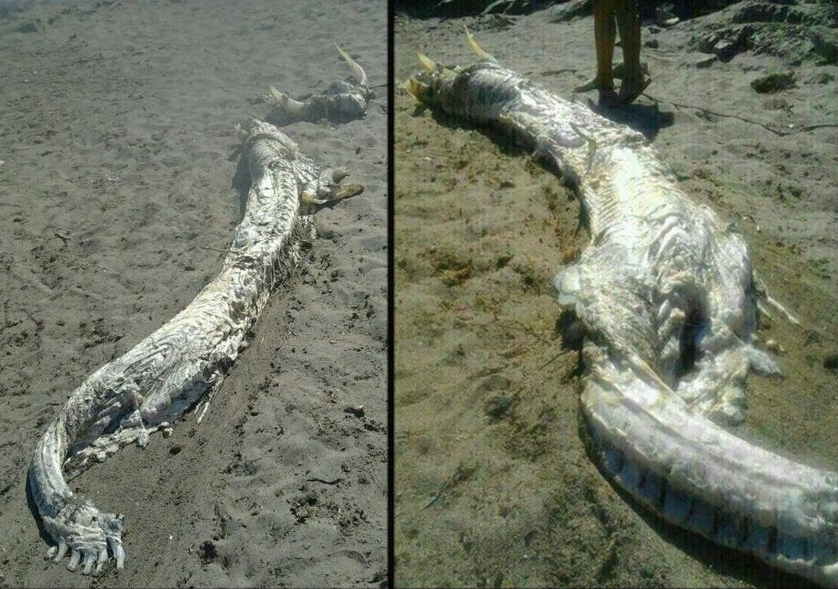 However it seems like this is a bit of an optical illusion. The "horns" are Scapulocoracoids which are simply the bones that support the large pectoral fins in the fish. The human equivalent is the scapula, or shoulder blade. You can see in the photos that it's not actually attached to the body, and only appears to be part of the head when viewed from a particular angle.

The detached scapulocoracoid (the "head horns") is likely from the pelvic girdle of the shark. This is not connected to the rest of the skeleton, and would detach from the carcass as the body rots. 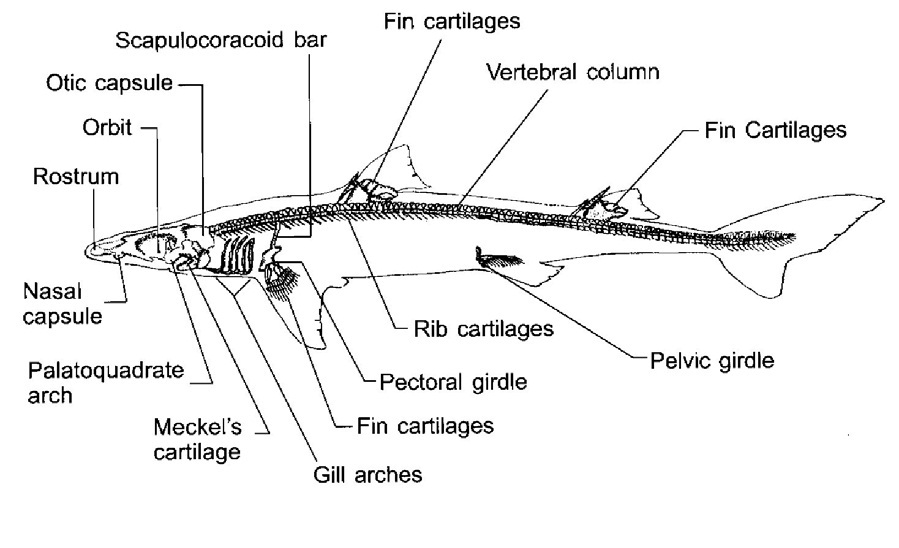 In fact this was debunked over a year ago. It turns out that the scientists are not baffled at all!
http://www.nbcnews.com/science/scie...ter-its-definitely-shark-skeleton-f6C10971972

"That is definitely a shark skeleton," [Florida State University fish scientist and shark expert] Grubbs told NBC News. "The elements toward the back were confusing me, but those are the lower caudal fin supports. The 'horns' are the scapulocoracoids which support the pectoral fins."

Makes me wonder that if all those ancient sea monsters that mariners believed in, like serpent/dragon looking monsters, weren't inspired by some decomposing shark or whale carcass. Just think that a few hundred years ago, before modern biology and zoology, people would take one look at something like this and think that it was some frightening creature from Poseidon's abyss..
You must log in or register to reply here.
Share:
Facebook Twitter Reddit Pinterest Tumblr WhatsApp Email Share Link