Staff member
A new addition to the Gimbal (Near) Situation is a flying saucer.
https://www.metabunk.org/sitrec/?sitch=gimbalnear

The idea is to explore hypotheses about the glare-like shape actually being the real shape. I feel the end result will probably just reinforce the glare hypothesis, but let's see.

The first issue is how it should rotate. Lazarian saucer physics suggests a force aligned with the vertical axis of the saucer, so it's horizontal when traveling, and then tilts down towards the direction of travel. Like a helicopter.

So that's what I've implemented. Firstly to get it edge on you'll have to adjust the Relative Heading to around 10°. This introduces some minor issues in that the apparent size increase does not seem to match, but that's probably debatable.

Then the most obvious issue is that it's tilting in the wrong direction. The tilt kind of looks right in the video, as it looks like it's travelling to the left and slowing down, but it's actually travelling right (cloud motion is parallax), so the tilt is the other way around. 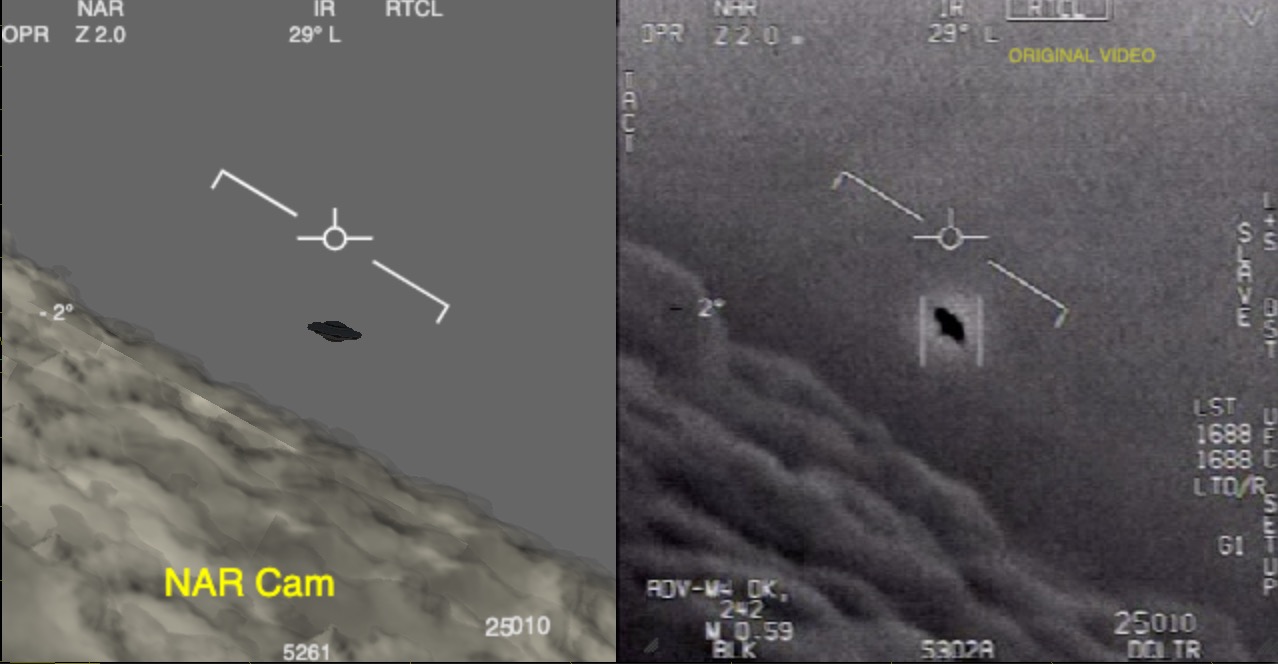 Then the other issue is that the rotations are very small. At 10° heading the maximum g-force is about 0.65, but around the time of the largest rotation it's just decreasing slightly from 0.65 to 0.45 after previously going up from 0.5

So there's really no correlation with acceleration and a Lazarian tilt angle.

But it looks like the "Lazarian" model was the other way around, sort of. 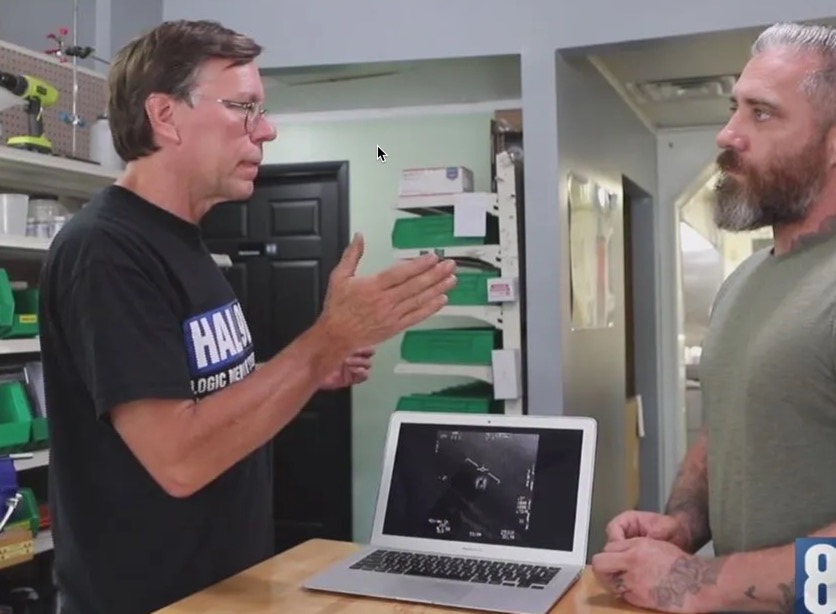 “The craft that I worked on, that when it’s going to travel a long distance, that is how it operates. It puts its belly to the target and then brings all of the amplifiers to power, and you know it shoots off in that direction It doesn’t fly as it would in a science-fiction movie. It flies with the belly, the bottom, forward,” Lazar said.

Which is a bit strange. How does it counteract gravity in one direction and produce thrust in another? I guess I need a selector so you can see the different ways

And Lazar here might be saying the craft tilts its bottom towards the direction of travel because that matches what we seem to see in the gimbal video, but it's actually going the other way, but decelerating backwards.
Last edited: Oct 10, 2022

Mick West said:
I guess I need a selector so you can see the different ways
Click to expand...

Staff member
Added a "bottomPointing" tilt method, which simply points the bottom of the saucer in the absolute direction of motion, as suggested by Lazar.

This all raises a question of what the actual frame of reference is. The Earth? Why?

Mick West said:
This all raises a question of what the actual frame of reference is. The Earth? Why?
Click to expand...

Surely we are not chasing saucers in outer space now, are we? Once anything is within the gravitational pull of the earth, it's gotta be the important factor.

Mick West said:
This all raises a question of what the actual frame of reference is. The Earth? Why?
Click to expand...

Earth's orbital speed is 30 km/s. An F-18 has a max. speed of 0.5 km/s, so the UFO wouldn't be in range for more than a few seconds if it wasn't tied to Earth. (And that's only if the sun is the frame of reference, which is moving at 230 km/s.)
If you consider these motions, the vector of thrust would need to compensate for Earth's rotation, i.e. it would need to point inward to Earth to keep the altitude stable if the UFO is not susceptible to gravity.


Mick West said:
points the bottom of the saucer in the absolute direction of motion
Click to expand...

that feels entirely unphysical unless they have a drive that delivers velocity and not acceleration. any motion needs to overcome air resistance, so any force generated by a drive needs to be a composite of acceleration/deceleration and negative air resistance.
Last edited: Oct 10, 2022 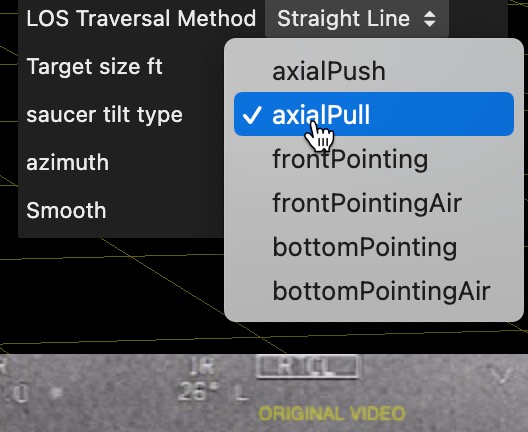 None of them really make any sense, but none of them match the glare rotation either.

Thanks for the effort Mick, I find it funny Lazarian physics is being discussed on Metabunk. My original idea was to check if a disk/saucer-shaped object could change perspective/size in a way that matches the vid. It would need a combination of your different types of propulsion if that was the case. I don't think there is much we can discuss here without falling into complete speculations.

The close scenario allows for both a stop on SA and rotating glare. It would also be consistent with T. Taylor idea that the object is very hot, which may explain it's inducing an unusual glare that confuses the pilots and creates so much controversy. The question being what object could be behind the IR blob.

dimebag2 said:
I find it funny Lazarian physics is being discussed on Metabunk.
Click to expand...

Hey, we discuss flat-earth physics too. It's a reductio-ad-absurdum type thing; you've got to see what the implications of a certain hypothesis are, in order to demonstrate it's not viable.
You must log in or register to reply here.

M
Why does the Gimbal shape change?
2