I want to demonstrate how NASA is clearly doctoring an image. 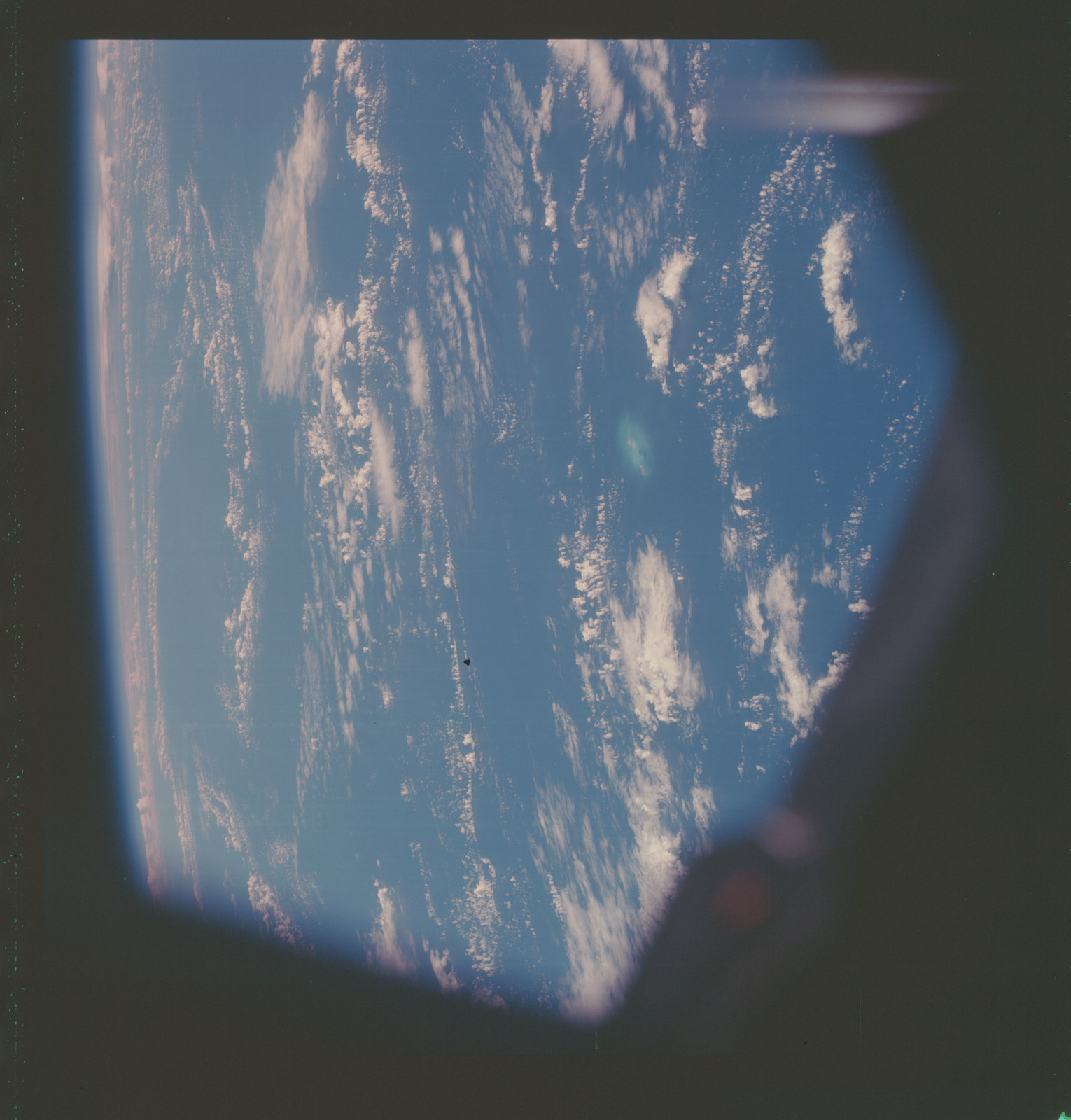 This is taken from the US National Archive here: https://nara.getarchive.net/media/as07-07-1738-apollo-7-apollo-7-mission-gardiners-pinnacles-9838fd

I have circled the object you can clearly see: 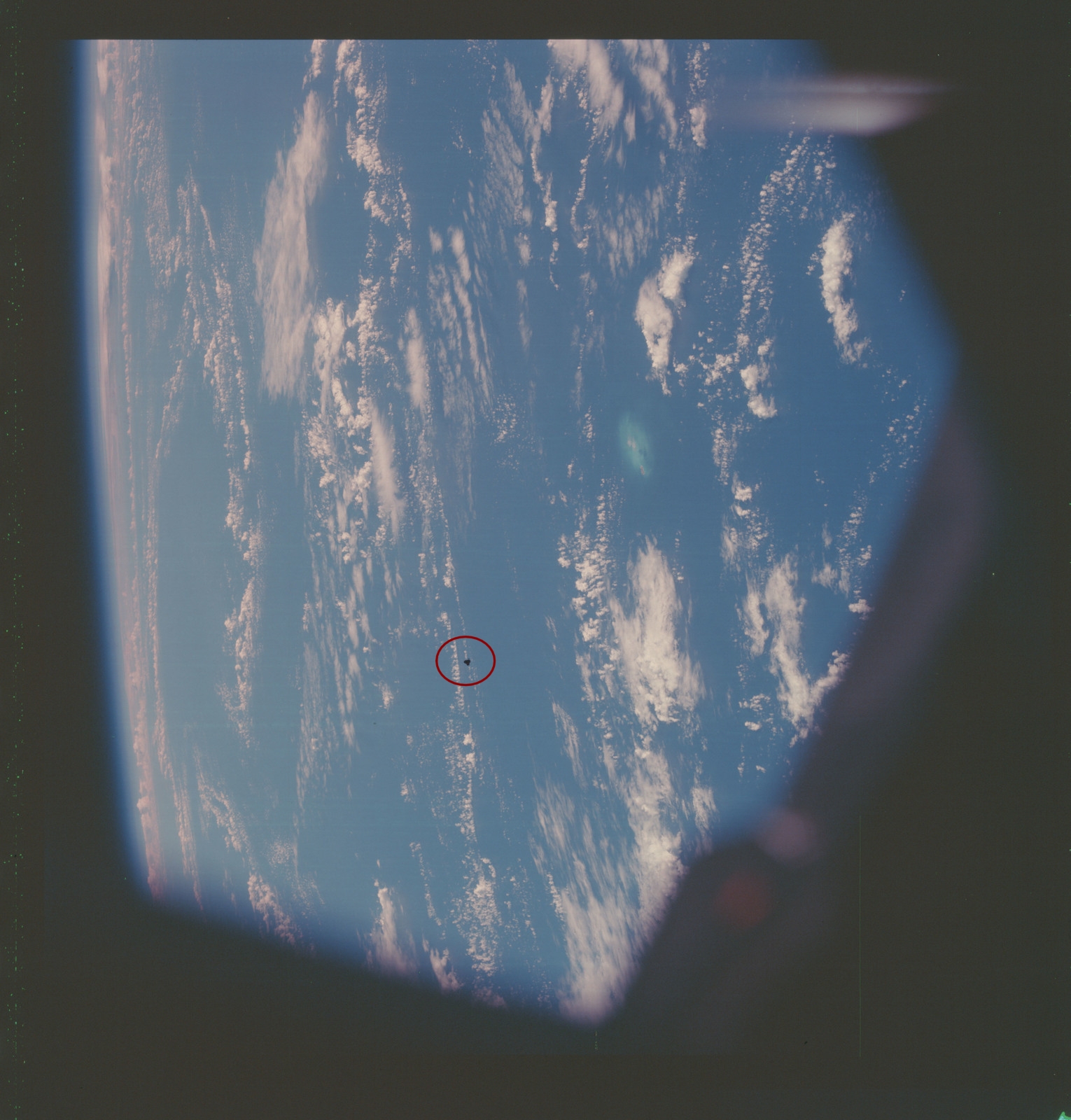 What we find in the Apollo Image Atlas is a darkened version of the image, the resolution has been reduced, and the black object has been removed. 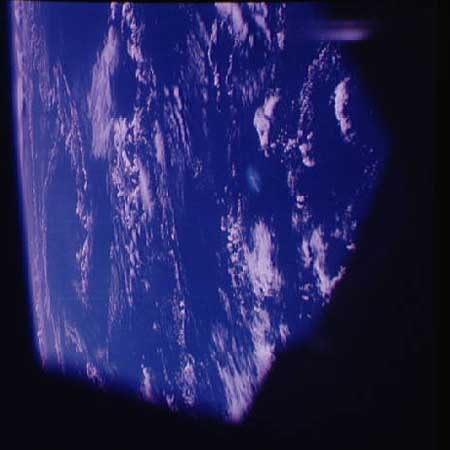 I am repeating the claim made in this video: Source: https://www.youtube.com/watch?v=szw7twkXFaU&feature=emb_title
Last edited by a moderator: Jun 13, 2020

Staff member
This is a later, different scan. It's just dirt on the slide or scanner. Go through all the images, you will find several examples. Like AS07-07-1742 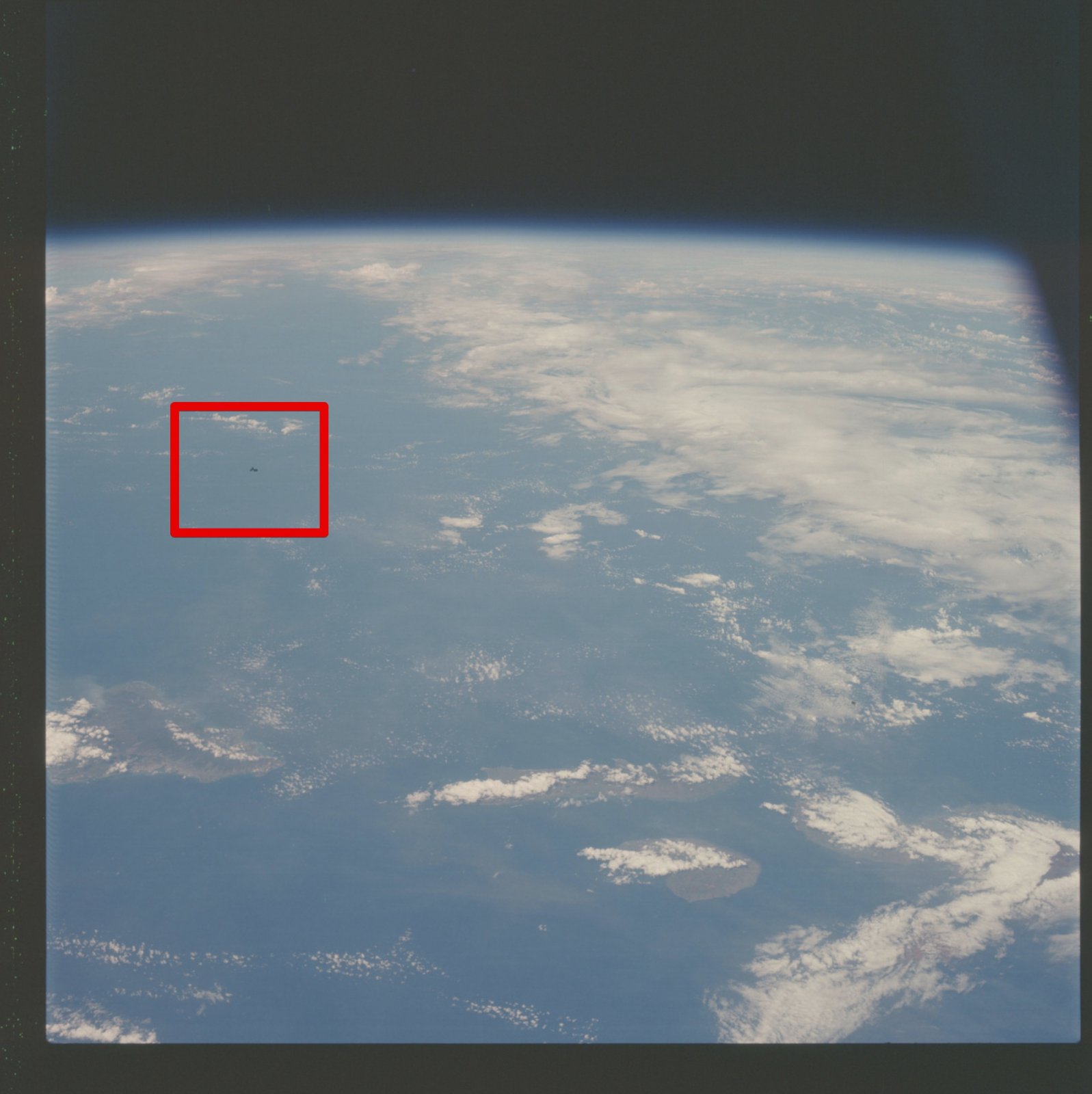 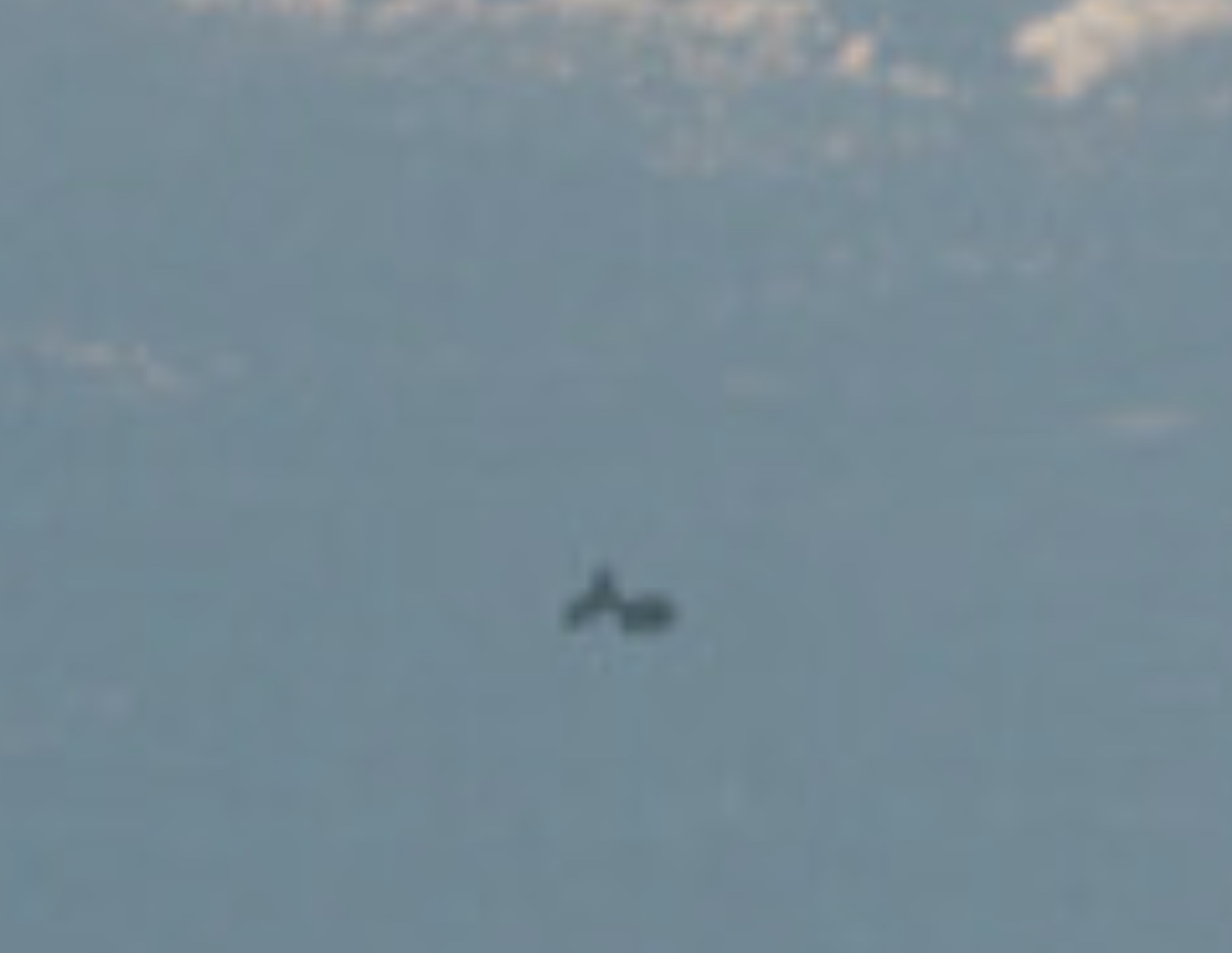 Compare with the original scan:
https://apollospace.com/images/apollo-missions/apollo-7/apollo-7-magazine-7s/#bwg9/537 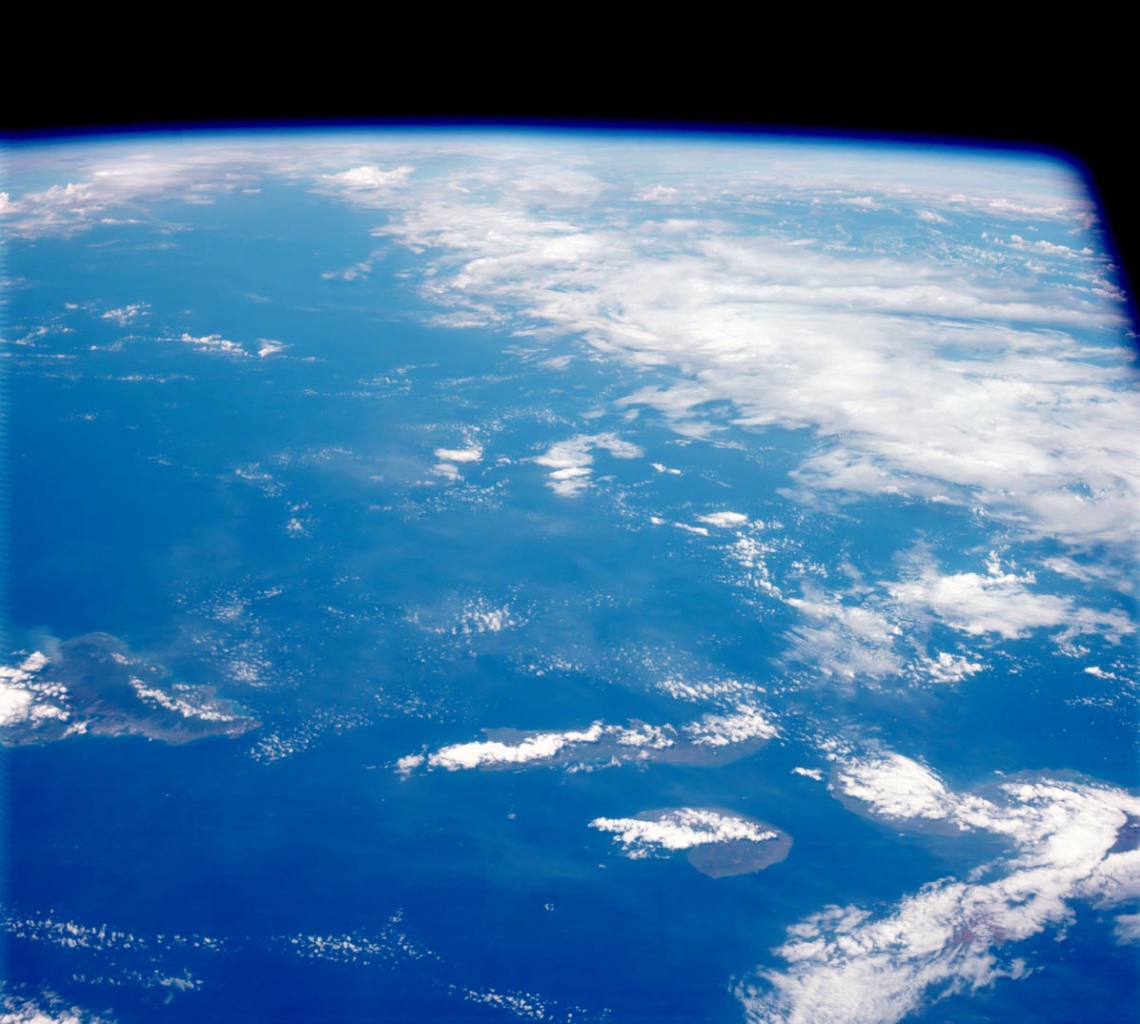 You can probably find hundreds of examples.
Last edited: Jun 13, 2020

The full set of Apollo images was put onto Flickr in October 2015 and they hadn't bothered removing it for that. 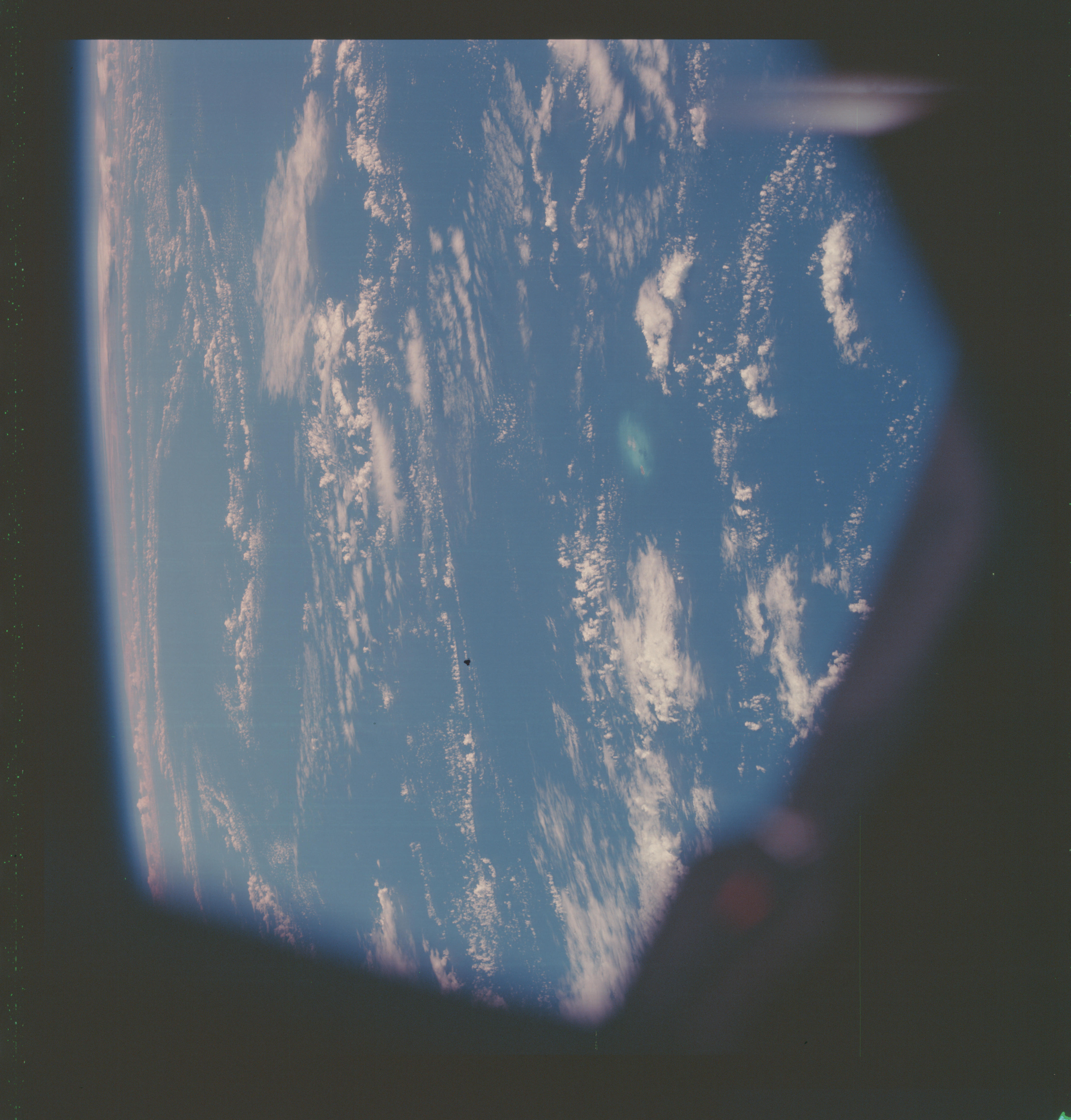 I've got to say as well that the image that Logician posted from lpi.usra.edu is an abomination. I didn't know what they did to it to get it as bad as they did (but I do now). Ok a tiny 450x450 resolution and highly compressed compressed judging by the artifacts doesn't help. However the thing has been distorted in some way as well, as when I tried to match it to my hi-res image, there was a noticeable difference that looked like the image had been tapered out and to the left towards the top of the image.

Curious to see if there was more information about this image I took a around the site Logician identifies as the source of it and found the part of if it that contains the description of the process by which they created the images, which I think explains a lot.

Description is as follows.

Background Information on the Production of the Images used in the Apollo (Handheld/Still) Imagery Catalog​
This catalog was created using a set of images received from the NASA Johnson Space Center. The images were created as follows:
These images were further processed by the LPI as follows:
Because of all this processing, these catalog images should not be used for research purposes. They should only be used to select and identify images for use in a research project. Higher resolution products should be obtained for use in any scientific investigation(s).

So, scanned with a video camera (that probably explains the distortion I found) at "over 700 lines" of resolution, to create a 756x486 pixel image, then reduced to 640x480 and saved as highly compressed JPEG's, then colour processed, then reduced to 450x450 and saved out as JPEG again will additional compression.

I'm surprised there was anything left after all that.

But I especially like the part where it states "Because of all this processing, these catalog images should not be used for research purposes".

So... can we this to bed as some insane processing of images of the original photos captured by a video camera, then subjected to the kind of processing one can only describe as digital torture, to finally be saved out as massively compressed 450x450 images.

It was to create a smaller usable index for quick browsing purposes on older computer equipment.

Understood regarding the limitations of the time and the fact that this was intended as an index, glorified thumbnails really. By the standard of the day, this kind of scanning was probably pretty high end, but still, ouch... poor pixels.

Being serious, my main point being that this is not a "doctored images" as Logician states, but simply a very small, poor quality (compared with the modern scans that they are being compared with), distorted and massively compressed image. Any difference between that image and the more modern scan in the OP is the result of differences in the scanning methods and post processing.

purpleivan said:
Any difference between that image and the more modern scan in the OP is the result of differences in the scanning methods and post processing.
Click to expand...

And new dirt.
A

Something that goes unknown to the outside is that it is incredibly difficult to get permission to use an edited photo in an official capacity at NASA.

I was a NASA contractor for several years in the last decade, and one of my jobs was doing graphic design work. There was a time we were using a photo collage from MSL Curiosity as a cover image and no matter how it was positioned and cropped (cropping was ok), there was a black rectangle of missing section in the panorama. I didn't really think much about it and made a simple rectangle in Photoshop to overlay the missing section with the Martian sky color from another portion of the panorama. It went off for approval and word came back almost instantly that I had to rework the cover. I was authorized to either leave the black mission section or use a clearly contrasting color to replace it. But mimicking the Martian sky was explicitly out of the question.

This wasn't data going into a repository or anything. It was a simple report cover, and even that wasn't allowed to have a simple cosmetic edit made to it.

About the Scanning And Image Processing , information was missing.

The goal of this project is to preserve the Apollo flight film products - in both the digital and physical formats - for generations to come. These films have been in deep storage for almost three decades; prior to that, they were exposed to the space environment, developed, and occasionally used for research activities. Consequently, the preserved film stocks have, in some cases, acquired foreign material which must be removed. Prior to scanning, each film roll is therefore gently, non-abrasively cleaned using exacting procedures set forth by the NASA-JSC curatorial staff. Absolutely no abrasive techniques are used in the cleaning of these films to preclude the possibility of damage to these priceless historical treasures. As a consequence of this precaution, the cleaning process only removes debris that is loosely adhered to the film stock (e.g. dust and lint) but any strongly adhered debris are simply left on the film."

Most likely it is a "any strongly adhered debris"
I believe that this same procedure / criterion has been applied to the scanning of films from all Apollo and Gemini missions, a treasure.
And then, they were processed to have a pictures clean of debris / dirt at memory file. But not "hiding" the originals.
Last edited: Jun 22, 2020
You must log in or register to reply here.

Apollo 12 photo: Is this censorship?

S
Claim: sticker "glitched" in real life. Fake video or could have other explanation?