I don't think that its very likely that cutting thick steel using thermite would form part of a nefarious plan in the first place. Possibly cutting of bolts at connections would be considered, with small concussive charges used to throw the compromised joints aside. This entire thread is a kind of isoteric mental exercise with no real grounding in a 911 catagory.
Last edited by a moderator: Jan 14, 2014

There are many pictures of column ends showing pristine bolt holes. This has been commented on many times over the years. Also many pictures of elongated and distorted bolt holes with severely bent and sheared bolts still on place. The inference is that if a column to column bolted connection is torn aside physically then some hole damage would be observed as seen in many pictures - but doesnt explain the many pictures seen as if no bolts had been there to tear away.

Speculation varies from a programme of preparation to remove three of four bolts using a spanner, to the cutting of bolts using thermite. The Jon Cole Youtube video experimented with that last concept if you recall.

Personally I would do neither. There already exist small explosive bolt cutters. I would remove 3 of the 4 bolts in advance, fit a bolt cutter to the 4th and make it large enough to throw the connection aside at the same time.

Staff member
Some related images of WTC bolts and holes 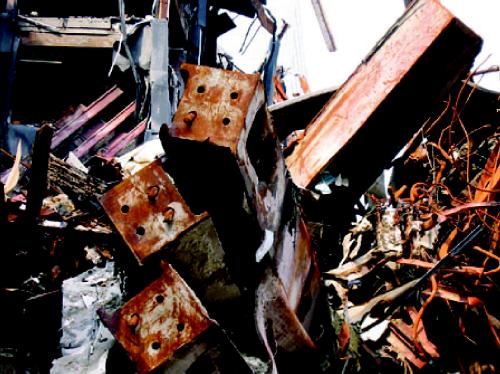 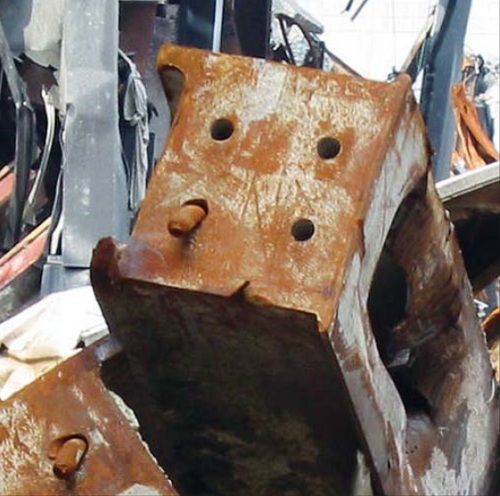 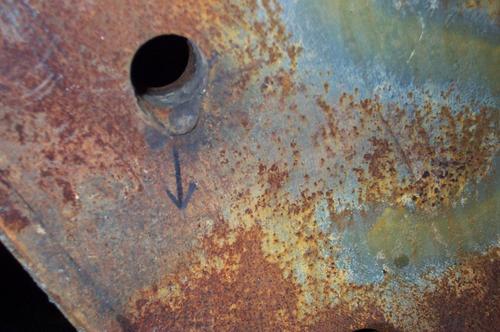 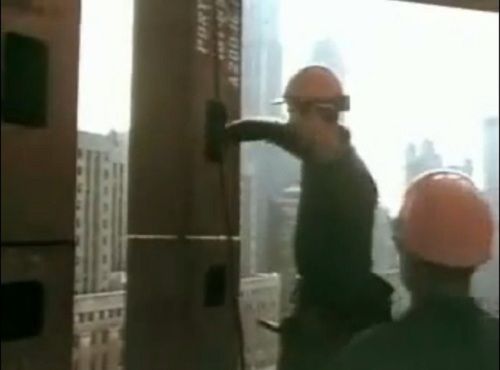 Staff member
I'm a little unsure why this is even considered a necessary thing for the controlled demolition theory. The exterior columns were quite obviously just pushed out once the collapse started. The pivoting of the quite large upper pieces would simply rip out the bolts, which would fail in tension.

Take this segment for example. Once that started to topple, the bolts would do nothing. 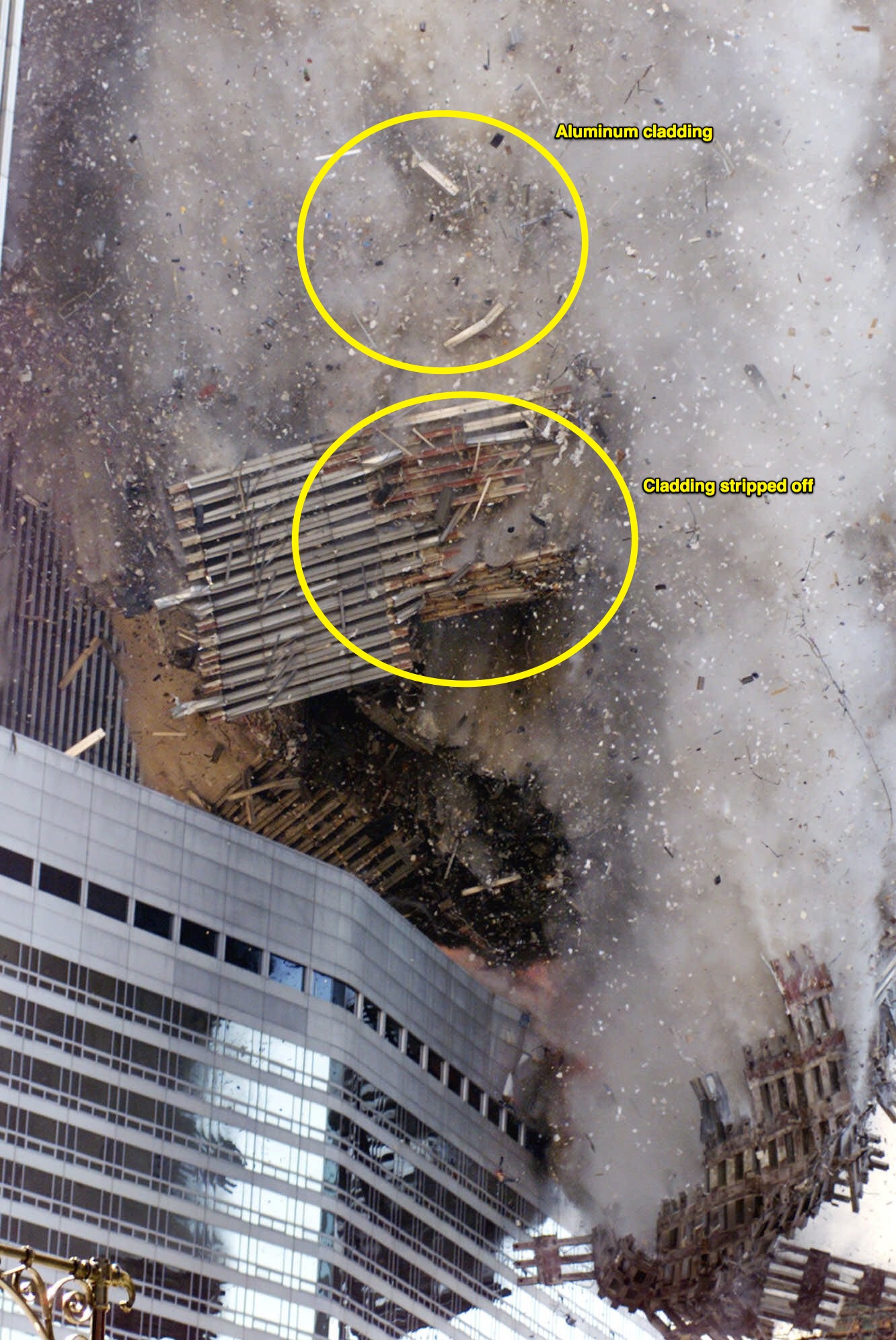 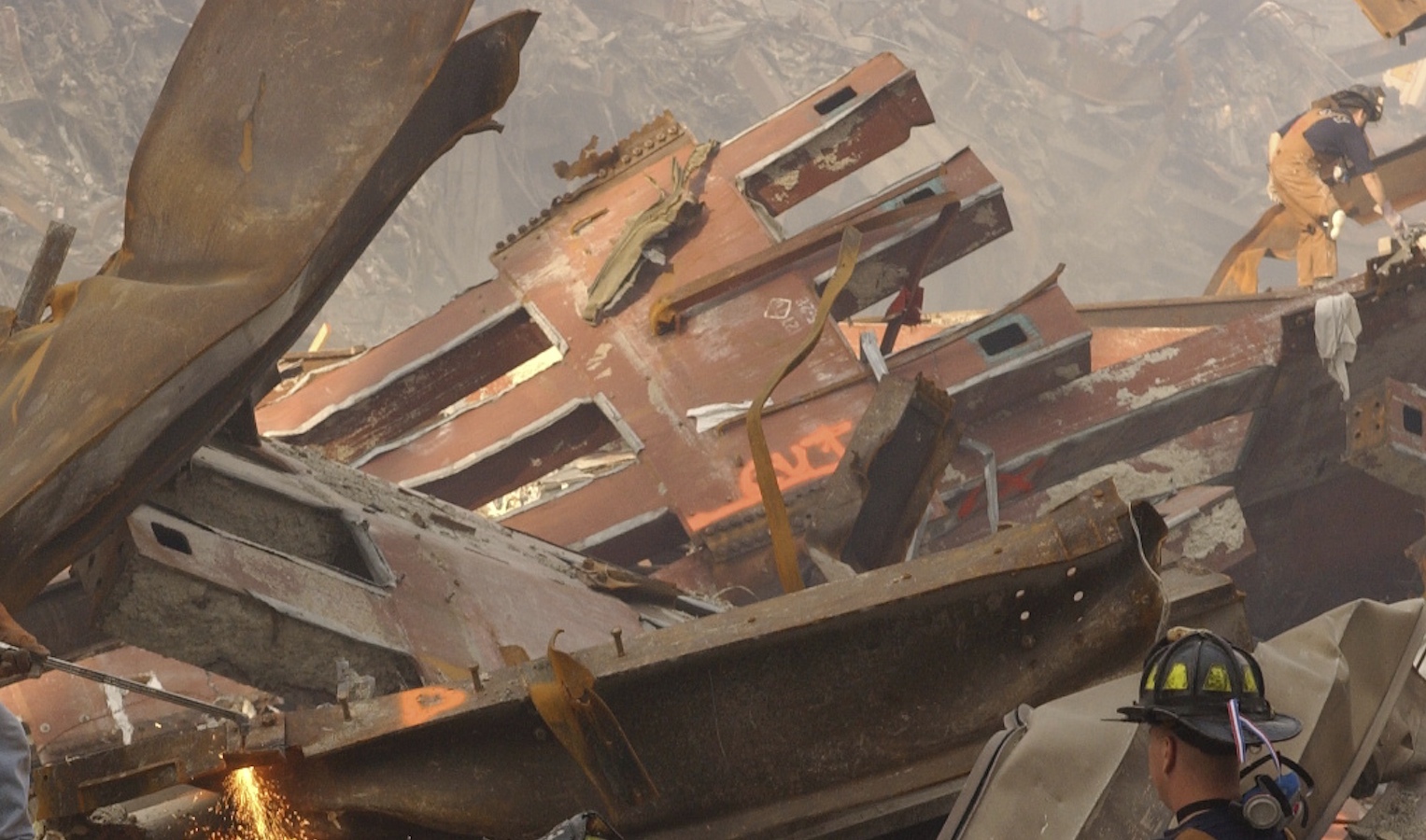 FEMA was wrong about the wall thickness but only by .125 at floor 89. they were staggered and decreasing by .125 inches