stereotypical alien "grey", due to alien sightings or not?

This is an 1895 book called Die Heilgymnastik in der Gynaekologie: und die mechanische Behandlung von Erkrankungen des Uterus und seiner Adnexe nach Thure Brandt (1895), translated from German as “The physiotherapy in gynecology and the mechanical treatment of diseases of the uterus and its appendages by Thure Brandt”

Just like a book on yoga or kama sutra (lolz) you need illustrations to show how to do these excercises. But the illustrations are weird 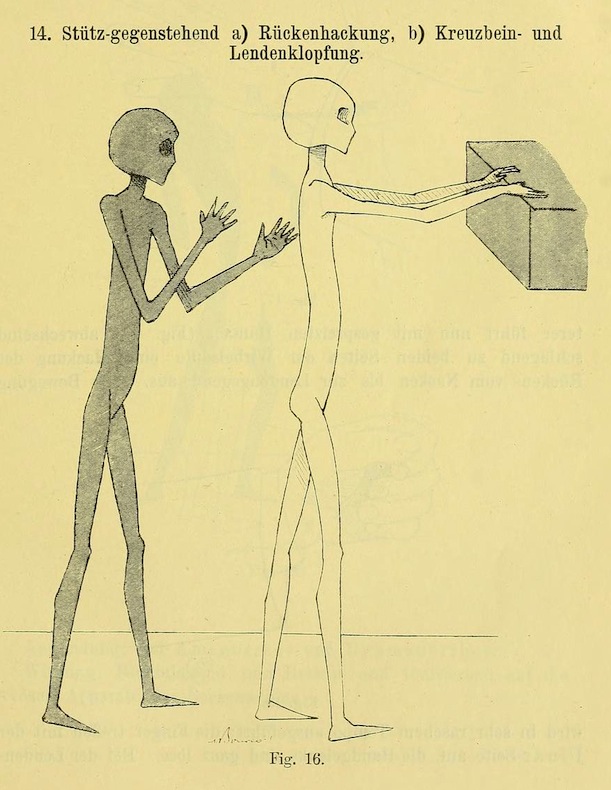 As you can see they look like stereotypical alien greys. This is some evidence that the stereotypical appearance of the alien grey is not due to actual sightings but something else. Perhaps something from our collective unconscious like images of mummified dead people or stillborn fetuses?

The whole 'grey alien' in popular culture has an interesting history.

They first appear, in a way, in the H.G. Wells novel 'War of the Worlds' - 1895. Where they are mentioned briefly as food for the Martian invaders, with only the brief description as being like 'shrunken grey apes'. Wells mentions them again in his 1901 novel 'The First Men On The Moon' in more detail, saying they have "grey skin, big heads, large black eyes and wasp-stings".

HG Wells influence on sci-fi cannot be under estimated, and many themes and concepts that are part of the sci-fi mainstream flowed from his mercurial imagination. His alien and other races (such as the Eloi and the Morlocks from The Time Machine) seam to have provided the templates for what came later. The greys next appear in 1933 in another influential sci-fi novel 'Den okända faran (The Unknown Danger)' by Swedish writer Gabriel Linde.

...the creatures did not resemble any race of humans. They were short, shorter than the average Japanese, and their heads were big and bald, with strong, square foreheads, and very small noses and mouths, and weak chins. What was most extraordinary about them were the eyes – large, dark, gleaming, with a sharp gaze. They wore clothes made of soft grey fabric, and their limbs seemed to be similar to those of humans. 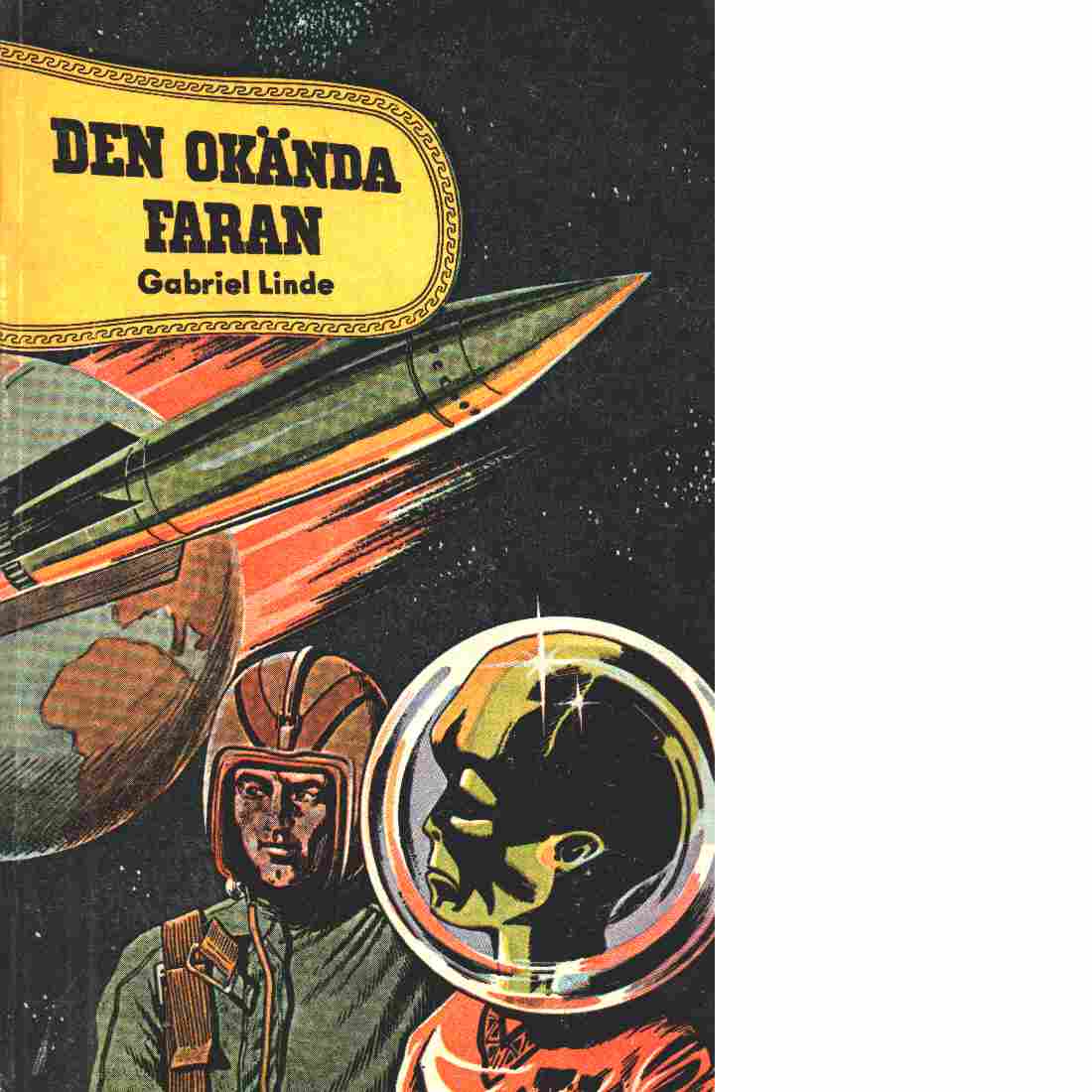 By the early 1960's the 'grey' alien, or beings like them were staples of sci-fi as witnessed by The Mekon from the famous Dan Dare comic strips 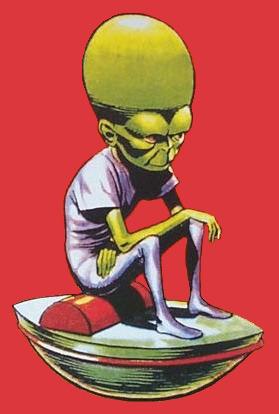 In 1965 the world saw the first major alien abduction claim when Barney and Betty Hill claimed that four years earlier they had been kidnapped by aliens which they described as...

The men stood about five feet to five feet four inches tall, and wore matching blue uniforms, with caps similar to those worn by military cadets. They appeared nearly human, with black hair, dark eyes, prominent noses and bluish lips. Their skin was a greyish colour

This also seams to have boosted the 'grey' alien culture, (although the term grey was still some 20 years in the future), and as more abduction claims were made grey type aliens slowly became the kidnappers of choice, although men in space suits and robots were also popular with claimants.

Note that until now the aliens are like, but not the same as the creatures that these days are referred to as greys. The first classic greys turn up in Spielbergs 1977 flick 'Close Encounters Of The Third Kind', and the reason they look like the way they do is simple to explain. After considering several ideas for the friendly aliens in the film Spielberg settled on using small girls because he felt "girls move more gracefully than boys." and the costume of a grey leotard and a simple mask was chosen for effect, simplicity and for the ease of movement it allowed the child extras.
(info from the bonus features on the DVD)

Needless to say, with Close Encounters being a huge and influential film, this assured the grey alien format as the favourate ET of choice with writers, UFO fans and 'abductees' and they even started working their way into historical ufo lore, for example there is no published claims of grey type aliens in the Roswell mythos until the early 1980's.

However the final boost for the grey aliens and even the name Greys came with Whitley Striebers book Communion in 1987, where the author describes another abduction case, this time describing aliens almost identical to Spielbergs from 10 years earlier. The book was a best seller, popular with sci-fi fans, who took it as a novel, and UFOlogists, who took it as fact. A blockbuster film followed and the grey was cemented into popular culture.

The result being these days that the 'grey' has become the main image people think of when the term 'alien' is mentioned. Even my own band has a grey type alien mascot character who turns up on all our posters and cd covers. 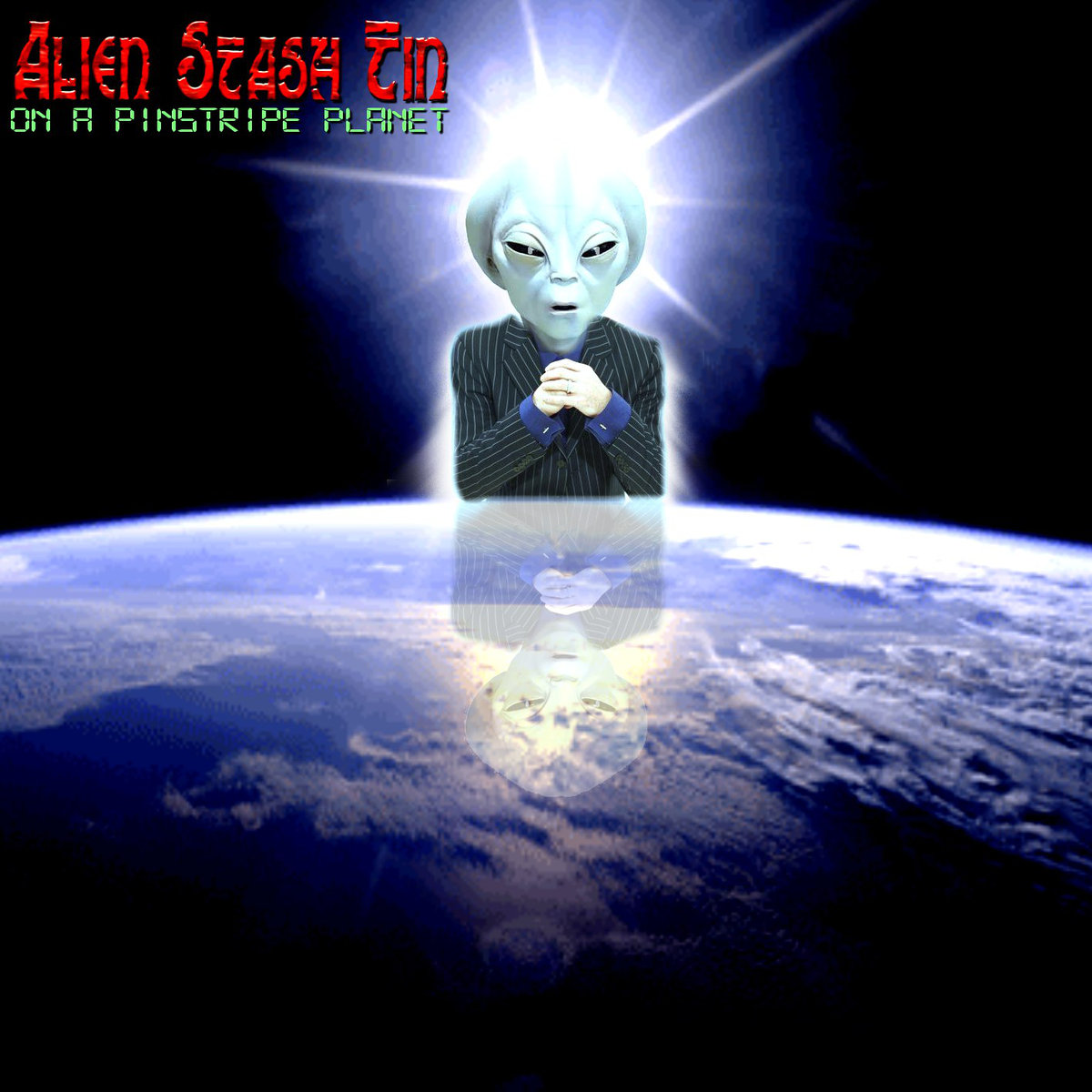 But the image in the OP is interesting, especially as it dates from 1895, the same year as Wells published War of the Worlds. Wells was a well read man, I wonder if he was influenced by the work, or is it just co-incidence?

Who knows, but its interesting.

Whitebeard said:
Wells was a well read man, I wonder if he was influenced by the work
Click to expand... 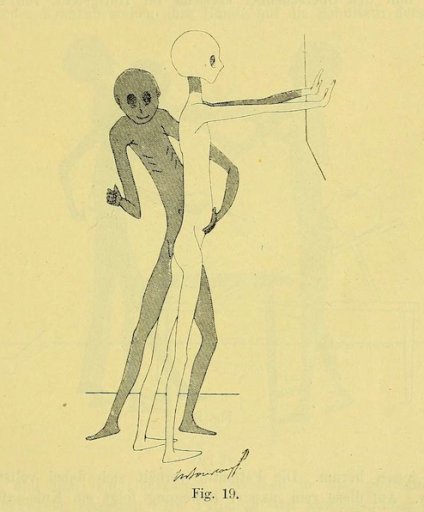 Whitebeard said:
But the image in the OP is interesting, especially as it dates from 1895, the same year as Wells published War of the Worlds. Wells was a well read man, I wonder if he was influenced by the work, or is it just co-incidence?

well now we have a clue for research. Perhaps there are older works which use caricatures of humans that look similar. Start with german medical books similar and slightly older in age than this one

RFMarine said:
well I hope you can handle some of the other pics there which look like internal massage of the uterus lolz
Click to expand...

theres some probing going on too : 0

the pics are attributed to Dr. Maurice Henri Bourcart, my personal guess is 'stick figures' are easier to show the positions and the different colors of people (clear, grey and black) are just to differentiate whose parts are where

the full text translated ( i just skimmed) doesnt say much about his artistic abilities or why he chose that "style".

This is the alien that appeared on THE OUTER LIMITS twelve days before the Hills' first hypnosis session; 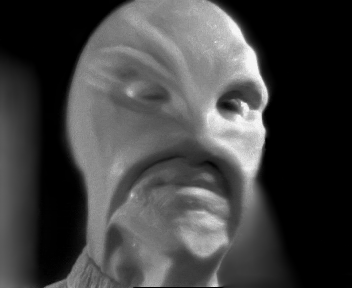 
Between the alleged 1961 abduction and the airing of the episode in 1964, Betty Hill's writings had described the aliens as short black-haired men with large "Jimmy Durante" noses

Bit of a difference between that schnozz and the typical slit-nostrilled grey...

To paraphrase Dave Barry, "Alien Stash Tin on a Pinstripe Planet" would be a great name for a band.

Whitebeard said:
But the image in the OP is interesting, especially as it dates from 1895, the same year as Wells published War of the Worlds. Wells was a well read man, I wonder if he was influenced by the work, or is it just co-incidence?

while "Gymnastique Gynecologique Et Traitement Manuel Des Maladies de L'Uterus Et de Ses Annexes" was published in 1891, their heads are not large. And 'grey skin' to me would signify lack of exercise-which is the opposite of the gymnastique book.

On the "War of the Worlds" wiki page i found


Human evolution[edit]
The novel also suggests a potential future for human evolution and perhaps a warning against overvaluing intelligence against more human qualities. The Narrator describes the Martians as having evolved an overdeveloped brain, which has left them with cumbersome bodies, with increased intelligence, but a diminished ability to use their emotions, something Wells attributes to bodily function. The Narrator refers to an 1893 publication suggesting that the evolution of the human brain might outstrip the development of the body, and organs such as the stomach, nose, teeth, and hair would wither, leaving humans as thinking machines, needing mechanical devices much like the Tripod fighting machines, to be able to interact with their environment. This publication is probably Wells's own "The Man of the Year Million", first published in the Pall Mall Gazette on November 6, 1893, which suggests similar ideas.[40][41]

The descendents of man will nourish themselves by immersion in nutritive fluid. They will have enormous brains, liquid, soulful eyes, and large hands, on which they will hop. No craggy nose will they have, no vestigial ears; their mouths will be a small, perfectly round aperture, unanimal, like the evening star. Their whole muscular system will be shriveled to nothing, a dangling pendant to their minds.2

The editors at Punch evidently found this prediction hilarious, publishing a poem and accompanying sketch ridiculing Wells's lopsided future humans (Figure 1, p. 318). But not everyone was laughing.

As ridiculous as Wells's bodiless, large-headed "human tadpoles" may seem, they were based on the most rigorous evolutionary science of their day. Wells, a lower-middle-class academic prodigy, received a prestigious
https://muse.jhu.edu/login?auth=0&t..._of_the_history_of_ideas/v070/70.2.stiles.pdf

That makes more sense, so perhaps you can find some "human evolution" literature 1800s. ? 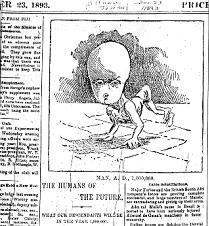