The video covers two dates during 2014.

Published on 4 Jul 2014
Sorry for gap in uploading, but Weather Control Command has their thing down pretty well, and events from Wnter 2014 to current Summer has been depressingly identical. HOWEVER, I am providing you with at least three proofs that chemtrails/persistent contrails are ARTIFICIAL, starting with this video. We examine humidity levels which are a third or less for that required for SUPERSATTURATION OVER ICE, the ONLY conditions that allow natural water vapor caused Persistent Contrails and then go outside to see massive Perpetual Contrails hanging up there with a definition and size that should get someone the electric chair. Near the end we also get a rare and supremely valuable pair of teams of two jets - each pair trailing different material with different color, totally different effects, and totally different residence time. All are at the same general altitude - belly surfing the White Slime/GeoGoo/Chemcloud/Faux Cirrus we have come to love to hate so well. There will be two more proofs presented to you shortly.

Of course his claims are flawed when using the upper air readings.

Upper air readings from Sterling at 12 UTC (0800 Washington Time). He is making observations of the sky and filming at 1325 Washington Time (1725 UTC)

He is filming the skies some 5 hours after the upper air readings were taken.

Upper air readings from Sterling at 12 UTC (0800 Washington time). He is making observation of the sky and filming at 1525 Washington Time (1925 UTC).

He makes the claim at 8:05 in the video that the humidity levels are under 20%. Those readings were from Sterling at 12 UTC. The aircraft filmed on the 25th May were being recorded at 1925 UTC.

The interesting part for me was the different coloured contrails. He claims that he captured a pair of teams of two jets. He makes further claims that they are all at the same general altitude and that one of each pair did not appear on flight tracking software. Nothing unusual in that as not all flights are visible on such software. I believe that the first pair did appear on Plane Finder but he was fooled by perspective. 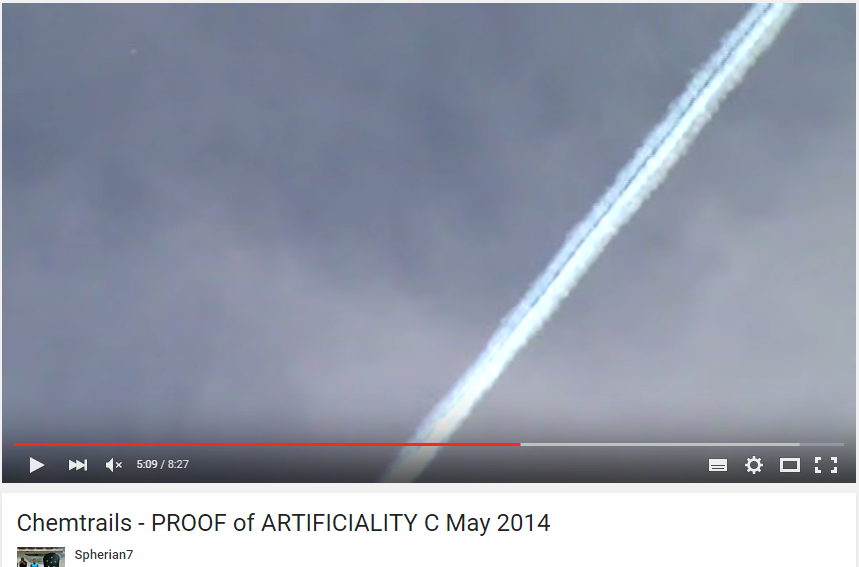 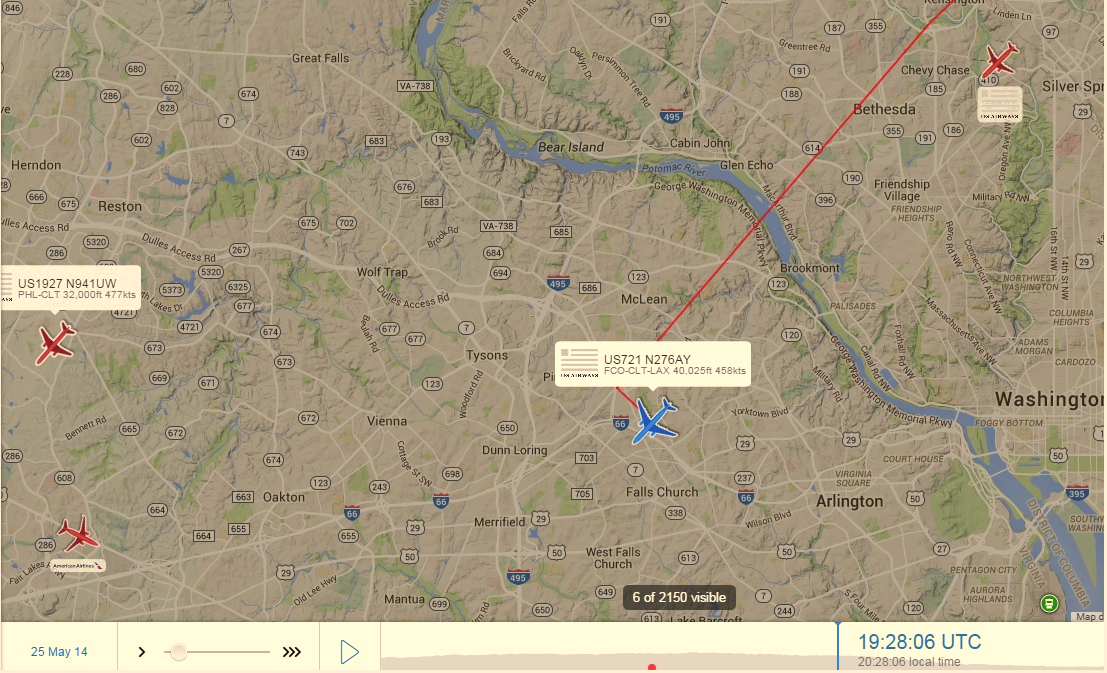 US721 US Airways Airbus A330 was flying at 40,000 feet and US1927 US Airways Boeing 757 was flying at 32,000 feet. From his filming location it would appear that the aircraft were flying in a pair. I believe that the 8,000 feet difference led him astray? The different colours are nothing but the contrails of two airliners at different heights reflecting the light differently. 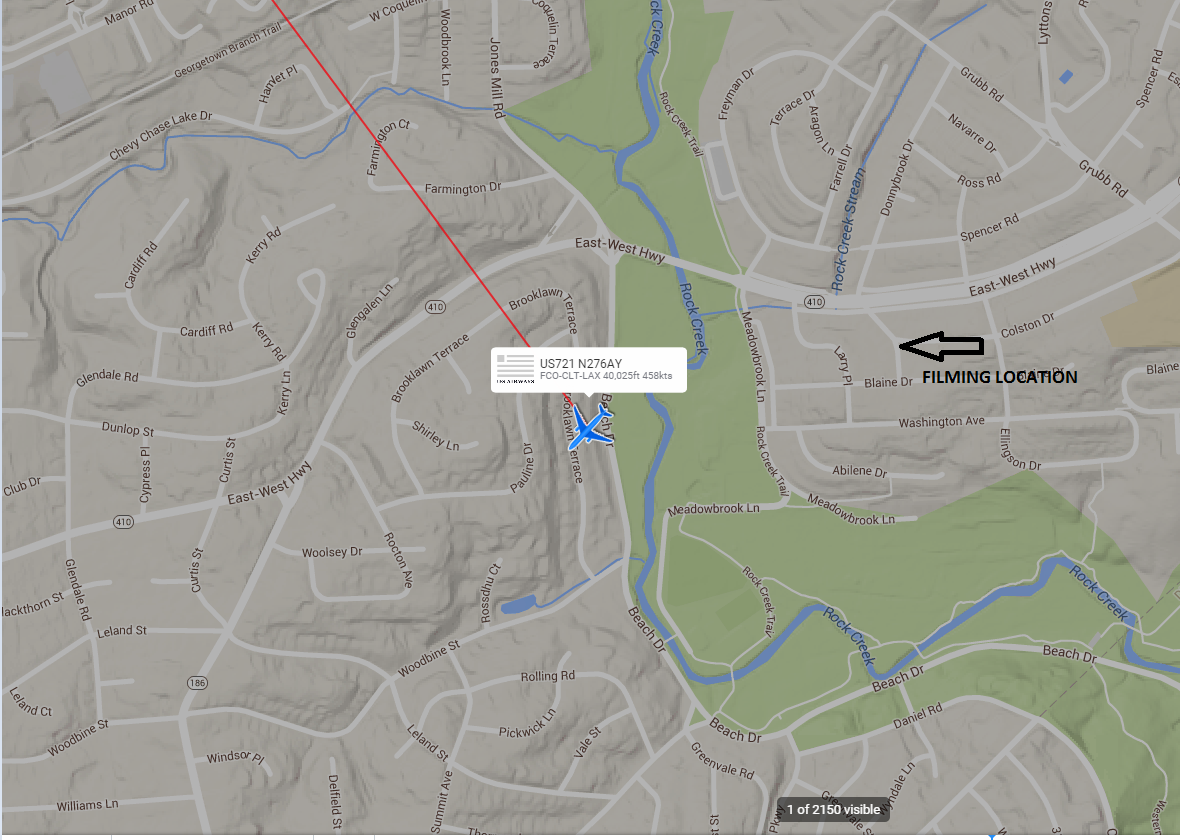 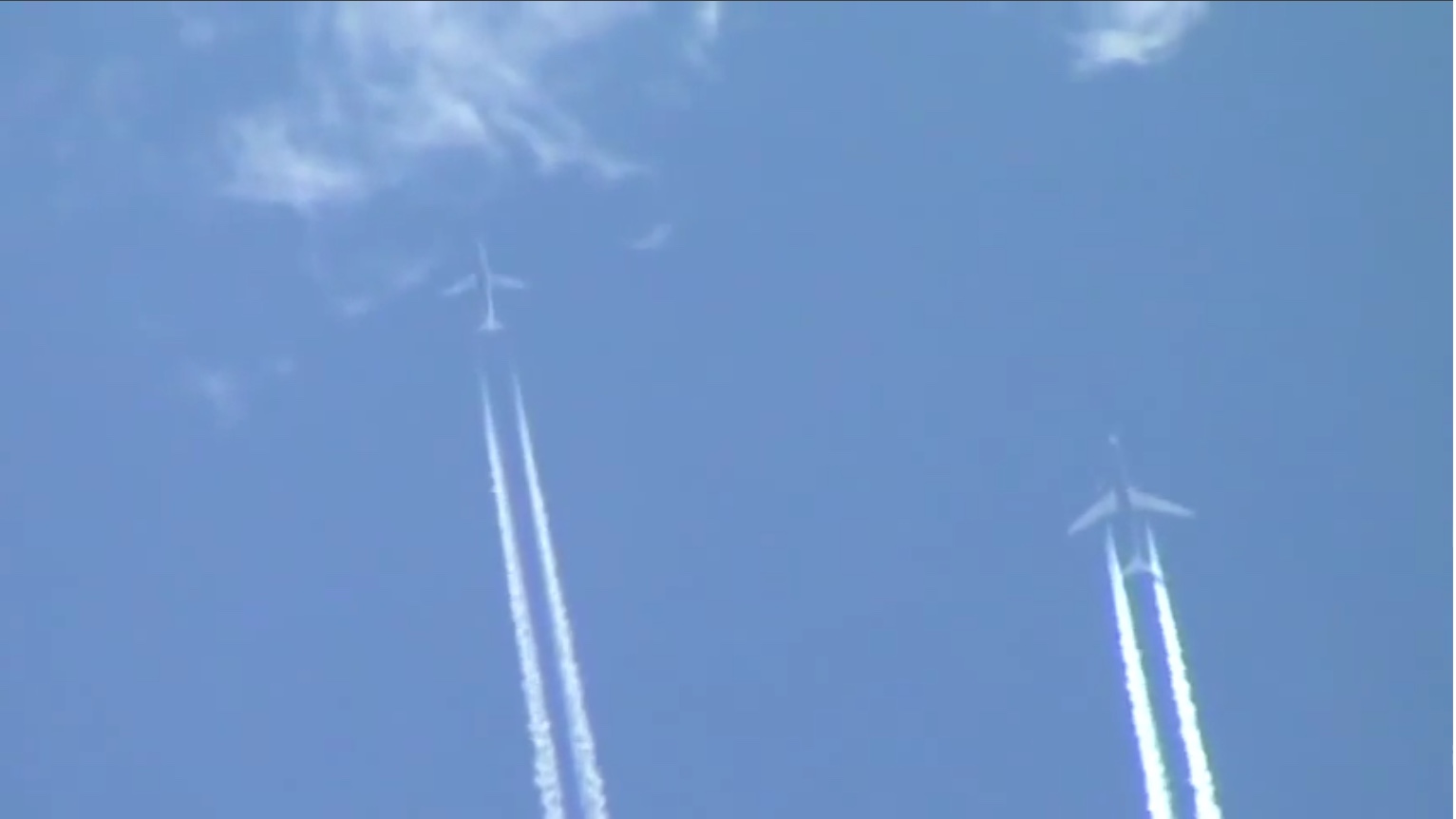 Clearly not at the same altitude.

It's worth nothing though that even trails at the exact same altitude can look quite different. Different engines have different exhaust temperatures, which leads to different sized contrail particles. The smaller particles (from the hotter exhaust) has much more contribution to it's visible light from diffracted light. The larger particle appear more white. So they appear different colors under some conditions.
https://www.metabunk.org/white-grey...likely-intermixed-engine-configuration.t3246/ 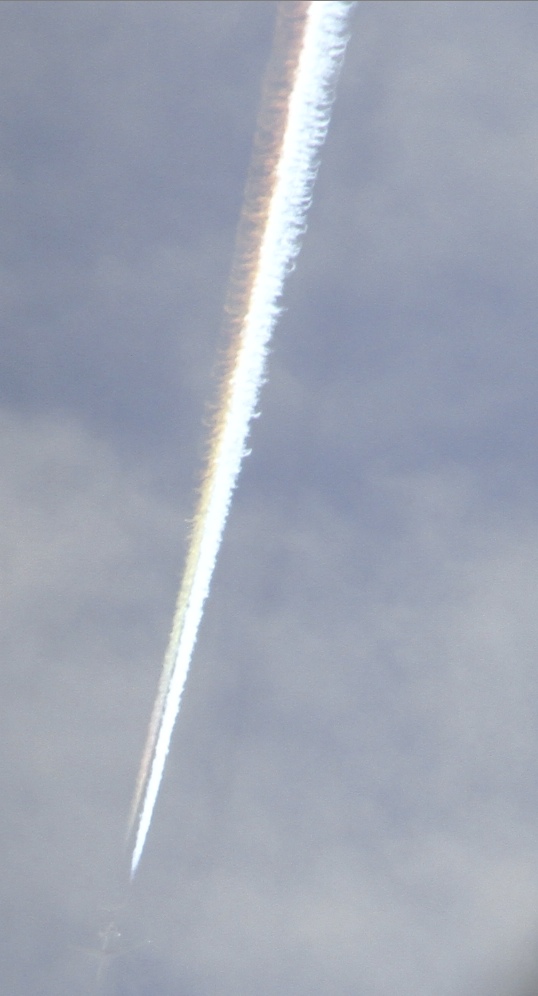 The trails on the right-hand plane are forming very close to the engines, compared to the other one. Just an observation. It almost looks like the fuel dumping videos that have done the rounds, but I don't think it can be as the trail doesn't disperse quickly enough to be fuel.

Edit: it also cannot be fuel dumping because Boeing 757s don't have the capacity to do so!

Trailblazer said:
The trails on the right-hand plane are forming very close to the engines, compared to the other one.
Click to expand...

It essentially the same thing as in the CRJ intermixed engine example. On trail, when mixing with the atmosphere, is staying in a water saturated state longer, which means it starts being water saturated earlier, so the contrail become visible closer to the engine.

This situation can come from different engines, or different ambient air at that altitude.

In this chart, the purple line is the mixing line, showing the temp and humidity of the exhaust plume as it mixes with ambient air. You can move either end of the line and get different results. 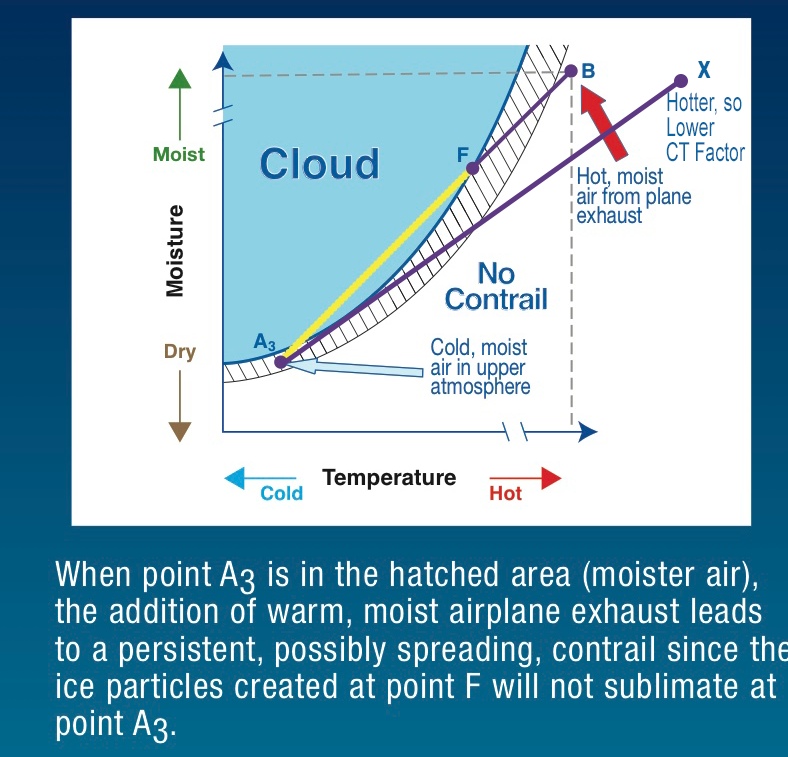