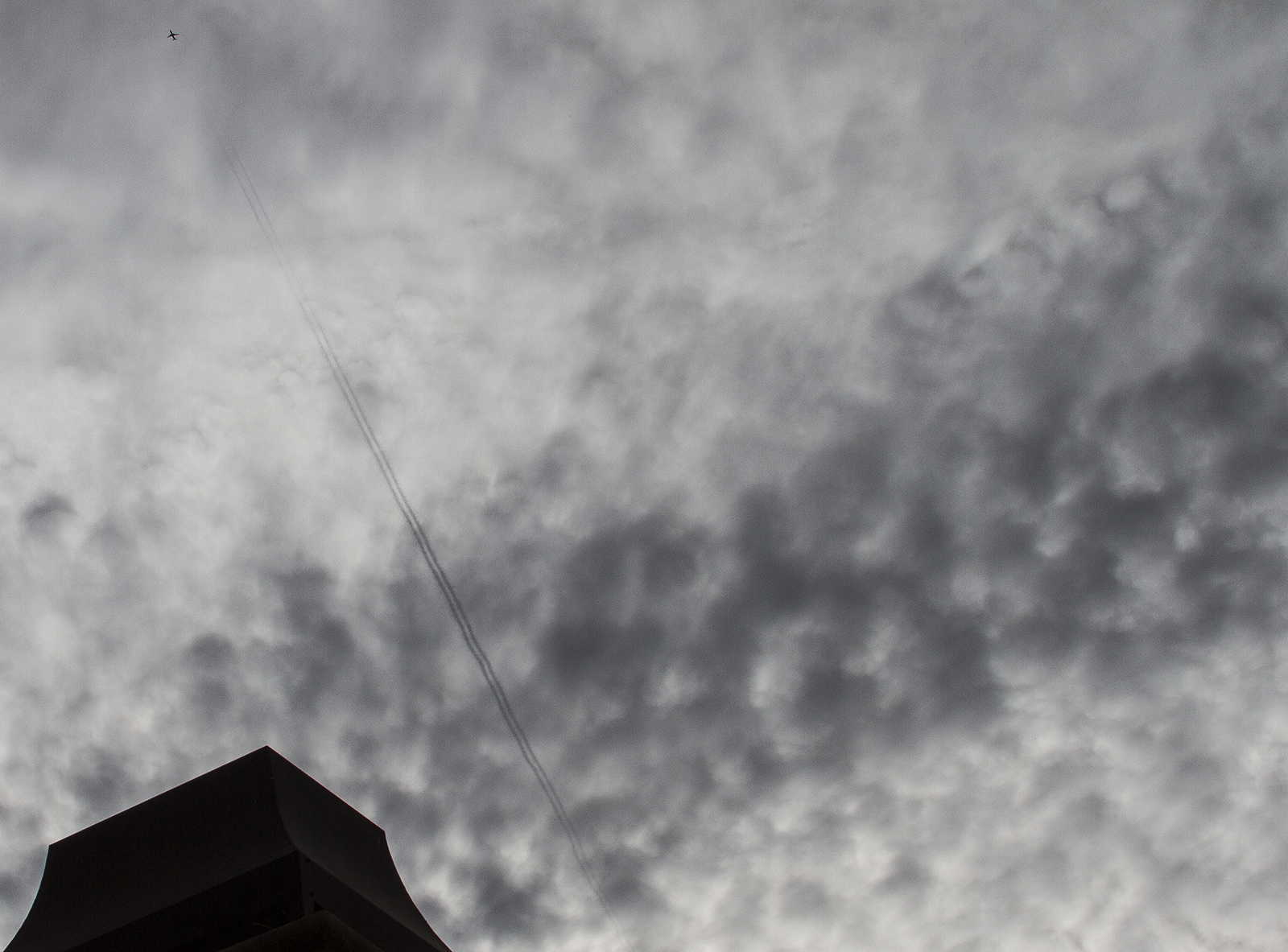 But it was still quite interesting. It's actually quite a nice day, but there's a layer of cloud the west. The Eastern sky is blue with patchy clouds. This is a panorama looking south (showing an unrelated contrail that has developed into a fallstreak). Note the chimneys on the right.

I zoomed in on the dark trail:

The flight is Delta 2375 from San Francisco, passing over around 21:47 UTC 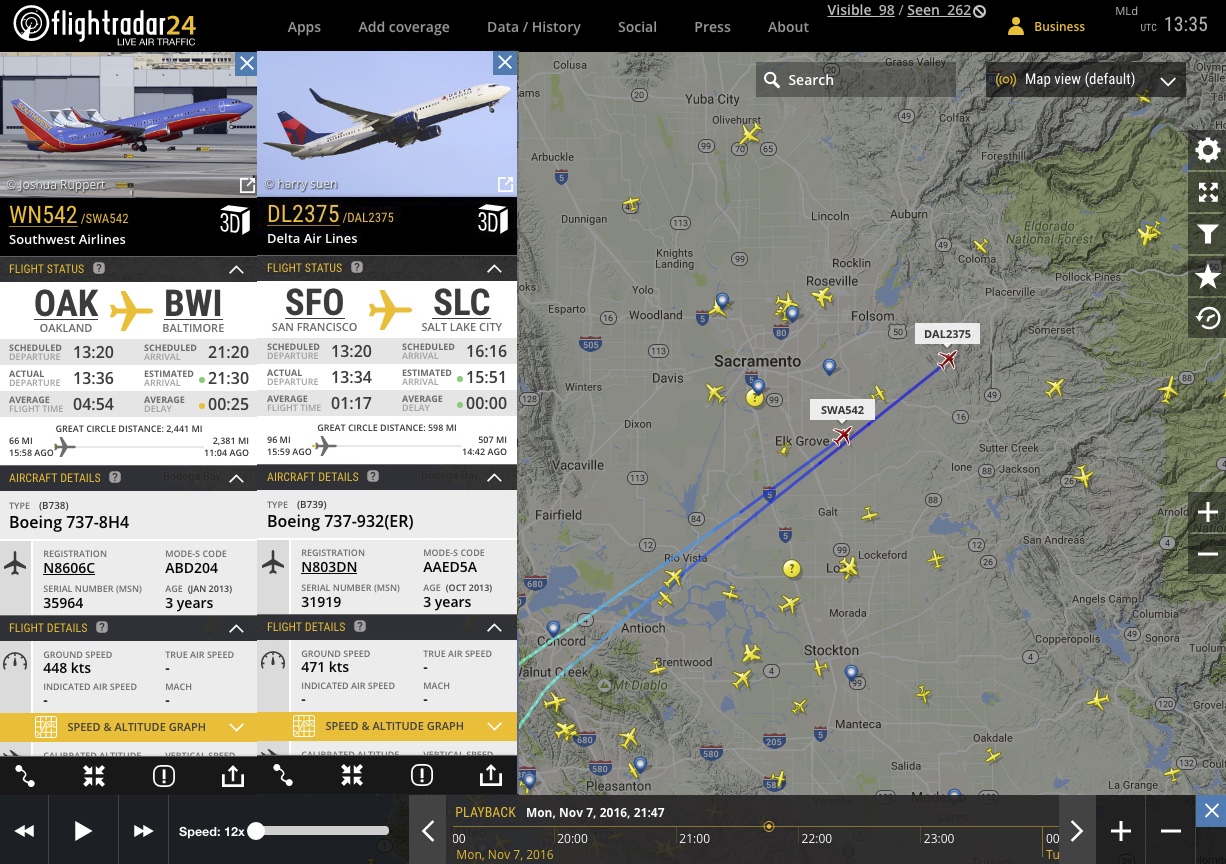 It was heading north west, and climbing through 25,000 feet. The contrail is probably the aerodynamic type, and not an exhaust contrail. The contrails became more sporadic as it got overhead. 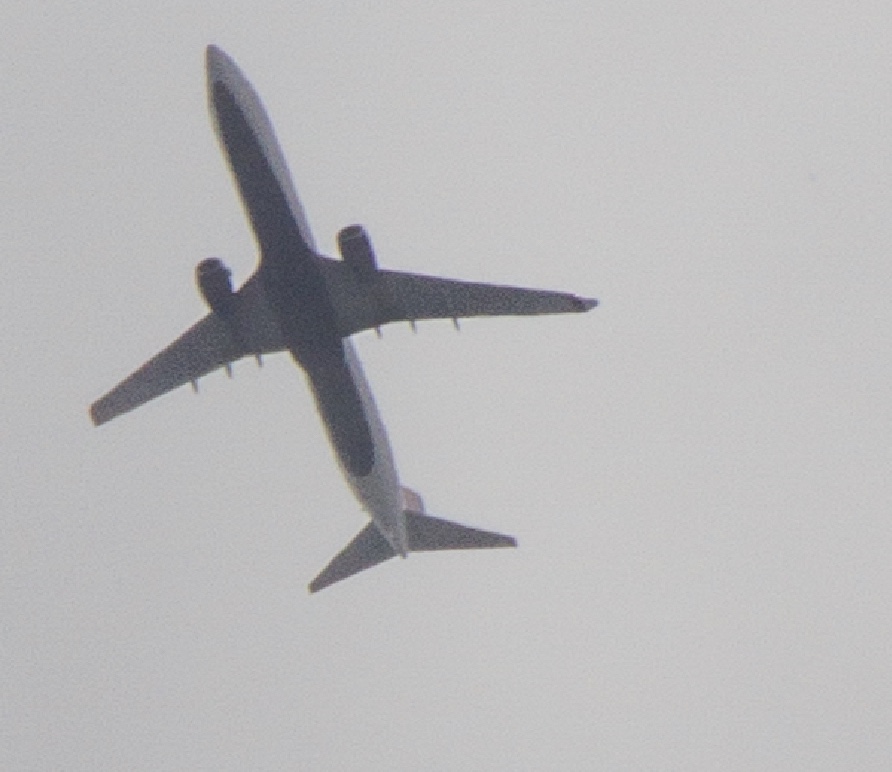 Just behind that though was Southwest 542, on a similar path, but seemingly slightly lower. It also left a "black" contrail. 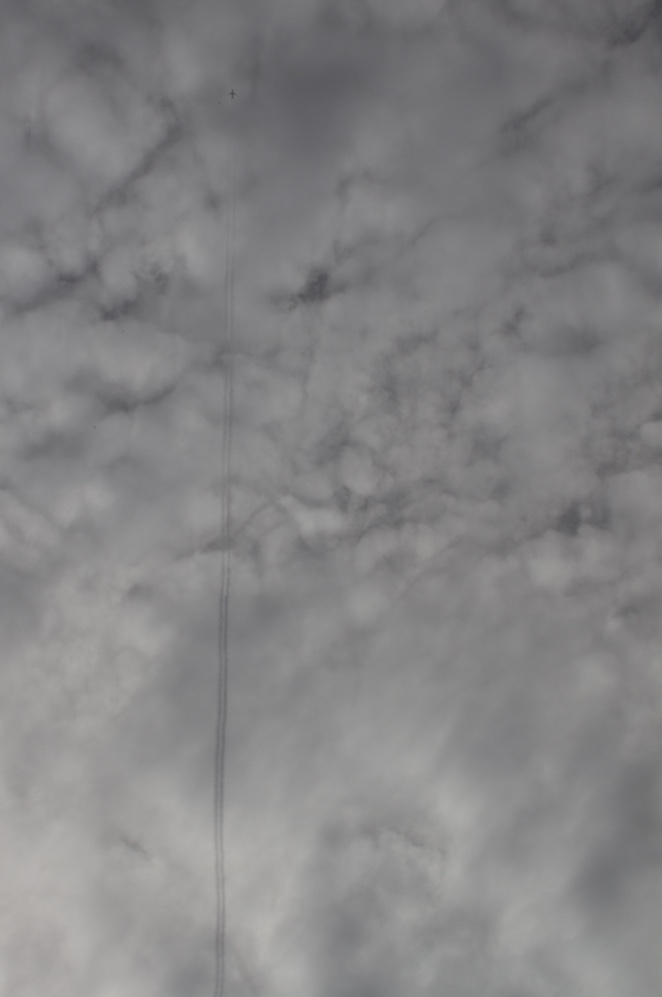 But this time it kept going longer, allowing me to see it was indeed an aerodynamic contrail: 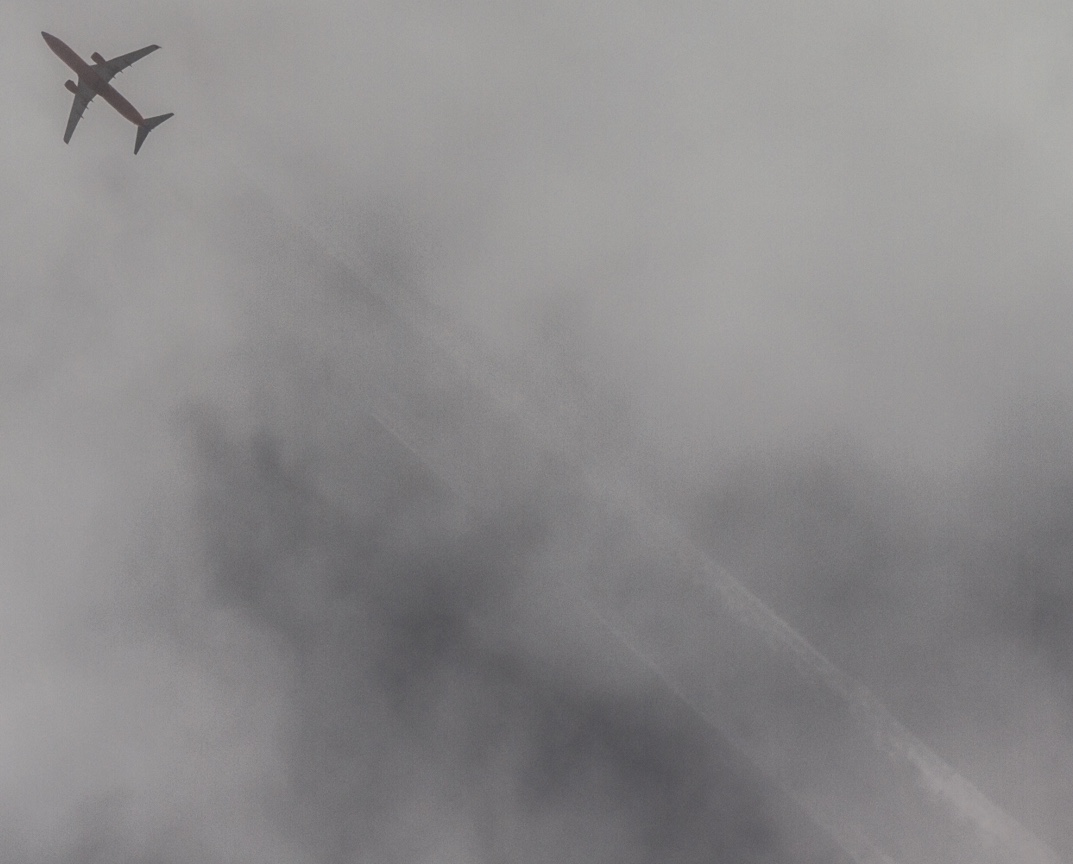 This was more apparent as it went into the clearer regions of sky. Notice the contrails do not line up with the engines. 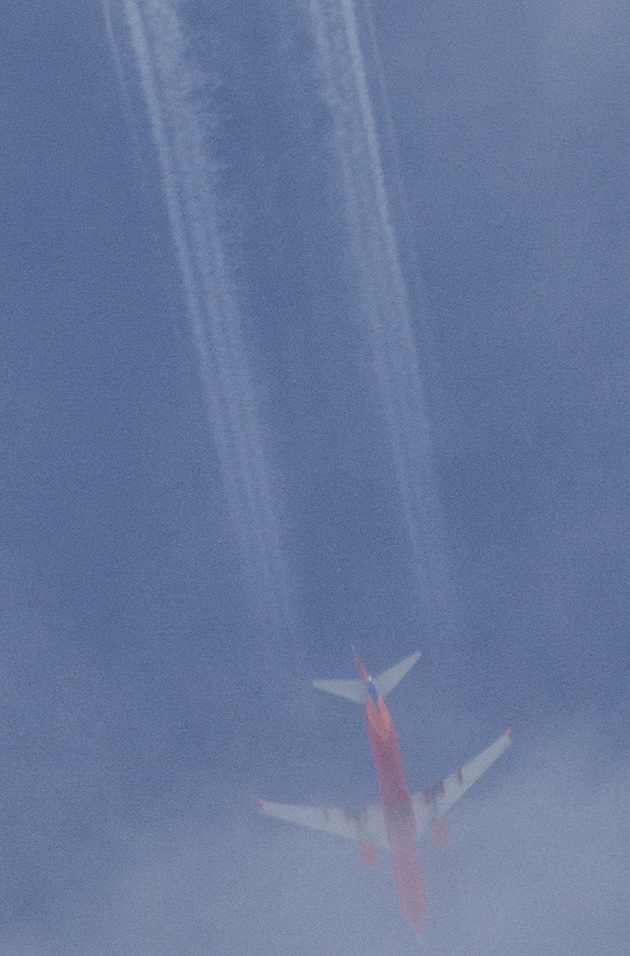 This enhanced shot shows the internal structure of the aerodynamic contrail

This is about the same section a bit later:

Compare with a contrast enhanced section of the same contrail in the backlit lighting conditions. There's no real significant difference however the less dense edges of the contrail are harder to see as they blend in with the clouds.

Mick West said:
The flight is Delta 2375 from San Francisco, passing over around 23:47 UTC

Did you mean 21:47 UTC (13:47 PST)? Also, it does not look like the contrails were backlit. They probably were unlit, that is in a cloud shadow.

I did! And I was specifically only using UTC to avoid confusion with PST/PDT (my camera time was off by an hour). My brain seems to like to randomly add or subtract two hours. I have updated the screenshot to include the time and both planes.

Also, it does not look like the contrails were backlit. They probably were unlit, that is in a cloud shadow.
Click to expand...

I really just meant that the sun was behind them, and the entire scene was backlit. However now you brought it up "backlit" would generally meant at least bright white fringes on a contrail, so I've changed the title to "shadowed". I should have taken more photos with the full sun in context, but I automatically tried to keep the sun out of frame. This shot kind of shows the "backlit" aspect. 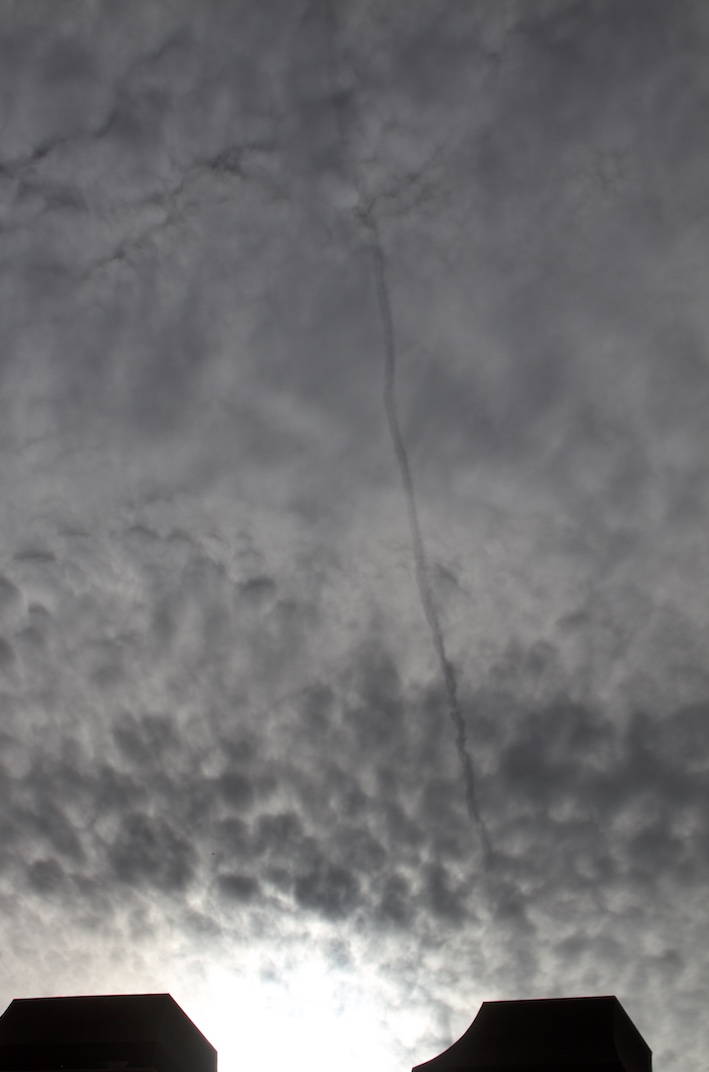 The sun is just off the bottom of the frame. The clouds themselves are obviously backlit. The contrail is very close to the cloud layer (which seems to be common with my observations of aerodynamic contrails here).

Staff member
There was actually a third similar trail a few minutes later. This photo (contrast enhanced) it shows the transition from dark to light very well. The view is looking south, so the plane is flying from right to left. 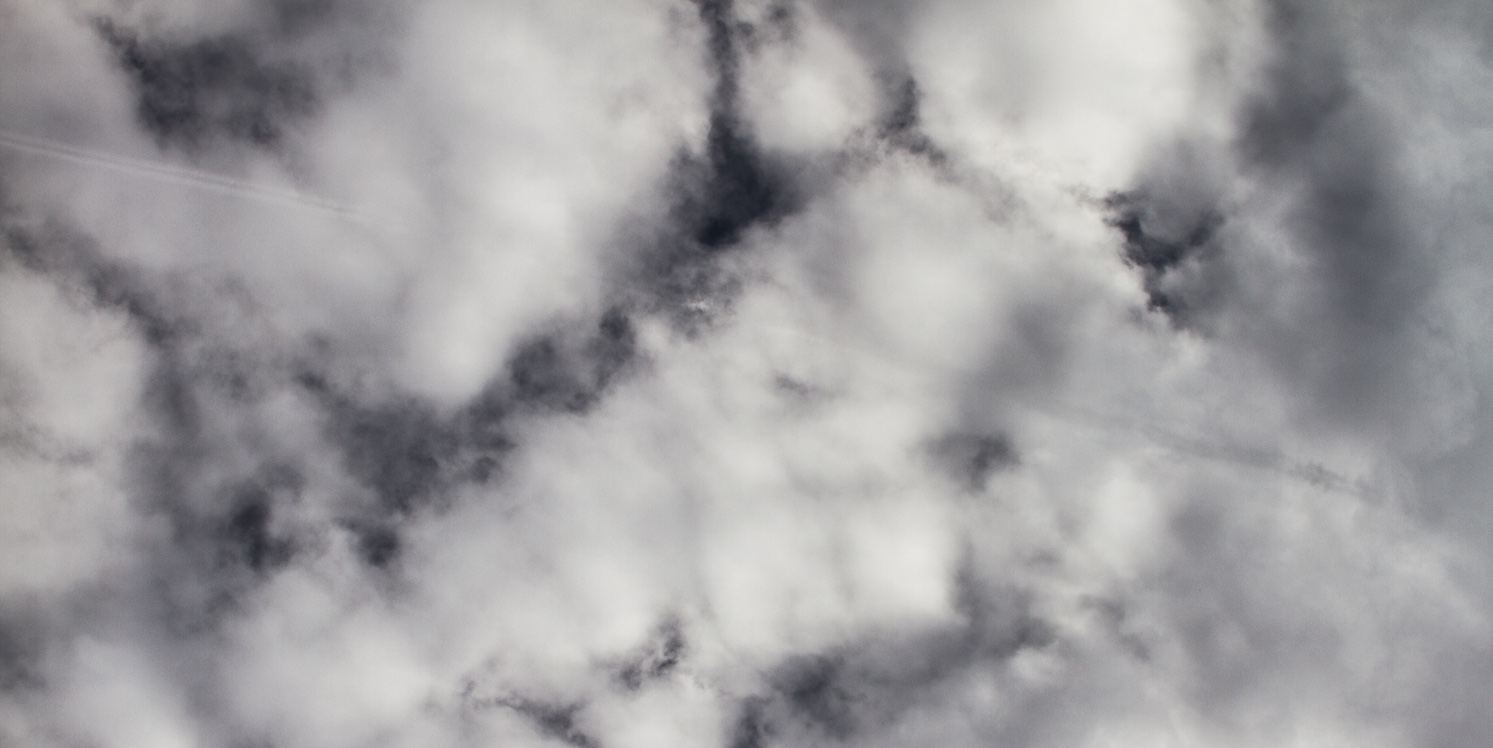 
This video ends a few minutes before the first dark trail appeared. It shows a fallstreak hole forming from this earlier contrail