This was posted on May 2. The article, (I'm using this one sent to me from a friend.) Shows what seems to be a comet or space debris falling. (The video cant be independently linked so you have to click on the article link I have here to view it. =/)

The article makes claims such as "A remarkable video of a large white object falling out of the sky over the Spanish island of Ibiza has many authorities believing it to be space junk. However, local astronomers tracked the object and say its movement could only be explained if it were self-propelled."

Here is the link to the article itself. http://www.openminds.tv/ufo-video-ibiza-baffles-local-astronomers/27384

Now looking at the footage and article I would presume that this is space junk or something similar like Mick has showed on past posts. However here it seems odd because they claim:

"the video itself shows the object moving in a direction that is not the same as the direction it was headed when it was initially tracked."

Can there be any reason for this? Is there any further information given that disproves this claim? Just trying to identify what this one is!

derrick06 said:
Now looking at the footage and article I would presume that this is space junk ...
Click to expand...

I will stick my neck out, here, and say it's not likely any de-orbiting object....it is just too slow for that.

My (very initial) thought is an airliner, and a non-persistent contrail. That is, a contrail that forms, and then sublimates rapidly afterwards.

This is based on the apparent speed, from the observer on the ground who is making the video.

Still, the other comments made about the video might need further discussion.

(EDIT: On a personal side-note...I was amused to see William Shatner featured in the right-hand side of the page....not sure if it displays the same for everyone, and each time the website is accessed?)

It is a contrail from a four-engine jet, e.g, Boeing 747, flying straight away from the observer. It is a common misapprehension; short sunlit contrails look like UFO, or meteors, especially at sunset or sunrise.

There's already a thread on this, here: https://www.metabunk.org/threads/uf...simply-contrails-contrail-flight-vy2425.3533/ 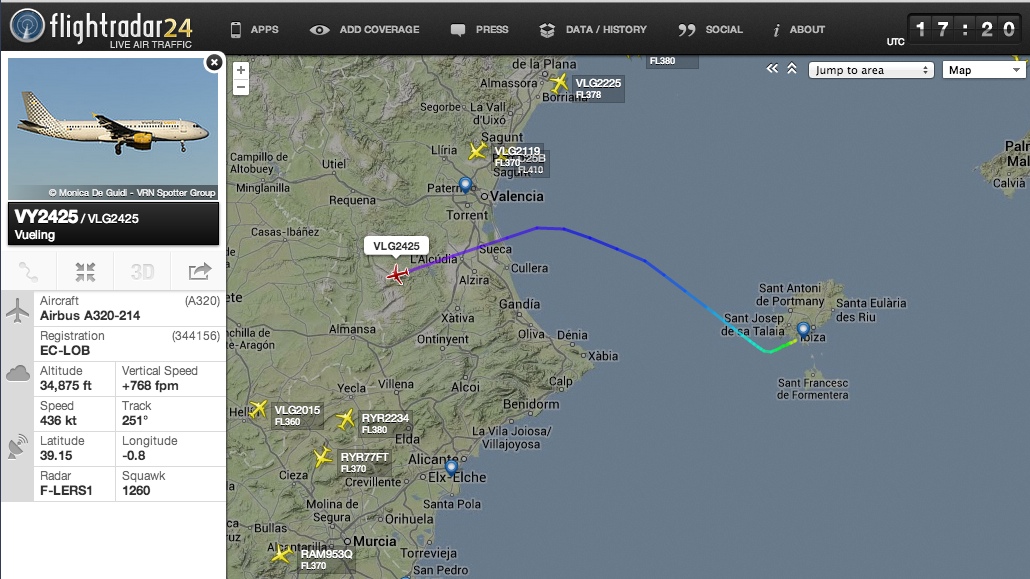 It's just a contrail. Mick already pointed out the likely culprit.

The article in the OP merely repeats descriptions from prior sources, and they're a total mess due to either poor translation or other errors. I wouldn't get too hung up on its text.
(Meteorites, by definition, impact Earth's surface; friction is not the cause of glowing orbital debris on reentry; it's highly unlikely that the referenced telescope "tracked the object" in real time. It's not "space junk" as no matching reentries would have been visible from that location. A Russian rocket body did reenter the atmosphere earlier in the day before the video was shot, but it wouldn't have been viewable from Spain.)

As I've written previously: casual skygazers are probably unaware that all orbital debris larger than a few centimeters is actively tracked on a daily basis, and reentries are predicted well in advance. Tens of thousands of objects are monitored regularly, and those with decaying orbits are well-known.

If a visible reentry is expected, it's usually publicized several days ahead of time. You don't just show up with a camera or smartphone and film something nobody knew was coming (unless of course you're fortunate enough to capture a Chelyabinsk-style event).

@cosmic Oh ok! I search for these posts before I make new threads but I sometimes can't find them. Sorry for blowing up the threads guys!

Anyways, thanks for the answer!
You must log in or register to reply here.