UPDATE: Solved - the video is an "Animated Simulation" created for the documentary "Out of the Blue" (found by @NilbogBackwards) 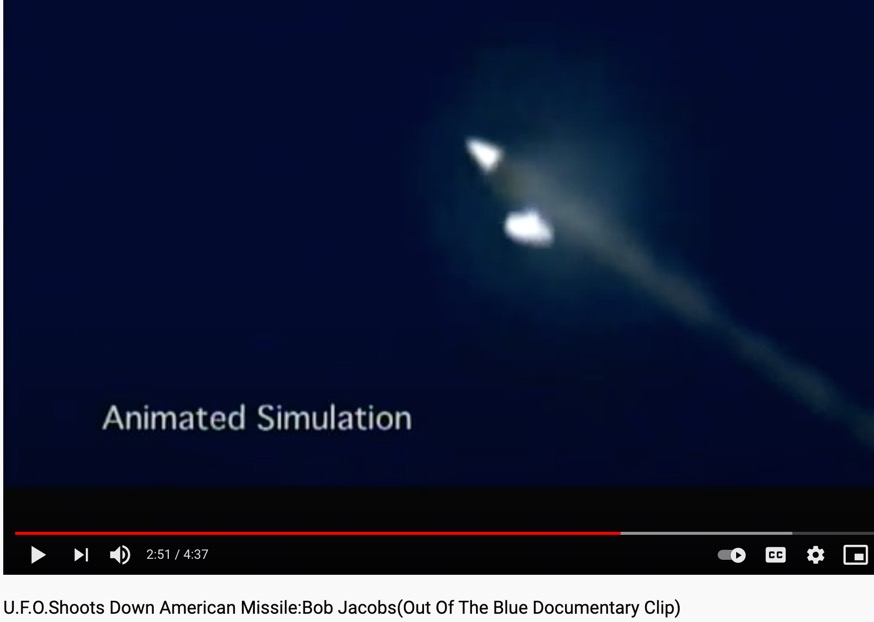 Recently a clip surfaced that allegedly shows a UFO shooting "a beam of light" on an ICBM warhead and destroying it: 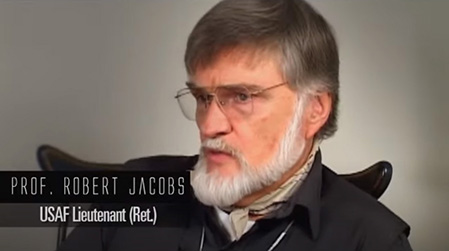 
The letter of his superior mentioned in the interview seems to be available: 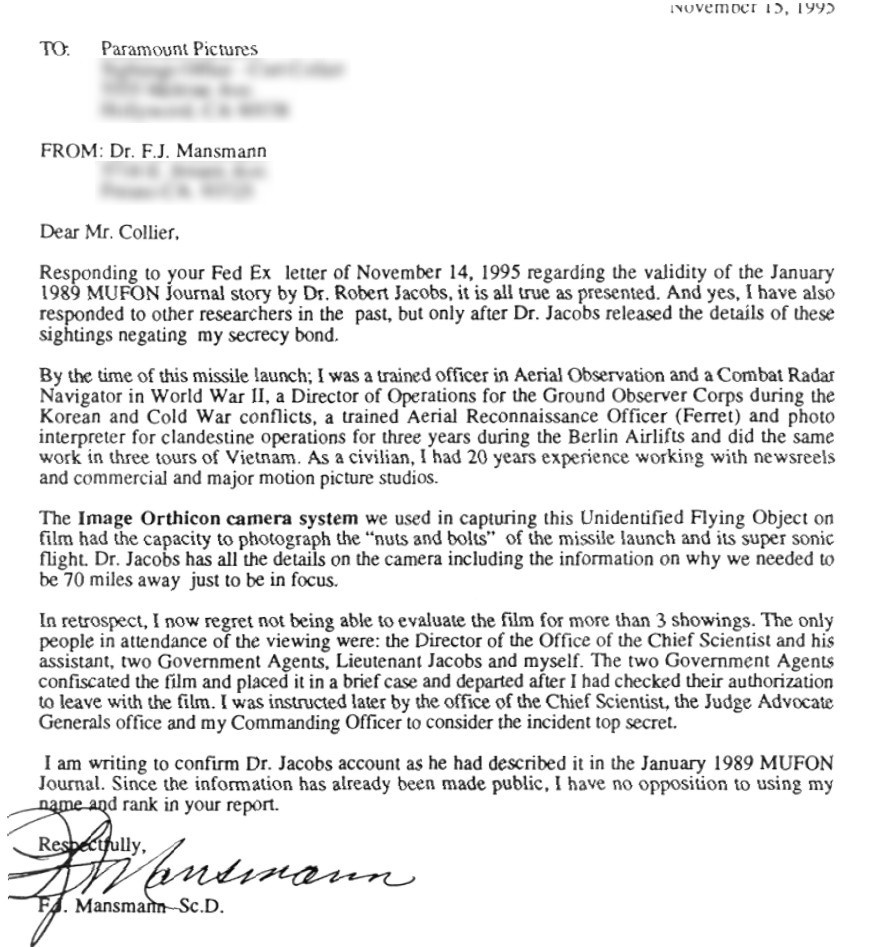 Has this story been debunked already? Does anyone know what Philip Klass said about Roberts?
What about the clip on top? Digital simulation based on Roberts story or the real thing?

Where did this recently surfaced clip originate?
N

It's a reenactment video. Source:

In better quality it looks like a much more cartoonish UFO.
R

Where did this recently surfaced clip originate?
Click to expand...

As far as I could track it down it was found in a UFO related Telegram group and from there uploaded to a german image board.
G

UFO hunters/skeptics would do well to familiarize themselves with miniature work.

The smoke trails look kind of similar to the "salt waterfalls" effect from the Phantom Menace (Epsom salt being poured over a black screen.)

Rotauge said:
As far as I could track it down it was found in a UFO related Telegram group and from there uploaded to a german image board.
Click to expand...

Can you link to where you downloaded the Vandenberg.mp4 file from, please?
R

OccamsGhost said:
Can you link to where you downloaded the Vandenberg.mp4 file from, please?
Click to expand...

But note that NilbogBackward has found the documentary where this clip was marked as reenactment animation, so at least the clip is successfully debunked.
M

The whole account seems to have been thoroughly debunked by the project initiator and engineer, Kingston A. George, in a 2009 issue of the skeptical inquirer.

I'll sum up a few bits but the whole thing is a good read if you are into 1960s cold war ICBM testing.
Basically George figures out that Jacobs is talking about an Atlas B launch nicknames 'Buzzing Bee' on September 22nd 1964 and the classified nature of the program, combined with the optical effects of the Image Orthicon and optical system as well as Jacobs's imagination have created the UFO myth.

In a nutshell, the Atlas launch to the Kwajalein atoll included deployment of two decoy reentry vehicles (RVs) intended to confuse enemy defensive radars. Our photography showed that the decoys did not deploy properly after the main propulsion phase ended and were surrounded by pieces of Styrofoam packing from their launch tubes. Thus, the “real” warhead, released before the decoys and without the packing, stuck out like a sore thumb. The Strategic Air Command (SAC) headquarter analysts subsequently recognized this as a shortcoming of a major weapons system and classified the film as top secret. Film footage seen up to the time of this new classification was the origin of Jacobs’s fantasy, as his security level was not high enough to handle the film or talk about it after re-classification. Nor was mine, at that time, but my clearance level was increased very soon thereafter.
Click to expand...

And then Mansmann's letter:

Mansmann would have determined the photo requirements for every launch and issued directives to the 1369th Photo Squadron. The launch personnel were busy in those days, as more than one hundred test launches were taking place yearly in the early 1960s. [...] Owing to his substantial workload, Mansmann was only marginally interested in the Big Sur site and the purpose of the project. He visited the Anderson site only once that I can recall, in early September.
Click to expand...

Why would Major Mansmann agree with Jacobs? It is doubtful that in 1964 he had more than a small inkling of what the Buzzing Bee films showed—and even less interest many years later. Would he have supported his former “comrade in arms” after he was long retired and short on memory of those busy times? And might it have even been amusing to him? I remember Mansmann for his great sense of humor and friendly nature.
Click to expand...