Staff member
This 1985 coin is frequently cited by chemtrail believers as a depiction of "chemtrail spraying": 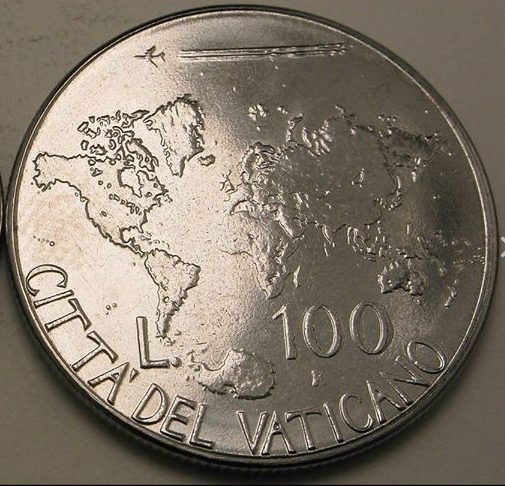 eg this page on Chemtrails Planet: 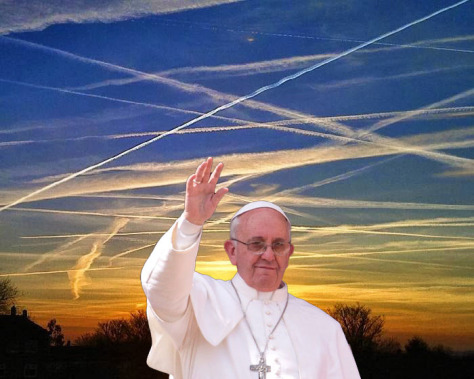 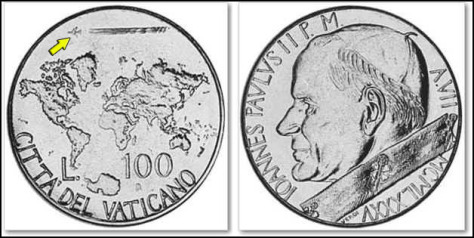 This Vatican’s “chemtrail coin” was minted in 1985 just as NASA began to indoctrinate school children into accepting chemtrails as normal clouds.[/bunk]

The truth is much more mundane. This coin is part of a seven-coin set issued in 1985 to commemorate the travels of Pope John Paul II. A presentation case is pictured below, taken from http://www.vaticancoins.com/coin/1175/1985_Vatican_Mint_Set_7_Coins_BU/

i.e. "Theme: The travels of His Holiness John Paul II".


Vatican 1985 Mint Set of 7 coins in original folder, on the work of the pontiff to spread the word of the Gospel. The 1000 Lire silver depicts John Paul II with his episcopal vestments appearing windblown, as might be the case upon the pope's arrival at the site of one of his visits; the 500 Lire bimetal portrays St. Paul in a boat; the 100 Lire shows an airplane in flight over a map of the world; the other four coins carry designs symbolic of the New Testament's four evangelists: an ox for St. Luke, a winged lion for St. Mark, an eagle for St. John and an angel for St. Matthew.

High-res versions of the other coins mentioned, showing the travel theme: 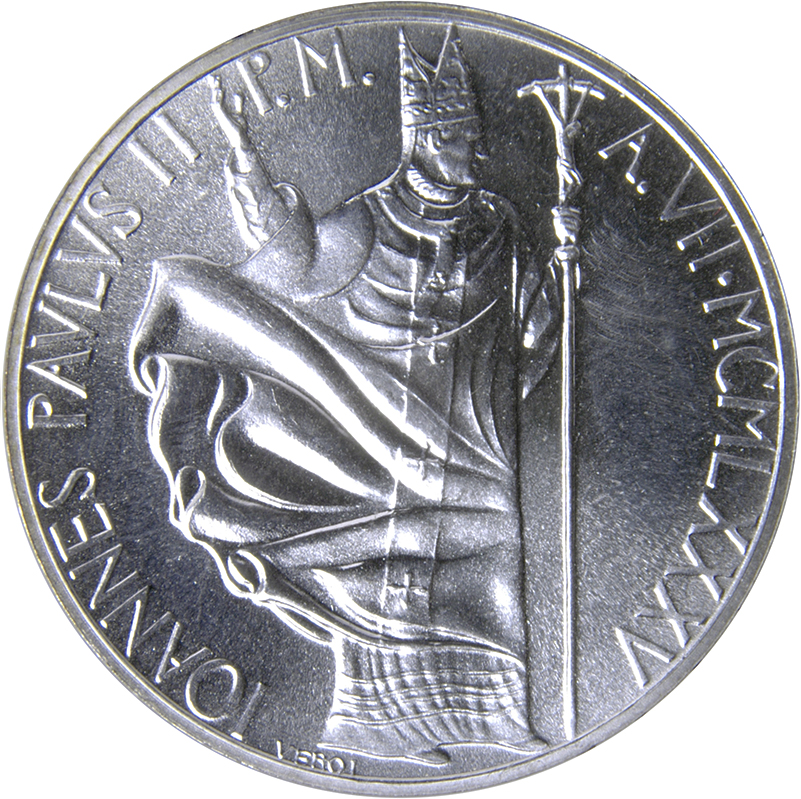 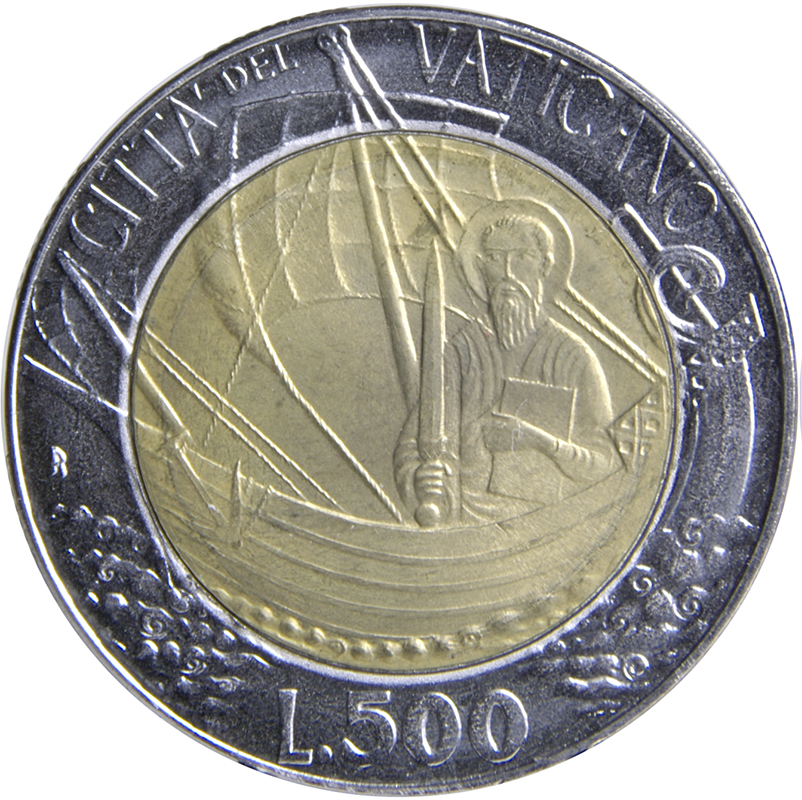 Staff member
I found a better picture of the presentation set here, although it only shows the obverse ("heads" side) of the coins: 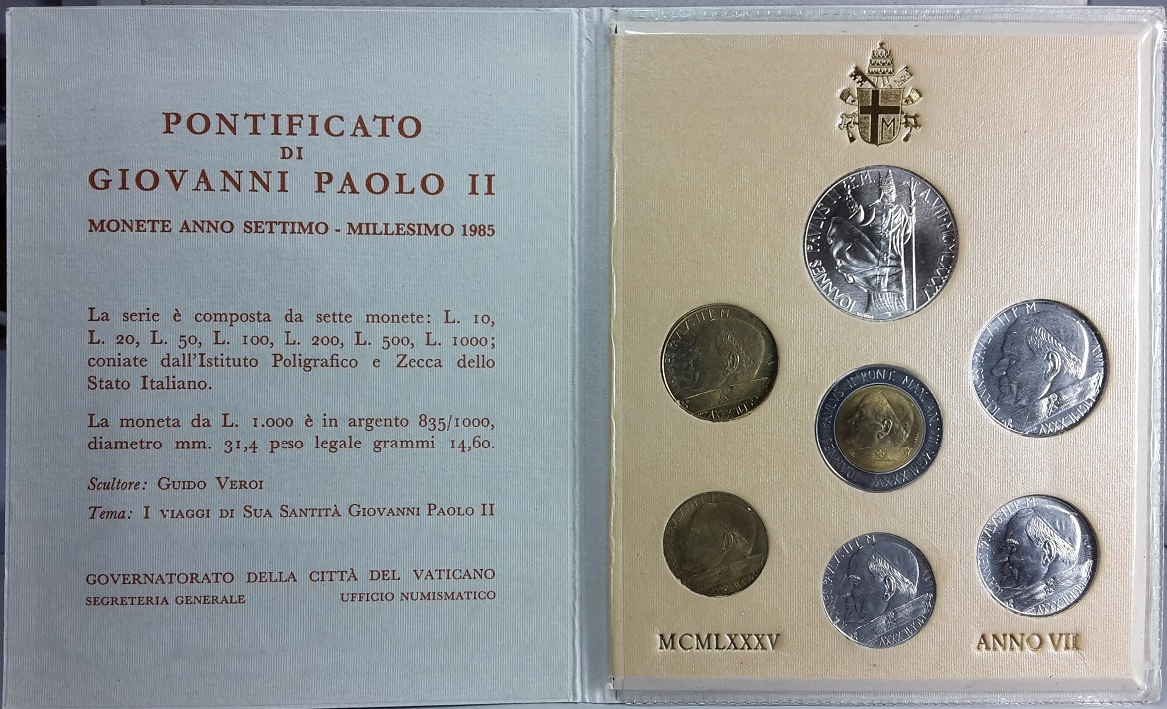 cloudspotter said:
I guess this should go in the Pre 1995 Persistent Contrails Archive
Click to expand...

The coin is already in there, but buried on page 9, so I thought it was worth making a post that's easier to find.