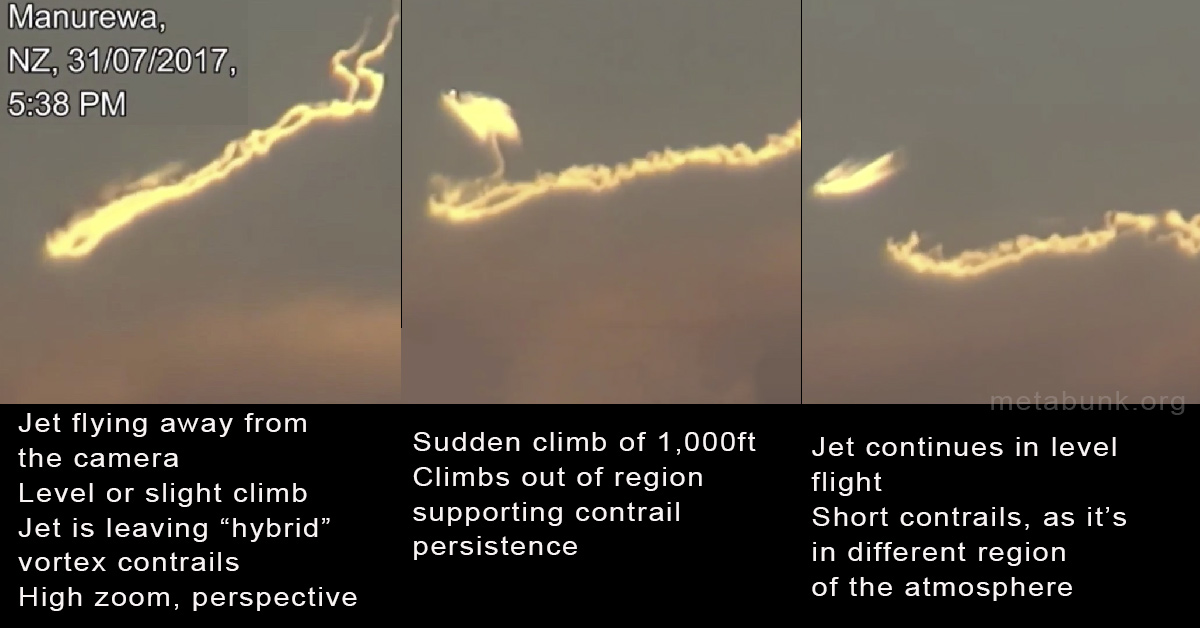 Cool footage of a sunlit contrailing jet suddenly increasing its rate of climb in the far distance. Then continuing with less persistent contrails.
Source: https://www.youtube.com/watch?v=oJSQez3ke-s

Misidentified as a UFO:
http://www.dailystar.co.uk/news/wei...o-proof-conspiracy-fireball-new-zealand-video


In the remarkable footage, a blazing orange object is seen crashing to the ground – leaving a vast smoke trail behind it.

But it then appears to stop its path and suddenly catapults vertically into the air.

The mystery shape then turns back around and continues its trajectory – separate from its trail.

Staff member
Likely flight is Emirates 435 from Auckland to Brisbane

No FlightAware track, so using the FR24 one (attached), at 5:38 it was 100 miles NW of Manurewa, which looks about right for the perspective.


Viewed from the side there's a change in climb rate (so this might actually be an increased rate of climb, rather than level then climbing as I put in my first graphic) 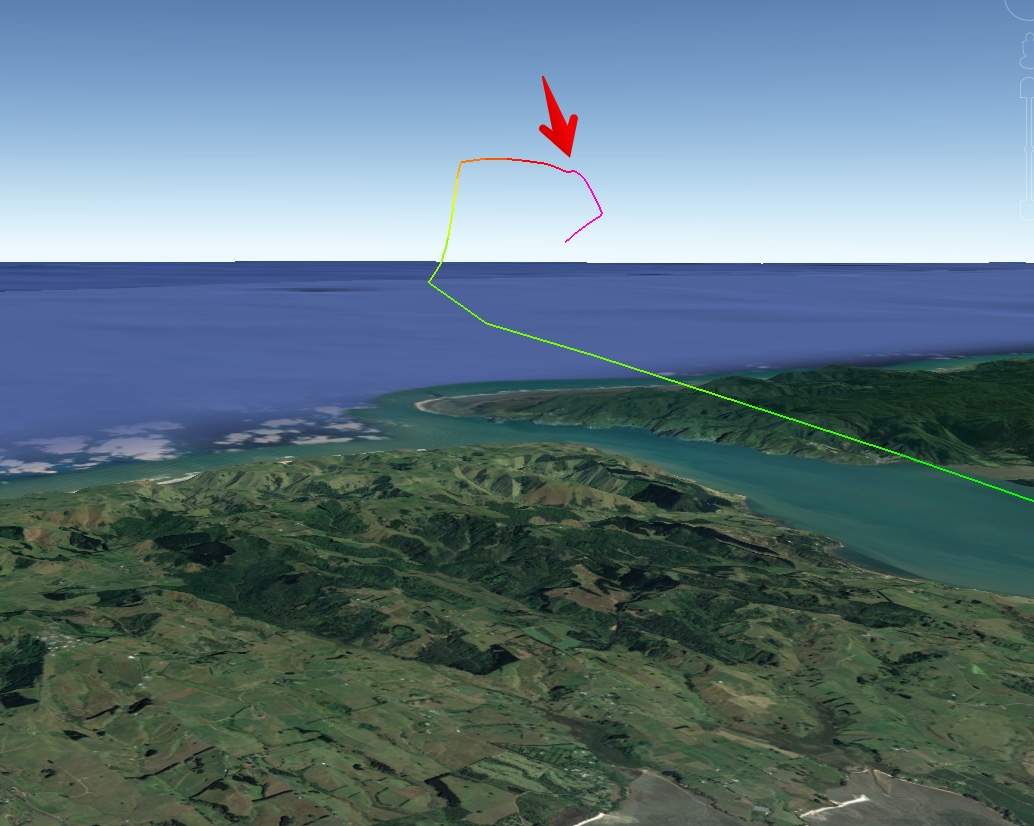 The track is going left to right whereas the contrail is right to left, but contrails often are blown away from the track, which can be greatly magnified by the perspective compression.

Staff member
Planefinder has data, and extracting that to KML (attached) shows a similar increased climb rate at that point.

The actual altitude change only too around 10 seconds, so would actually be more abrupt in the path, but you still see it in an angled view. Here I've placed the camera on the other side, assuming the contrail is being blown east 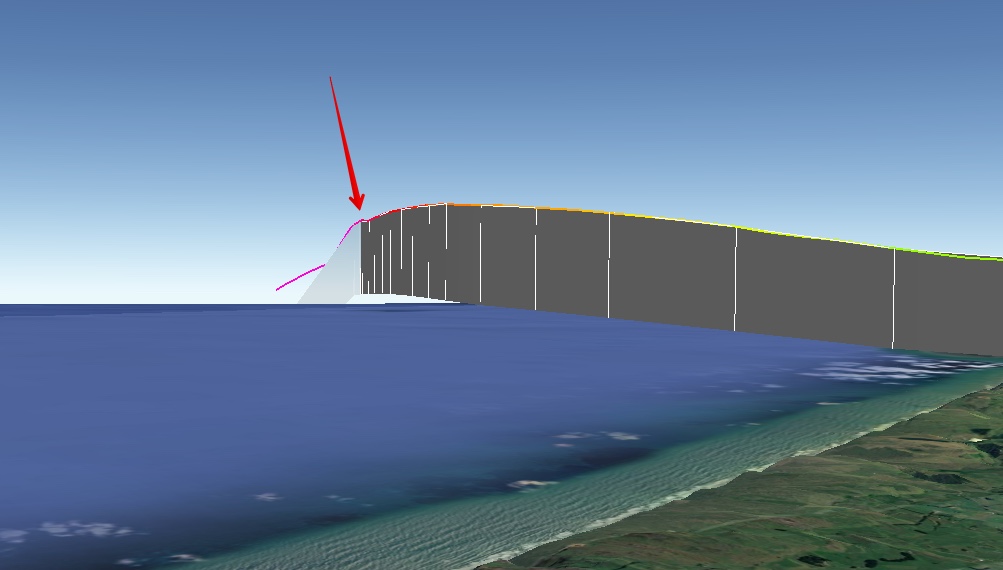 Staff member
The original video comes from Youtuber UFO - fan, who has a lot of very similar videos of sunlit contrails.
https://www.youtube.com/channel/UCxyL2q4dIwArWQZj9TRS9_Q 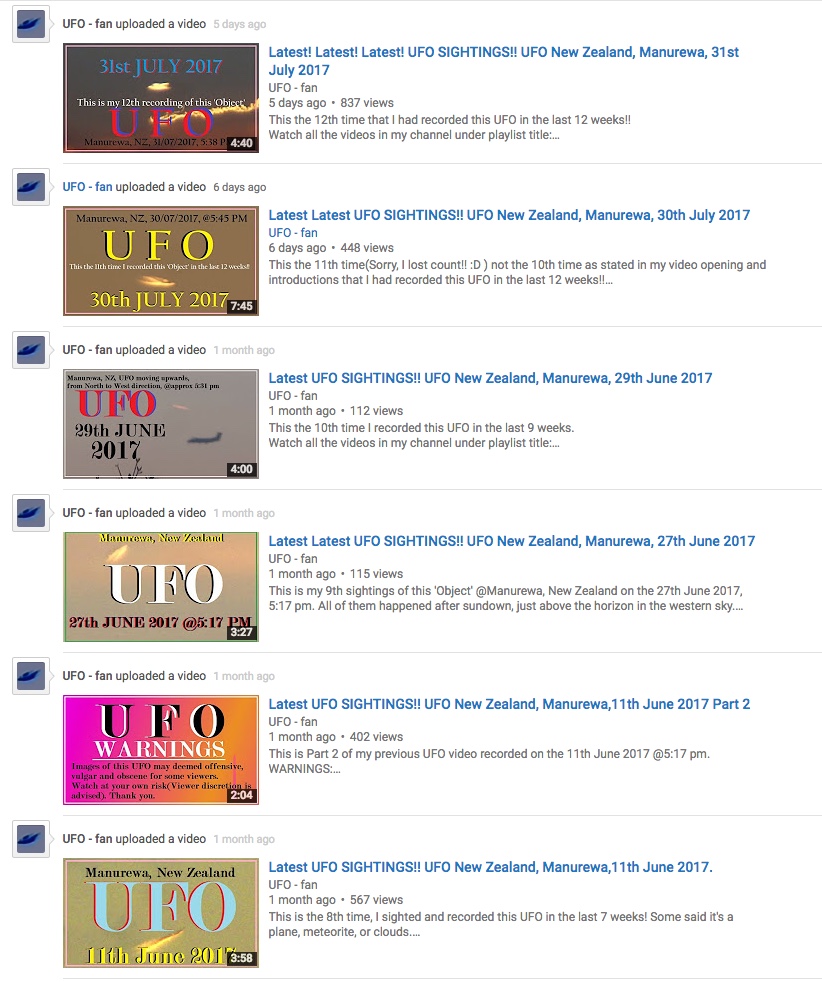 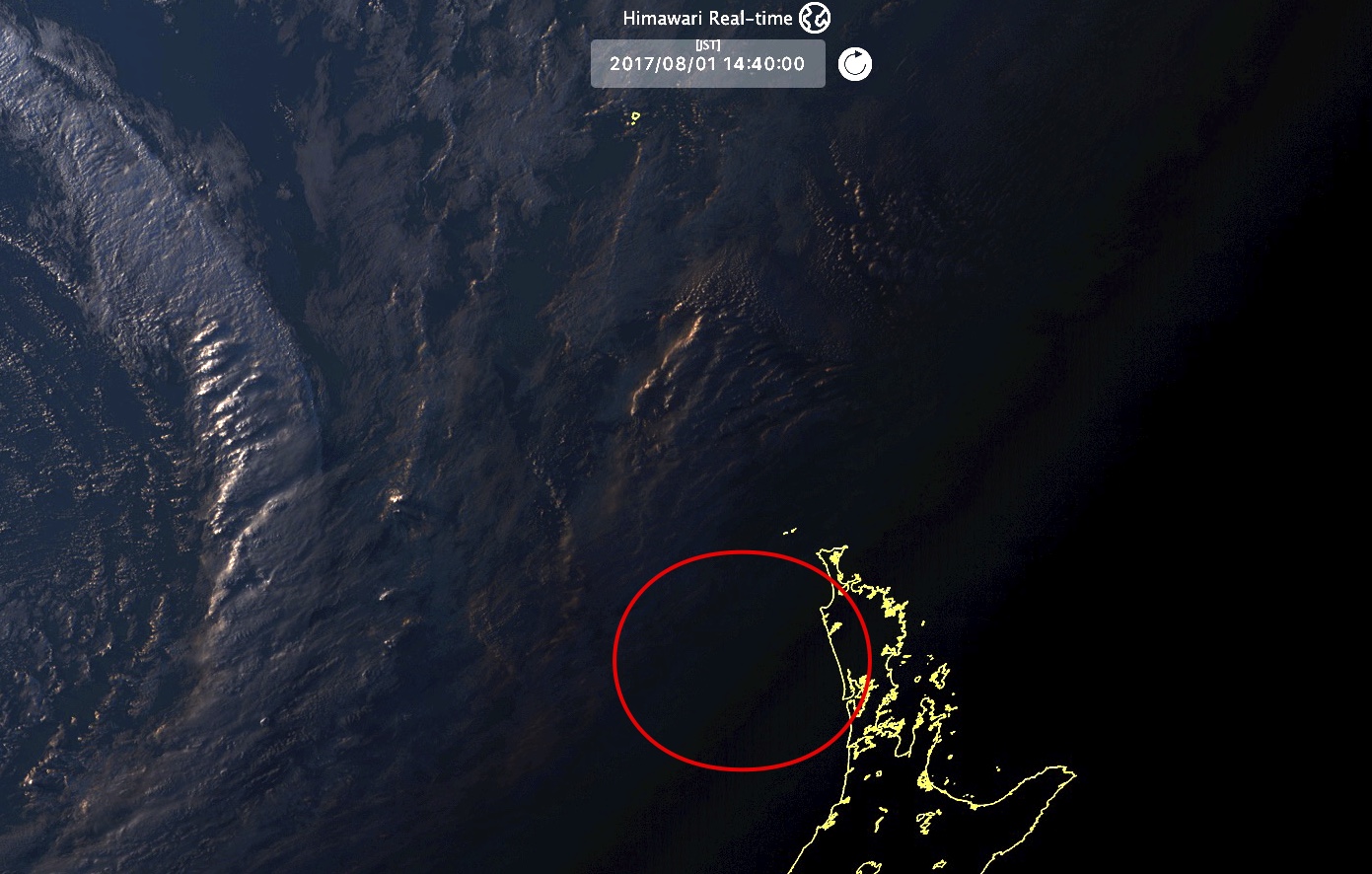 You can see the cloud tops reddening to the west. A high countrail would be higher than these, and so catch the sun even in the darker looking region.

Playback of UAE435 from Planefinder. 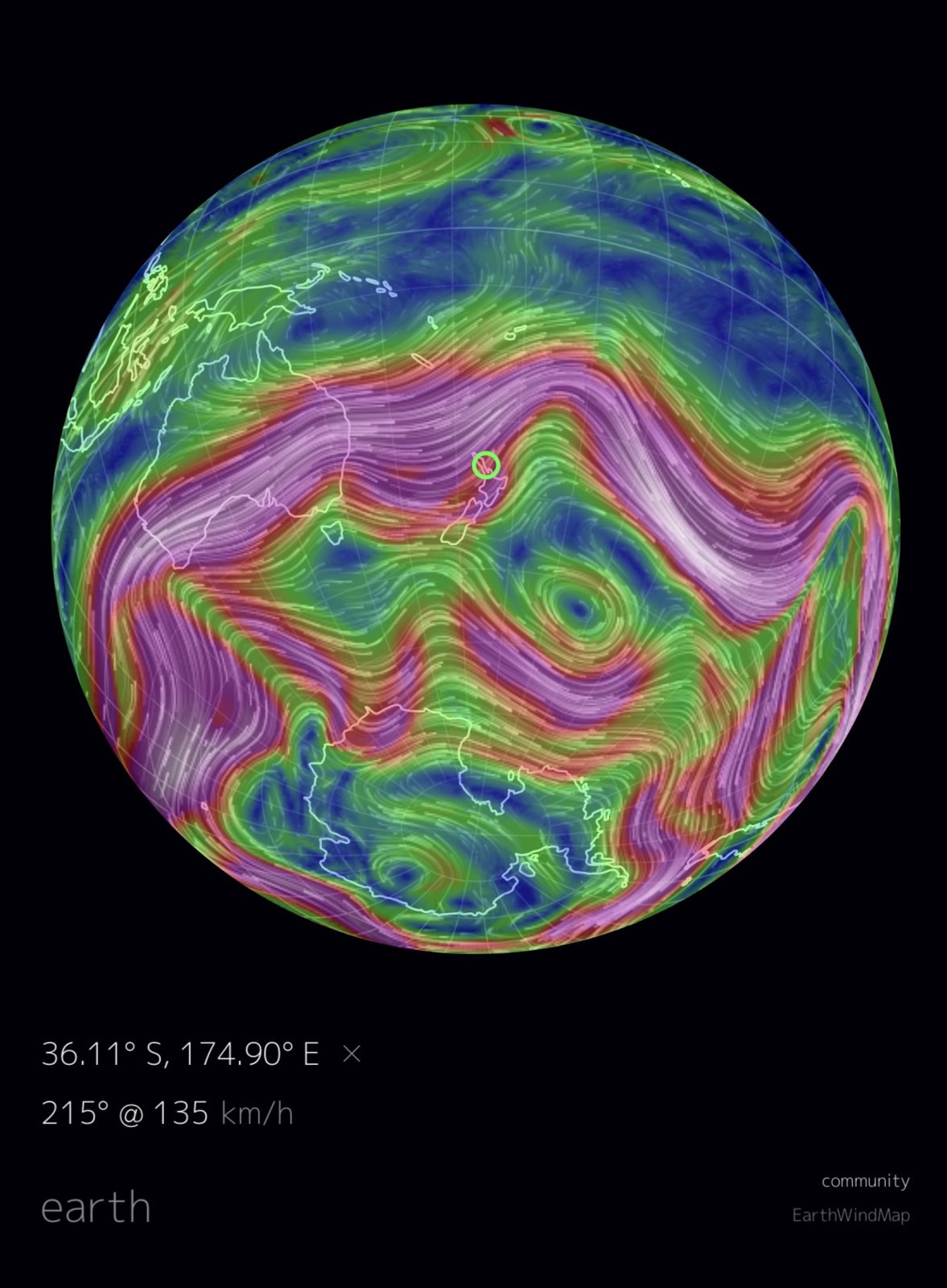 Mick West said:
Viewed from the side there's a change in climb rate (so this might actually be an increased rate of climb, rather than level then climbing as I put in my first graphic)
Click to expand...

This time of year there is a strong jetstream blowing from the west present as a semi-permanent feature over NZ and Australia.

As the aircraft climbs into it it experiences a massive increase in headwind. The only way to control the airspeed increase is to raise the nose which causes a large albeit temporary increase in the climb rate until equilibrium is restored.

The Earth Website shows a 135kmh Jetstream at 35000 feet at the time. This is probably the cause of the increased climb rate.

TWCobra said:
The Earth Website shows a 135kmh Jetstream at 35000 feet at the time. This is probably the cause of the increased climb rate.
Click to expand...

That seems pretty much exactly what happened. Around that point the plane was passing through 35,000ft. 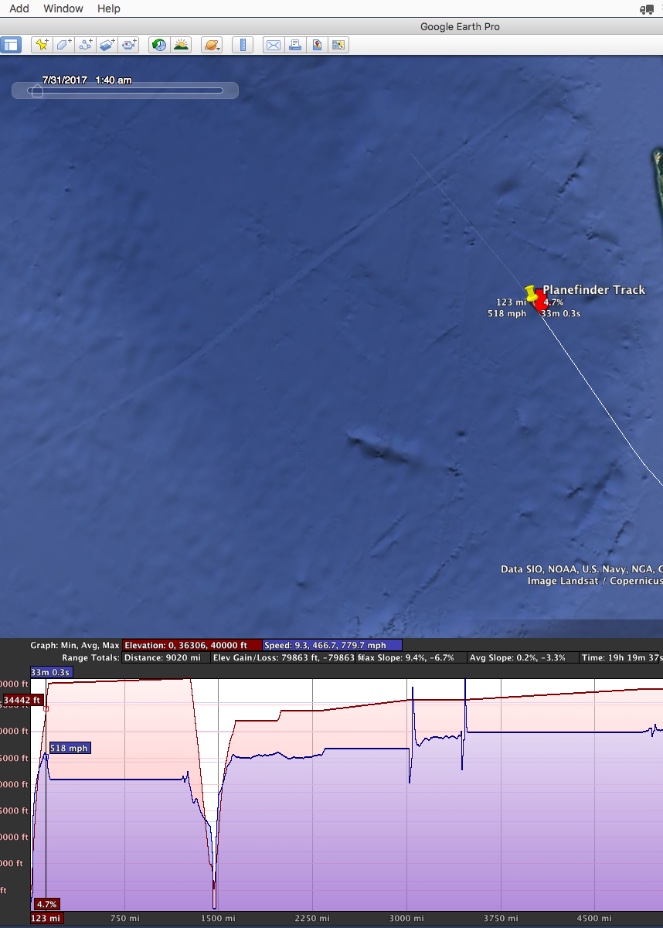