MrOctober77 said:
On Fetzer's show he has some photos that he claims were from the morning of the 14th, with Wayne Carver and men in blue suits "preparing" for the event.

The photos start at about the 28 minute mark.


Photo at 28 minute mark added to post by @deirdre: 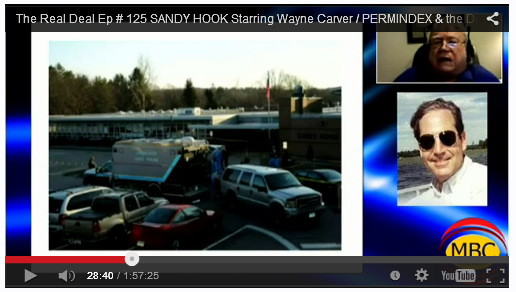 MrOctober77 said:
Wayne Carver and men in blue suits "preparing" for the event.
Click to expand...

what's to prepare? the name of Fetzers book is "Noone died at Sandy Hook". so your premise is, they put up the crime scene tape, got porta potties, pulled in a bunch of big trucks... and then took it all down an hour before the invisible crime started? Why? According to Fetzer there was nothing to prepare.

besides the sun is setting. I dont know if the police photographer took still shots (theres thousands of photos- feel free to go through them yourself to pinpoint Fetzers exact snaps) but he did take video... take a look at it. Fetzer's photos are in the evening, not the morning (as Fetzer well knows.. i imagine a PHd professer probably knows which side of the earth the sun sets on) 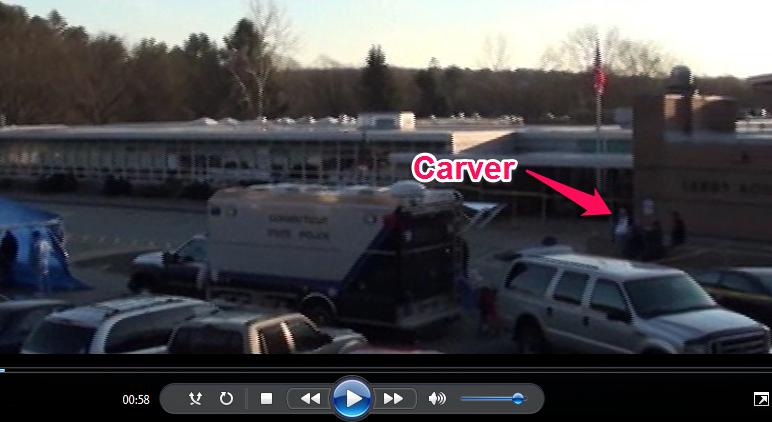 Police video link: http://cspsandyhookreport.ct.gov/
scroll down till you see:

click on it and watch for ONE minute. You'll see the guys in blue etc right from the beginning of filming 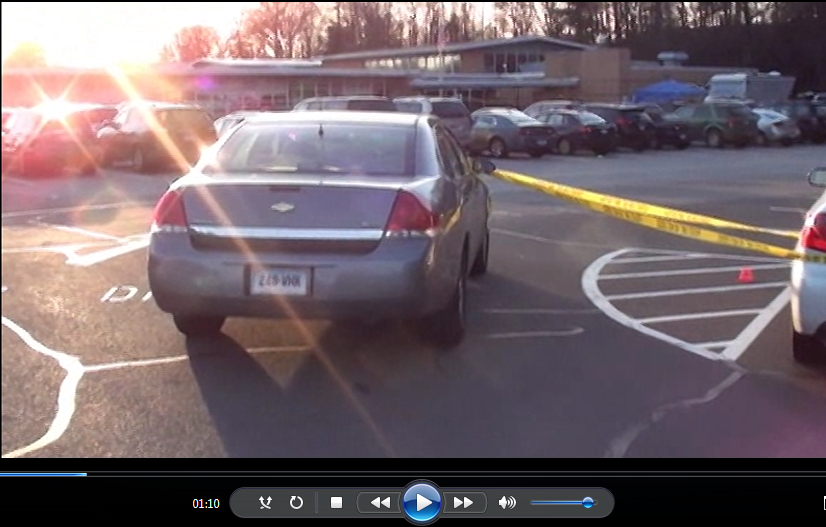 To see the orientation of the school you probably need to use Google Earth and choose teh little "time" icon up top to see "old shots" as the school has been torn down. I dont know if you can backdate on Google Maps, but you can on google earth. The red circle is round about where the photographer is standing in the beginning of filming. 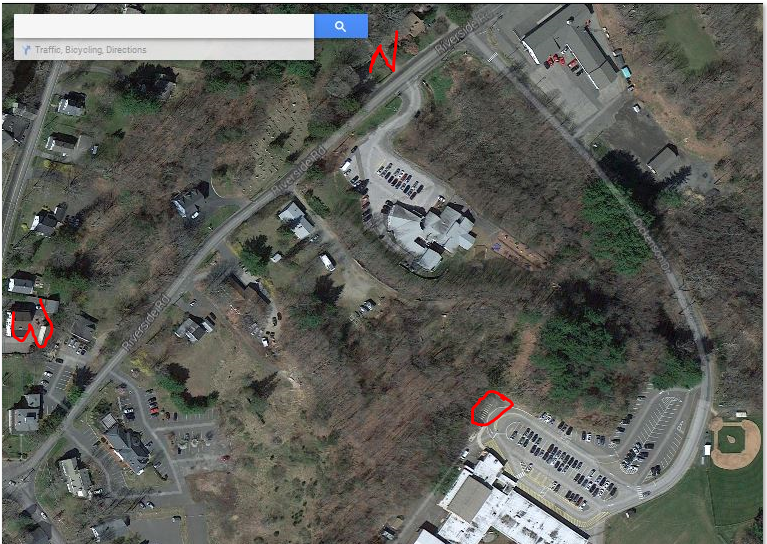 Some of Fetzer's followers have now admitted the photos were from sunset, so of course they now claim the photos are from the evening of the 13th.

The classroom windows look shot out to me. Don't know if higher quality pictures exist to show better detail of the windows.

MrOctober77 said:
Some of Fetzer's followers have now admitted the photos were from sunset, so of course they now claim the photos are from the evening of the 13th.

The classroom windows look shot out to me. Don't know if higher quality pictures exist to show better detail of the windows.
Click to expand...

i doubt you could see it from that distance and angle anyway. it was just this one window section.

either way, he would have to provide real evidence the photo was taken the night prior. and why would they take a photo of them 'setting up a crime scene'? there are houses nearby, people would have noticed. and as you see from my video link above thre are porta potties, crimes scene tape up. None of that was there in the morning when the news helicopters started filming at approx. 10:54 am. Why put up crime tape and evidence markers just to have to take them down and then put them back up the following night for the news helicopters. makes zero sense. Besides, he cant chagne his claim now... he published it in a book. 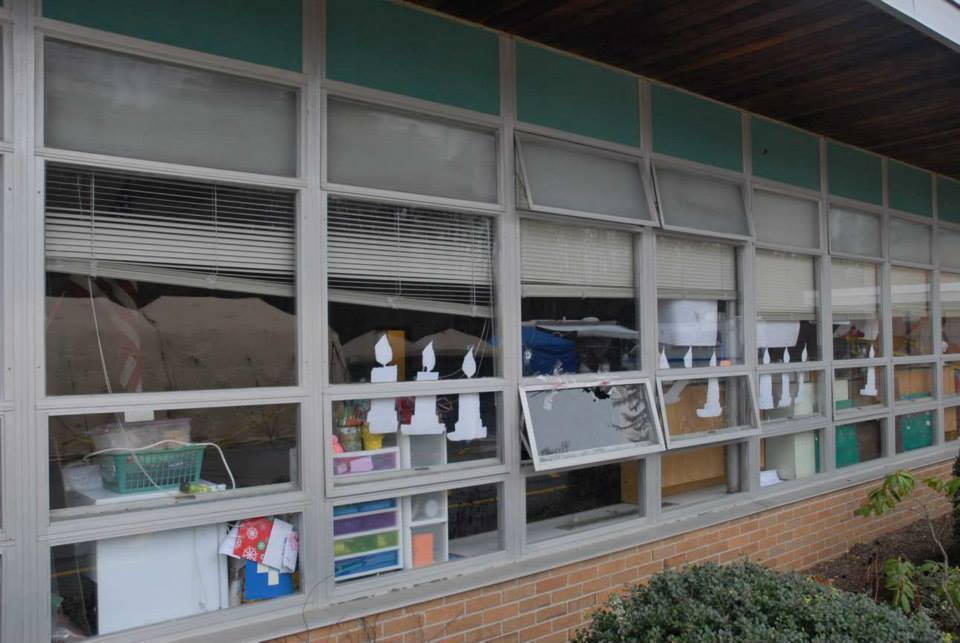 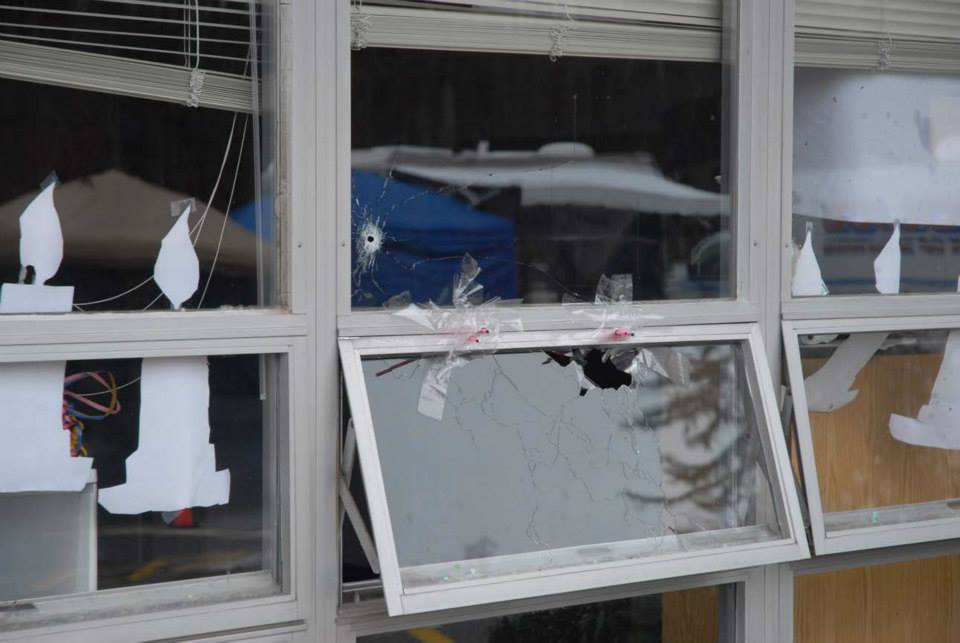 yea i dont see fetzers exact pic anywhere. he must have screen grabbed it from the video i linked above. there are some photos very close to his though starting at like #126 in the file i have highlighted below. (you cant see squat really, its too far away) .there are also a ton of photos of the windows in "Farr-scene photos" around #107-like 120 something... but those were taken a different day as they had removed the candles and marked the holes in the aluminum. 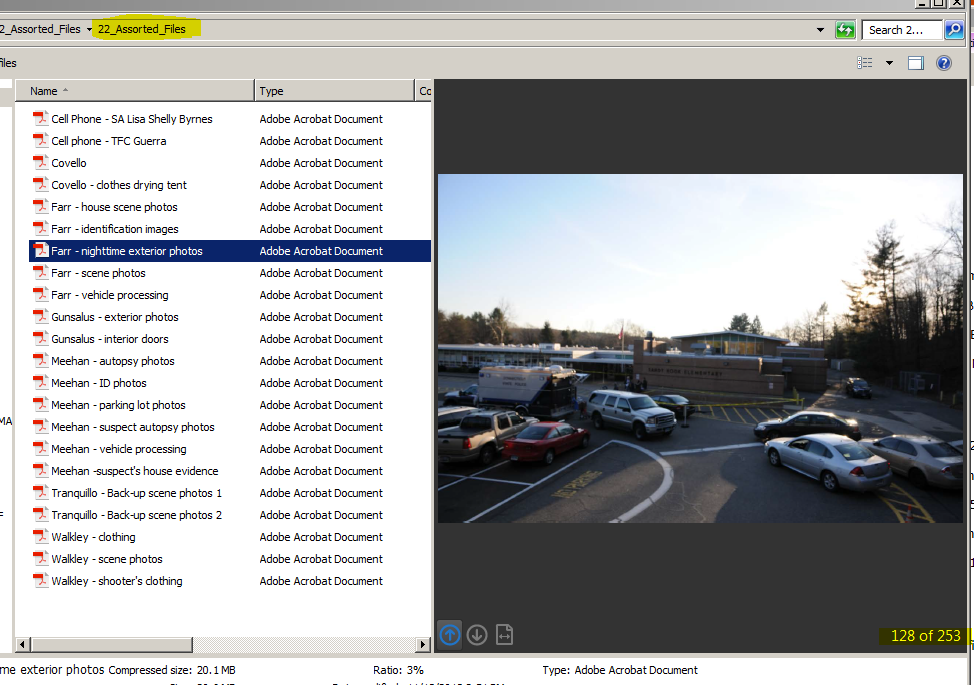 some photos from Julio Cortez (AP New Jersey).. hopefully he doesnt mind me using his pics to debunk hoaxers.

Taken slightly earlier than Fetzer's pic, but details line up perfectly. including the angles of the crime scene tape across the front door. Taken Dec 14th, 2012 the day of the shooting. 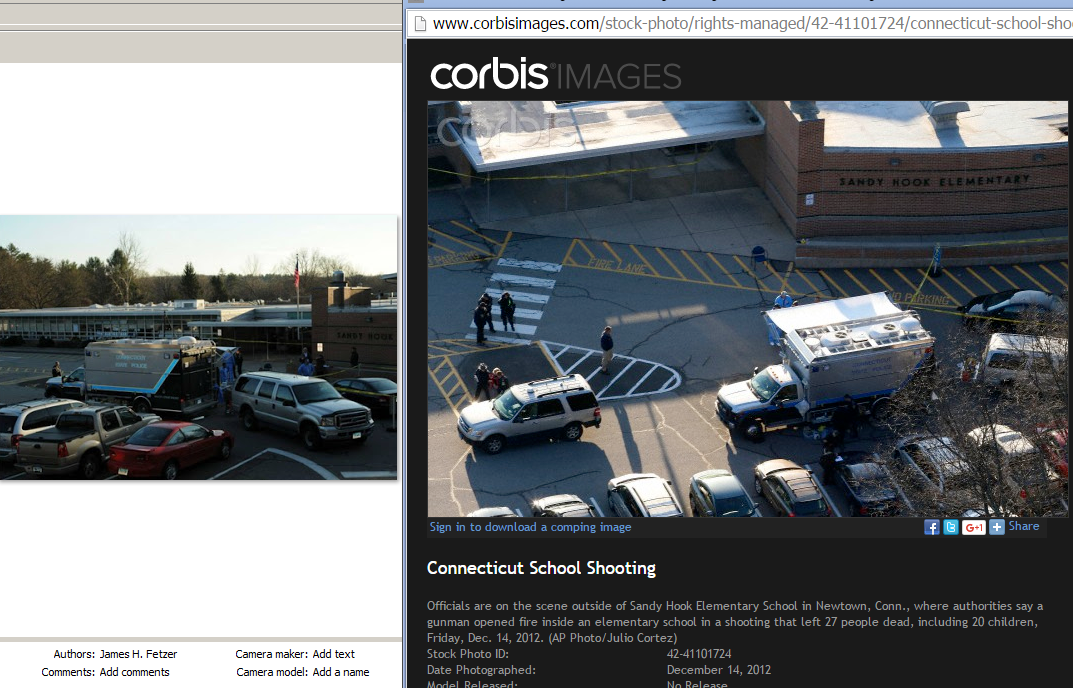 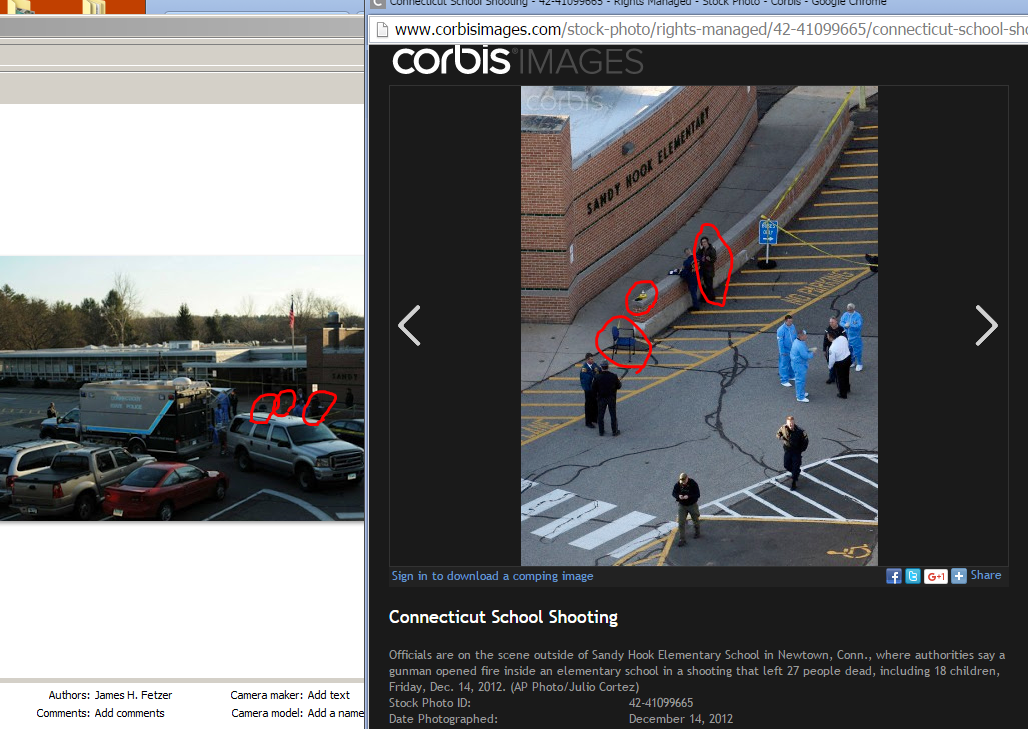