Staff member
A claim is circulating that the 2017 French presidential election was "stolen" by means of ballot papers for the Marine Le Pen, mailed out to voters, being damaged and therefore invalidated: 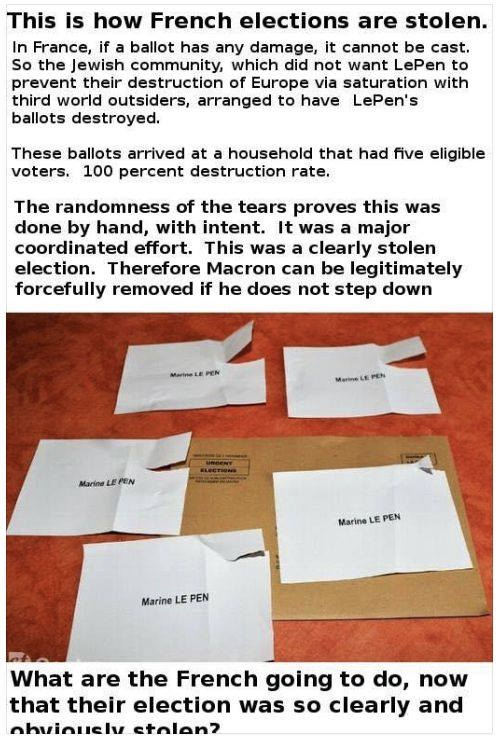 In reality, while it is true that the Front National (Le Pen's party) has complained about materials being damaged in the post, such damage does not invalidate anybody's vote.

The damaged papers pictured above are from information packets mailed out to voters in the run-up to the election. These packets contain manifestos and facsimile ballot papers.

As reported by Reuters:

Such packages are sent to all French voters in the run-up to elections, detailing party manifestos and containing mock-up ballot papers for each candidate marked with their names.

When people actually go to vote in the French elections, they collect a ballot printed with each candidate's name at the polling station. They are placed on tables and each voter can pick up as many replacements as they like: 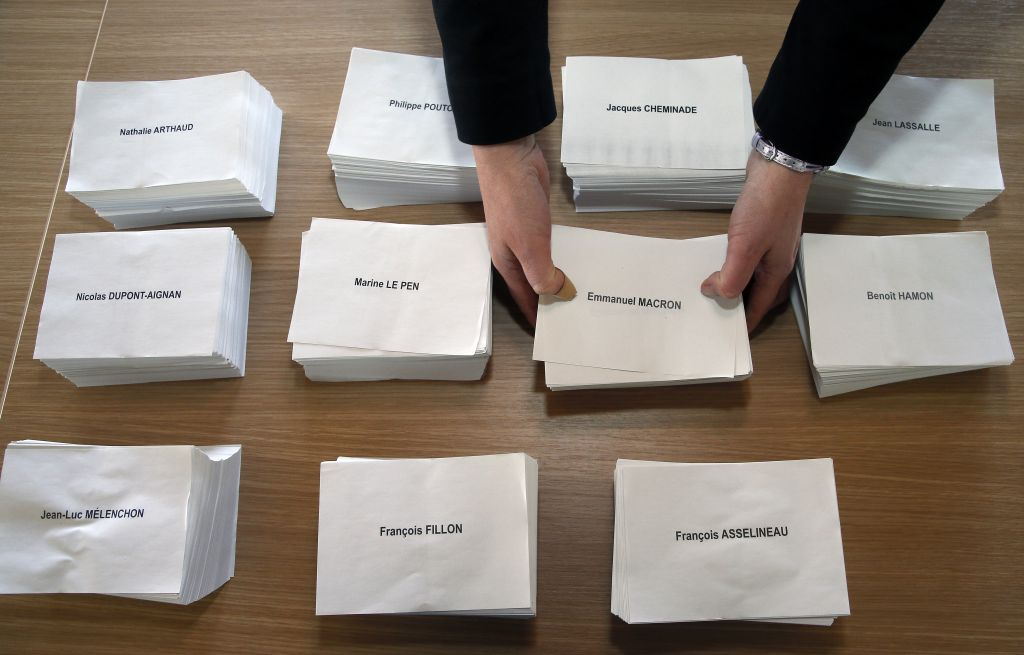 Another picture of the ballots on the table at a polling station here: 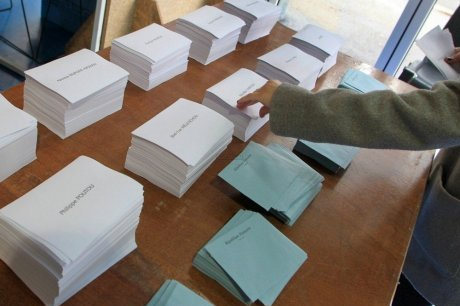 Each voter also gets one official envelope (the green ones which can be seen on the table above next to the piles of ballots). The voter then takes their ballots and the envelope into a booth or curtained-off area, and places one ballot paper into their envelope, in secret. They then place the envelope into the ballot box, witnessed by an official, who ensures that only one envelope per voter is placed into the box. (Obviously, any envelopes containing multiple ballots will not be counted.)


There is nothing special about the ballots - they are just pieces of paper with the names of the candidates on them. The voting process ensures that each candidate's ballots are available to each voter at the time of voting, so there is no truth to the rumours of sabotage leading to invalid votes.

Likewise, there are claims that multiple ballots were sent out for Macron:


Again, placing more than one ballot in a voting envelope would not result in a double vote, and people are given ballots for all candidates at the time of voting.
Last edited: May 13, 2017

So [according to this conspiracy theory] it was the Jews that did it and not that Le Pen couldn't help defending Vichy France on the campaign trail.

I wonder what the person pushing this makes of Le Pen's (superficial) support of Israel?
You must log in or register to reply here.