This photo dates back to July 31, 1993 when I was photographing the moon through my telescope. The time was after midnight, EDT, the place was Sperry Observatory, Union County College, Cranford, NJ, latitude 40 degrees 40 minutes north and longitude 74 degrees 19.3 minutes west. I used a Celestron C102 refracting telescope, a Yashica FX-3 camera, and a 2X teleconverter. The exposure was 1/500 second on Kodak ISO 1600 Gold color print film, at F/19.6 with a focal length of 2000 mm. First I took a test exposure just after the moon had passed its culmination point in the south. Then I noticed a small red light traveling from my left (east) to my right (west). I soon realized that this aircraft was going to pass right in front of the moon, thereby making a very interesting subject for my camera. Soon after it passed over the left limb of the moon, I pushed in my camera's cable release button.

The finished 4x6 prints showed a dark spot over the Sinus Iridum region of the moon. This dark spot needed further investigation, so I had 5x7, 8x10, and 16x20 enlargements made from this negative. In February 1994 I obtained the moon's position and size data from the popular astronomical software known as "TheSky". Mr. Bill Hamilton of Nutley Camera further enlarged my 16x20 print to obtain blowups of the Sinus Iridum region with and without the aircraft silhouette. The first blowup shows a shape which suggests a fuselage, wings, maybe some winglets, and a vertical stabilizer. The lack of any substantial motion-induced blurring would seem to indicate that the craft was traveling at subsonic speeds. The second blowup, taken only a few minutes later, shows the crater Bianchini to be brightly lit. Therefore the first blowup shows that the aircraft has a tail which nearly covers the entire crater. From nose to tail the aircraft measures about 1.5 inches on the blowup. On the 16x20 inch enlargement it covers about 0.35 inches on a 12.35 inch diameter lunar disk. I also compared a a measured distance on the 16x20 with a corresponding one on the blowup. The blowup shows 4.1 inches between crater Sharp and Cape Laplace, whereas the 16x20 print has only 0.95 inches between these two points. 0.95"/4.1" = X/1.5" = 0.34756 inches, or approximately 0.35 inches. By the law of proportions my blowup is magnified 4.32 times. These measurements are uncertain to at least one part in 19, .05 in/.95 in., or 5%.

The relative distance for 52.26 arcsec or other small object is 1/(sine of the angle in degrees)

Since the aircraft's altitude is about 25.25 degrees, with little uncertainty, I multiplied the sine of this angle by the relative distance (3947 used for this calculation) in order to find a relative altitude. The earth's curvature is small enough to be ignored.

At this point in my investigation, May, 1996, I called Mr. Clyde W. Tombaugh, the 1930 discoverer of the planet Pluto, from a pay phone at my place of employment. After World War II he devised a telephoto system to photograph missiles as they were destroying unmanned target aircraft high above the New Mexico deserts. In order to continue my investigation into the identity of this aircraft, he referred me to Mr. Jim Eckles, Public Affairs Specialist at the U.S. Army White Sands Missile Range in New Mexico. When I mentioned a 1670 relative altitude figure, Mr. Tombaugh said it "sounds like a rocket to me." I soon sent 16x20 inch copies of this photo and its blowups to Mr. Tombaugh and Mr. Eckles, both of whom were unable to help me. Mr. Tombaugh was 90 years old at the time and he passed away in February 1997.

Mr. Eckles, on the other hand, stated in his response that he was "sorry to say no one at White Sands has the time to delve into your material. I would suggest you try a local university astronomy department."

Two years later, in the August 1998 issue of Sky and Telescope Magazine, a memorable article featured the spectacular high resolution video astronomy and satellite imaging of Ron Dantowitz. His email correspondence with me argued against the case for my image to be showing a secret or experimental test aircraft. Its bright red light, shining over a populated area under an almost full moon, almost certainly belonged to a regular military aircraft. Furthermore, the "noise", grain, and blurriness of my image make it impossible, in his opinion, to positively identify the aircraft you are seeing. He did wonder if I had possibly photographed an F-18 Hornet, length 56 feet, and then suggested that I post my images electronically in the form of a website.

If I photographed the moon before 12:30 AM, then the altitude of the moon was higher, making this sighting even more mysterious. Are military air traffic records available? Can they be queried?

It's probably unknowable, but the general stubbiness of the blob puts me in mind of the A-4 Skyhawk, which is about 40 feet long: 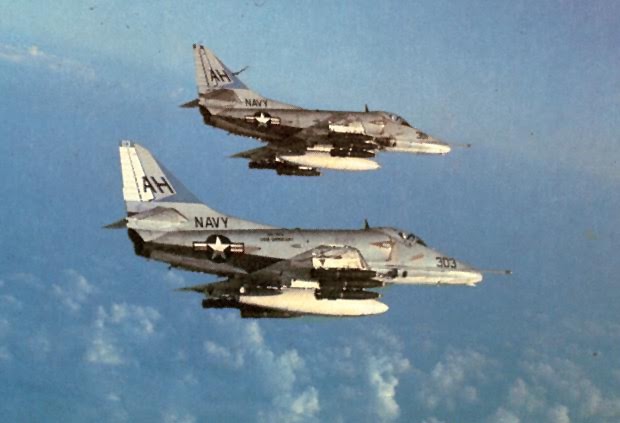 It apparently remained in service with the US Air Force as an adversary aircraft until at least 1993. The service ceiling is around 40kft.
S

Ashley Pomeroy, thanks for that identification. (!) I'd like to see some more distant views of these planes while they are banking away from a perpendicular flight path and toward the observer.
S

I'm buying a diecast model of the A-4 Skyhawk and no longer need any 3D computer graphics.
S

The diecast model A-4 Skyhawk has wings which are too far from the tail to match my image. But the tail and fuselage seem to match. What other small US military jets were flying in 1993?
E

I was thinking that it might be a jet trainer? My first thought was the T-38 Talon but it seems too elongated to be a good fit but maybe it's one of the stubbier ones, like the BAE Hawk (or more likely, its US counterpart, the T-45 Goshawk) or the T-2 Buckeye.

My immediate reaction to the image was this: 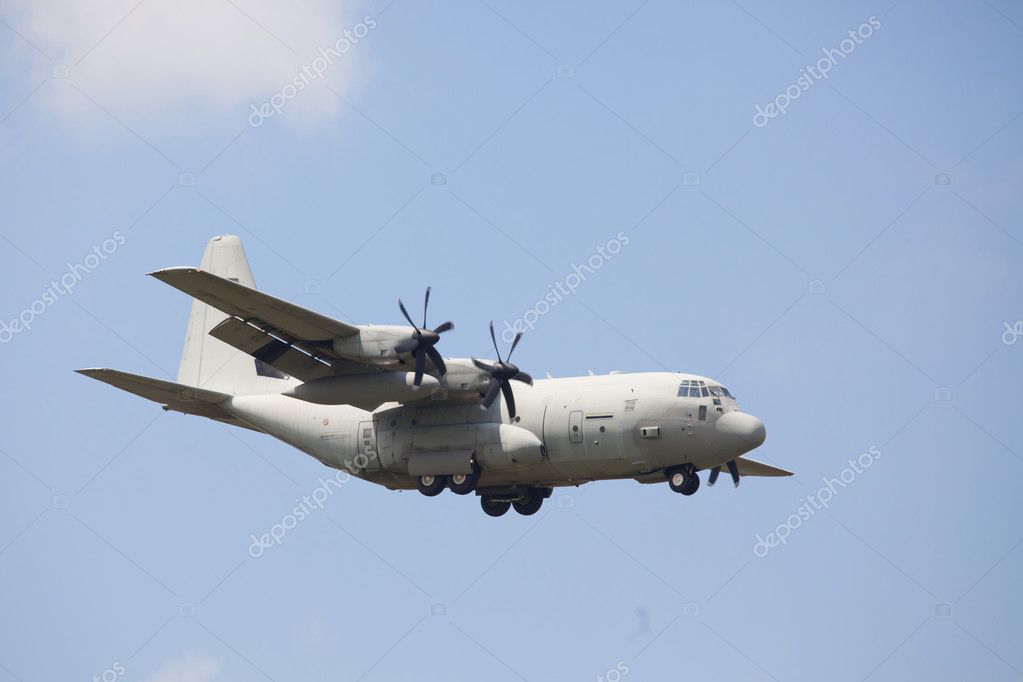 FWIW (Edited a couple of times to find an image that better matches what I think I am seeing...Still not quite right, but I think it makes the resemblance clear enough for discussion)
Last edited: Jul 17, 2021
You must log in or register to reply here.

A
Needs debunking: High altitude flight video with no curvature