Claim: Genomic analysis of SARS-CoV-2 shows that it already existed in other countries such as France, India, Netherlands, England and United States

The study is published in a pretty non-reputable journal which specialises in Mathematics, I'm not sure how accurate this is. Help would be greatly appreciated.

According to the rank of distances, before the outbreak at Wuhan, SARS-CoV-2 most likely has already existed in other countries such as France, India, Netherlands, England and United States. So our result shows that Wuhan is extremely unlikely to be the first place of human-to-human SARS-CoV-2 transmission.
Click to expand... 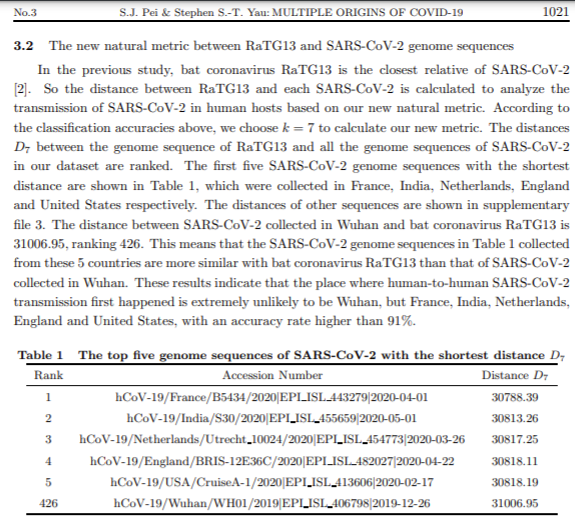 Staff member
Well the study is from Innovation Academy for Precision Measurement Science and Technology, Chinese Academy of Sciences, 2021