Zooming in on a Sunset Contrail "UFO" 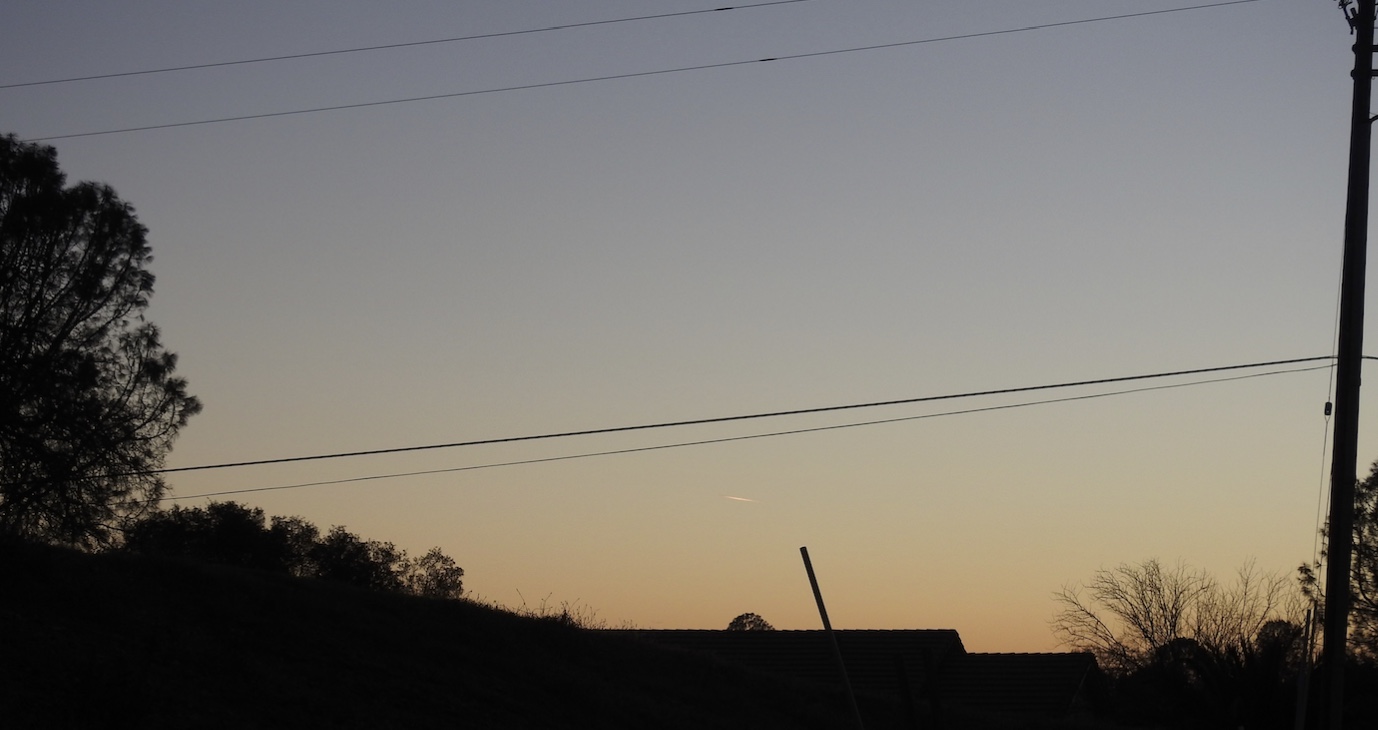 When I first saw this it was nearly horizontal, and looked, if not a flying saucer, then at least like a flying plate viewed edge on. It's a distant sunlit contrail, often mistaken for UFOs, space junk, or meteors. So I thought it would be useful to get a sequence of photos and video at different zoom levels.

The sequence of photos are all straight from the camera, except the first where I've called out the trail as it's hard to see. 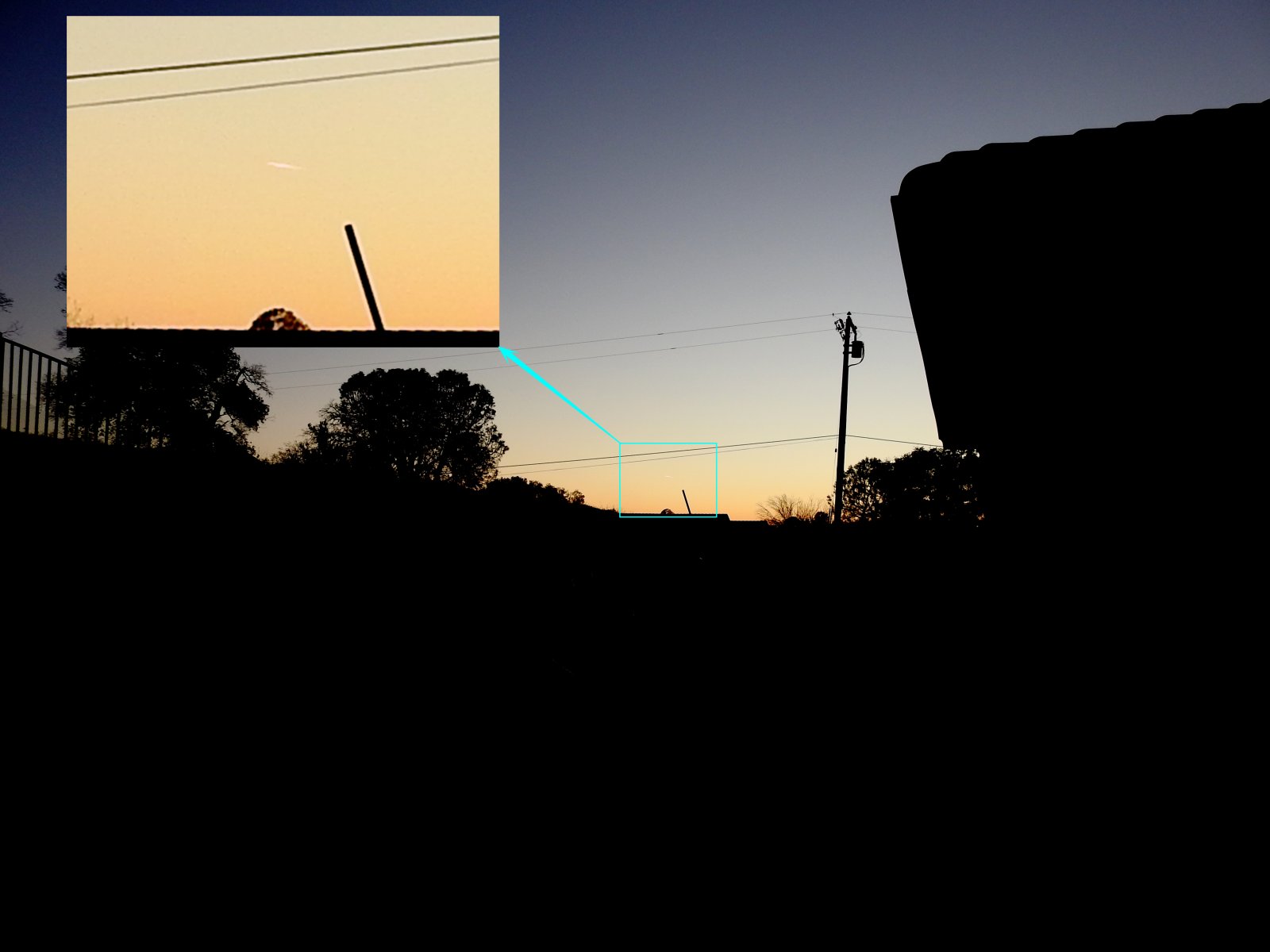 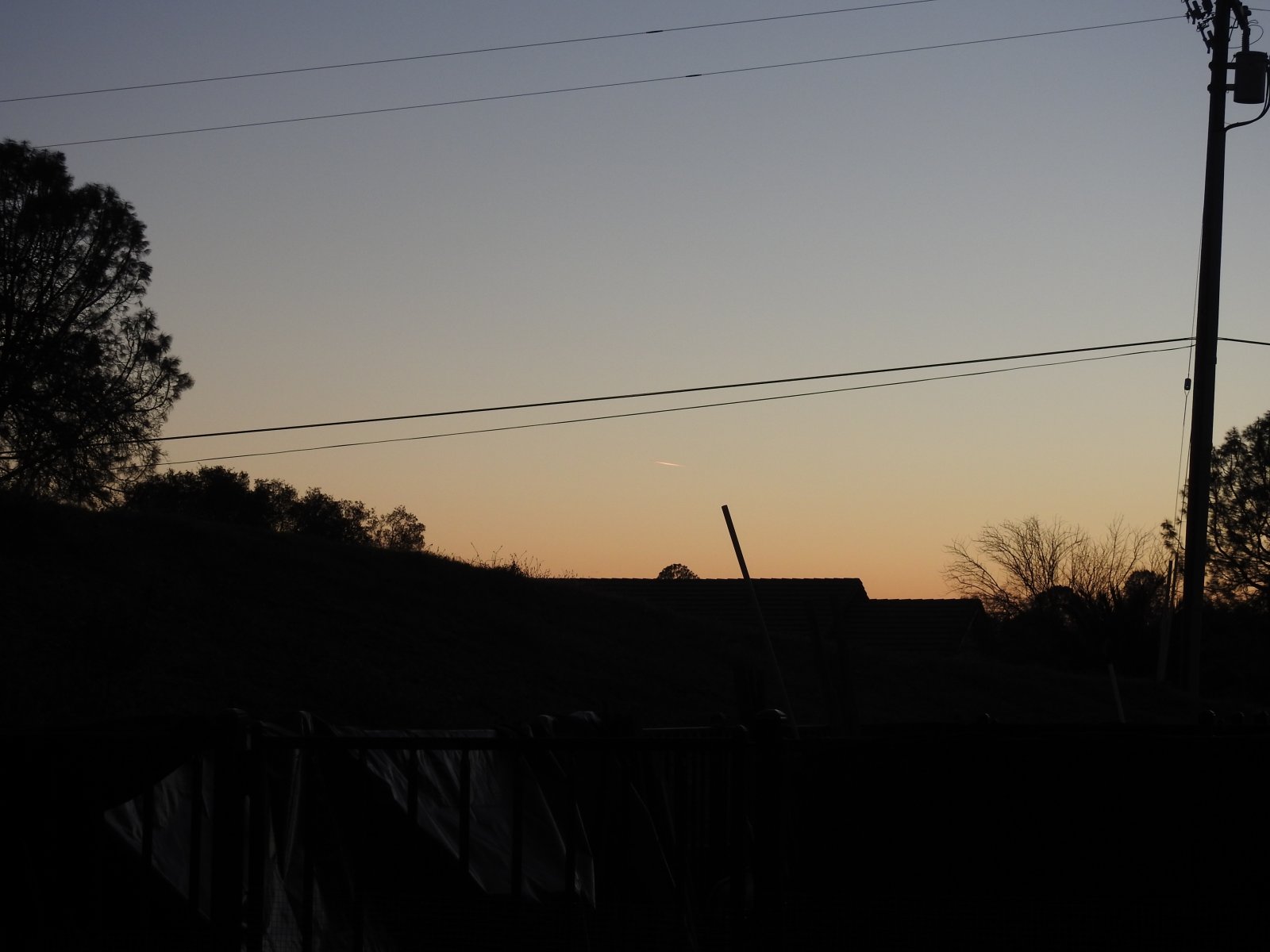 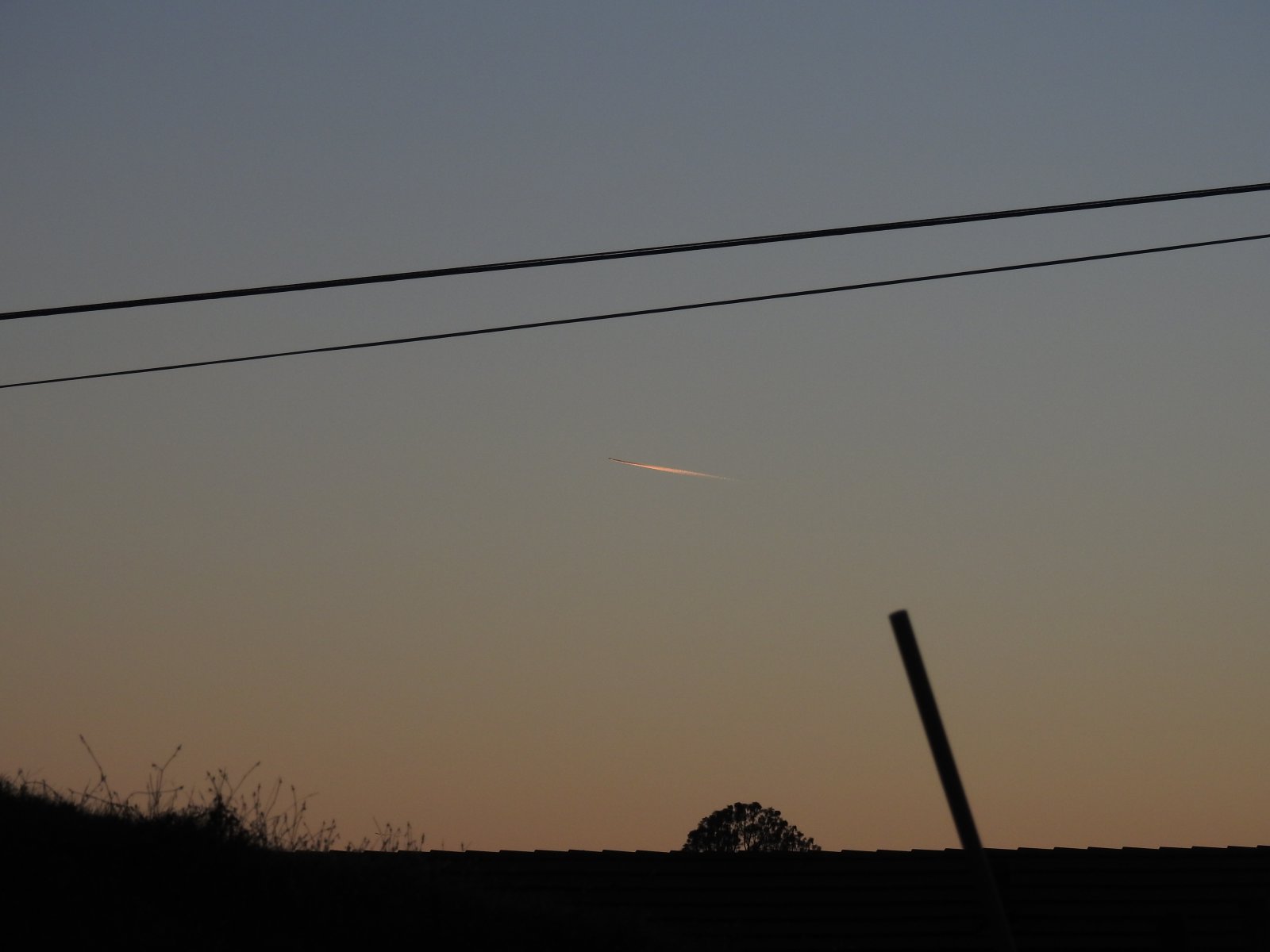 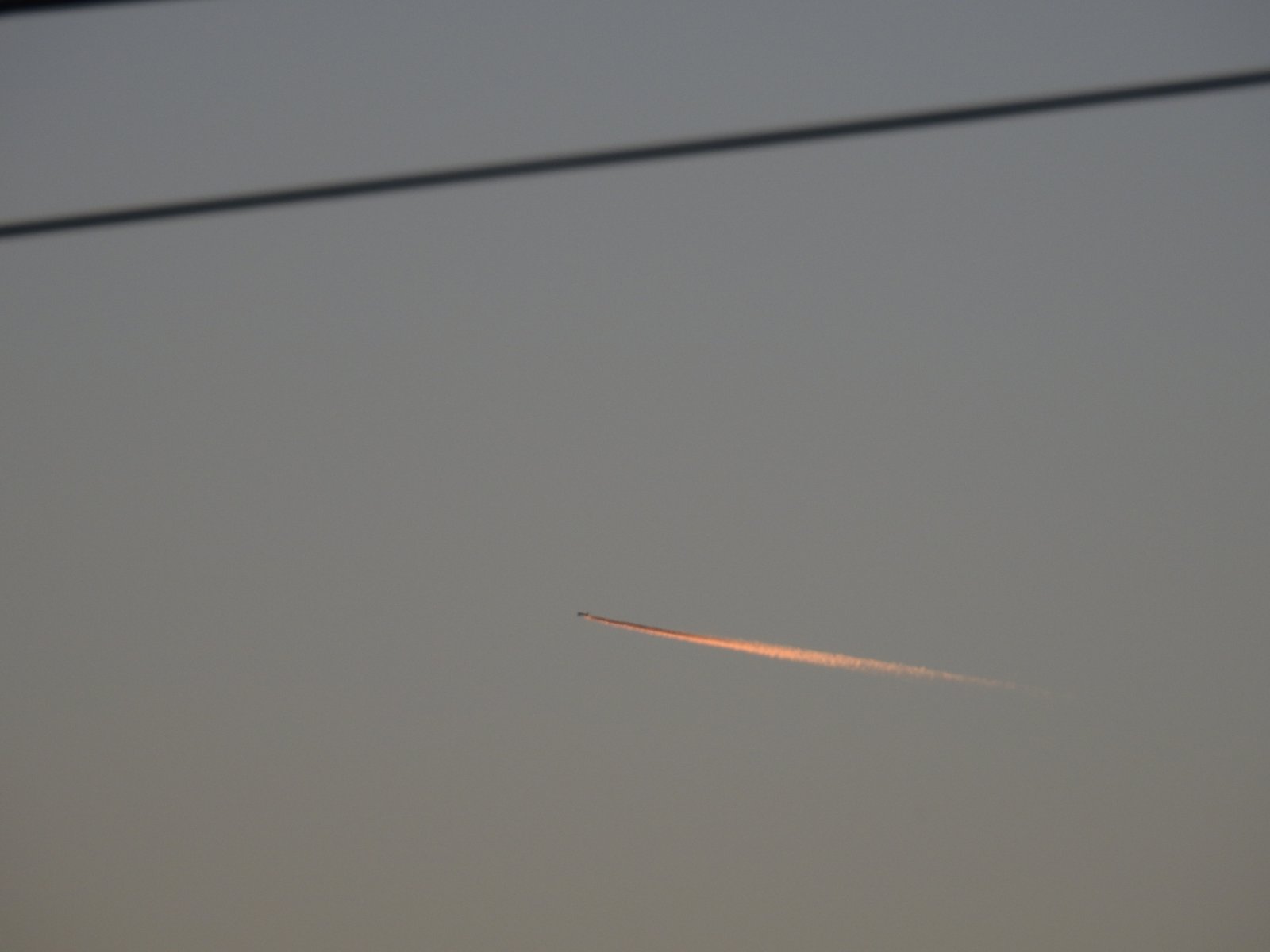 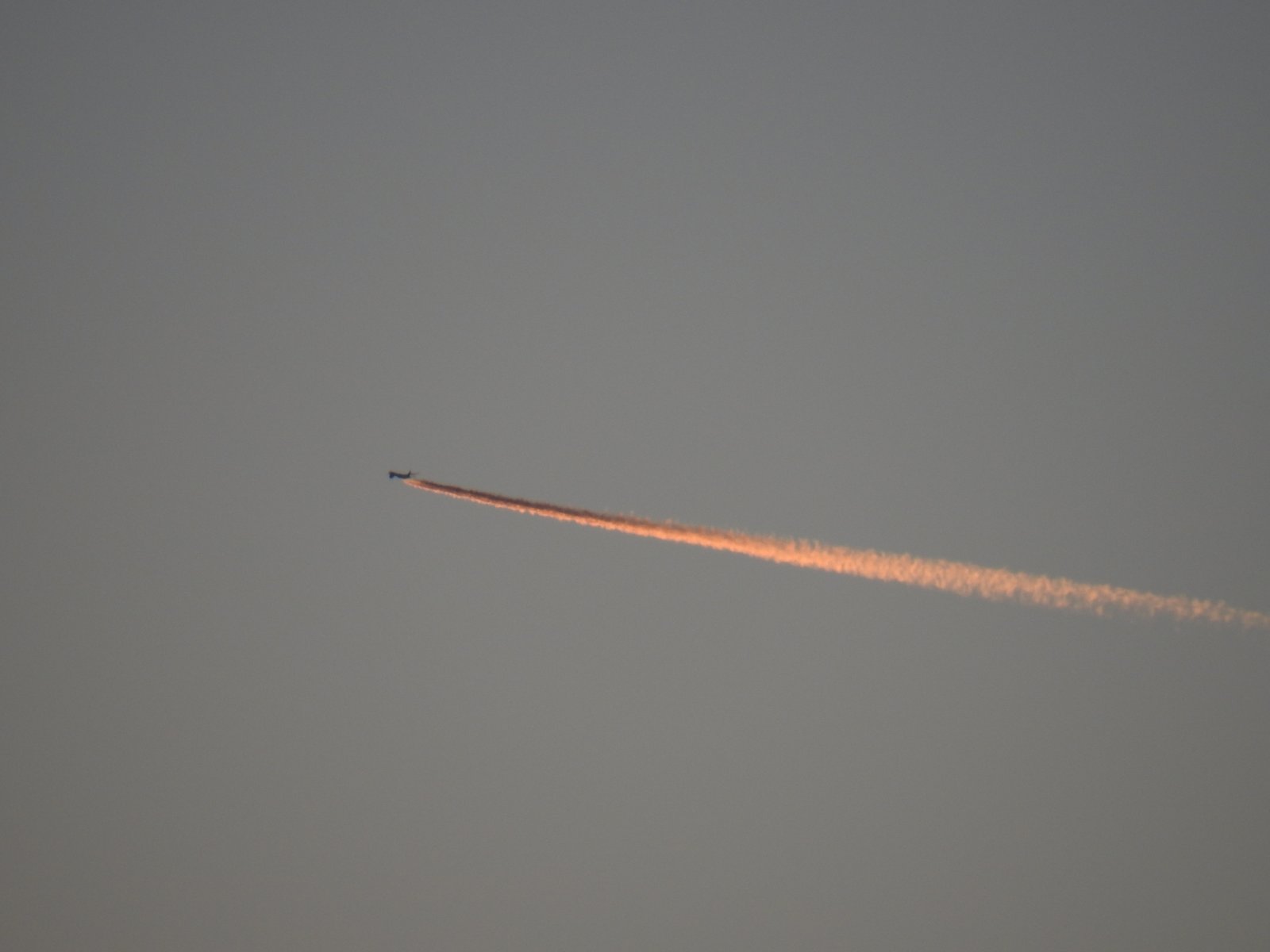 Looks like he's spraying horse manure on top and cotton candy at the bottom, and the horse manure dissolves faster than the cotton candy does. Either that, or it could be the sun shining pink light on the bottom of the contrail because the blue wavelengths have been filtered out due to sunset conditions (long way through an atmosphere that scattered blue out more than red), and the scattering of "white" (all colors/wavelengths somewhat equally) in the lower part of the mie-scattering contrail casting a shadow on the upper part. Brown and not pure grey or black because the blue was already scattered out before the white to make the lower part look pink. Could be a spaceship scattering manure and cotton candy above the atmosphere in perfect light conditions too though, to be perfectly honest, assuming someone would be motivated to do that. Even more honest, the brown looks darker than I would have expected. And everything should look exactly as I would expect it to be. "Darker" being defined as darker as the blue sky behind it. Which I cant find a reason to be darker than the shadow of a contrail right now.
Last edited: Jan 17, 2017

Mick do you have the flightradar details. I like seeing what type of jet, altitude, weather conditions etc
You must log in or register to reply here.