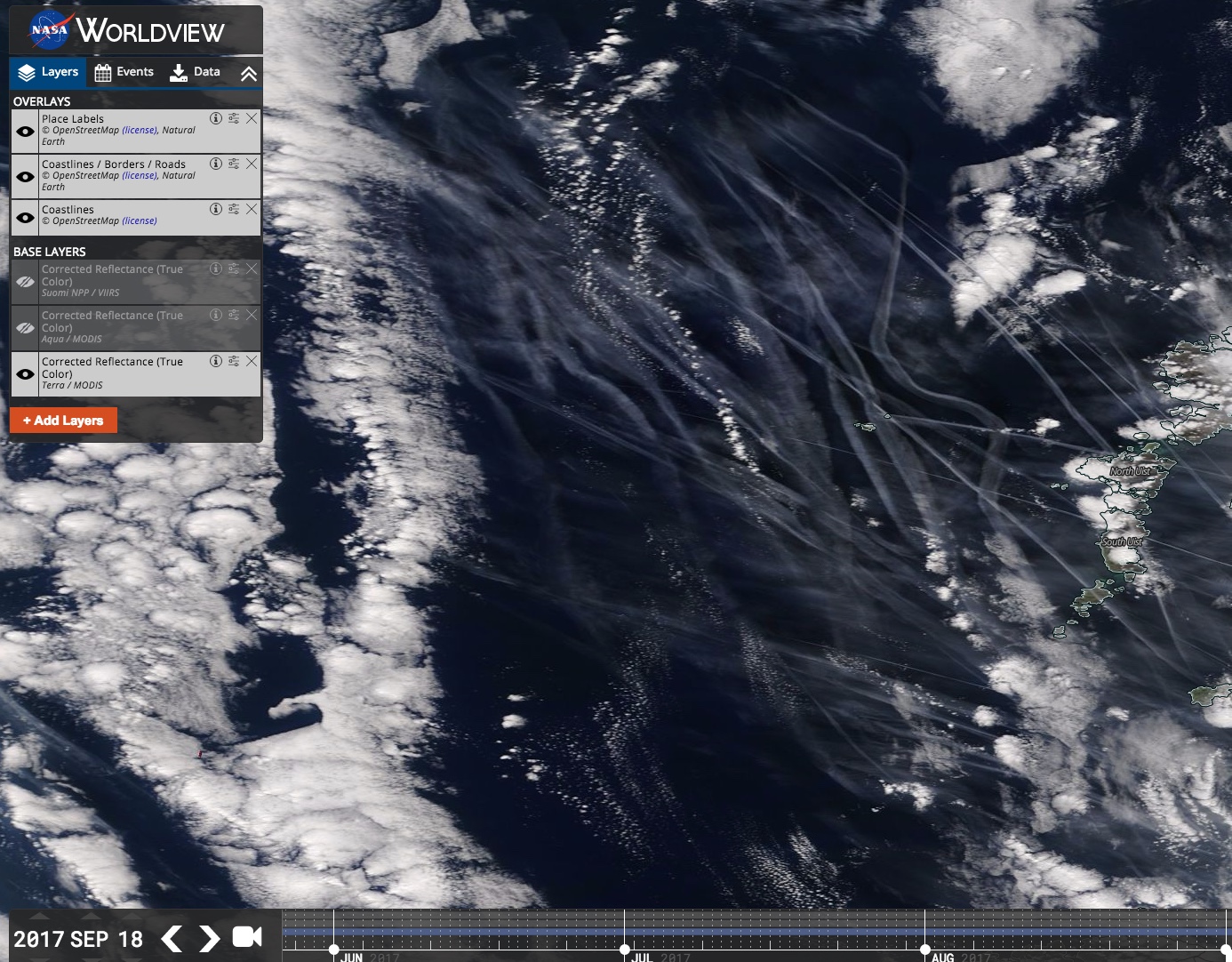 A nice bunch of transatlantic contrails. But one stands out, the zigzag one.
Sept 18,2017.

I suspect it was changing from one north atlantic track to another. You get turns like this: 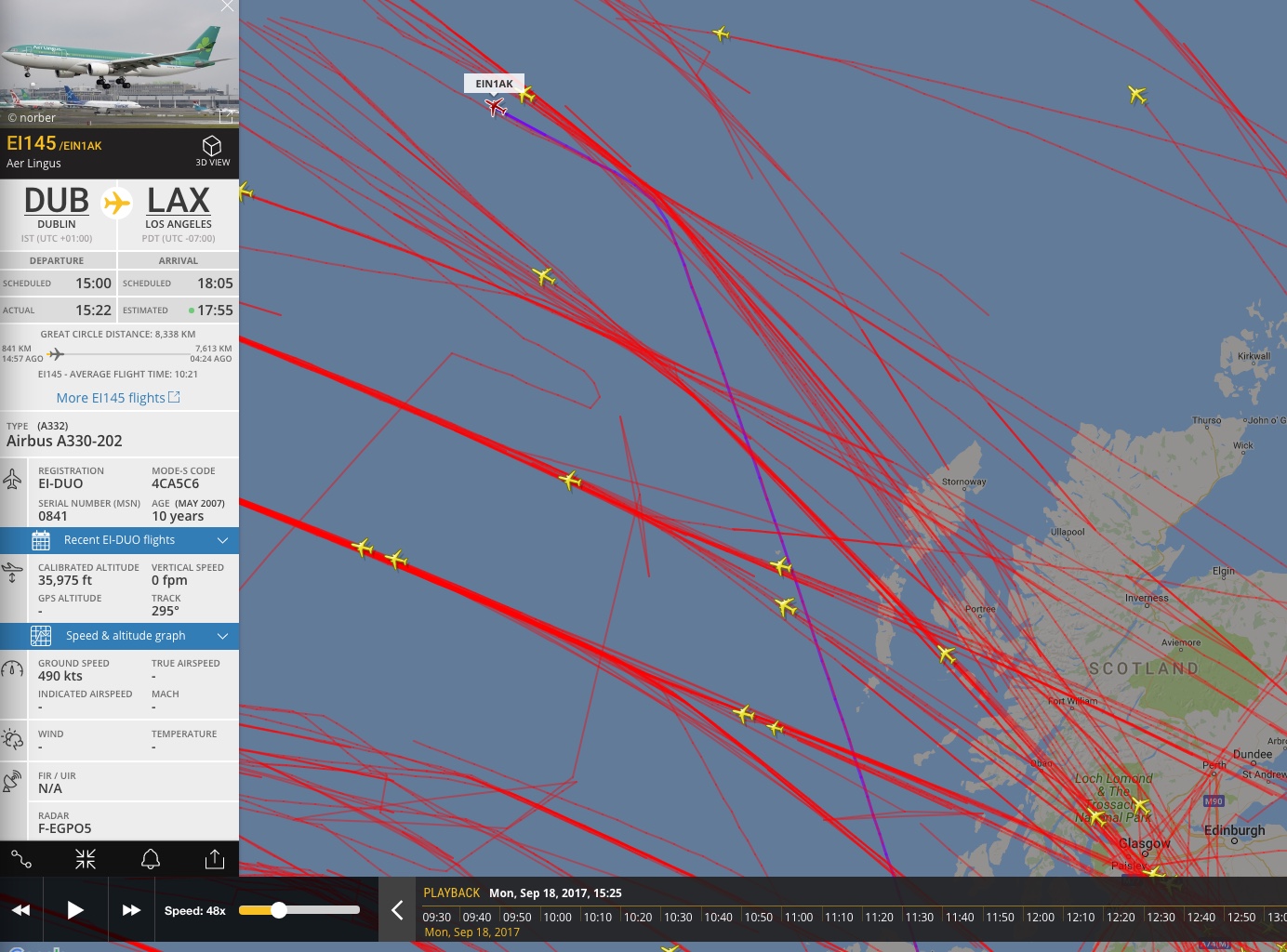 That matches the top part, but the actual plane seems to make two turns like that.

How do you figure out the Terra time?

Mick West said:
How do you figure out the Terra time?
Click to expand...

The flight in question almost certainly was Virgin Atlantic 7B LHR to LAX that passed over the area half an hour earlier: 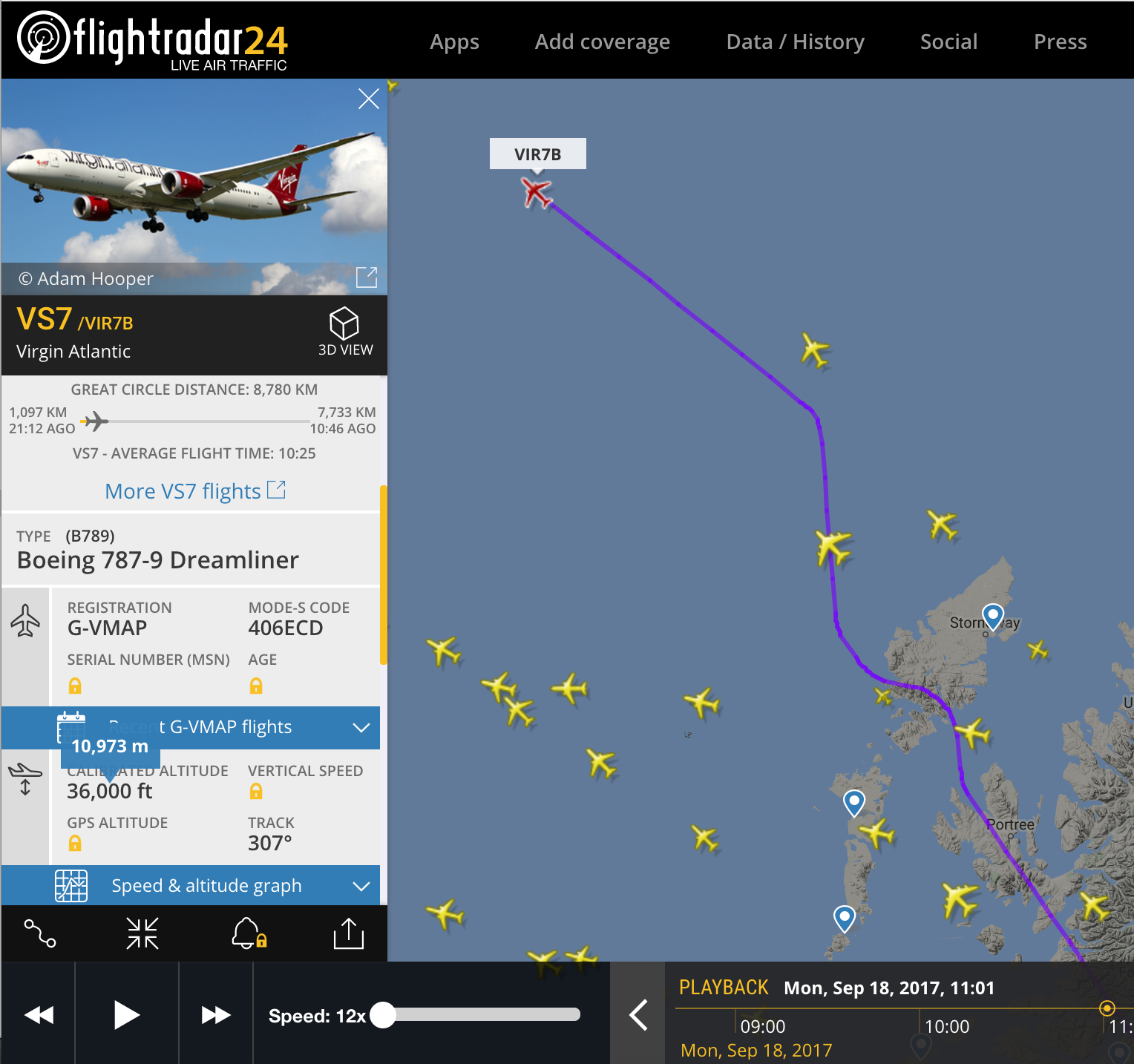 Yes, it's a match between the track and the contrail: 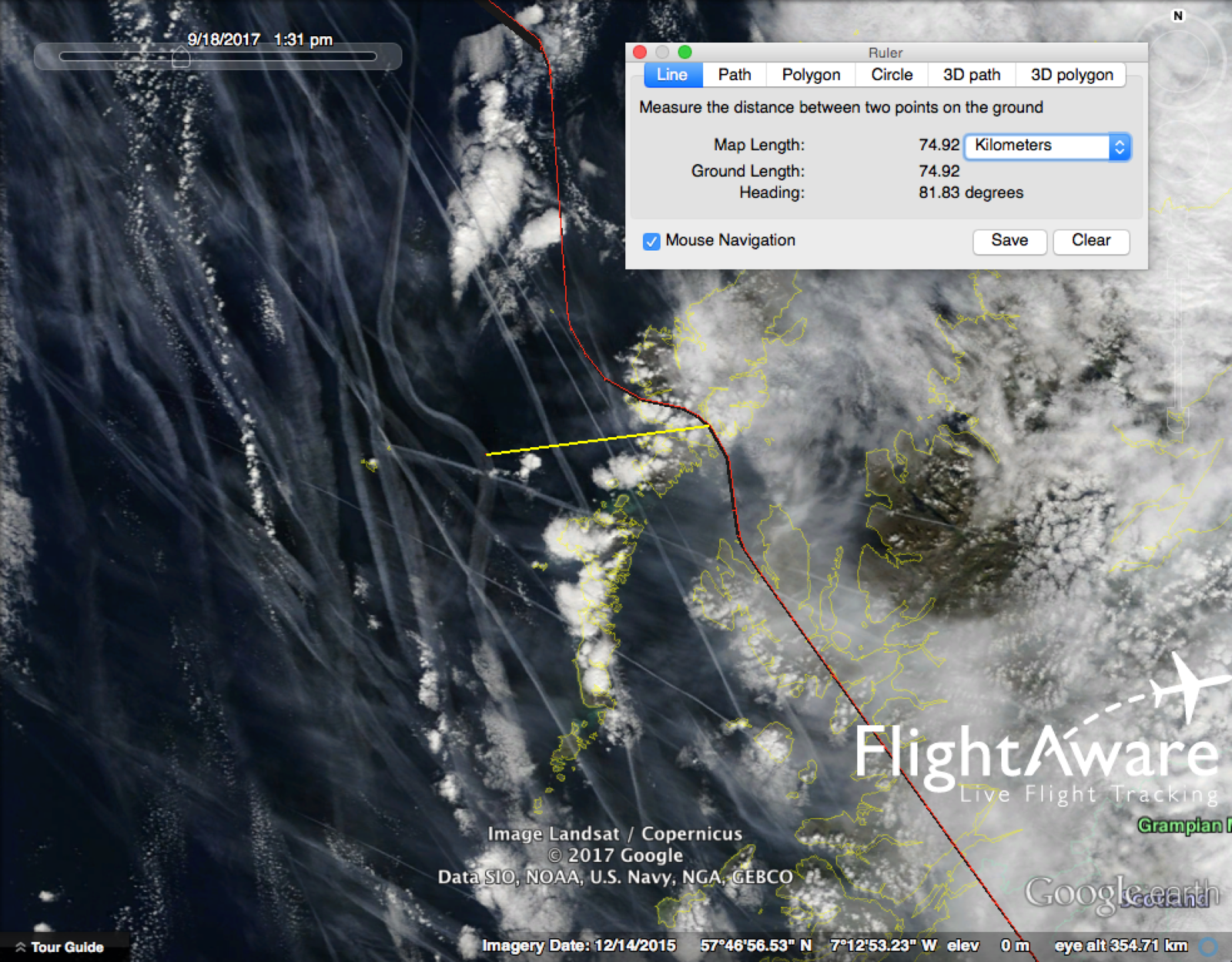 The aircraft was in the point connected by the yellow line at 10:41 UTC, some 50 minutes before the Terra image was taken. The corresponding point of the contrail is 75 km (47 miles) away downwind. Also, as the satellite was to the East of the contrail, the contrail's projection against the ground would be a few miles further West than its actual position, in a better agreement with the wind speed of 69 km/h.
Last edited: Sep 19, 2017

Staff member
It's heading for a North Atlantic track. The S-Turn could simply be to adjust its position so when it got on the track it was spaced between other planes on that track. S-Turns are a way of doing this without flying in circles or losing too much altitude.

Or perhaps he made the first turn north a bit early, got re-routed back on his original track, and then made the turn slightly later. Either way, a pretty normal move, leaving an interesting contrail. 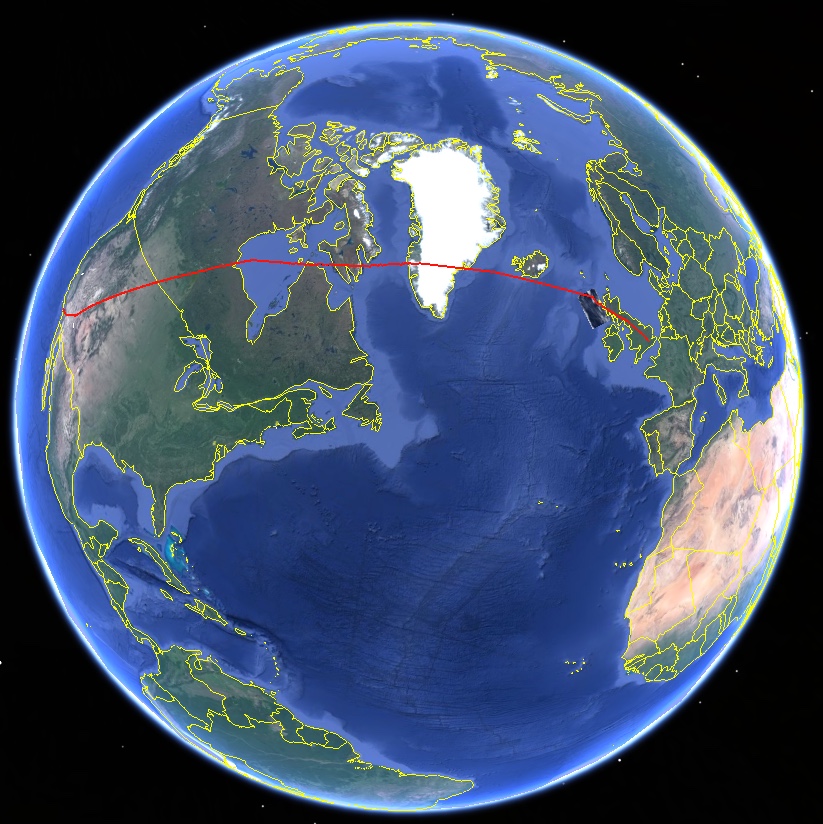 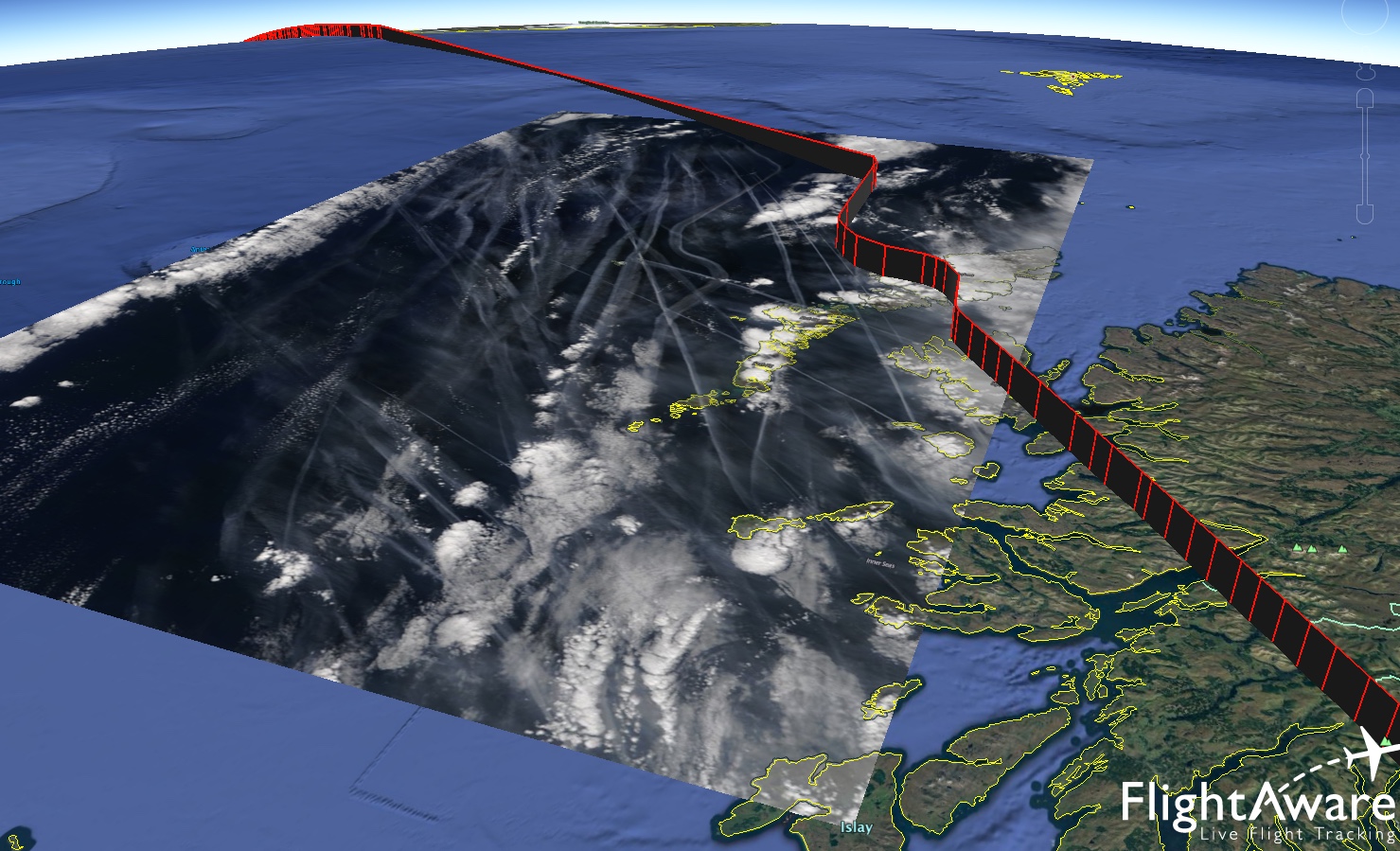 Patrick Roddie told me about it. Although he might also have been pointing at the large amount of contrails there - perhaps not being familiar with North Atlantic Tracks. These are the Sept 19 tracks, probably quite similar to Sept 18. 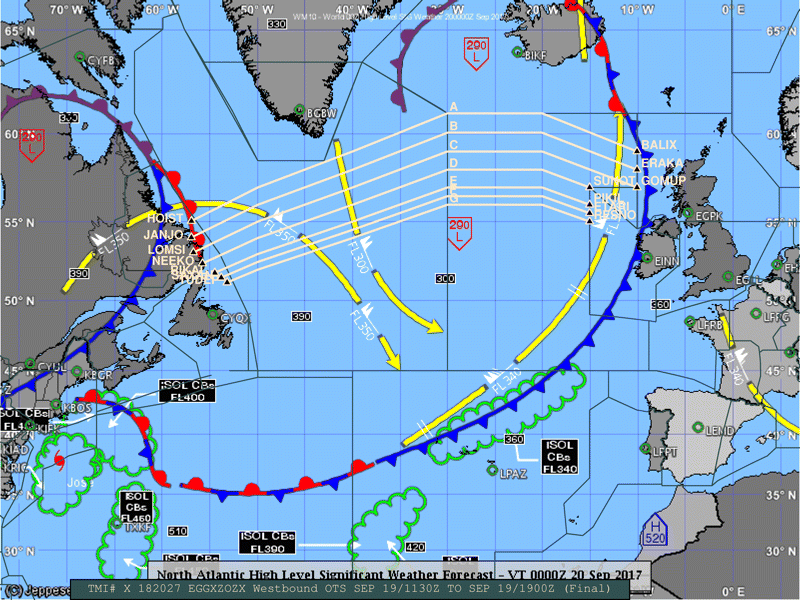 Mick West said:
It's heading for a North Atlantic track. The S-Turn could simply be to adjust its position so when it got on the track it was spaced between other planes on that track. S-Turns are a way
Click to expand...

This reminded me an older thread, where somewhat similar zigzag trails were left over California by the SFO bound planes, adjusting their positions while lining up for the arrival:
https://www.metabunk.org/posts/152765/ 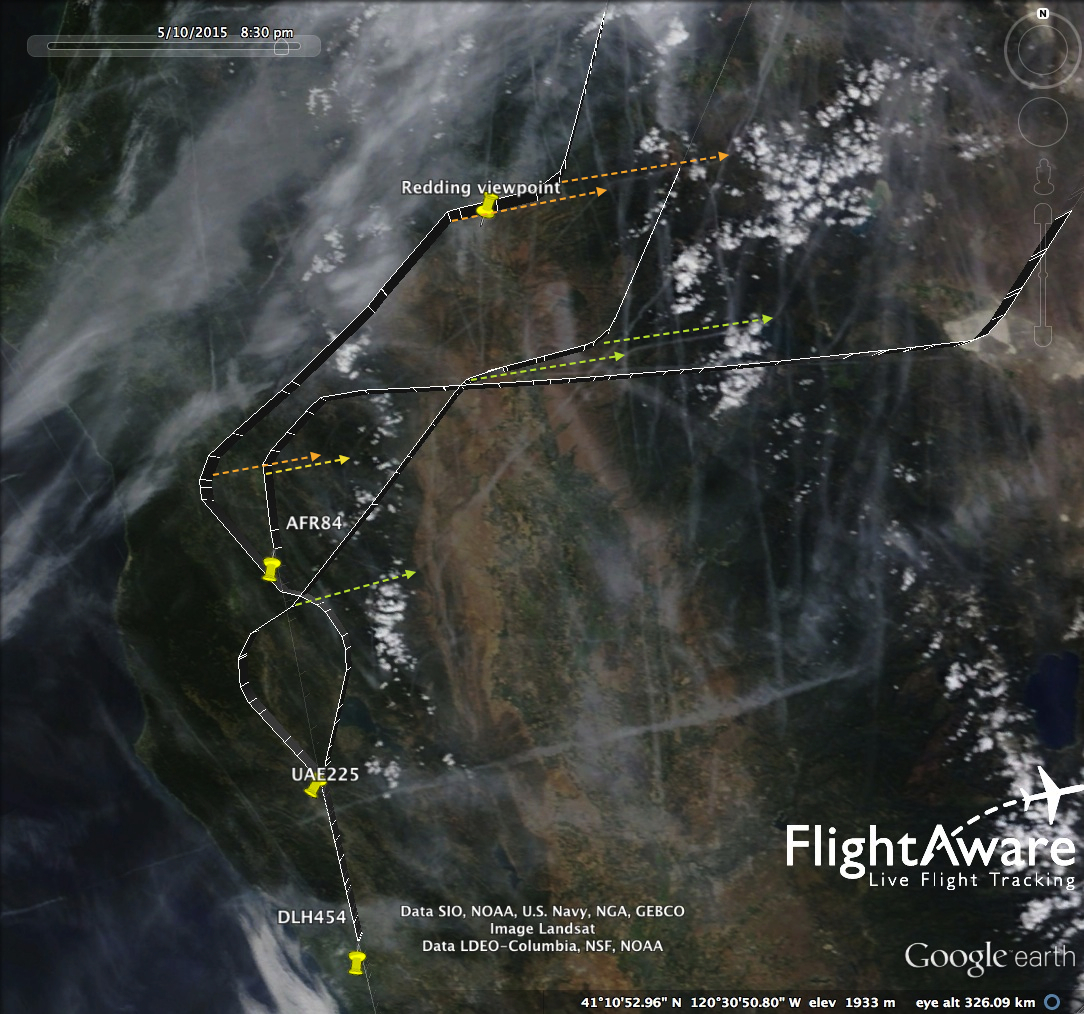