Staff member
Cameras such as the iPhone use cheap CMOS sensors that have a digital "rolling shutter". This means they only expose a few lines at a time. This can lead to strange artifacts when things in the frame move fast, or when there's a flash in the frame - like an actual camera flash on another camera, or a flash of lightning, like this:

Digital SLR cameras use more expensive sensors with a "global shutter", meaning they don't suffer from this problem (or the strange distortion artifacts) when shooting video, or taking most photos at regular shutter speeds.

However you can actually get a similar effect with an SLR, because the physical shutter they use is a rolling shutter. It's just an incredibly fast one. Skip to 2:15 in the video to see it at different speeds.

The camera shown above, the Canon 7D, is the same camera I have. So I decided to try and get a "beam" artifact. I set the camera to 1/8000th, f/1.4, and pointed it at a wall. I used the high speed drive mode (about 10 frames a second) and again used the flash handheld in strobe mode. It took a few goes, but eventually I got a result: 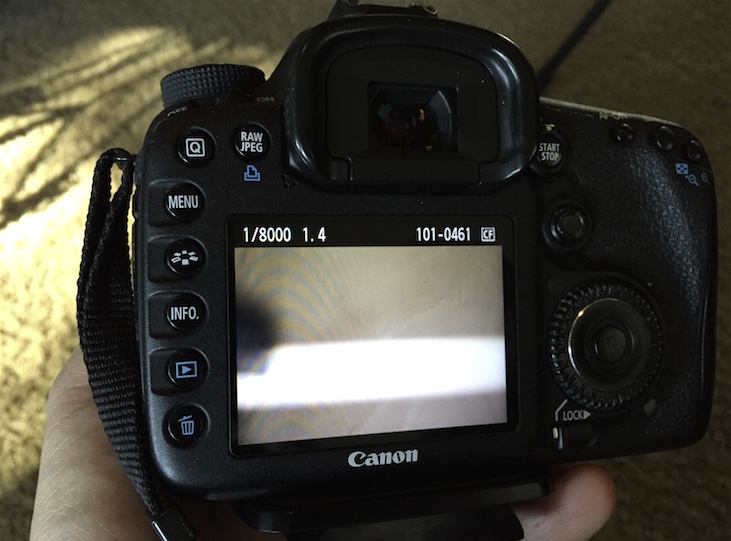 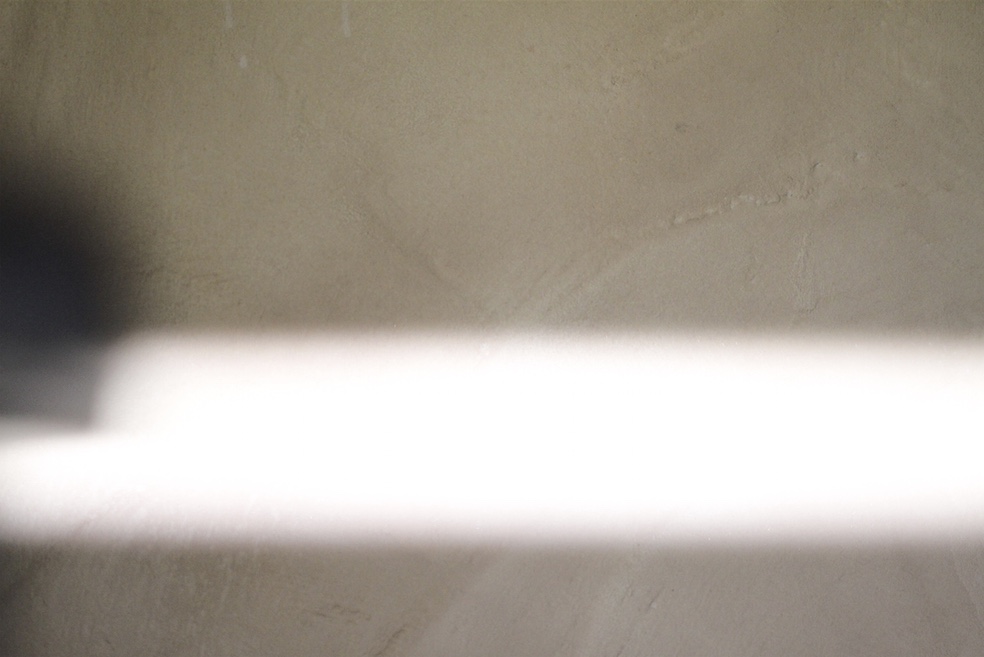 The wall is actually in focus, the image seems blurry because the flash itself (on the left) is out of focus, and because the edges of the illuminated region smoothly ramp in and out. We are seeing evidence of the intensity of a flash that covers about a quarter of the frame, and so is about 1/2000 of a second long (a quarter of 1/500th, which is how long it takes the rolling shutter to traverse the frame).

With the iPhone example the rolling shutter is really slow compared to the flash, and so it's the height of the shutter window (i.e. the exposure duration) that determines the thickness of the beam of light. But at 1/8000th of second, with the shutter window moving across the sensor in 1/500th of a second, the determining factor is much more the duration of the flash.

So why don't we see beams of light in SLR photographs? Basically because nobody shoots photos of thunderstorms using an exposure of 1/8000 of a second.

Where might we see such photos? One possibility is sporting events, where a lot of people are using camera with flashes, and someone is taking photos of the action at 1/8000th. Even there though it's pretty unlikely. 1/8000th is really an unnecessarily fast for sports. 1/1000th is more typical, which would result in half the frame being over exposed - a more typical flash artifact that not very interesting.

The elusive SLR beam of light. We might see it if someone was shooting hummingbirds at 1/8000th in bright sunlight, with a thunderstorm in the background. It's possibly that such a "natural" photo exists. But it's going to be a very rare thing.
Last edited: Aug 19, 2015
You must log in or register to reply here.