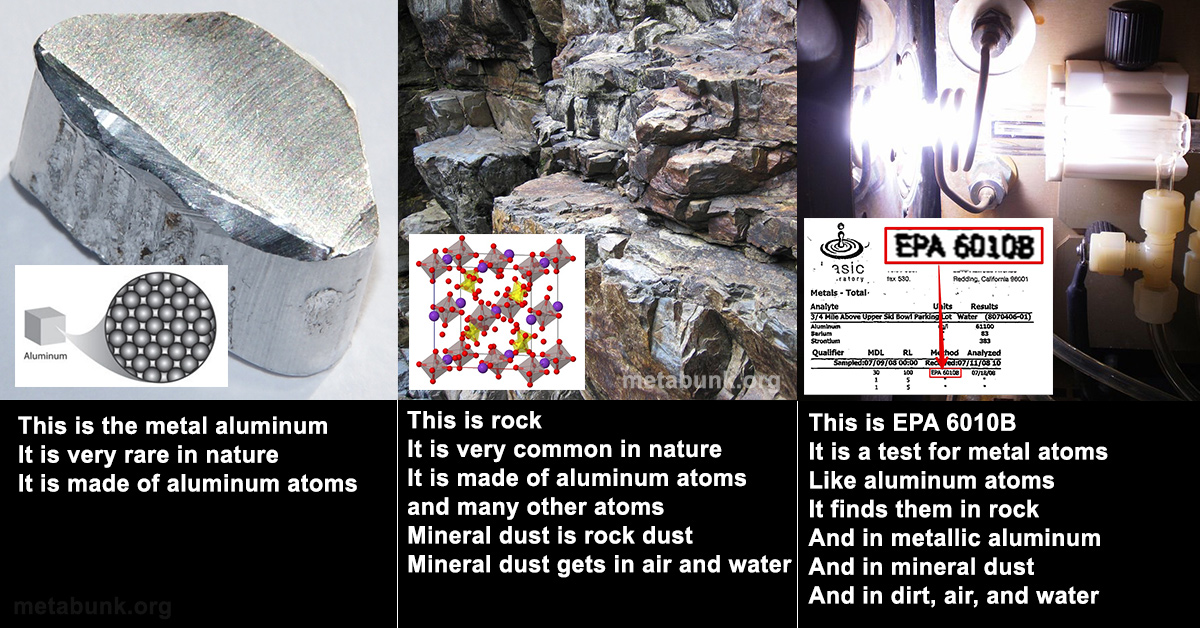 
Aluminium metal is so chemically reactive that native specimens are rare and limited to extreme reducing environments. Instead, it is found combined in over 270 different minerals.

So the argument goes: if Aluminum (or Barium, etc) is never found in nature, then why are the chemtrail related tests finding it?

The important word there is plasma. Plasma is the fourth state of matter after solid, liquid, and gas. If you take some rock or aluminum and heat it up it will eventually melt. Heat it up more and it will turn to liquid, continue heating and it will become a gas. Finally if you heat it up incredibly high it will become a plasma - a cloud of individual atoms stripped of their electrons. As described in Wikipedia:

Since the sample is just broken down into a soup of atoms, there's no way of knowing (from this type of test) if the individual atoms of aluminum (or other metals) were in their metallic form, or in their mineral (rock) form.