Im wondering if someone can explain what the lights are on the live webcam of Popocatepetl Volcano ?
Around 03:00 am and 04:00 am some lights are glowing very brightly on the video. Im curious what they are ? I was thinking of some external light or reflection of a lightsource. Is there any way to find that out?


The Volcano is active and alot of ufologists claim to have seen ufo's etc. and they show video's with strange lights around the volcano.
Im more of a down to earth guy and im just wondering what it can be.

Another video shows a light travelling from the camera toward the vulcano. Im just curious what kind of explanations there are. Here is the other video:
Source: https://m.youtube.com/watch?v=CPVIGrU8KWE&feature=emb_title

The uploader calls it an ufo.. but im thinking of something more earthly.
I appreciate any suggestions or explanations from critics.
E

That's the Moon in the live video, isn't it? Says the camera is located in the city of Tianguismanalco. That's to the east of the mountain so it's looking west.

The Moon did set in the west today. Time is 05:21 but that's for a flat horizon. The terrain is rising in the west so viewed from the city it would have disappeared some time before that. Timestamp in the video seems to match that.
In the coming days it'll set in roughly the same spot but ~50 minutes later every day. If the video stream matches that then that's probably what it is.
The Moon is almost full at the moment too so it's a pretty bright lightsource.

Easy Muffin said:
That's the Moon in the live video, isn't it?
Click to expand...

Moon to the right, internal reflection of the moon to the left, yeah?

i dont see any lights. i see lightning flashes. is that what i'm supposed to be looking at?

can you screen shot one so i have an idea where to look?

Sure Deirdre: The bright light on the rightside of the video see time stamps in the right corner for the timestamps to see it in the video. It says it was on the 13th, the video is a livewebcam where If you rewind it can see it back around 03:00 and 04:00 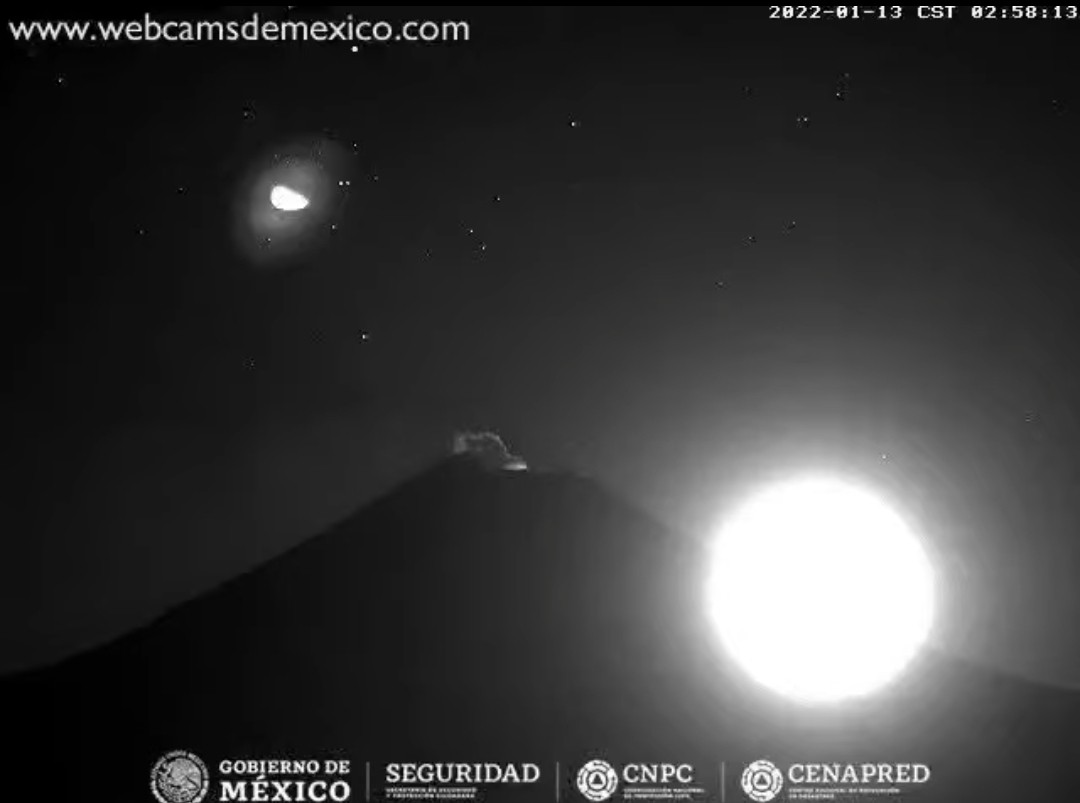 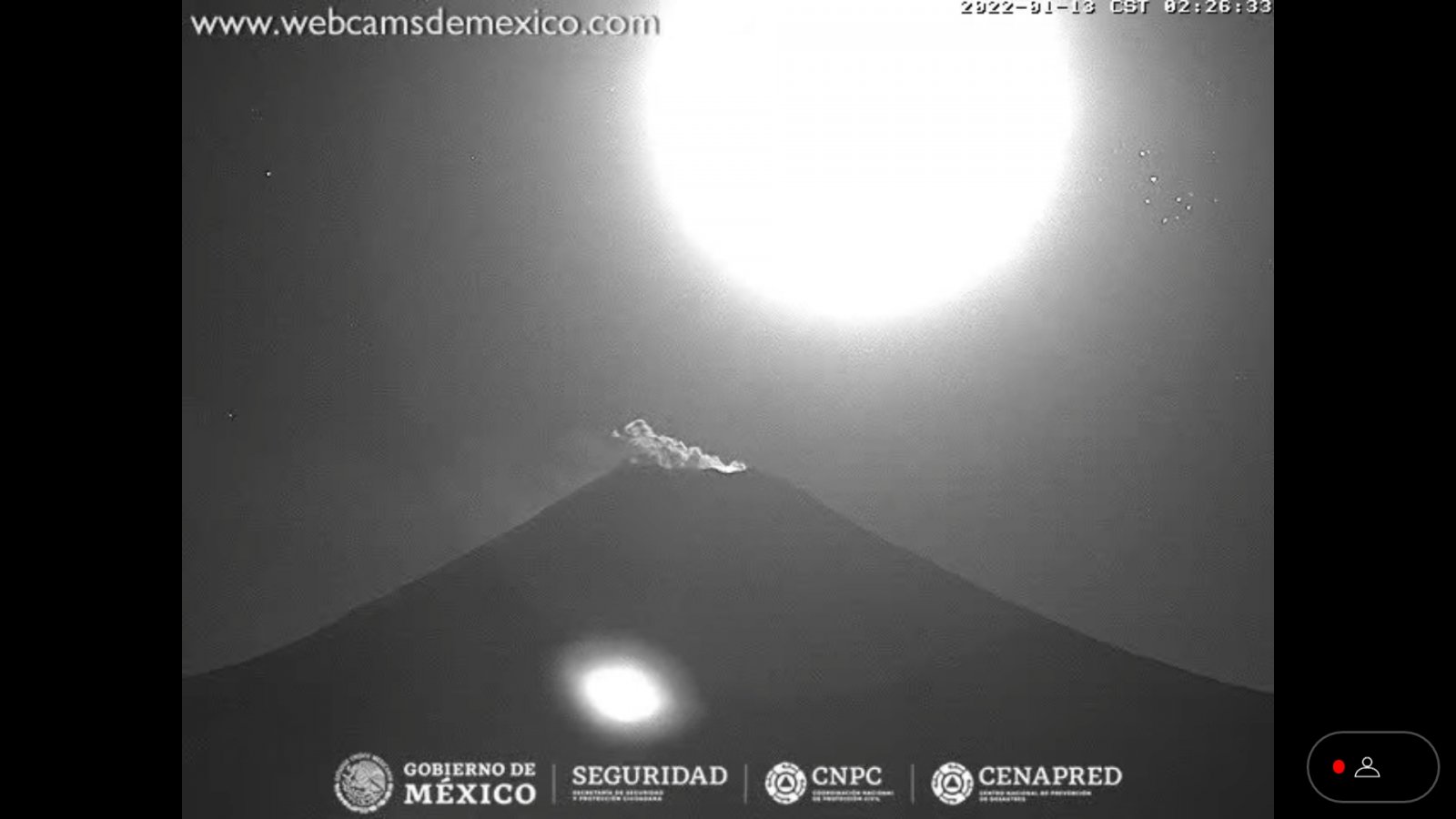 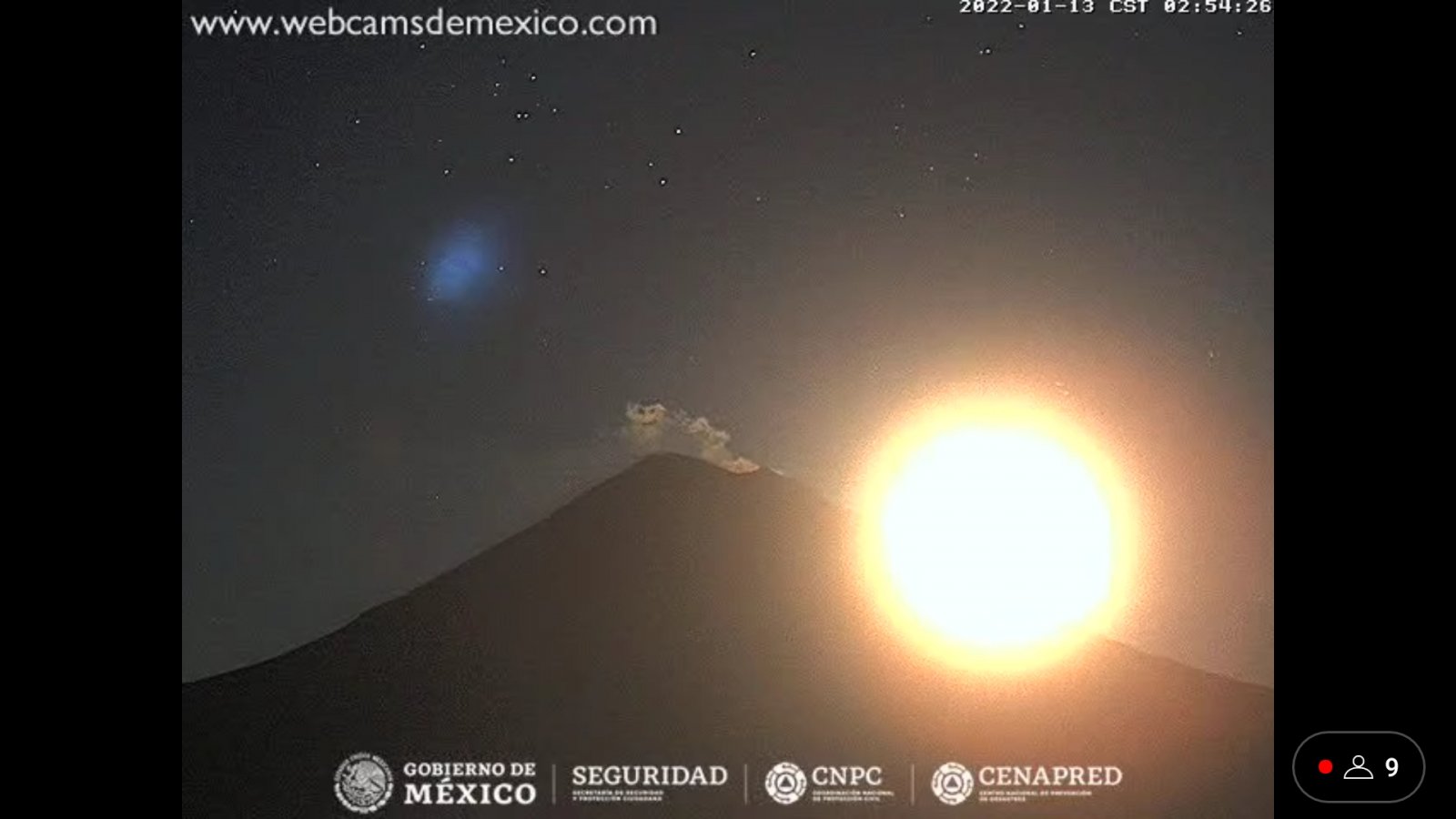 deirdre said:
i dont see any lights. i see lightning flashes. is that what i'm supposed to be looking at?

can you screen shot one so i have an idea where to look?
Click to expand...

Daves! said:
The bright light on the rightside of the video see time stamps in the right corner for the timestamps to see it in the video.
Click to expand...

my video in the Op is playing 1-15. i dont understand whats happening. so thanks for posting those! 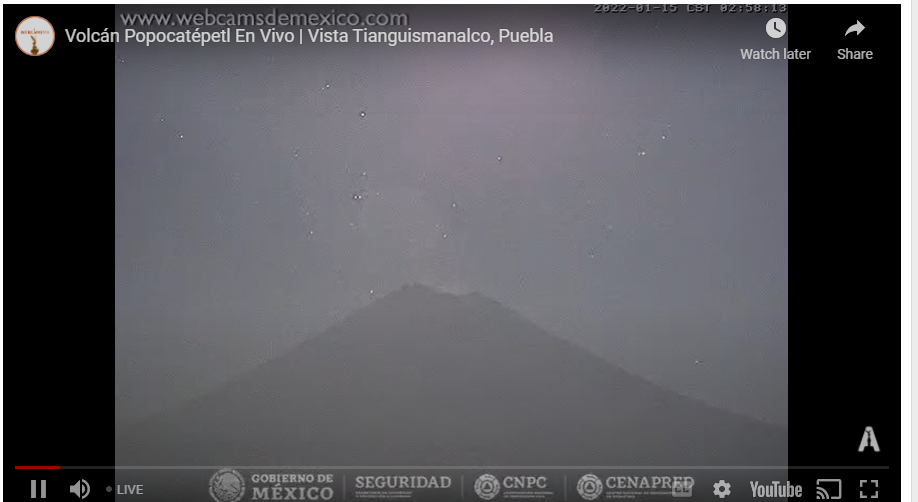 JMartJr said:
Moon to the right, internal reflection of the moon to the left, yeah?
Click to expand...

That's what I was thinking, yep.

Note how the clouds move left to right but the object on the left is being obscured right to left. That would suggest it's a mirrored reflection of the large object on the right. It also never happens independently but only when a large cloud is moving in front of the large one. 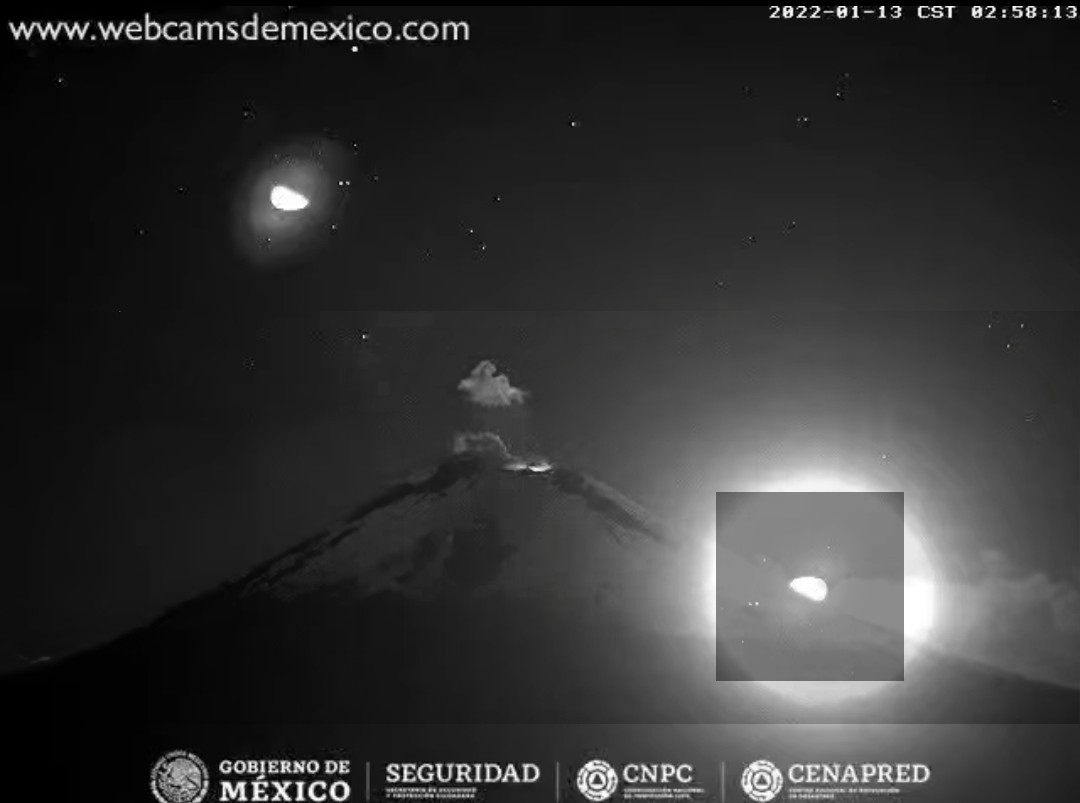 Picture from above, this is the smaller object flipped horizontally and vertically and pasted over the larger one. I also added a clearer view of the volcano. See how the top right part of the original is missing? That would be the part of the Moon that's already set behind the mountain slope. It also shows that the Moon is hopelessly overexposed and not nearly as large as you might think. Most of it is glare.

These are screenshots from this morning. Moonset data for the 13th and 16th,

Code:
Today's shots are timed to match the time before moonset in this thread's pictures from the 13th.

(BTW, the star cluster in the top right in the picture right below is the Pleiades. Pretty neat catch.) 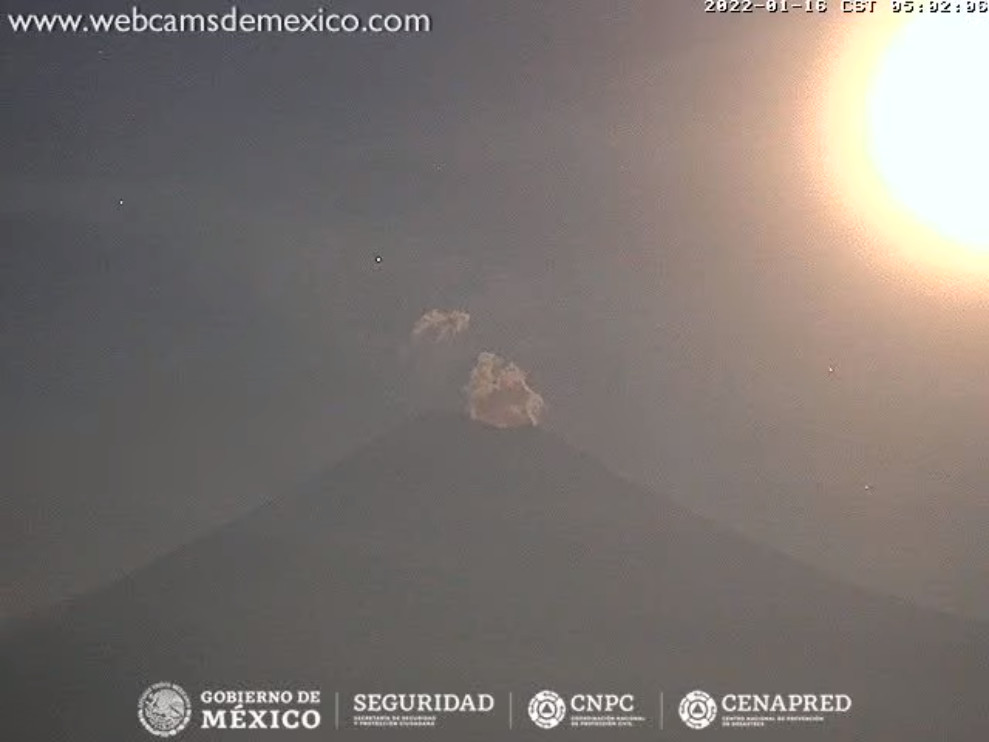 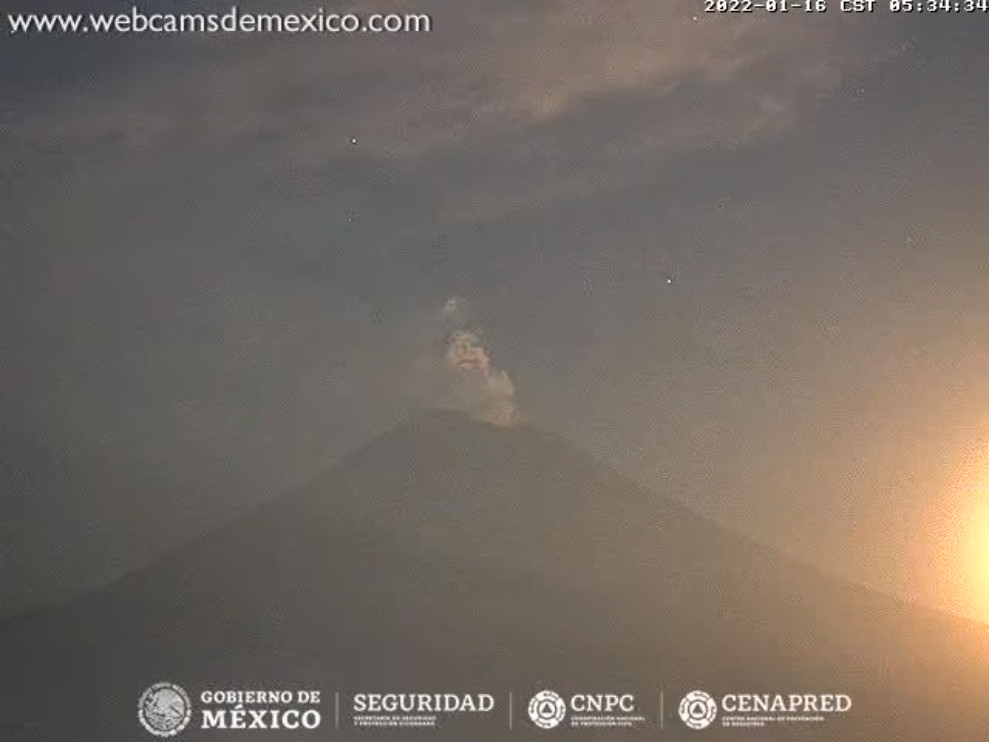 There's a 6° difference between the shots or about 12 Moon diameters. Using the reflection as a rough yardstick, that's about 1/3 of the image width to the right in today's pics. I'd say that looks about right.
Last edited: Jan 16, 2022
You must log in or register to reply here.