My girls and I were coming into the house, and I looked up just to see if I could see any sateliites passing over.
I then saw the weirdest thing in my 40+ years of looking up to begin with.

An object was flying over at a decent clip, but it was projecting two lines ahead it that stretched out about 5 degrees.

I tried to take a picture, but the stupid flash was turned on.

The beams started gradually fading as the object moved away, and eventually was gone.
I checked Heavens Above immediately, and there was nothing scheduled, so I ruled out a satellite.
The Starlink G4-14 Placeholder listed was in the approximate area, but it couldn't explain the beams moving with the object staying at the 5 degrees in front of the object.

I came in the house, pulled up Flightradar 24, and saw this culprit: 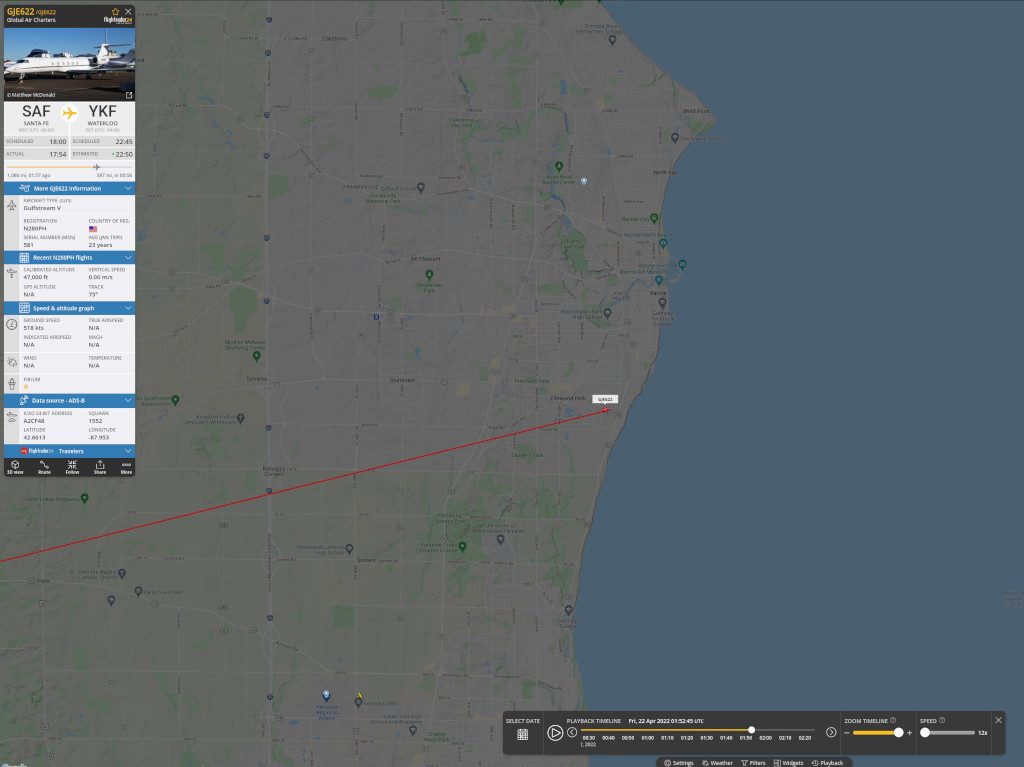 As you can see, it was pretty high up, going at a fair clip, and almost heading in the right direction from my POV. I saw it heading more at a bearing of 105, rather the 075 bearing it shows.
I've lived where I saw it for over 40 years, so I'm pretty good at directions, so I can't point at anything else and say "It was this!"

I expect that there was some high level clouds, and it had it's headlights on, so I saw the focused beams as lines rather than a cone.
I had just never seen anything like it before in the 40+ years I've been out there looking up.

Not sure of the time or location of your sighting but something similar was seen earlier in the UK. This was the SpaceX second stage rocket booster from the earlier Starlink launch orbiting.

So, I managed to work out the your location and time of your sighting, and it doesnt tie in with the time of the earlier sighting ... unless there was a second de-orbit burn six hours later? Will have to check that. 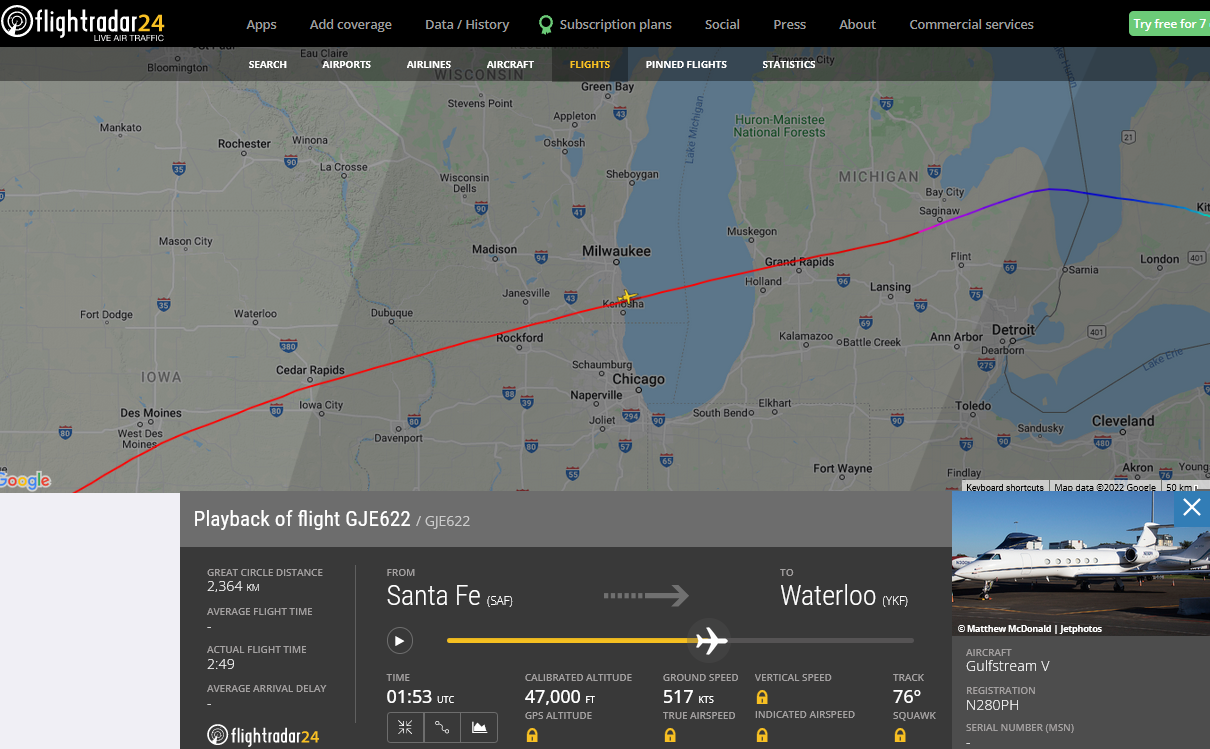 This was seen over Illinois at about 1am UTC time, which is pretty close to when you saw your 'thing'. This is the Starlink train, not the booster deburn...

Yes, 0100 UTC is the time. Like I mentioned, Heavens Above had the placeholder for it, but at the time from what it showed, it didn't match the direction of travel in the sky... I should have taken the fact that the orbitals were just placeholders and factored that in. I showed flarkey's video to my daughters, and it looked about the same, and given that this is further into it's orbit, it explains why I couldn't resolve individual lights and just a single beam, leading me to the airplane lights theory.

As I said, this is the first itme in 40+ years I've seen something like this, and it's relatively new to me, so I had to have a rational explaination rather than "UFO!!!!"
You must log in or register to reply here.