Watching a UFO From My Roof (UFO Releasing Glowing Orbs Into a Formation) - debunked?

This one looks and sounds as fake as a fake thing dancing in a fake way! Not only is the audio suspiciously muffled.. there are many things wrong with the picture. It seems like it could be a still photograph, which has been brightened and had the color saturated. Nothing in the scene ever moves. The "orbs" do not light up anything, and yet they are apparently quite bright.. and most tellingly, the whole thing has been re-filmed from a pc screen, undoubtedly in an effort to add realistic "camera shake" and "zoom": 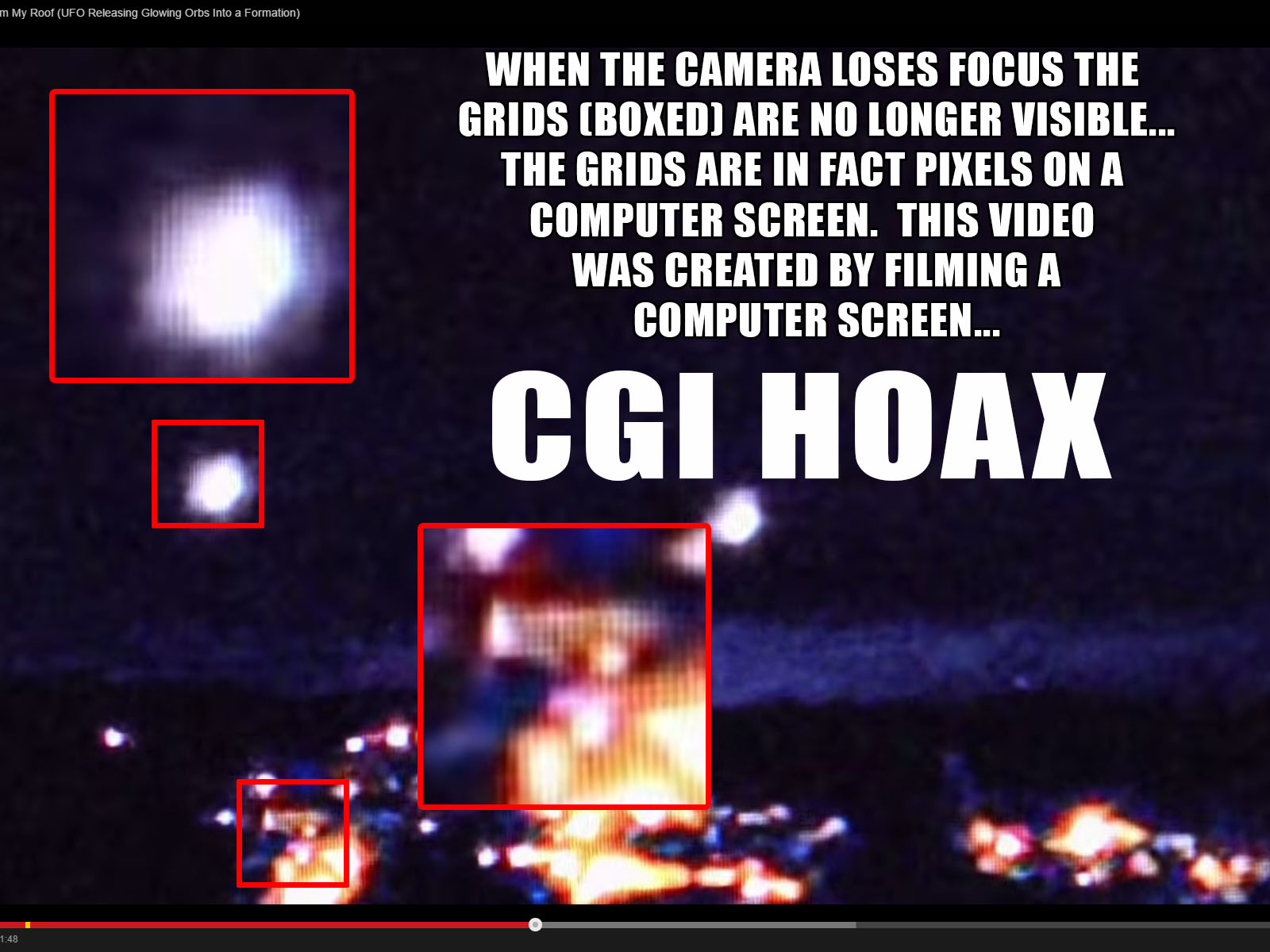