First time poster, sorry if there's an existing thread where this question could have gone; I couldn't find one...

Is there a good explanation somewhere online for how Rayleigh scattering "erases" airplane markings on zoomed-in photos/videos? I mean, not just the ordinary explanation of why the sky is blue etc but specifically how markings on the underside of the wings aren't visible when the plane itself is fairly sharp.

Staff member
Can you show an example?

The image gets a little better from around 0:30.

A CT:er would probably say that markings should be visible when the quality is as good as this - it would take an explanation to the apparent selective erasing of the markings...

(OTOH, it's ironic that that plane in particular doesn't seem to make very long contrails...)

A.G. said:
First time poster, sorry if there's an existing thread where this question could have gone; I couldn't find one...

Is there a good explanation somewhere online for how Rayleigh scattering "erases" airplane markings on zoomed-in photos/videos? I mean, not just the ordinary explanation of why the sky is blue etc but specifically how markings on the underside of the wings aren't visible when the plane itself is fairly sharp.
Click to expand...

with proper equipment this should no be a problem:
http://extremespotting.com/portal.php

There is no excuse for these planes to remain unidentified.

The issue is generally that the images are not sharp. If you use a telescope like Jay's links describe you get wonderful sharp images.
Most chemtrail believers are using quite low resolution digital video cameras only 1080p max with very low power optical zooms and they keep "zooming in" with the digital zoom to make the planes look bigger. However once the limit of optical zoom is reached there can be no more information gleaned from the footage (by amateurs) and the digital processing just "interpolates" the existing resolution images. ie it uses algorithms to smooth out the pixels once the limit of resolution is reached. That can work ok on a fuselage shape and large things like wings as the algorithm can safely assume a straight line of a wing edge of fuselage side will still be straight when interpolated closer but fine details are simply too small to pick up for most consumer cameras. The camera can't actually see them as they are "sub pixel" in size. ie, the detail as per the focussed image on the image sensor is SMALLER than the size of the individual sensor elements. The sensors simply do not have the resolving power to see them.
That's the same effect as how your eyes simply don't have the resolving power to make out individual trees on a distant mountain .

Go find a billboard advertisement on the side of a building that is similar in size as an aircraft marking and then try to video it from 10+km away. You will find a normal video camera is not up to the job very well. And that is probably a billboard that is flat facing you at 90 degrees.
Try something like a shiny cylindrical fuel tanker that is edge lit by the sun in the manner of an aircraft.

Aircraft are also highly reflective.. ie shiny.
Shiny objects reflect the surrounding colors. a chrome cylinder actually has no identifiable colour of its own. it is the colour of its surroundings.
http://4.bp.blogspot.com/_aQE-4419LRY/S_1m0zghE_I/AAAAAAAABM0/C772Ir7LaCs/s1600/Hirschgarten.jpg
A shiny object like a plane will have a lot of reflection of its environment http://www.worldautocar.com/wp-content/uploads/2011/04/ferrari-white.jpg
In the case of aircraft that is blue or white hazy sky and that reflectivity will be an added effect to scattering and haze effects.


The planes are usually about 10km up and details like windows are flush with the sides of the fuselage, on the top half of a cylindrical reflective body and about the size of a human head or smaller. Even in footage of airliners landing it is sometimes difficult to see details like windows, let alone at an oblique angle.

A good example of a video that shows an aircraft that appears to have no markings and then obviously does have markings when seen much closer is http://www.youtube.com/watch?v=o5O-DLk6cT8

The image gets a little better from around 0:30.

A CT:er would probably say that markings should be visible when the quality is as good as this - it would take an explanation to the apparent selective erasing of the markings...

(OTOH, it's ironic that that plane in particular doesn't seem to make very long contrails...)
Click to expand...

It's just that the video is low quality, and there's probably not actually any large markings to start with.

I downloaded the 1080p version of the video, and picked one of the best frames 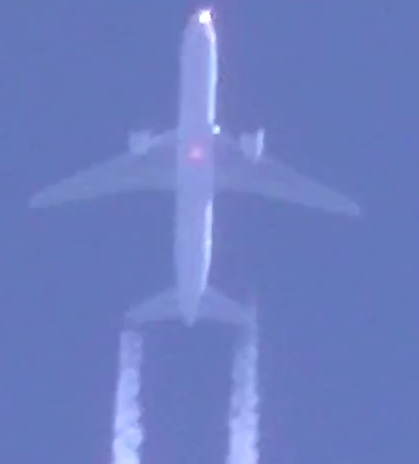 It might look sharp in a small YouTube window, but when you consider the size of the plane it's not sharp at all. Here I've increased the contrast an zoomed in on the area on the right of the image where it looks like there might be a number or something dark on the wing. 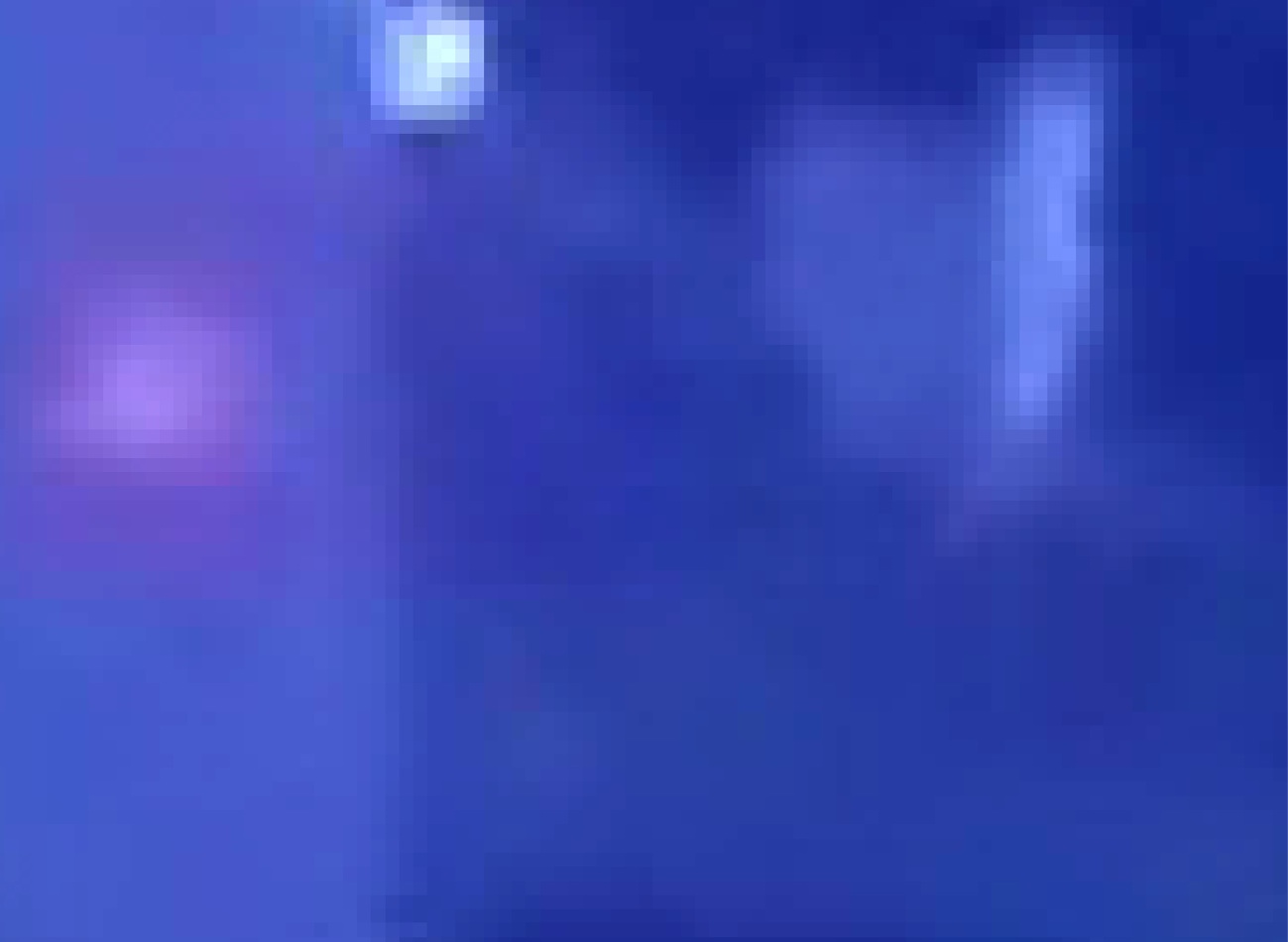 It's not the atmosphere, it's just the camera. Poor magnification, low resolution, and a touch of motion blur and video compression.

Compare with this from Jay's link. A plane at contrail altitude, markings clearly visible.
http://images.extremespotting.com/PHOTOS/3226/L 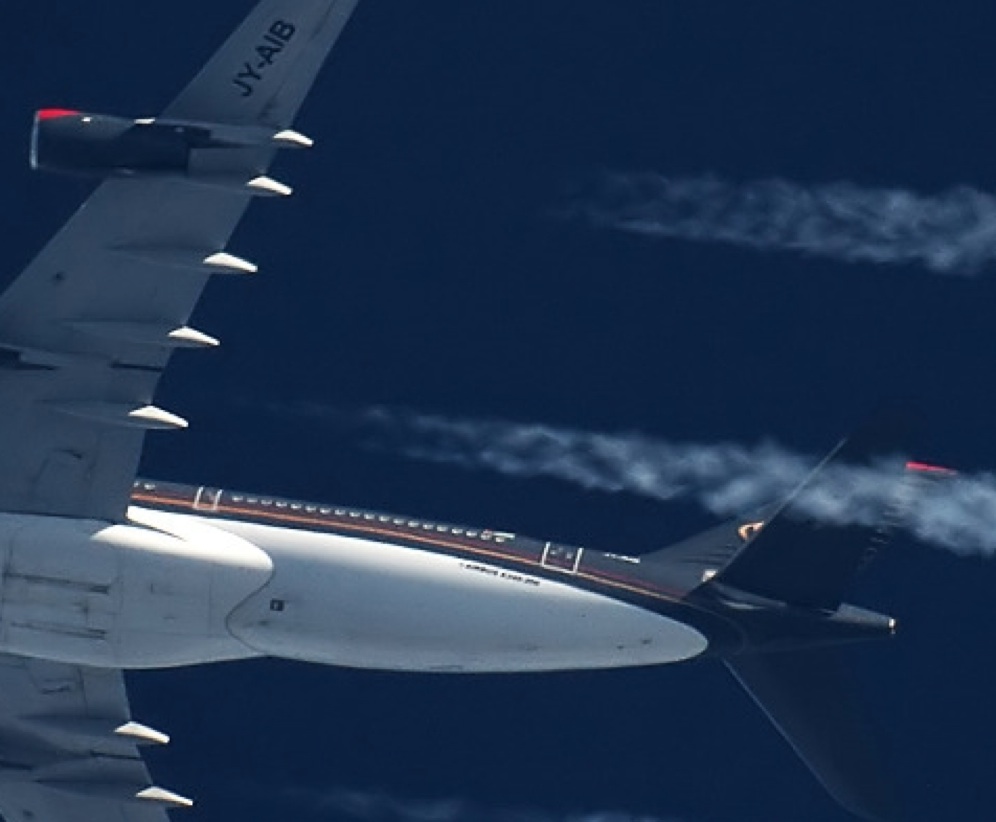 Yeah, looking at it again - and at images with better resolution - it's quite obvious that although the image in the video is sharper than many other videos, there's really no reason to assume that the markings on the wings should be visible; most planes seem to have relatively small, thin markings.


Obvious to me, that is, not necessarily to the CT believers. Maybe linking to, say, the Luchtzak contrail spotter forum might be a good idea - pointing to the difference between the thumbnails and the full size images.


(But it really is strange, isn't it, how the people so desperate to prove something so serious can't seem to get hold of a decent camera? And that so many speak of "low-flying, unmarked planes flying back and forth" - which ought to be even easier to document - but 99 % of all photos/videos still show regular planes...


...well, maybe not strange at all since there really isn't much else to document. But CT:ers having poor abilities judging distances is one thing; not being able to at least RENT a better camera is something else.)

BTW... a lot of people think that there has to be a clear visible marking on the wing, but this isn´t so.
In Germany only smaller Airplanes under 5,7 tons have to be marked on the wings...

The marking shall be placed on either side of the aircraft at the rear, for aircraft up to 5.7 tons in addition to the underside of the left wing. The national emblem (federal flag) has a minimum height of 15 cm. For other types of aircraft, similar rules apply.
Click to expand...

IIRC the required size for markings is quite small - only about 300mm high and 50mm (that's 1 ft x 2" for you anachronistic types ) - they aren't actually there to enable the aircraft to be identified from a mile away - they are esentially only there to identify the aircraft in a formal sense.

the US regulation on aircraft marking si FAR Part 45 - you can read the subsections at this link - they have to be displayed horizontally on the side of the fuselage or tail, with some exceptions, and there are also classes of aircraft that are allowed 50mm or 75mm (2" or 3") high markings such as older aircraft, gliders and balloons.

So, correct my reasoning here. According to FAR Part 45, section 29, the registry marks only have to be 12 inches tall. Looking at marks that size at 30K feet away would be the same as looking at letters 0.02 inches (or about 0.5 mm) high from a distance of 50 feet (figured using an angular diameter calculator). Magnify that by 8x (as some chemtrails believers have told me they're looking with binoculars), and you're still looking for letters that are 4 mm tall (roughly the same as 11-point font) from 50 feet away.

I think that if you put a set of 5 or so letters with an 11pt font on a sheet of paper 50 feet away with the naked eye, you're not going to be able to make out the letters - perhaps not even tell that they're there. With a typical digital camera (4x optical zoom), they'd effectively be half that size. Very unlikely you'd see it. Granted, the markings are probably quite a lot bigger on many planes, but the distances (taking into account that you are not usually looking directly above you) are also often a lot longer.

This was timely, I've recently run into a rash of people on YouTube making the "unmarked plane" claim.

Yep - somewher I used to have a photo of a 767 with a white body and a yellow tail (IIRC) that had the markings on the fuselage ....but you had to blow the photo up quite a lot to see the smudge!!

found it - it is only a low quality photo with plenty of motion blur, but it was "quoted" at me once as an example of an unmarked a/c
- the rego is the little smudge on the lower half of the fuselage underneath the start of the fin 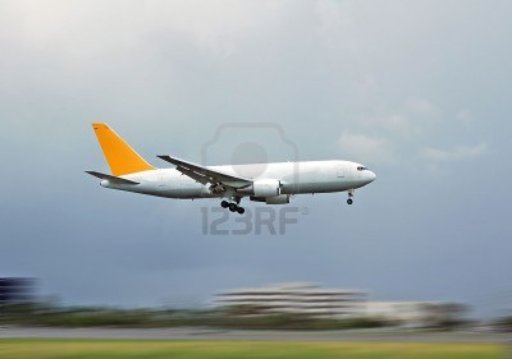 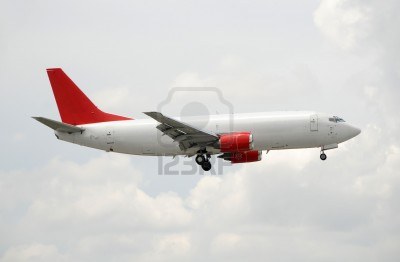 Maybe they're talking about the livery? I can't wait for some smart Alec at Kulula Airlines to add "Chemtrail nozzle".

actuall, WHYWATS does have a video hich is identifiable as a cargolux jet, even though the movie claims that the folks are seeing military jets.

Staff member
This is not exactly related, but one thing people sometimes seem to miss is that planes are smaller when they are further away, not just when they are higher. I took this sequence of four shots all at the same magnification. At the point when the plane is overhead it's three times as large as in the first photo 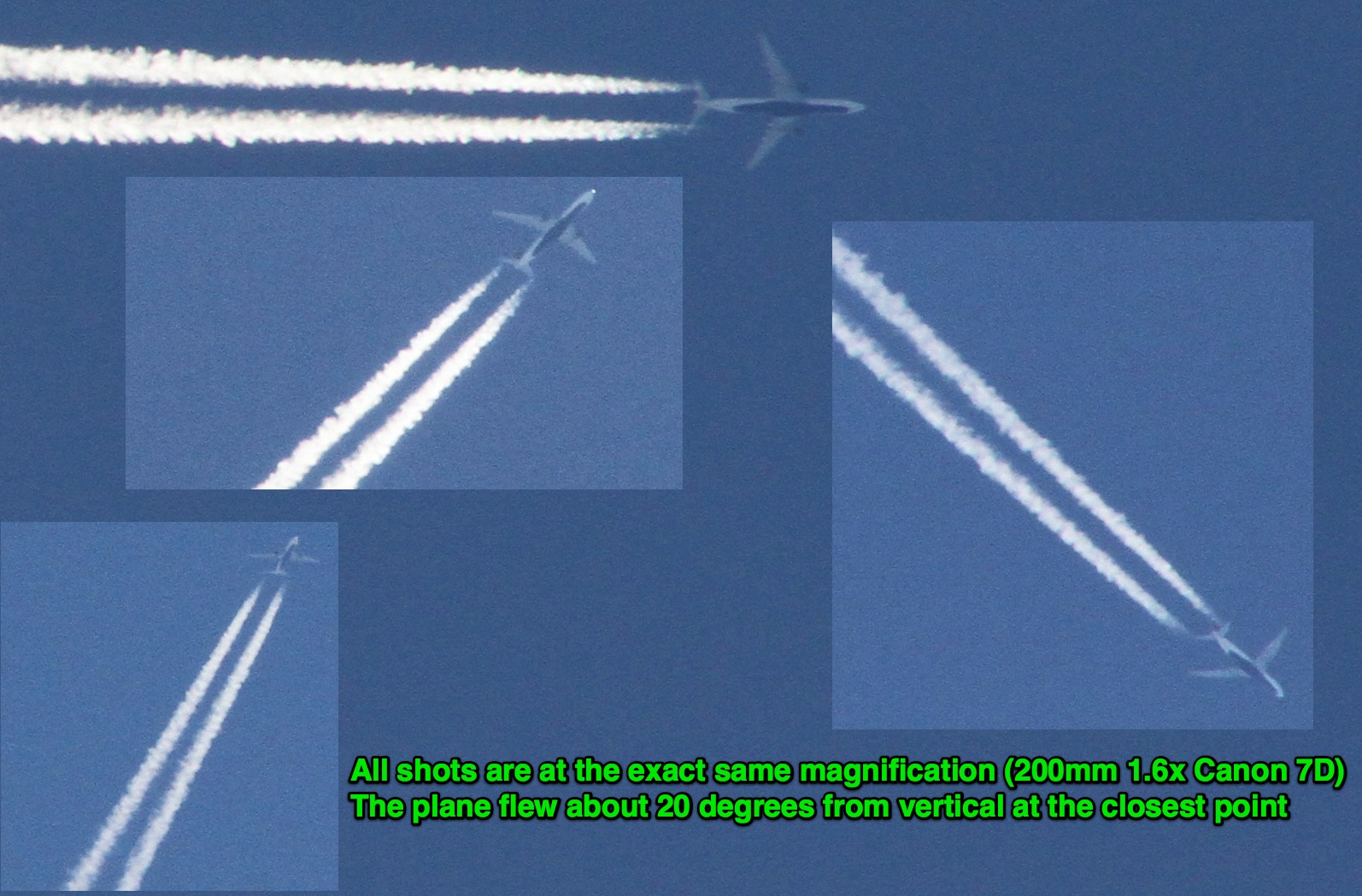 Staff member
This is a much better chemtrailer video of an "unmarked" plane:

I seem to remember this being identified as a plane being transported to a new airline. Anyone rembemer what it was?

Not that such a plane HAS to have markings underneath anyway. It looks like there is a reg number near the tail.

I think that is the 767 tanker the Italian airfroce used to train prior to receiving its new deliveries??

I think the same a/c is identified in this video at about 40 seconds:

and its existence and identification is covered in this one:

Edit: your video is identified in the comments as one of 3 "chemmie" vids regarding this plane, as is the one I included above.

One Aircraft is well known to be unmarked sometimes.

It´s the diplomatic Aircraft of Iran, used by the foreign-minister or president. They tape over the registration sometimes...

Staff member
It's still "marked" though. When the chemtrails say "unmarked", they mean no marks or logos at all. Not just no registration. 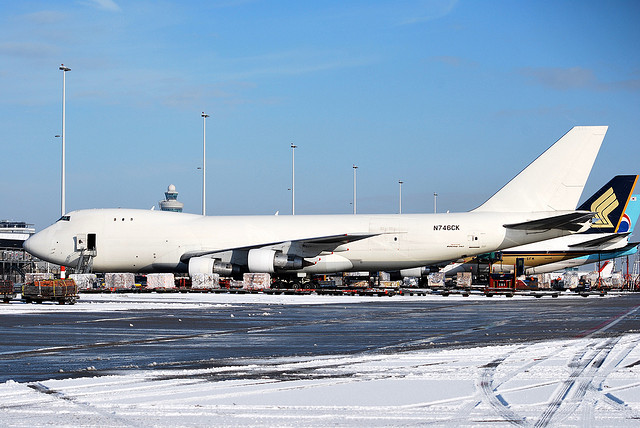 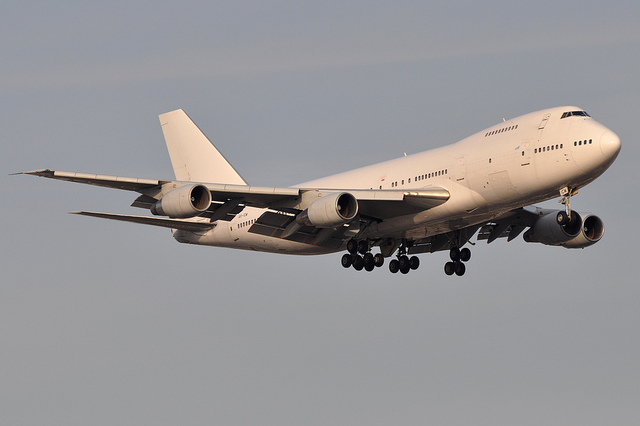 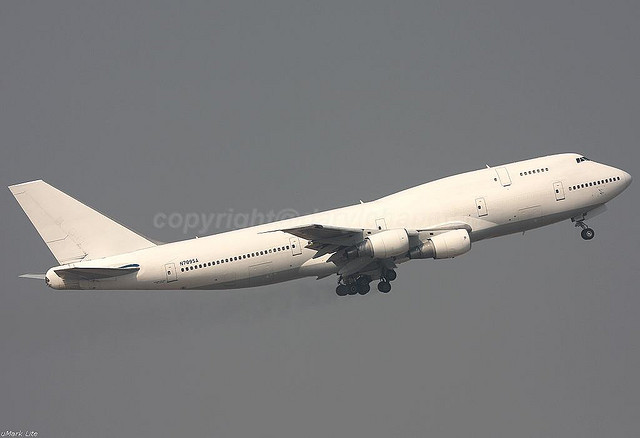 Im surprised no ones started screaming JANET yet


seriously tho - the Janet flights are too well documented to be much use to conspiracy theories any more.

One more set then I am done for the most part 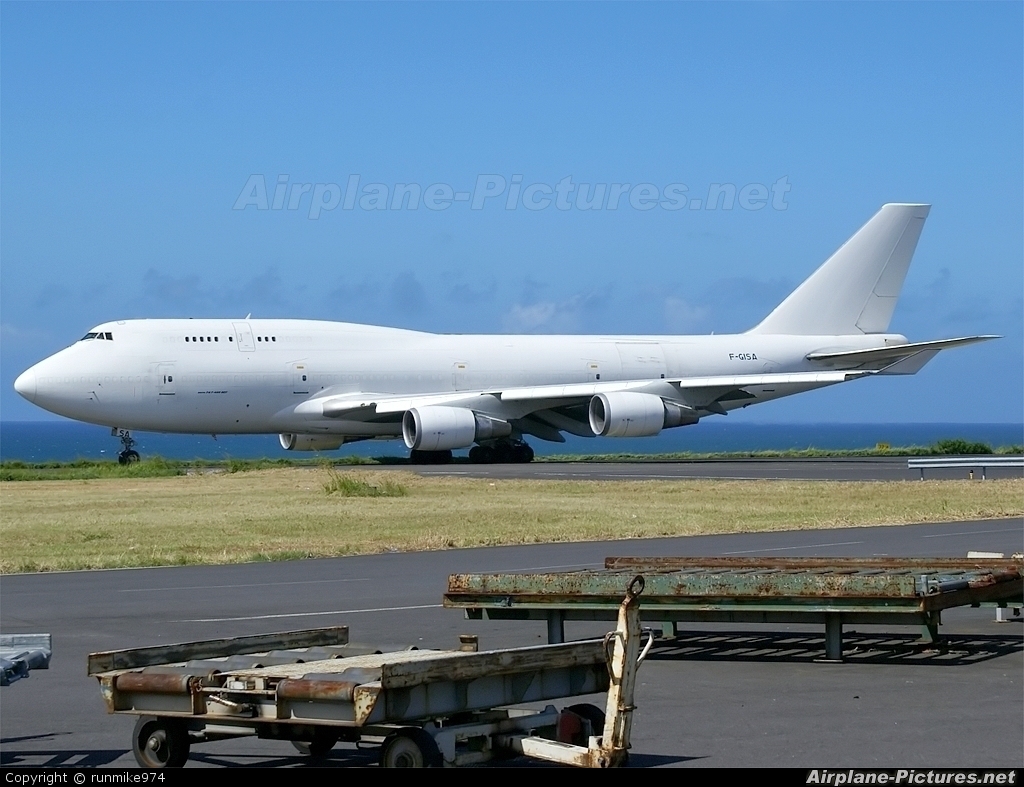 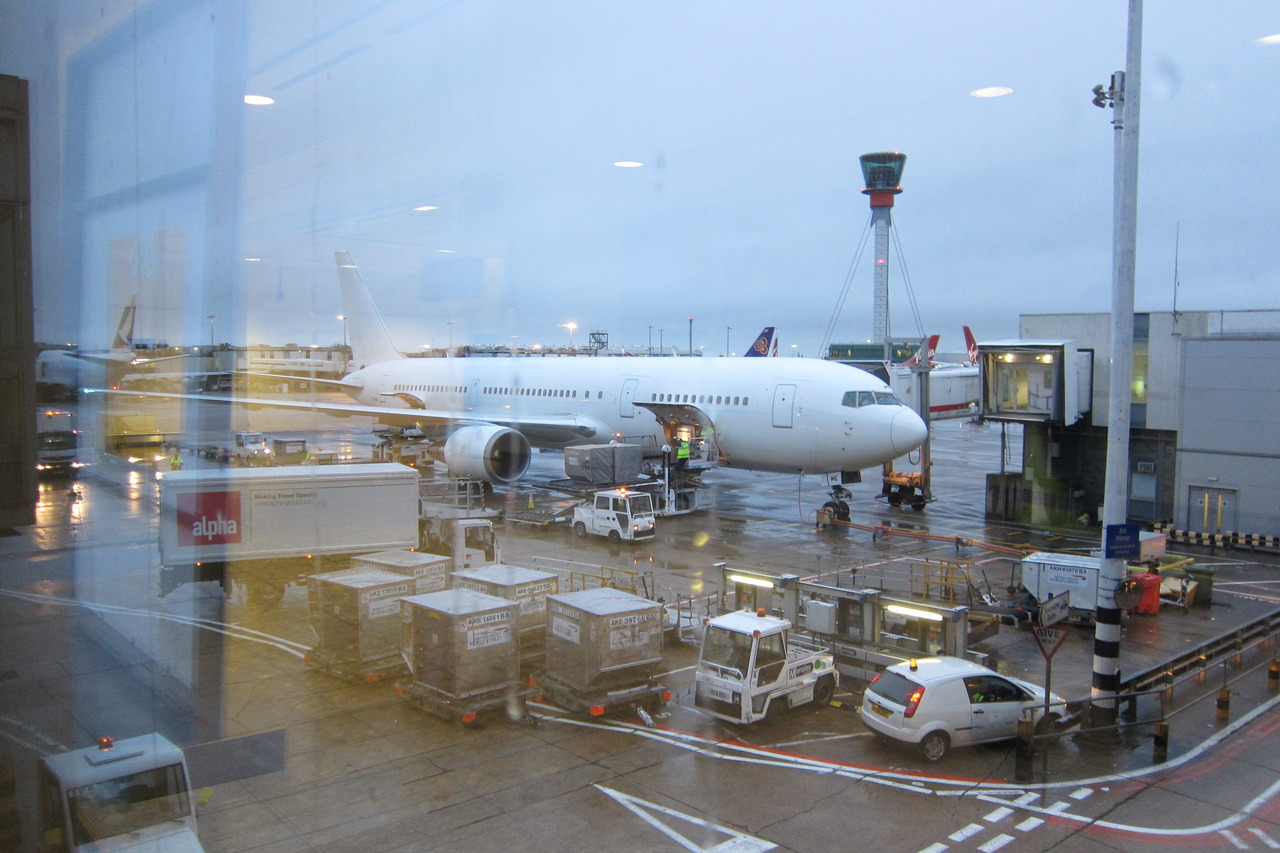 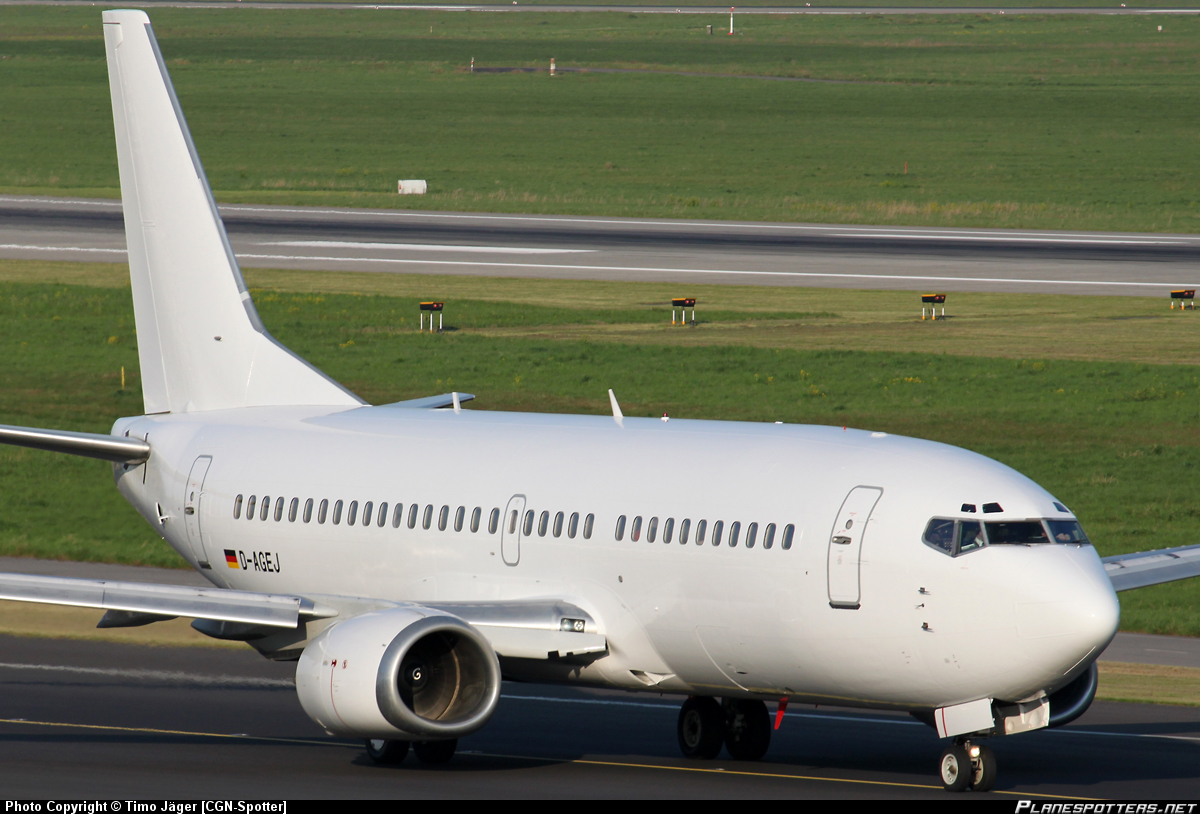 Some chemtrail believers are beginning to see the obvious, it is not so hard to identify the planes:

This should be encouraged.
You must log in or register to reply here.