Recent flat earth hero JTolan has uploaded a video of the moon shot using an 830nm infrared filter, and happened to catch what he says "appears to be a space vehicle in orbit":

From 45 seconds he shows about 20 seconds of it moving across the sky, and then he shows stills which he zooms in on: 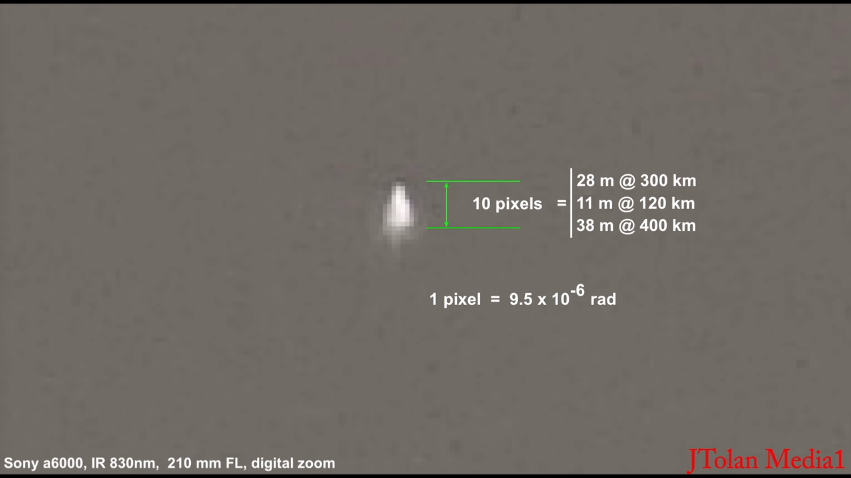 He believes he's captured a triangular object and hypothesises that it's a space shuttle orbiting at 400km - the same altitude as the ISS.

It looks like a satellite to me, and maybe the apparently too large pixel size of it is as a result of reflection. But that's just a guess; this is not my area at all.

Footage was reportedly shot at 3pm on December 15th, 2018, in the Los Angeles area, with the object moving from west to east. The ISS was visible from there the day before and the day after, but not the 15th.

As a side-note: the comments section shows that his hypothesising hasn't gone down too well, with some believing he may have been compromised, and others saying they "felt him suspect from day one".

He also makes the faux pas of saying, right at the beginning of the video, that he's photographed "a contrail".
Last edited: Dec 19, 2018

Footage was reportedly shot at 3pm on December 15th, 2018, in the Los Angeles area
Click to expand...

it helps if you tell us dweebs what the picture means

Hold on - it's moving across the sky: that ain't no star. Watch from 45 seconds onwards and you see it from about beneath the moon heading left (I could only see it in full screen).


Though I do notice that the image he 'analyses' has the light much further to the right.

First thought was that he's not analysing the moving light but the star. But then, where's the star when he shoots the video? I'd say more likely that he shot the still, then started videoing.

Now I see it again, it looks more like a plane.

it helps if you tell us dweebs what the picture means
Click to expand...

Sorry, I forgot to add caption. I used Stellarium to check out that 'object'.

Hold on - it's moving across the sky: that ain't no star. Watch from 45 seconds onwards and you see it from about beneath the moon heading left (I could only see it in full screen).
Click to expand...

Ah, right. I didn't see it... thus, my hypothesis is not correct.

or a bird. i tried to find out where the moon was from the ground, but i'm horrible with these programs.. anyway the moon isnt very high in the sky. could be a bird, a plane... 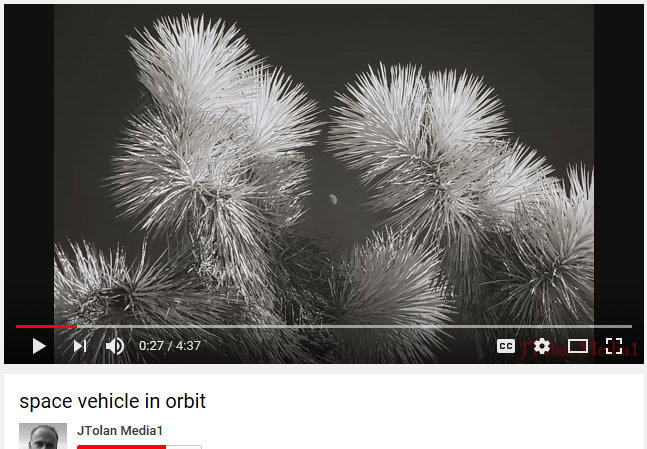 the griffith observatory had a video that day (not of moon) but something flies by that looks the same.. not sure if it is a bird, small plane etc (i'm horrible iwth scale)
video will play just as the thing is flying across

the planes do go west to east (as video description says) around 3pm on dec 15th, but without a somewhat exact location and an exact time... we can't really confirm if it is a plane. Birds fly wherever they want and aren't on radar.

I'm not sure anyone can track satellites witout an exact time either. 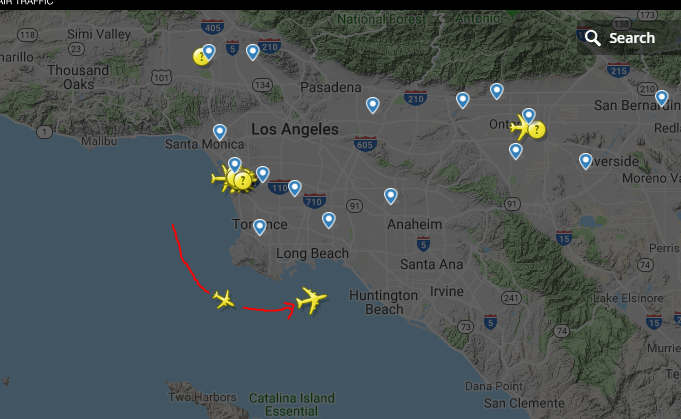 Anyone see if it could have been a satellite? Couldn’t hear the audio for the video (in a public place right now) but it moved and looked a bit like a satellite. Not sure if tracking which satellites could have been in the sky at that point is possible or not. Also, being that it looked to be the only small light visible in the sky, the light pollution may have made seeing a satellite impossible
You must log in or register to reply here.