Undersea Cables on a Flat Earth

I ended up here after a FlatEarther of Twitter claimed to have "stumped" these forums with evidence of a flat Earth from internet cable routes...


I'm a Science teacher & Maker in the UK

I can't for the life of me find where it's been posted anywhere here, but I'm sure as a science teacher none of us need to write you an extensive explanation as to why that does exactly the opposite, eh?

Staff member
I had muted that conversation shortly after explaining that. Twitter isn't very good for extended discussions with multiple people where your 140 characters is reduced to about 60. All I could squeeze in were these three points:

What is the question? I see a cable map.
It's economic. Very long cable is expensive.
Hard to maintain in Antarctic ocean.

Content from external source
The basic clam is that if the Earth were a globe, then there would be cables between Australia, South Africa, and South America.

The reason there are not is that cables go where the people, the content, and the money is. The only reason why people in Chile would benefit from a direct internet cable to New Zealand would be if they were accessing servers in that country, or if they were doing some kind of peer-to-peer connection, like Skype or phone calls. All those things work fine (but slower) going the longer route via California & Hawaii, but really there does not seem to be any evidence of a need that would make commercial sense.

Most of the cable maps are schematic, here's a more realistic one showing the actual cable routes in detail: 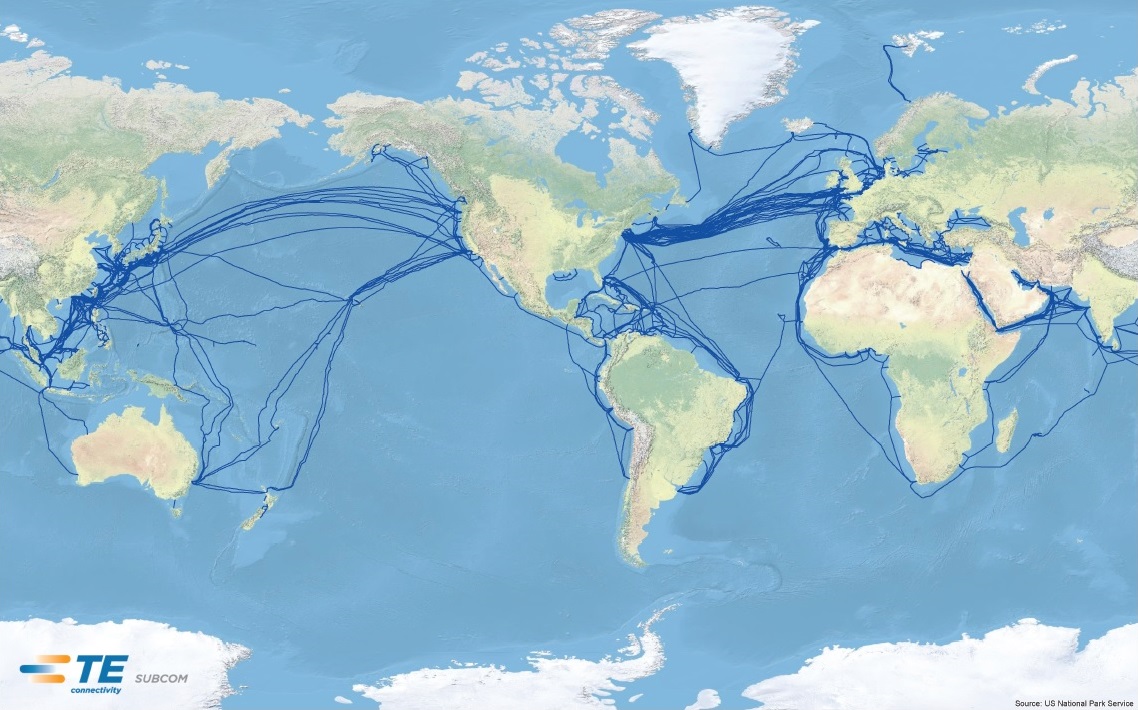 And here's what it looks like on a hypothetical flat Earth: 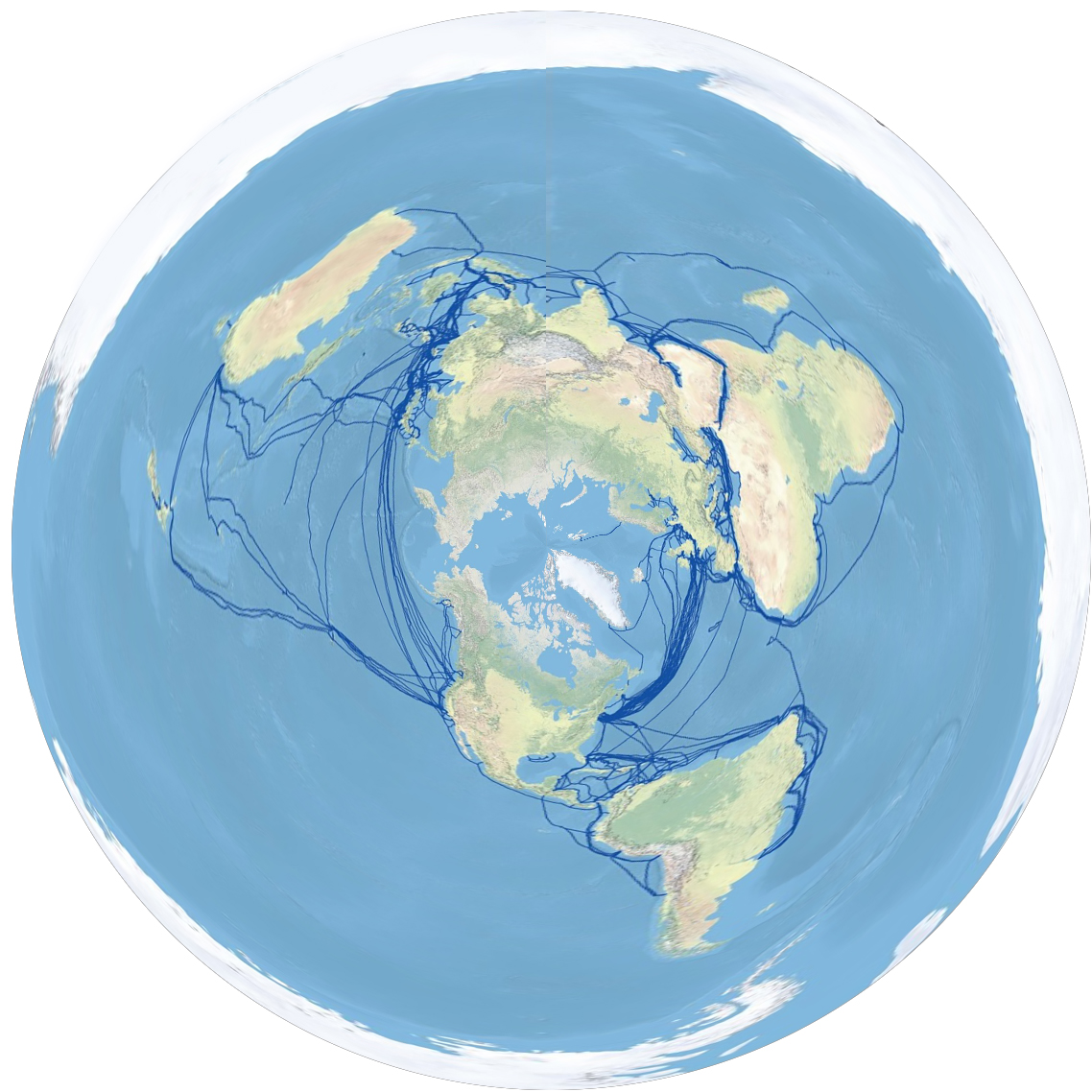 A $400 million undersea cable carrying huge amounts of electronic data from around the globe will come ashore in Northland, with an undisclosed Bream Bay site chosen as the landing point for the development. 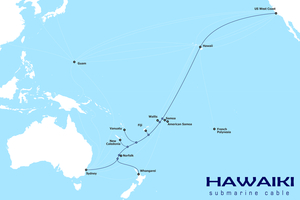 Hawaiki Cable -- backed by its major New Zealand investor Sinclair Investments Group (SIL) -- confirmed yesterday it would forge ahead with the New Zealand link of its international submarine cable project landing in Whangarei.

Northland regional economic development agency Northland Inc says it is thrilled with the news. The cable could be operating by 2017 and will be the second fibre-optic cable network and third physical cable linking New Zealand with the rest of the world.

It will be able to carry vast quantities of electronic data between Australia, New Zealand, Hawaii and the west coast of the United States directly, but will open up connections globally.

Content from external source
There's simply no compelling economic reason to spend a billion dollars on a cable from New Zealand to South America when the very limited internet traffic between the two regions can get there via other means. It's similar to the reasons why we choose to build bridges and tunnels where we do.

I say a billion because construction and maintenance costs will be much higher in that remote region of the world.

Of course its quite possible that such cables WILL be built in the future, when there's a compelling economic reason to do so, for example the the SAex cable is currently under construction, edging south a bit.
https://en.wikipedia.org/wiki/SAex 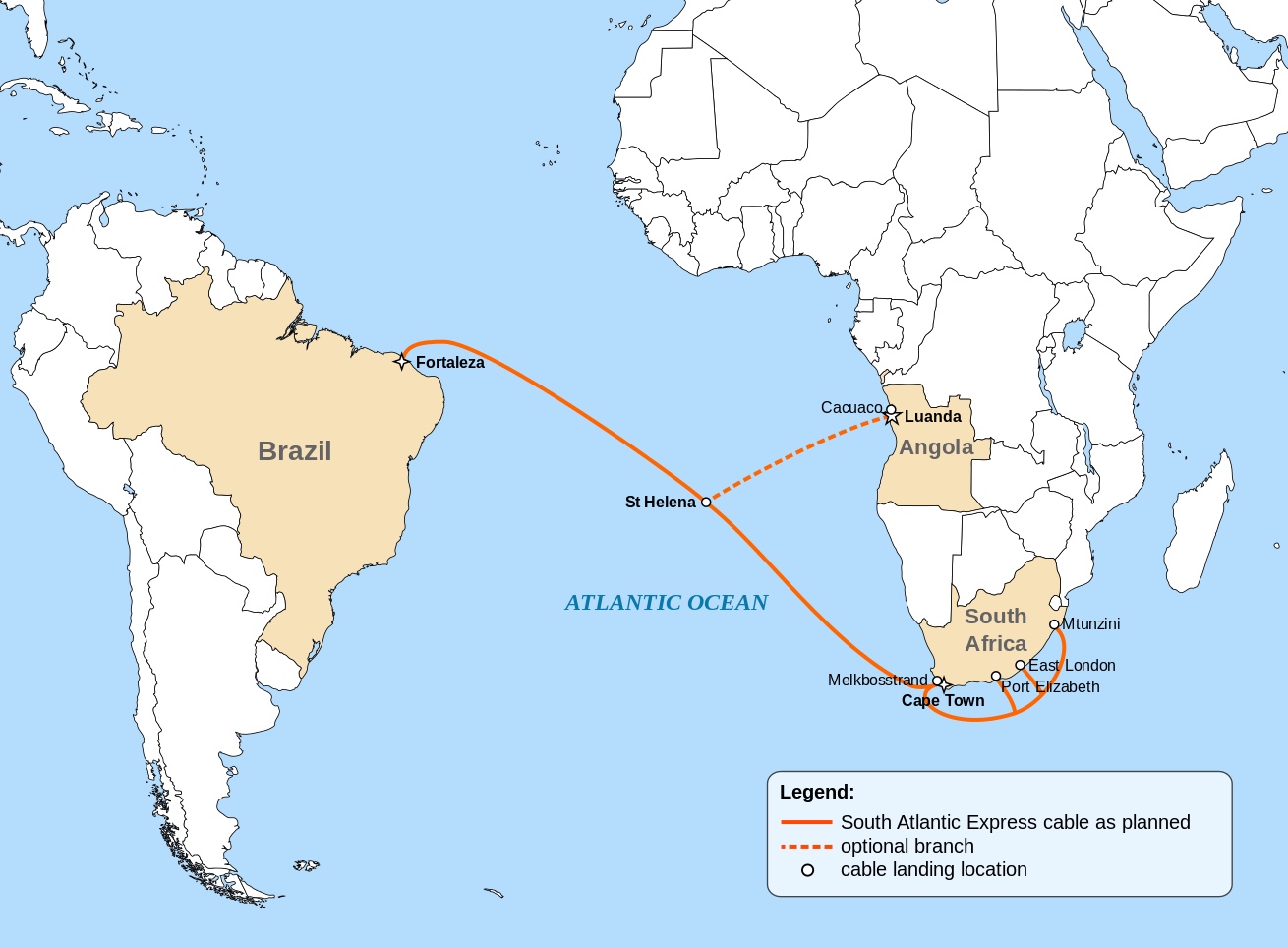 Most Internet traffic is server based - it's generally streaming do and from a large datacenter. The internet giants like Facebook, Youtube, Amazon Google, and Netflix have data centers that serve the local needs. People in New Zealand don't access data centers in Chile. They use the fastest one, which is generally the closest.

For example, Amazon has several major data centers around the world. Amazon has it's shopping business, but also has a huge business in renting out server space for cloud computing and site hosting, as well as their streaming video and music services. This map shows the eight largest data centers, with the red lines showing where that data center is fastest. Thus all of Africa uses the UK center, and most of South America uses the Sao Paulo data center.

On a flat earth the South Atlantic Express cable will be thousands of miles longer than it should be. That means even more people will be drawn into the ancient conspiracy to hide the true shape of the earth.

It only serves to prove how powerful the conspiracy is.

Z.W. Wolf said:
On a flat earth the South Atlantic Express cable will be thousands of miles longer than it should be.
Click to expand...

And the North Atlantic cables would be shorter. Consider these two cables, Australia/NZ and Canada/UK

In the real world the UK cable is more than twice as long as the NZ cable, but on the flat Earth model, they are nearly the same length. 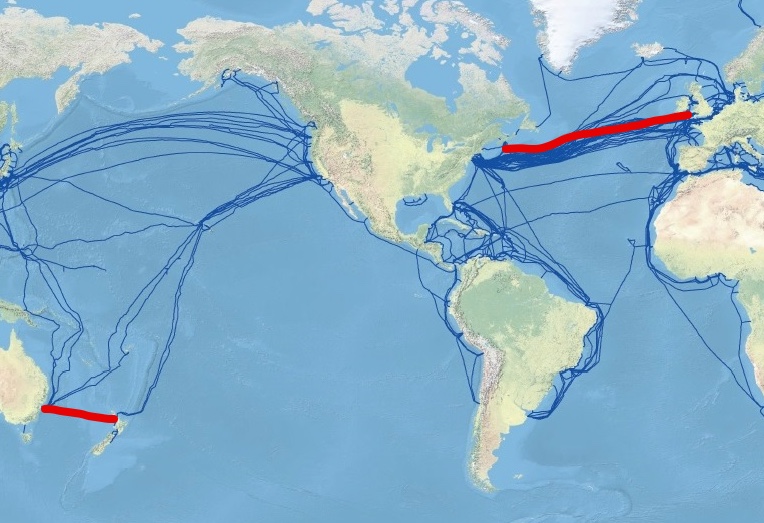 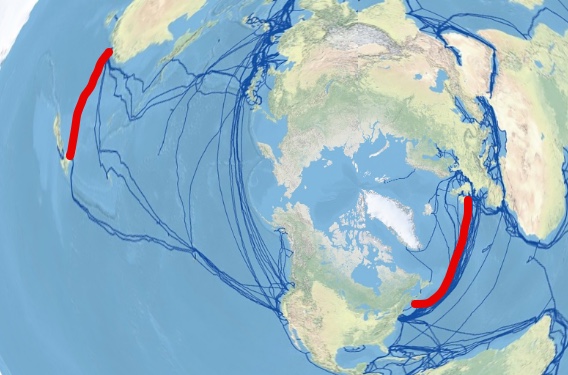 It just needs a large enough distance to work.

It just needs a large enough distance to work.
Click to expand...

So all the flat earthers would need is a submarine and a ruler, and they could measure the cable for themselves?

If they can't believe that space agencies send satellites into orbit - among a thousand other things - how will they believe a cable laying company that says its cable was 4000-miles long, rather than 6000?

Staff member
Yeah, it's not exactly a practical experiment. You have to trust that the the maps are accurate, and who made the maps?

I was wondering if there might be some way a practical experiment could be done with pinging - i.e. measuring the response time between servers on different continents.

Example pining from my desktop


Code:
However it's rather difficult to know exactly where a server is, and exactly how it gets there. You can use traceroute to see steps along the way, for example:

Code:
You can see it's mostly bouncing around SBC/AT&T in the US at 20 to 34ms distance, then gets on the gtt.net backbone, then does the big hop to vocus.net in Australia/NZ at around 155ms. If that's largely due to the distance you can do a very rough estimate of 120ms extra travel time. That's enough time for a laser beam to travel 22,000 miles in a vacuum, but cable signals travel slower, and there are repeater units that boost the signal (and I suspect introduce an additional delay).