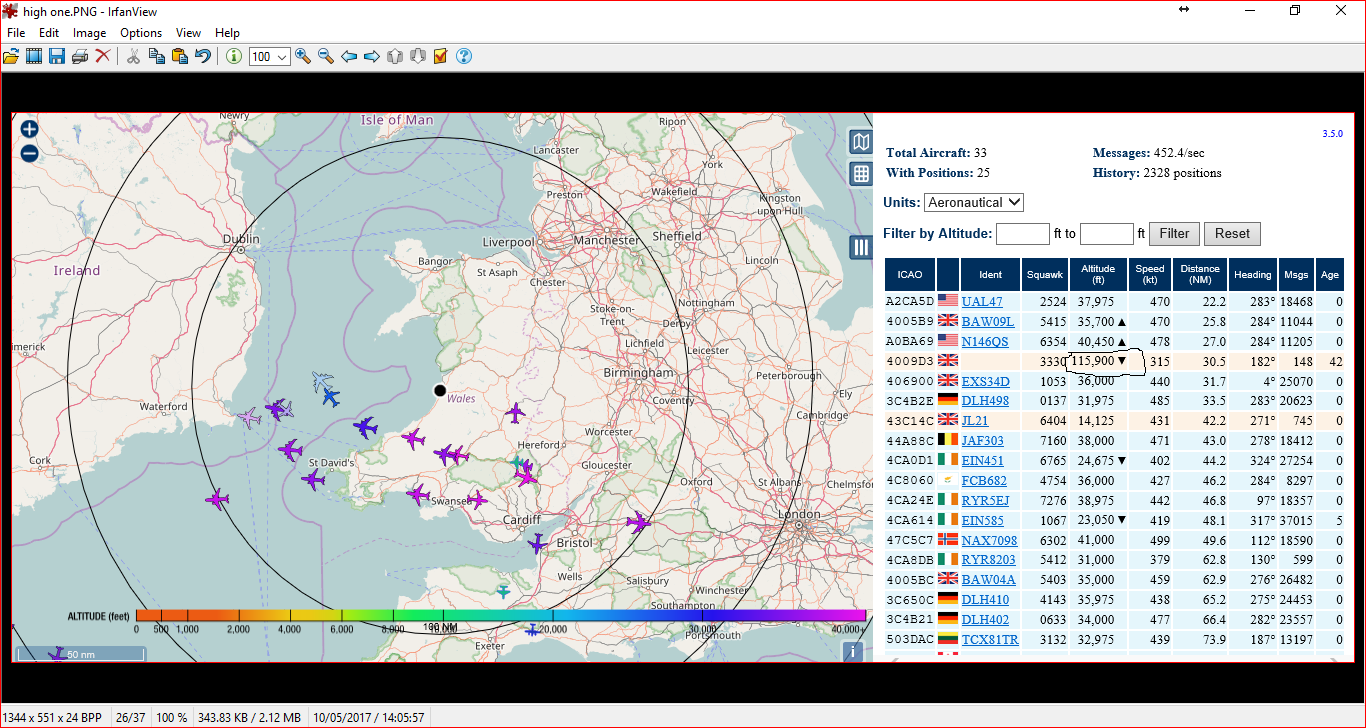 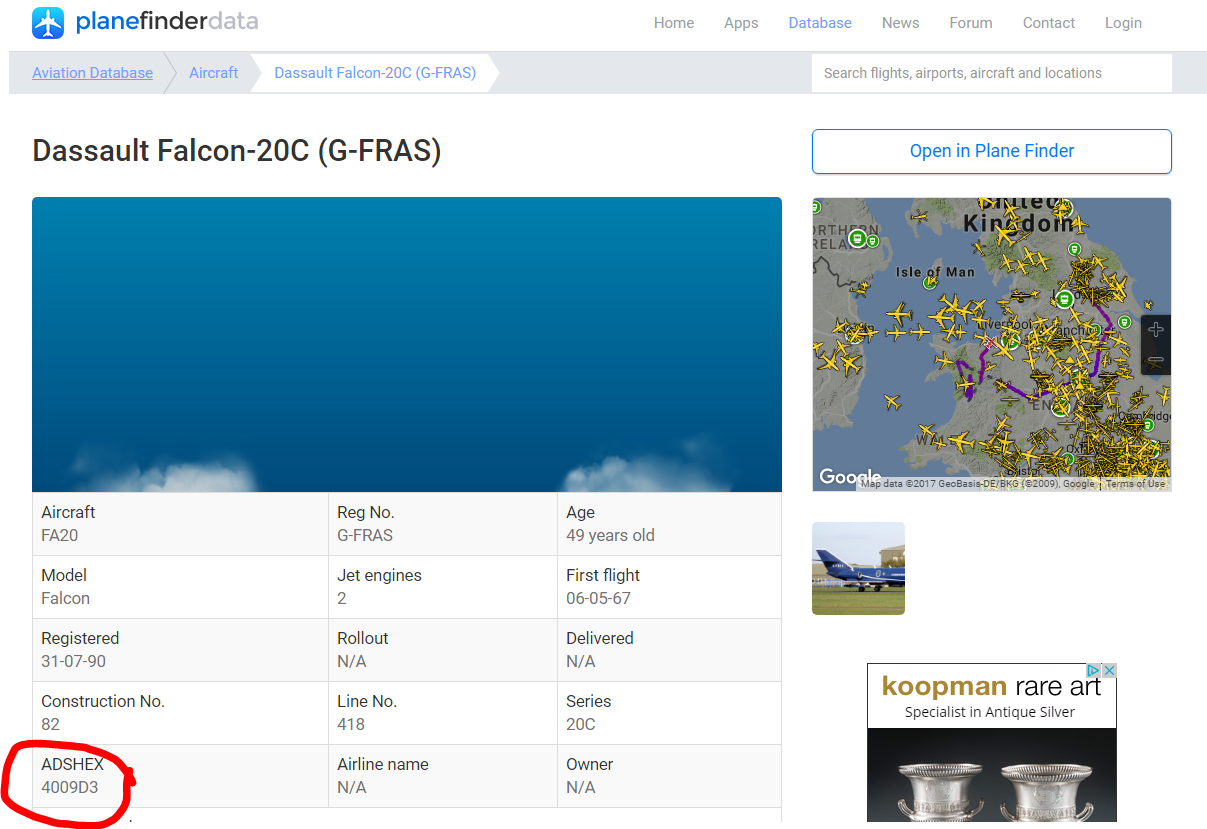 Thanks. It is not the sort of mistake computers make very often.. Can't trust anybody..
Last edited by a moderator: May 10, 2017

Clouds Givemethewillies said:
Thanks. It is not the sort of mistake computers make very often.. Can't trust anybody..
Click to expand...

The Dassault 20 has a service ceiling of 42,000ft, so it's unlikely it was going for any altitude records!

Edit: some discussion of what these Falcons are used for here. They are owned by Cobham Aviation Services and seem to be used for military training exercises.


They are used in many ways. Jamming platforms, simulated anti-ship missiles, Intruders (targets for Quick Reaction Alerts) & Electronic Warfare.Fighter controller training, working with both E-3’s and ground radars as well as AEW exercises

So maybe pretending to be an enemy intruder to test radar responses, etc. Just idle speculation but I wonder if broadcasting false ADS-B data could be part of that?


Edit 2: I thought these planes rang a bell. See this thread: https://www.metabunk.org/unusual-flight-paths-over-sw-england.t6595/ The tracking of these flights does seem to be rather patchy, suggesting they might be messing around with transponder signals to test tracking capabilities. Again, just speculation but it would fit with the stated roles above of "jamming platforms" and "electronic warfare" in a military exercise scenario. Civilian trackers can be fooled, but hopefully the RAF can spot them

Or a more prosaic explanation from @Efftup:


FR24 works off data from the ADS-B transponder if the plane has one. If it doesn't, (and most military don't) then it picks up data from the MLAT radar but needs 4 receivers to pick it up to be able to pinpoint it. So usually below about 5,000ft or in an area of low coverage (out in the English Channel for example) it is just not in range of enough receivers to show up.

I was beginning to wonder if they were targeting me, and regretting not wearing my tinfoil hat this morning. We are on the edge of the drone testing range..
http://www.fraw.org.uk/mei/musings/2014/20140318-west_wales_drones-ecologist.html

Trailblazer beat me to it. Don't trust those Cobham Falcons, they got sneaky counter-measures and are known to sometimes show either phantom ADS-B info (or not at all)
You must log in or register to reply here.