Two glowing balls were seen lighting up the midnight sky over the west of the ex-Soviet republic of Kazakhstan.

The eerie UFO crashed near the village of Bostandyk some 1,000ft from the Zhalpakatal-Karasu highway, say police.

The object “exploded” on landing - causing local houses to “tremble” and igniting a blaze on the parched steppe destroying bushes and grass covering 100 hectares.


The photo basically shows what it is: 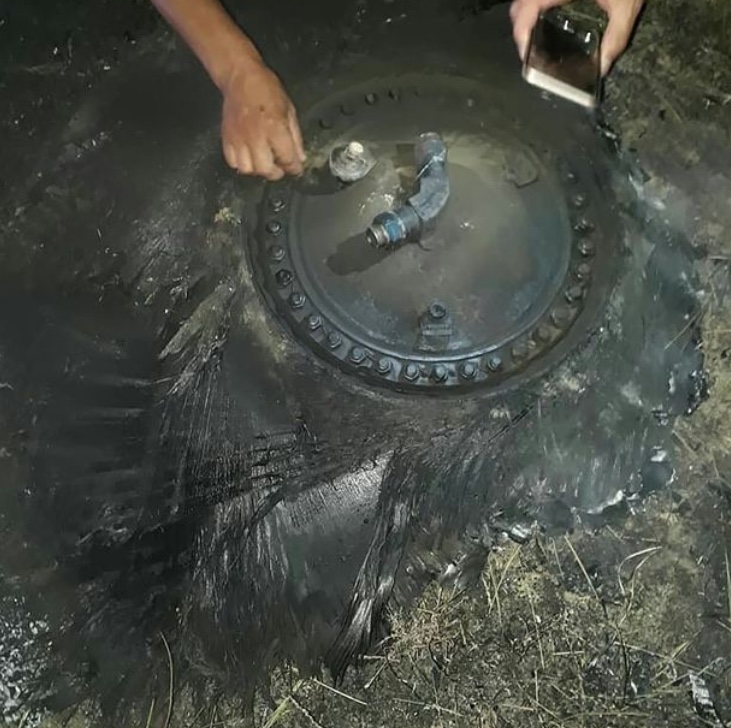 A bolted ring is a common feature on spaceships and rockets, as it provides a very strong seal with no corners. This one is reminiscent of another UFO that turned out to be a bit of a Chinese rocket: 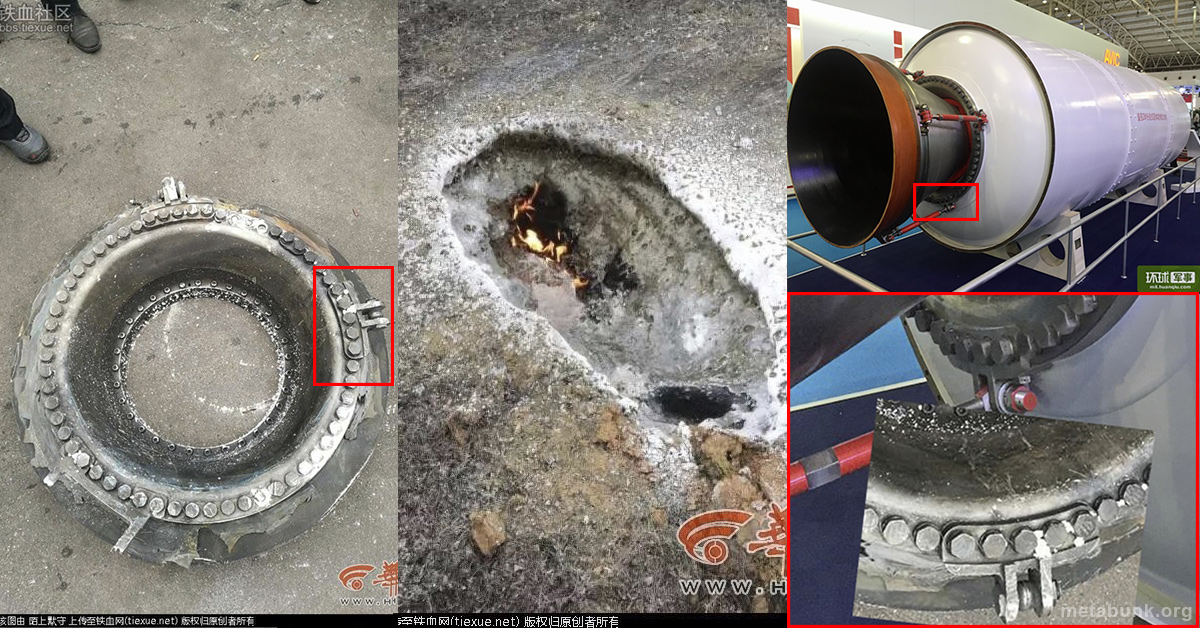 Another picture from that case should ring some bells with the current one: 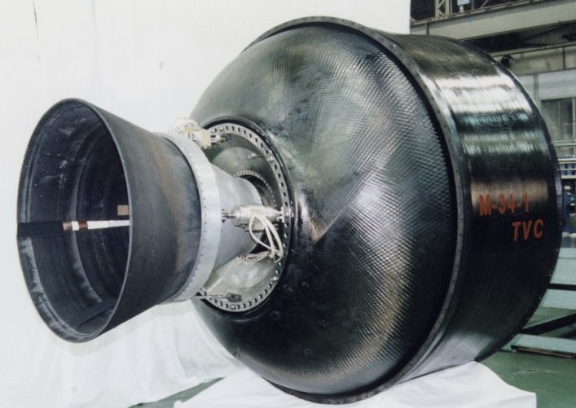 Notice here the criss-crossing fibers, just like in the Russian case. 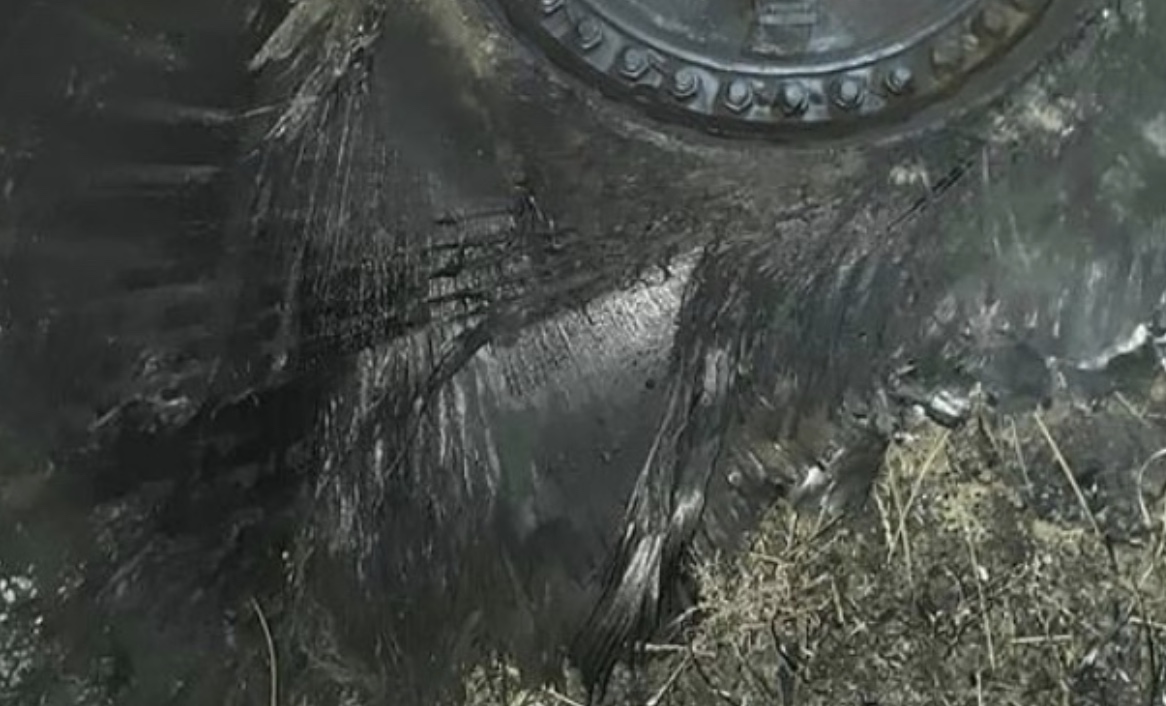 So what we have here looks like a human made carbon-fiber composite fuel tank - a high pressure container for liquid gas like hydrogen or oxygen. This is probably the top (i.e. the end opposite the nozzle)

So the best suspect would be this one...

Nice Find Whitebeard.
Its nothing new for russian rockets to end up on land somewhere (sometimes even in small towns) and there are people specialised to go and find those discarted stages and salvage whats useful.
There's a documentation about this (and yeah.. the first space tourist) it was called "space tourists" and is from 2009.
G

If one of these fell from the sky, and you'd never seen or heard of one before, I can see where you might think it was a UFO. They're obviously manufactured items, so the first thing some people think of is that they were made by aliens.

The explosion of the SpaceX Falcon 9 a couple of years ago was found to be caused by the failure of a helium composite over wrapped pressure vessel that pressurized the LOX tank. They're commonly used in space applications because of lighter weight than standard tanks, but also have been known to have issues, such as with the Falcon 9. As I recall, there were efforts some years ago to develop composite hydrogen (fuel) tanks without the aluminum liner that were troublesome because of leaks, due to the small hydrogen atoms and cryogenic temperatures.

The Long March series (except the LM5, China's heavy lifter) uses a hypergolic fuel rather than a cryogenic one like the Falcon 9, which on the one hand prevents failures of the type that destroyed the above mentioned Falcon 9, but on the other hand means any debris like this can be very dangerous, with unreacted fuel being highly corrosive and both the unspent fuel and many reaction products being toxic.

This would also be consistent with the witness accounts. The UFO exploded and spread fire after impact - the tanks clearly ruptured, releasing the fuel components. Anywhere the fuels came into contact they would react violently. Close to the point of release most of the fuel would react in the explosion, but just the heat of the burning fuel won't ignite any remaining fuel, it has to touch the other component, so at least some was sprayed over the area and ignited less violently on the ground. There is likely some unspent fuel around, just walking around or touching the tanks can be enough to light yourself on fire as surface residues react.


Several workhorse rockets of both Roscosmos and the ESA use hypergolic first stages as well, so this is pretty consistent with many conceivable sources.
You must log in or register to reply here.