This doorbell camera footage from April 27 was posted by someone in the Netherlands on the "Ufomeldpunt" (original post here: https://www.ufomeldpunt.nl/melding/10770-ufo-met-vreemd-pad-door-de-lucht). From 0:10 onwards you can see what looks like some sort of "spark" flying across the sky:


What do you think of this? My first impression was a digital fake, because to me it looks like someone moving their cursor across the screen, with some kind of "particles" effect added to it. However, the original poster stresses that the footage has not been tampered with, and I see no reason to disbelieve them.

So what else could this be? Fireworks would seem an option (although no sound was heard), but one of the comments suggests it could be an insect flying by, with the "particle" effect being merely a camera artefact. This sounds plausible to me: note how the individual particles in the object's "tail" do not seem to move along with the object itself, but stay in the same location before fading out; this is especially apparent around 0:12-0:14. This could indeed mean the tail is simply an afterimage; perhaps something to do with IR light?

Does similar footage exist which corroborates this explanation? I'm curious to hear your thoughts on this.

The linked original post provides the exact location of the camera, the environment of which is on Google Street View. Note that the doorbell fisheye camera has a much wider field of view than the screenshot below. As the object was not obscured by the top of the building in the middle and the tree in the front of it, it is almost certain that the object passed close to the camera and therefore was very small. 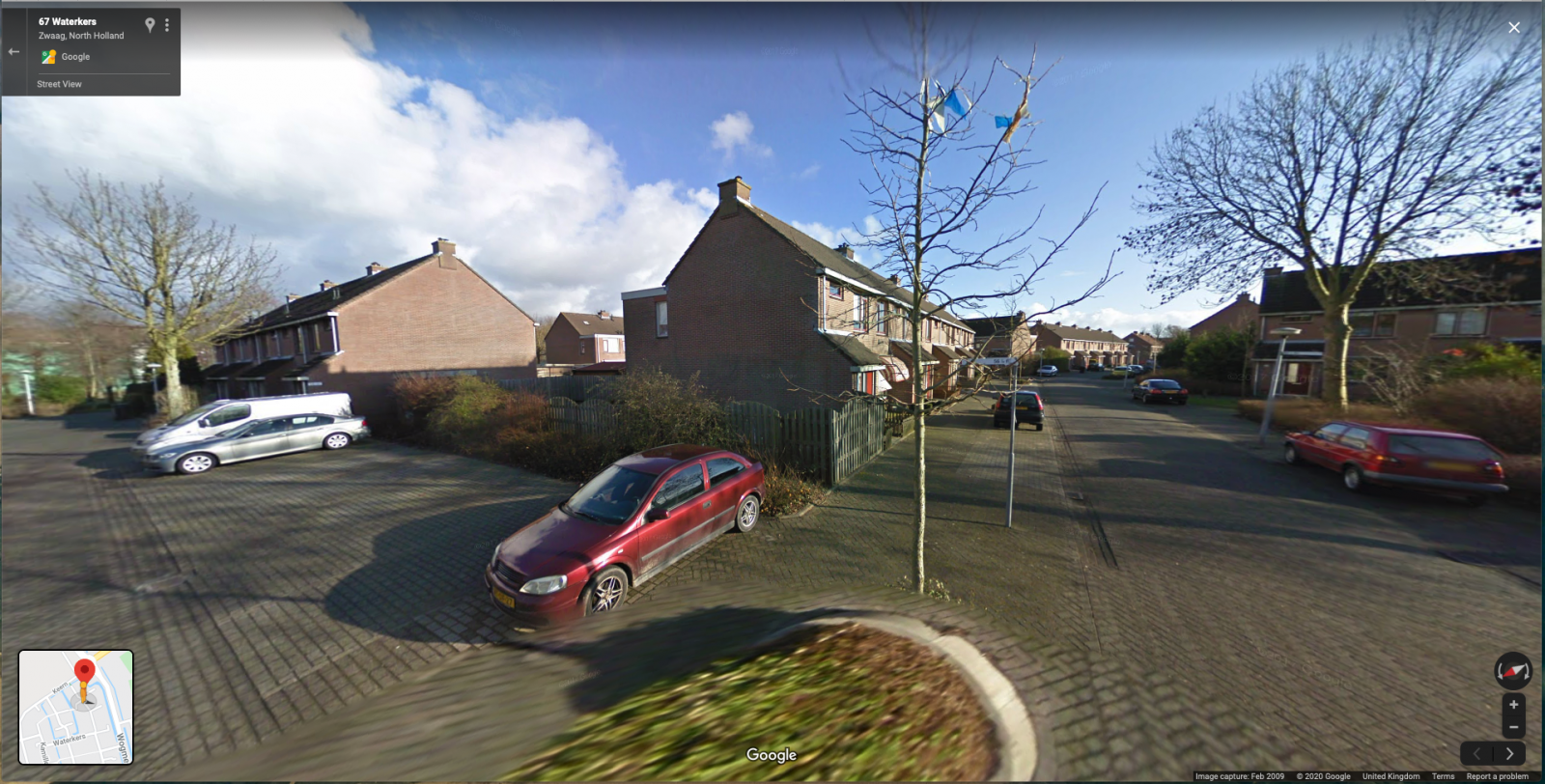 Trailspotter said:
The linked original post provides the exact location of the camera, the environment of which is on Google Street View.
Click to expand...

Good one! Thanks.
R

I scaled the StreetView image to match the ring doorbell image as best as possible. The object passes above the chimney from the perspective of the doorbell footage, but it definitely goes in front of the tree.

The timestamp is frozen at the bottom of the video, but this is standard for what seems like most of the Ring Doorbell models. I viewed other footage of innocuous videos on YouTube where the timestamp doesn't move. I believe it only timestamps from the start of motion detection or doorbell button push. Probably a feature to save battery life.


It looks exactly like a small insect very close to the camera, brightly lit by the IR lights on the camera.


Radapox said:
Does similar footage exist which corroborates this explanation?
Click to expand...

Right in this video, we see the evidence of strong compression with frame-to-frame persistence. So the trail is simply an artifact.

Mick West said:
Right in this video, we see the evidence of strong compression with frame-to-frame persistence. So the trail is simply an artifact.
Click to expand...

Wonderful; thank you Mick! I hadn't even noticed that.
You must log in or register to reply here.