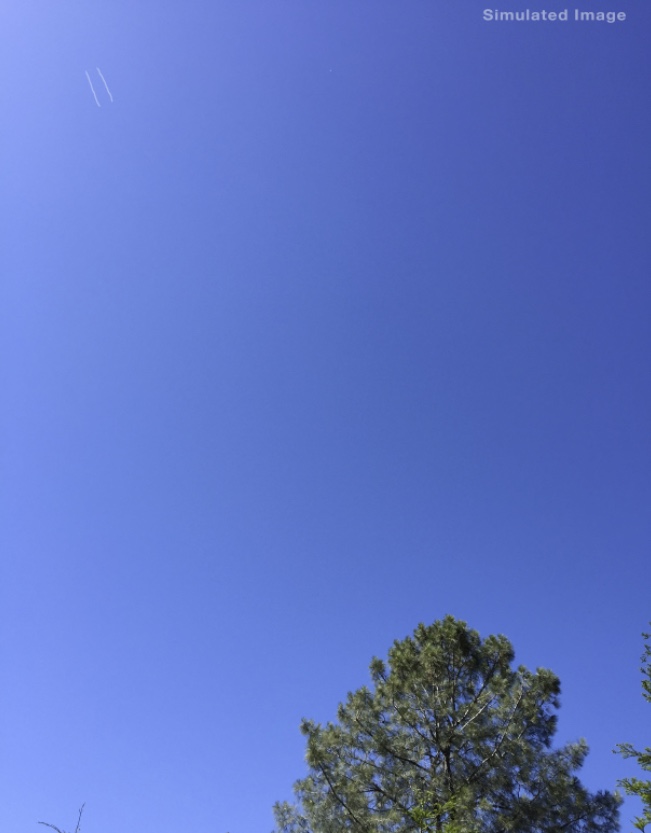 The above image is a recreation of what I say yesterday, as unfortunately the trails had faded before I had a chance to grab my camera. I did not see the plane, but was told it was from a simple plane traveling north. Had I not been told this, I would have assumed that it was from two fighter jets traveling in formation.

The trails were almost directly overhead, maybe 5° off the vertical, and i was in Shingle Springs, California. A quick look at Flightradar24 showed the culprit. 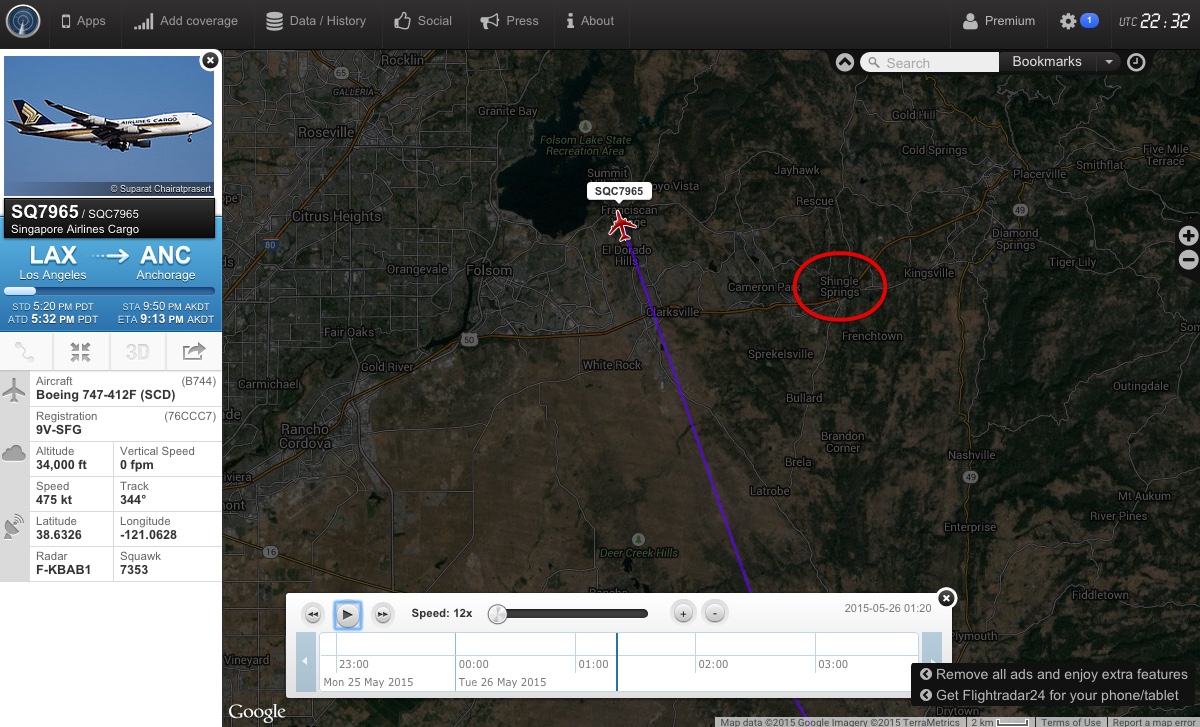 An unusual 747 overflight, nearly directly overhead. SA7965, a cargo flight from Los Angeles to Anchorage, Alaska. The two trails must have been remnants of a hybrid contrail (exhaust contrails entrained and amplified by the wake vortices) that happened to be a bit more persistent because of a more humid patch of air.

I had originally mistaken it for two contrails (from separate planes) as they were so far apart. However the 747 has a very wide wingspan, and when it is directly overhead, then the wake vertices will visually be quite separate.

Could this have been wingtip/control surface vortices due to the change in course, Mick? Playback shows a change in heading from 334 to 346 degrees.

TEEJ said:
Could this have been wingtip/control surface vortices due to the change in course, Mick? Playback shows a change in heading from 334 to 346 degrees.
Click to expand...

Interesting. A change in course might also involve a slight change in power, and hence might make a bit more contrail.

I never seen anything like this myself, but I doubt that these are remnant of hybrid contrails. If not for a possible FR24 identification, I'd say that these trails could be left by two fighter jets disconnecting from a tanker after air-to-air refueling.

Staff member
I asked my eyewitness, and they said it was a plane leaving two distinct short trails. The trails were nor persisting. Suddenly the trails persisted in one spot as the plane flew on. They drew this image of what it looked like: 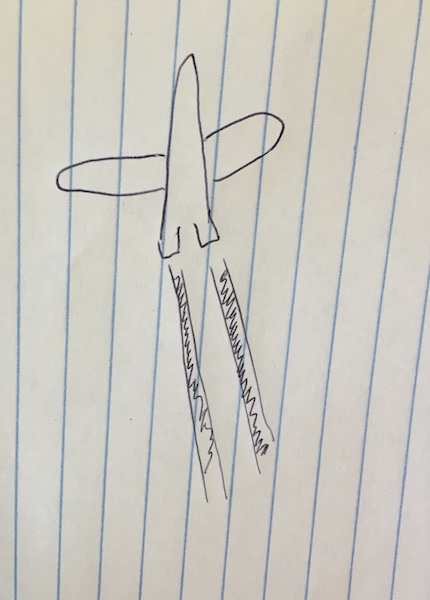 Staff member
And a 747 can have very distinct contrail paris that look like two contrails. Here's and actual 747 contrail overlaid (although scale is uncertain) 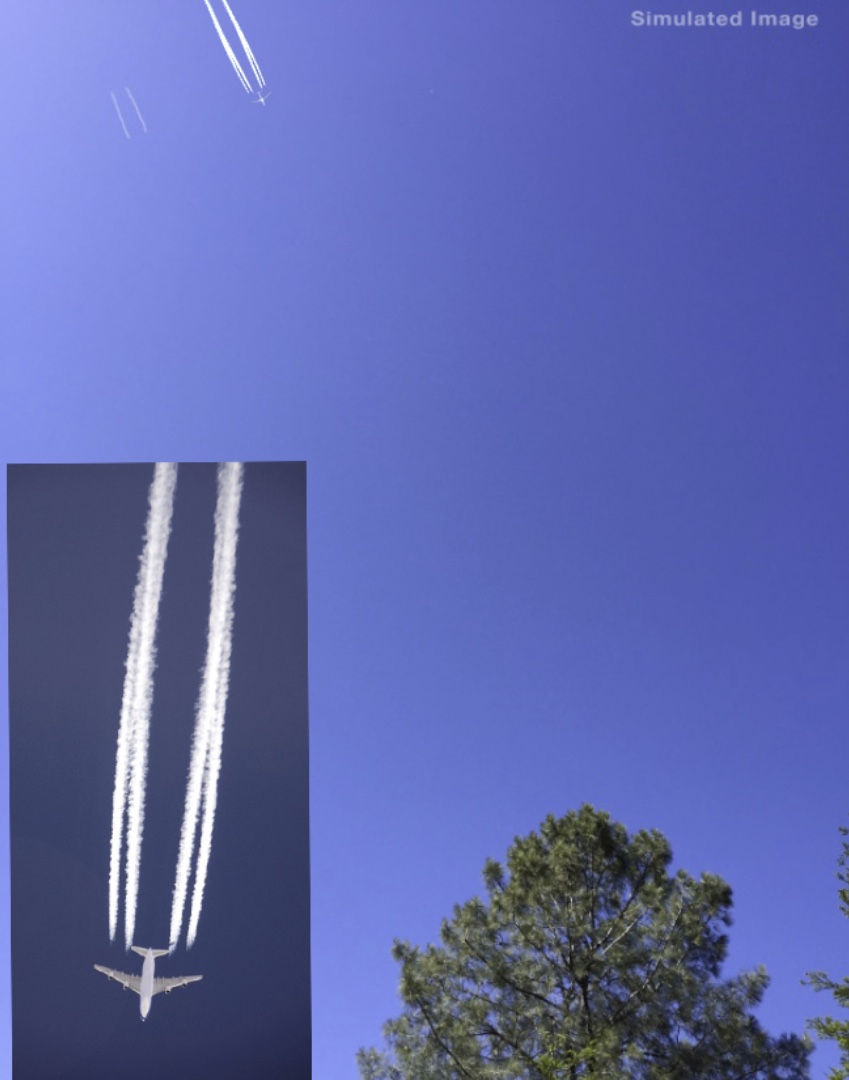 Mick West said:
And a 747 can have very distinct contrail paris that look like two contrails
Click to expand...

YOU mistook a 747s contrails for 2 planes? How much did you have to drink this weekend?

deirdre said:
YOU mistook a 747s contrails for 2 planes? How much did you have to drink this weekend?
Click to expand...

Quite a bit However I didn't see the trails until they were just two very distinct parallel segments, as in the OP. I've never seen anything like that left from a single plane.

I've seen tons of things like this in my aviation career. When an airplane flies through a small region of air where the pressure/humidity is different than the surrounding air, then trails can appear and then disappear. Completely looks like you are turning them on and then off. I've often witnessed this up close while flying in formation with multiple aircraft. You can see contrails spontaniously generating off props and wingtips.
You must log in or register to reply here.